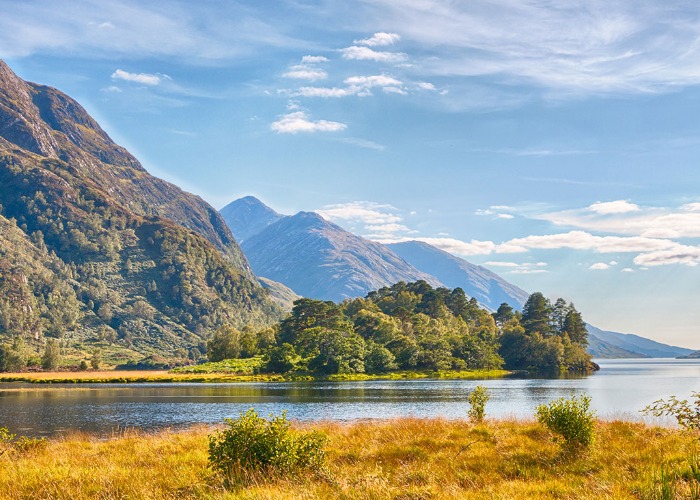 The secret is out: as Lonely Planet pinpoints the Scottish Highlands and Islands as one of its top destinations for 2019, writer Sally Coffey selects her best places to experience its raw beauty and deep-rooted culture, be it during the never-ending summer days or the dark and brooding winter nights.

Nowhere is Scotland’s brave and troubled history felt more keenly than in its Highlands and Islands, where clans fiercely protected their ancestral lands for as long as anyone could remember before being unceremoniously cleared from their townships following the doomed last Jacobite rising of the 18th century.

But while the past permeates throughout the region like the mists that cloak its mountain peaks, in many ways it feels like now is the time we need it most in our lives. 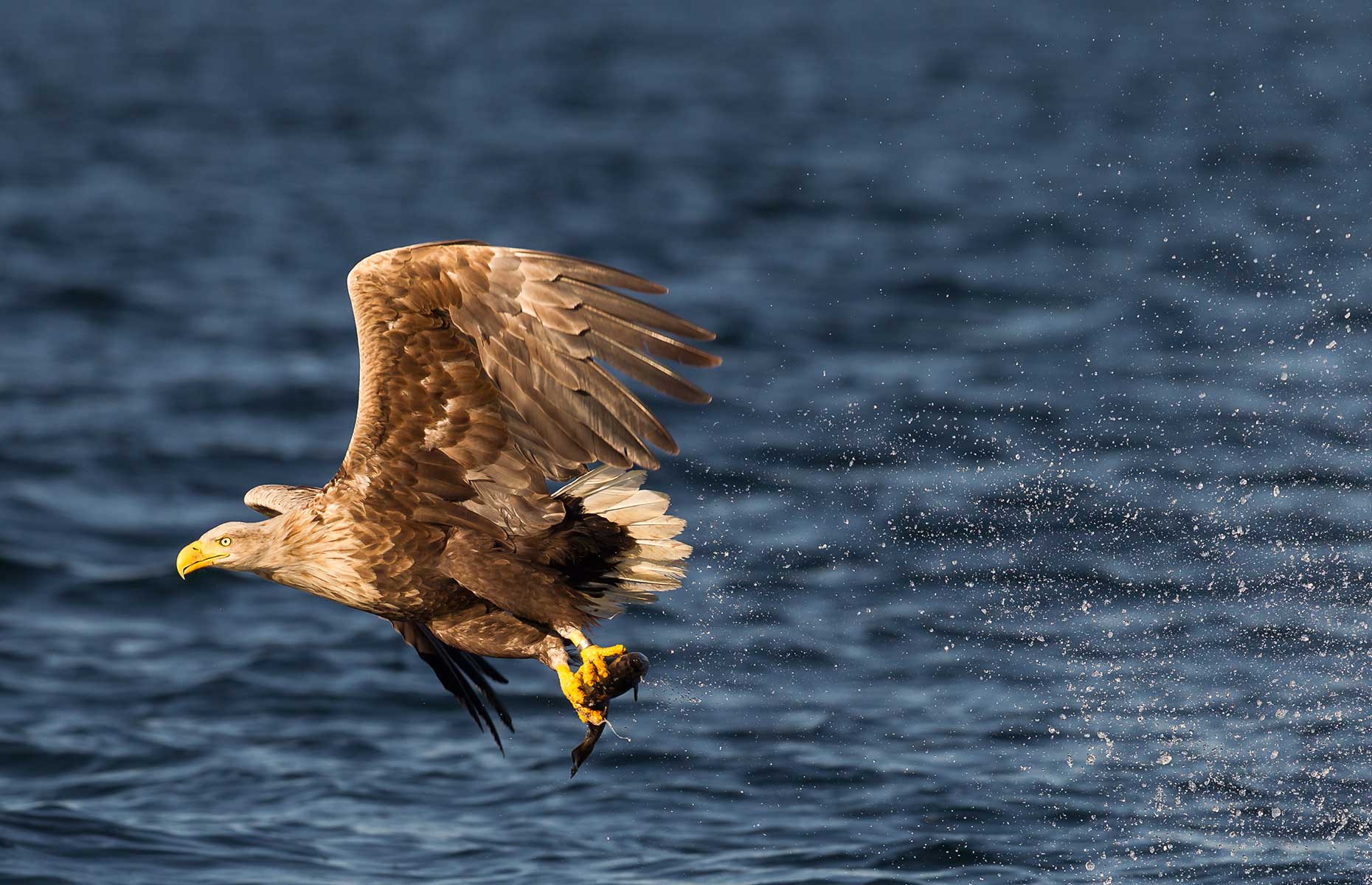 In a fast-moving world there is something grounding about a place that has remained remarkably unchanged in millennia and where you can find absolute solitude. It’s the ultimate destination for slow travel, whether you want to wild camp, see wildlife – eagles, puffins, whales, red deer, pine martin, red squirrels – find forgotten settlements, or simply take your time sampling the many different single malt whiskies produced here, preferably in a cosy time-worn inn.

Here's our nine not to miss...

If you’re heading into the Highlands it’s pretty hard not to travel through this vast valley – arguably Scotland’s most sublime – where mighty munros reach for the clouds, making you feel wholly insignificant. 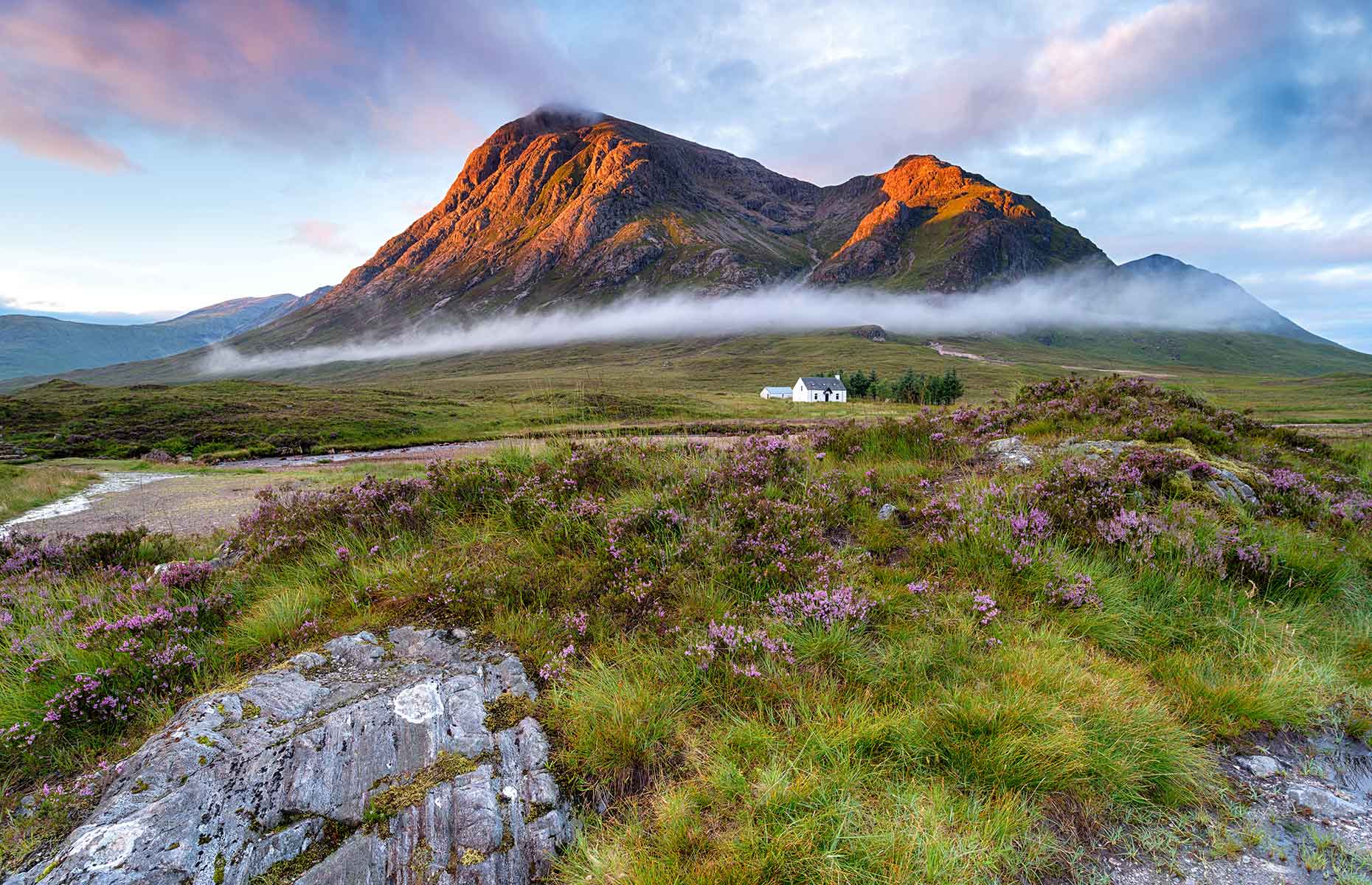 It’s particularly arresting when viewed for the first time after leaving the barren wilderness of Rannoch Moor as you head west through the glen en route to Fort William, home to Scotland’s highest mountain, Ben Nevis.  As the road twists and curls round the edge of plummeting gorges, you’ll want to stop to take a thousand photos but none will fully do this place justice.

READ MORE: Places in Scotland to avoid the crowds

If you’re not coming by car there is simply no better way to travel into the Scottish Highlands than along the West Highland Line, easily one of the world’s most scenic train routes, and in spring and summer you can complete the most westerly section on board this nostalgic steam train. 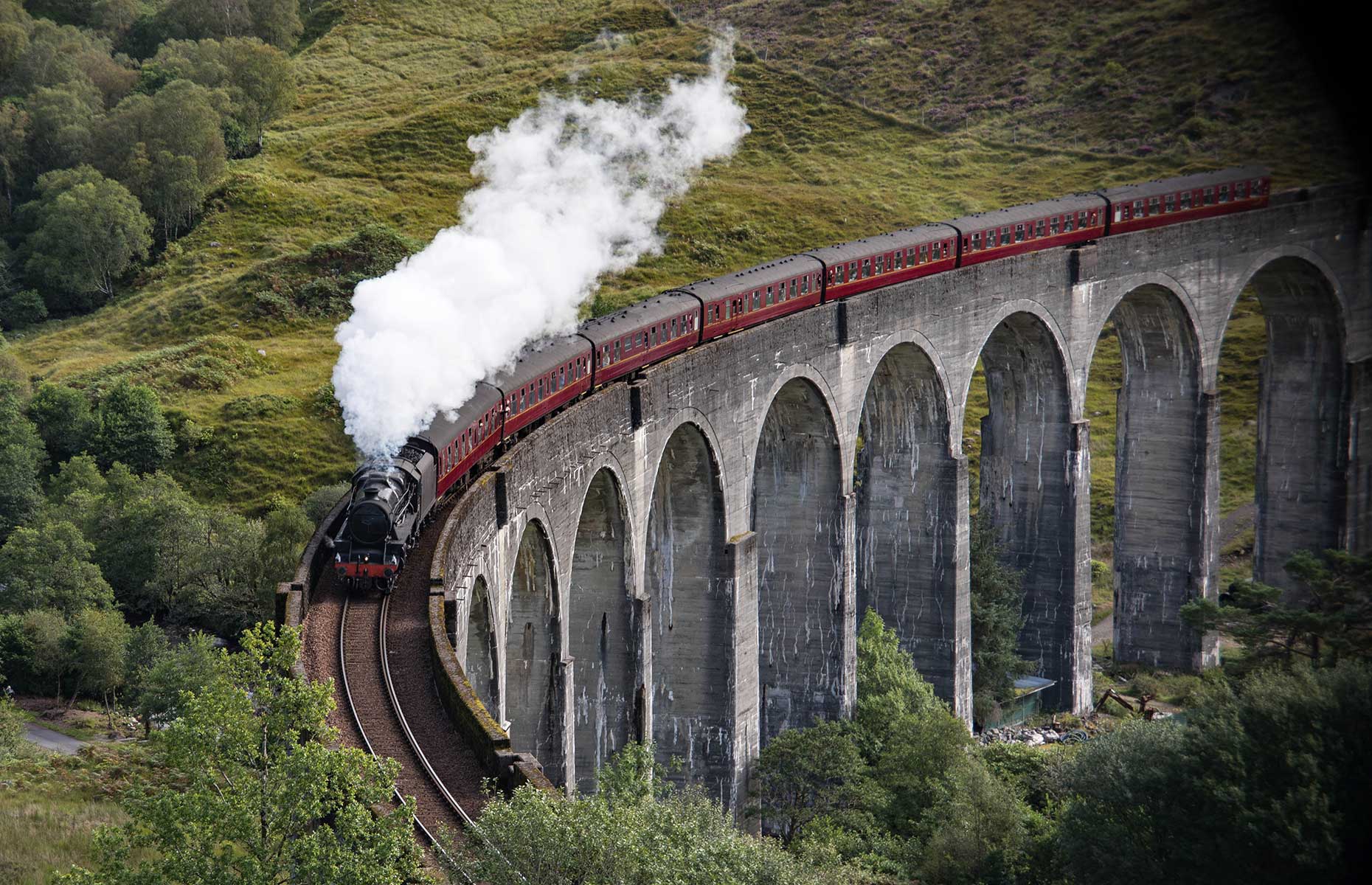 You may have to fight your way to a seat amid the flurry of Harry Potter fans – the train was used as the Hogwarts Express – particularly when you cross the iconic Glenfinnan Viaduct, but book a left-hand window seat in first-class and you’ll be so floored by the sight of Loch Shiel and the poignant Glenfinnan Monument (a tribute to those who lost their lives fighting the Jacobite cause) that you’ll barely notice them.

Perhaps the greenest place you will ever visit, Mull’s numerous emerald mountain slopes are broken up only by the occasional shock of white as waterfalls tumble down their sides.

The main town of Tobermory, characterised by the row of colourful buildings that line its pretty harbour, is a good place to jump off the isle and embark on a whale-spotting trip (minke and orcas are regularly sighted). 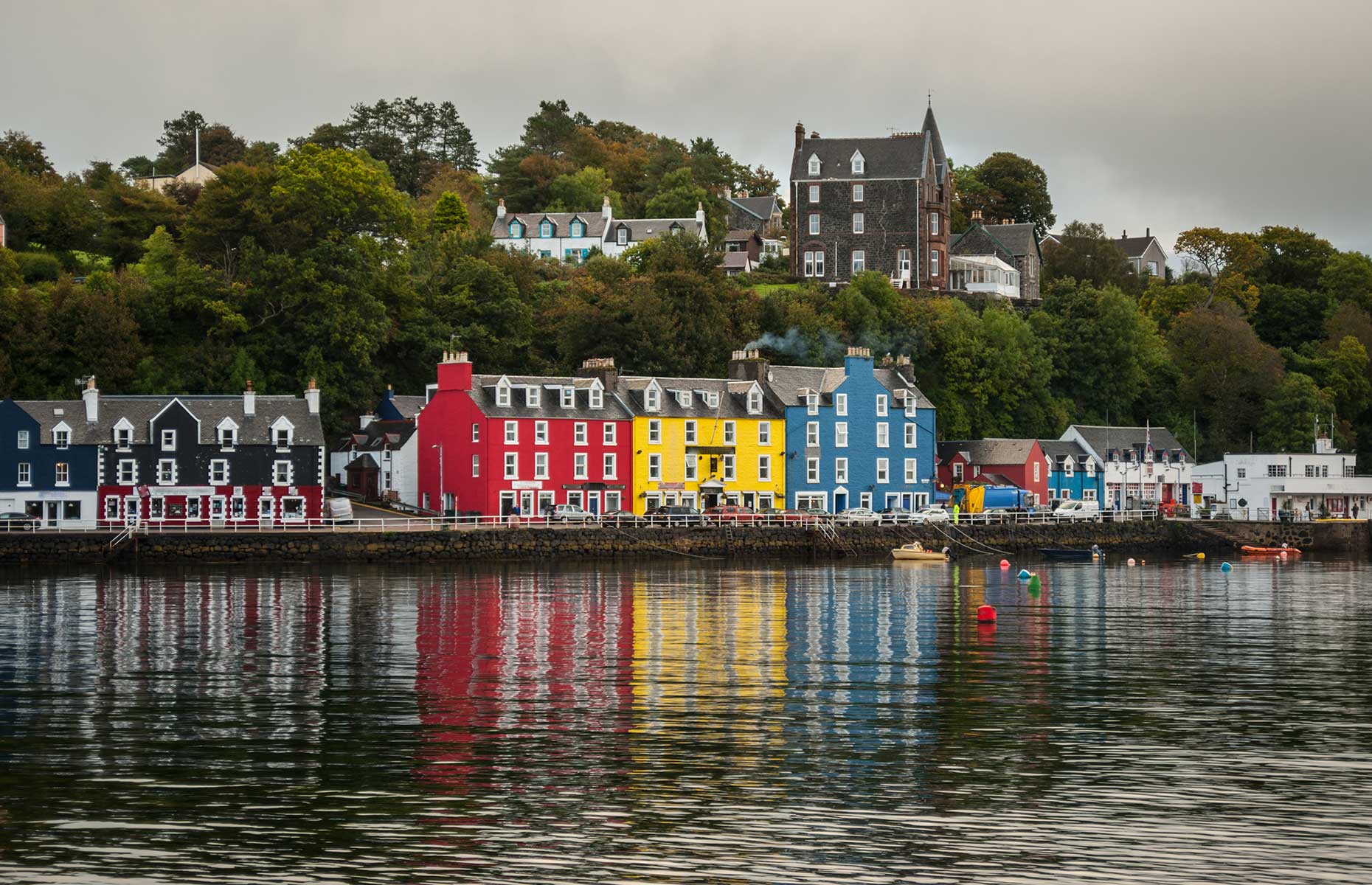 But make time too to go on a trip with Mull Eagle Watch to see Mull’s white-tailed eagles, once hunted to extinction, which have been successfully reintroduced here in recent decades.

From Mull it’s just a 10-minute ferry ride over to the teeny island of Iona. Known as the ‘cradle of Christianity’ thanks to its abbey, founded by St Columba in the 6th century, today it offers a real escape from the modern world. 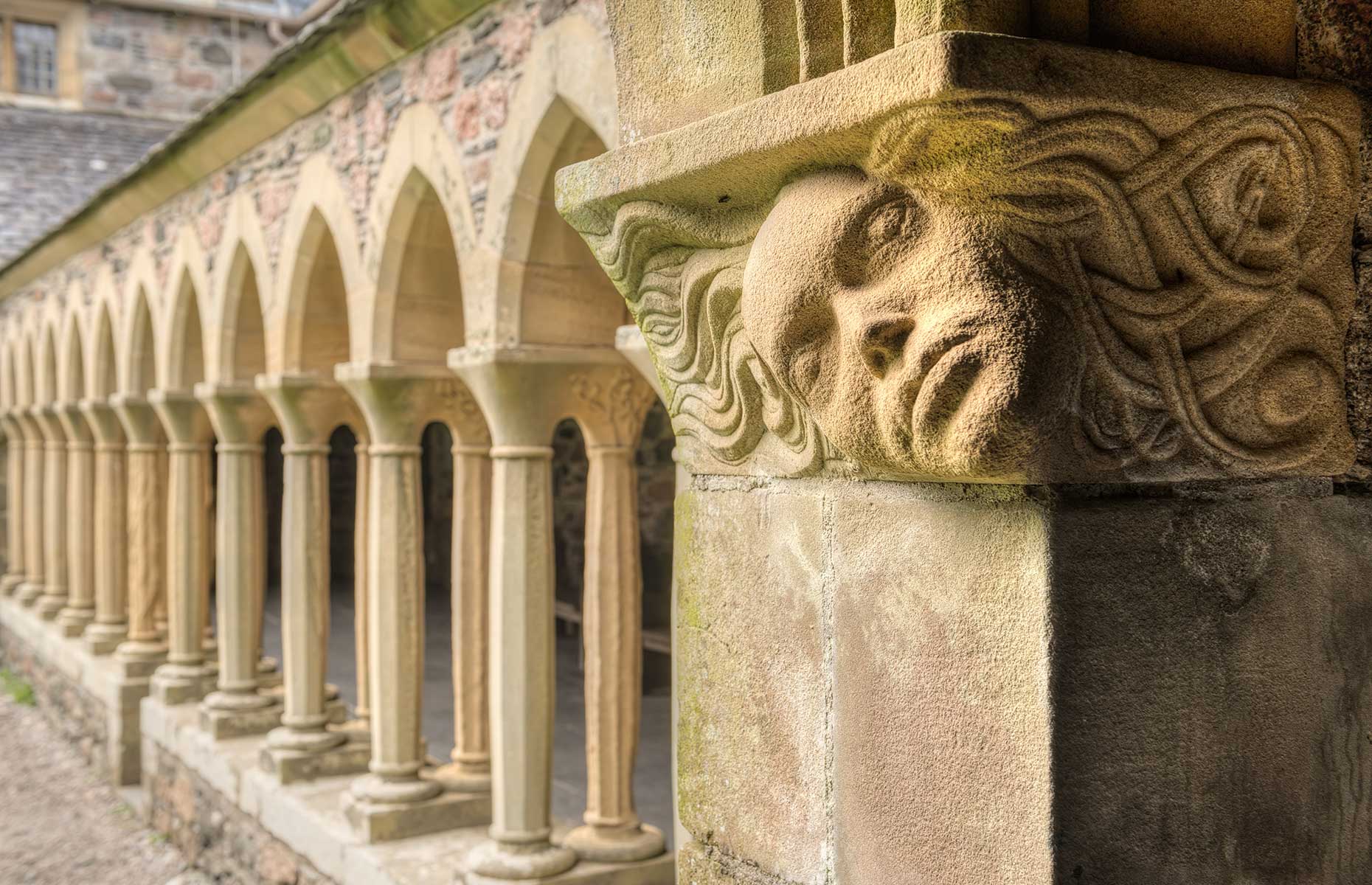 Don’t come for the day: wait until the last of the day trippers have disappeared and bed down in your own wooden hut at Iona Pods in the shadow of the hill Dun I – worth ascending for views of the abbey – and in the morning set your alarm to take the 10-minute walk through a field of sheep to the White Strands of the Monks (Traigh Bhan Nam Monach), a glorious snow-white beach that you will have all to yourself. 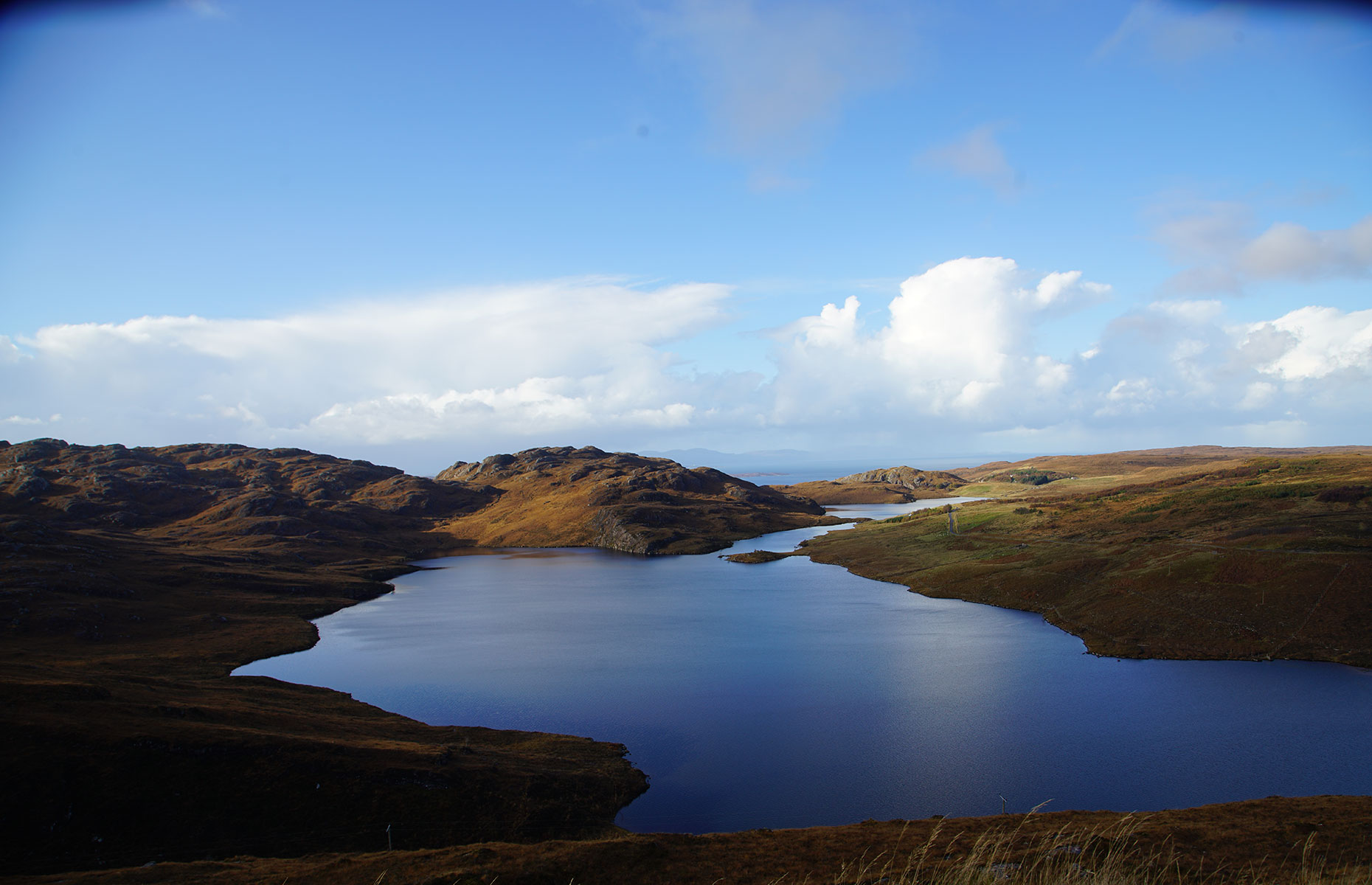 This region on the northwest coast of the mainland is Scotland in its rawest form. Here, the rugged rocks that flank the vibrant blue sea lochs are the oldest in all of Scotland. A largely inhospitable terrain, it’s nonetheless an exciting adventure land: the steep mountains around Beinn Eighe near Torridon make for tremendous hiking, and the old cattle pass of Bealach na Ba, which skirts precariously over deep drops, is surely the scariest road you will ever drive along. Reward yourself after a day of knee-trembling exploits with a stay at the Torridon Hotel & Inn one of the most welcoming Highland hotels imaginable.

You might think there’s little secret about Skye – it’s most popular attractions of the Quiraing, the Old Man of Storr (pictured), and the magical Fairy Pools are well documented.

However, it is also possible to escape the tourist throngs. The drive from Broadford to Elgol through the Cuillin mountain range, is one of the best road trips nobody knows about and if you don’t want to rush things, stop at the old crofter’s cottage of 10 Torrin, about halfway down, for a day or two to thaw out and warm up by the fire. 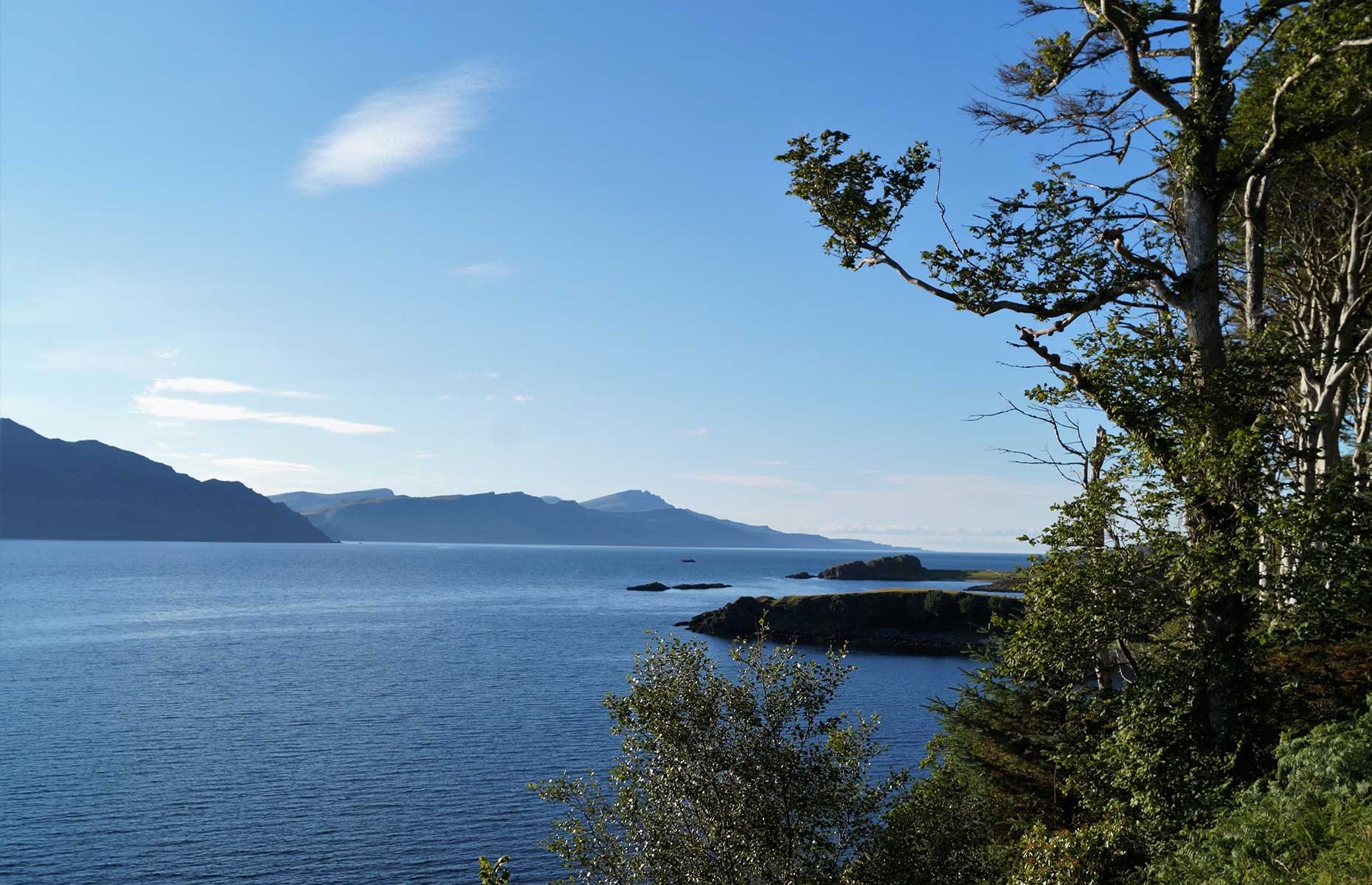 Long ignored by travellers who whizz round the Isle of Skye, oblivious to the small isle that lies just off its east coast, Raasay may soon see visitor numbers rise thanks to its new distillery, which forms part of the new Hebridean Whisky Trail. Raasay was hit hard by the notorious Highland Clearances and today the population stands at around 160. Aside from the distillery, the cleared village of Hallaig is haunting, there are beautiful and empty beaches, and Calum’s Road on the north of the isle is the result of one man’s incredible endeavour to preserve the way of life he had always known.

On this isle of two halves, you get two destinations in one. On Harris at the southern end you can see the famous Harris tweed being made in the home of one of its weavers and visit the most beautiful white sand beaches this side of the Caribbean along its west coast. 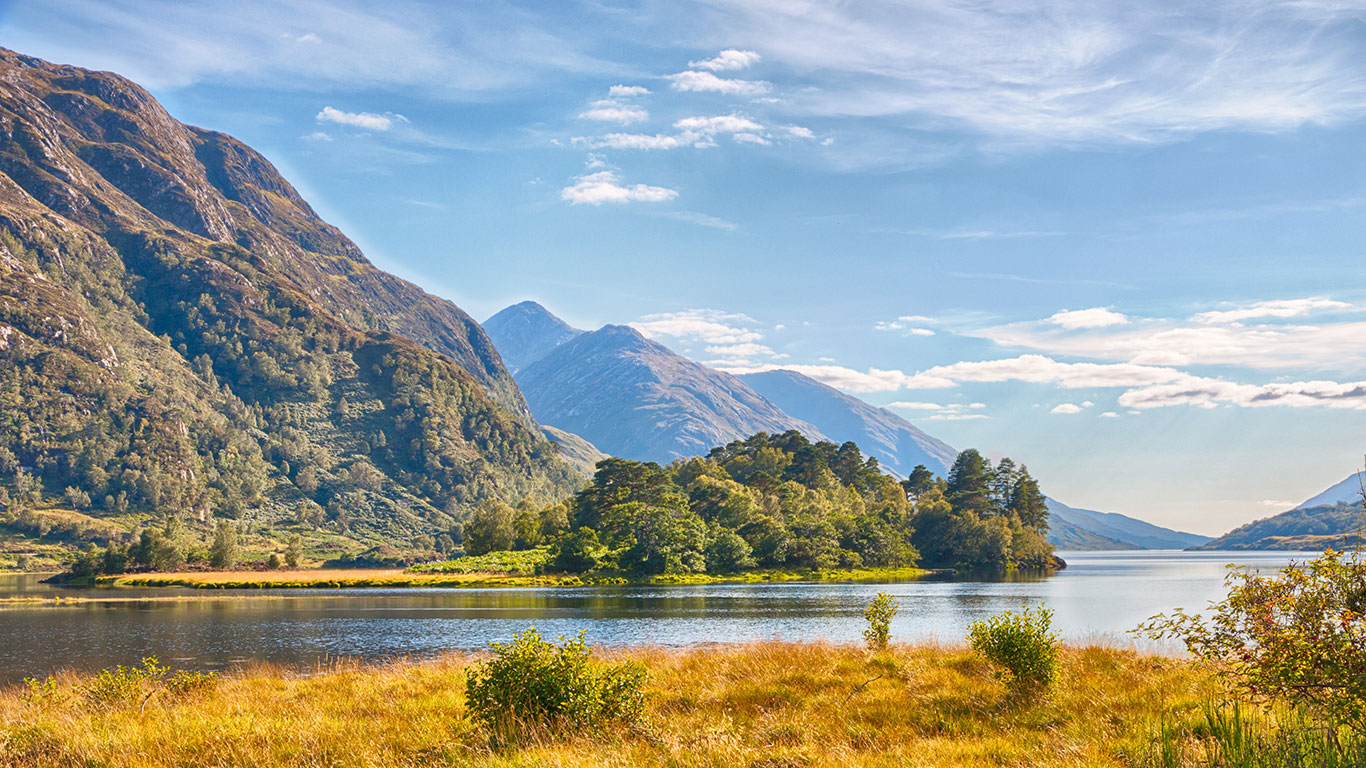 The north half of the isle, Lewis, is home to the Calanais Standing Stones, which could give Stonehenge a run for its money. Not to be outdone by Harris, it also has beautiful beaches and at Ardroil Campsite you can pitch up at the top of the dunes overlooking Uig Sands for the princely sum of £5, perfect for those long summer nights.

If it’s whisky you’re after it’s to Islay you should come, home to no fewer than eight distilleries (with more planned), which are renowned for their peaty flavour. 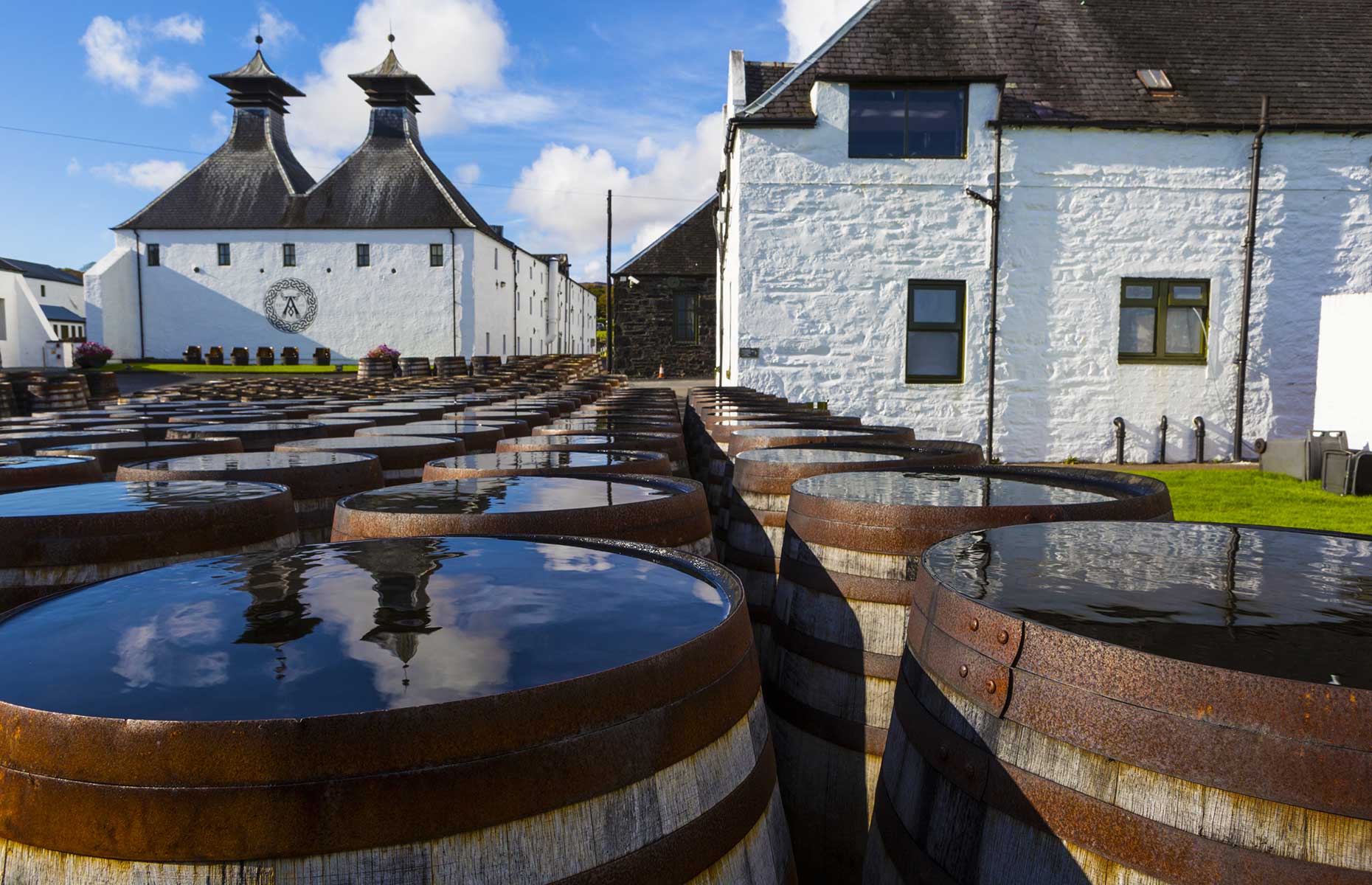 Islay is also a great wildlife haven. Spend a night at Coillabus Ecoluxury Lodges on the Oa Peninsula and you will hear red deer roar at night in autumn and see eagles and buzzards soar in the sky year round. In autumn or winter, when it gets dark early, run yourself a bath in the outside tub (yes really), turn off all the lights inside and sink into the hot water as you gaze up at the Milky Way.