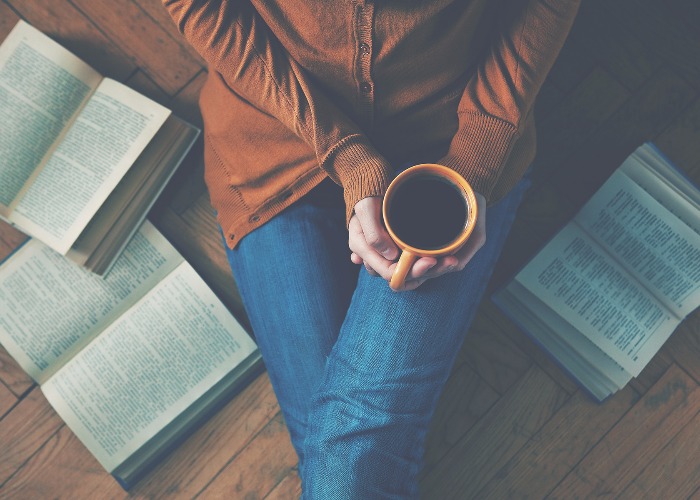 Our pick of the best travel books that will get you inspired for your next adventure.

Travelling can be one of the most rewarding experiences in life but not all of us can afford or have time to go away as often as we’d like. Thankfully, there are books that can whisk you away to faraway lands during your morning commute. From travel guides and memoirs to fictional stories, here are 21 books to give you serious wanderlust.

For the hikers: Wild

Written by Cheryl Strayed, who hiked the 1,100-mile long Pacific Crest Trail alone in 1995, Wild is a memoir about yearning for freedom. It’s heartbreaking and uplifting throughout the book as you journey alongside the writer as she faces many challenges along the way. We hope you have your hiking boots ready – it may well make you want to run away for a soul-searching trek of your own. 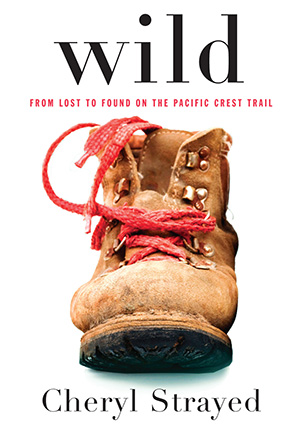 In September 1960, John Steinbeck and his French poodle Charley set out on a road trip across 40 states in a bid to re-discover America. From racial tensions in the South to industrial change in the north, Steinbeck captures the brutally honest yet at times humorous essence of 1960s America. 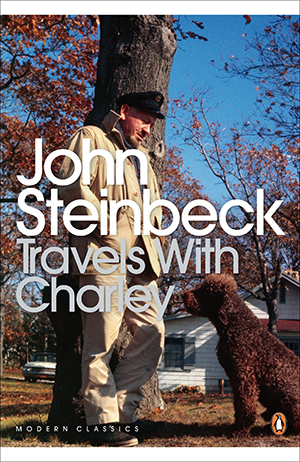 For an epic train journey: The Great Railway Bazaar

Paul Theroux’s writing is filled with such vivid detail, you’ll feel like you’ve travelled back in time to the 1970s when he embarked on an epic train journey from London to Japan. His adventures aboard the Orient Express, the Mandalay Express and the Trans-Siberian, the places he visits, and the unusual foods he eats all make for a brilliant travelogue. We can’t write about Paul Theroux without mentioning Dark Star Safari, his excellent account of a trip from Cairo to Cape Town. 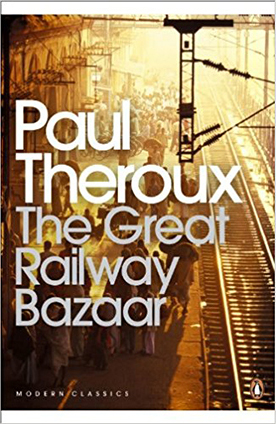 For nature lovers: The Snow Leopard

A master of language, Peter Matthiessen perfectly captures the spirit of Himalayas. This travelogue is a beautiful and deeply moving account of his two-month search for the seldom-seen snow leopard in the Dolpo region of the Tibetan Plateau. If there was ever a book that proved the age-old cliché that it’s all about the journey rather than the destination, this is it. 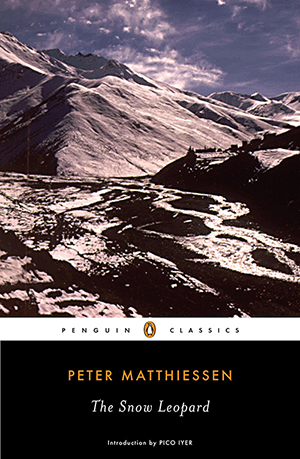 For overland adventures: A Fortune-Teller Told Me

Born in Florence, Tiziano Terzani was an experienced jet-setting Far East correspondent for German newspaper Der Spiegel. That was until 1976 when a fortune teller in Hong Kong told him that he mustn’t fly in 1993 because he’d be in grave danger of dying. Sixteen years later, Terzani hadn’t forgotten the warning so he decided to heed it. He spent the year travelling in East Asia on foot, by boat, bus, car and train – anything but a plane, which helped him see the familiar region in a different light. 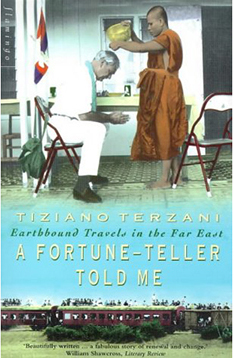 For a classic piece of literature: On the Road

One of the most influential novels of the 20th century, On The Road chronicles Jack Kerouac’s travels across America with his friends. A defining work of the post-war Beat generation, this book encapsulates America in the late 1940s – youth, jazz, drugs, music and freedom. Although challenging, it’s a must-read. 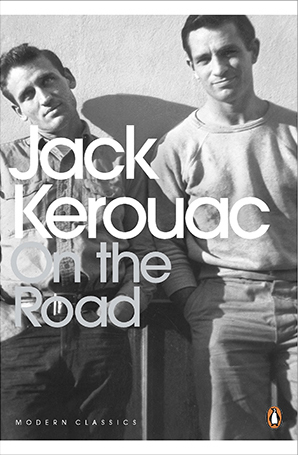 For planning a trip: Vagabonding

In this handbook-cum-inspirational guide, veteran travel writer Rolf Potts sets out the essential information you need before embarking on a journey, long or short. This is the much needed final push to inspire take that epic trip of a lifetime you've been holding out on. 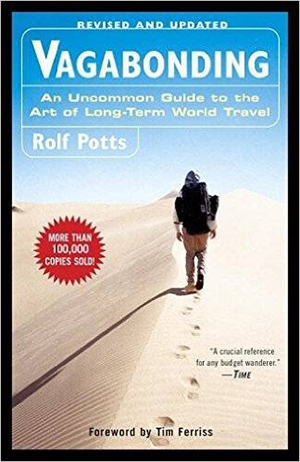 For a different way to travel: The Idle Traveller

Bin the brochure, relax and embrace the journey – that’s the motto of The Idle Traveller. Dan Kieran’s book is a great reminder to slow down and look at travel as art. Read this if you want to make your own travels more meaningful and learn to cope with any small disasters on the way. 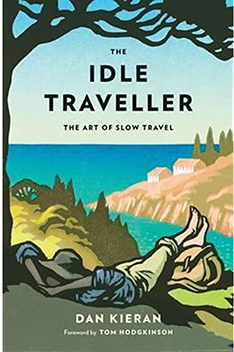 For a detailed city profile: Istanbul

No one gets under the skin of a city quite like Orhan Pamuk in this award-winner. His cinematic writing takes the reader through the remains of a lost empire – the streets of Istanbul, its historical monuments and Ottoman villas. Pamuk won the Nobel Prize in Literature for this book and the Academy called it a “quest for the melancholic soul of his native city”. 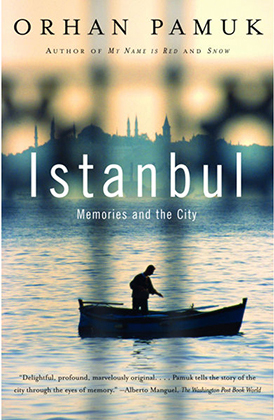 For getting to know the unknown: The Abu Dhabi Bar Mitzvah

On a mission to “learn about the world 9/11 made us fear”, Adam Valen Levinson chronicles his trek across the Arab world. He finds a place different to the one often presented in the media. From lunching in Talib territory in Afghanistan to celebrating New Year in Cairo’s Tahrir Square, Levinson finds common ground with the locals through humour and laughter.

For a different perspective of the UK: Notes from a Small Island

After spending nearly two decades on British soil, Notes from a Small Island is a farewell to the UK, capturing Bill Bryson’s last trip across the length and breadth of the UK before returning to his native America. A satirical, humorous take on British life, this book is an excellent representation of all corners of the island. 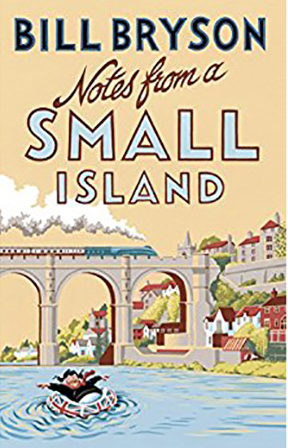 For planning your next trip: Where To Go When

The ultimate trip planner for every month of the year, Where To Go When is the perfect reference that’s both practical and inspiring. There’s advice on everything from backpacking to beach holidays, accompanied by beautiful photographs and infographics showing the key reasons to visit a destination. 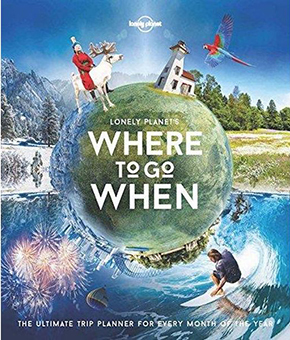 For insight into life in the South of France: A Year in Provence

Have you ever wanted to leave everything behind and move to the South of France? Peter Mayle thought about it for a long time, until one day he, his wife and their two dogs actually did move to a 200-year-old stone farmhouse in Provence. This is an honest memoir of his first year in France, getting to know the local customs and cuisine. Filled with anecdotes of everyday life, it’s a far better insight into the South of France than any guidebook could offer.

For an unbelievable story: Shantaram

Take a journey through India as Shantaram’s protagonist Lin escapes a maximum security prison in Australia and flees to Mumbai, India. There, he befriends a street guide, bumps into mujahideen guerrillas and runs a clinic using basic medical knowledge picked up during his time in prison. Written by Gregory David Roberts, the gripping, 900-page tale is based loosely on a true story and has an equally hefty sequel, The Mountain Shadow. 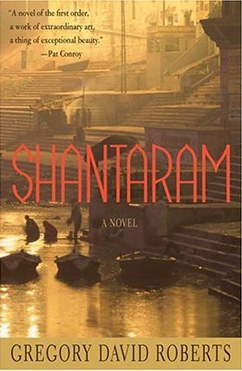 For a different take on travel: Bliss

The Geography of Bliss sees Eric Weiner explore the world, from Indonesia and Moldova to Bhutan and Iceland, in search of happiness. After years of visiting warzones as an NPR foreign correspondent, Weiner asks the question: what makes a nation happy? It’s a witty take on travel that you probably haven’t considered before. 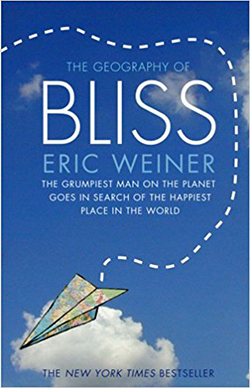 For an unparalleled adventure: Kon Tiki

Journeying from Peru to Puka Puka, Kon Tiki is a record of Norwegian adventurer Thor Heyerdahl’s adventure across the Pacific Ocean on a balsa tree raft in 1947. Heyerdahl and five other men spent three months at sea to prove his theory that South Americans could have settled in Polynesia in pre-Columbian times. It’s a breathtaking, captivating read that sold out in 15 days when it was first published and has been translated into 70 languages since. 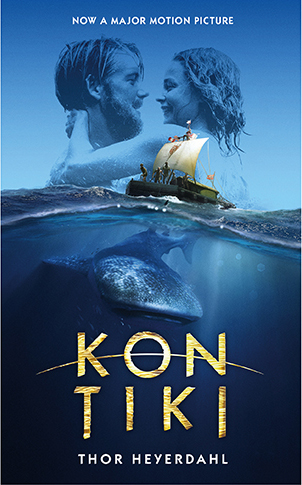 For your travel bucket list: Destinations of a Lifetime

An excellent gift for anyone who dreams about travel, National Geographic's Destinations of a Lifetime is a visual delight, filled with stunning images of the most amazing places in the world. You’ll also find practical information about each location like where to stay and eat, and what else to see in the area.

For brilliant writing: Here & There

A censorious look at the world of travel from the most acclaimed food and travel critics, Here & There is a collection of travel pieces written by the late A. A. Gill for his monthly column in Australian Gourmet Traveller. It’s a witty, cynical and sometimes controversial affair, far from standard travel writing and romanticised tales of journeys. 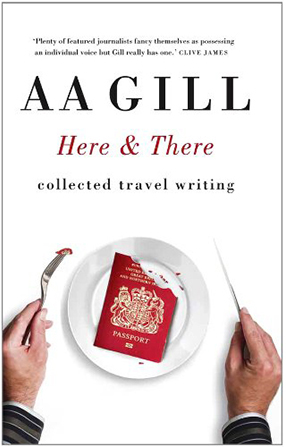 For discovering Paris in a new light: The New Paris

A Paris local, Tramuta perfectly captures the seismic shift in the cultural life of the French capital following the Paris terror attack. Tramuta’s Paris is a whimsical place with creative individuals driving the evolving worlds of food, fashion and design in the City of Light. Read this to be seriously inspired by the striking photographs as you’re sitting aboard a Eurostar en route to Paris. 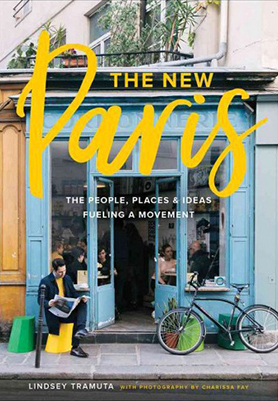 For the fun of travel: Wrong About Japan

Wrong About Japan is a wonderful book about Peter Carey’s trip to Japan with his 12-year-old son. Inspired by his son’s love of anime, the travelogue captures the disorientating effect travel can have and sets out to explore the two very different sides of modern Japan.

Written by Bulgarian poet Kapka Kassabova, the book explores a little-known corner of Europe – the triple border of Bulgaria, Turkey and Greece. As Kapka sets out on a journey to meet the people who still live in this troublesome, densely forested landscape, she reflects on the history of the region and the scars left. 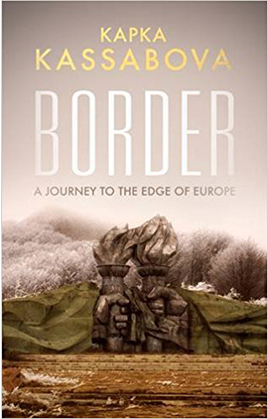 Always dreamed of taking a trip alone? Then this one’s for you. From practical advice on things to think of before you go to inspirational solo trip ideas, this book by Lonely Planet covers everything you need to know before you head out and explore the world on your own. For something a little lighter, we've got our own guide to solo travel here. 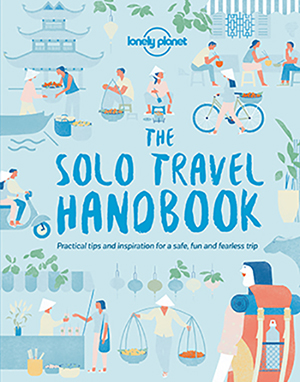 In this no-nonsense travel safety guide, international security expert Lloyd Figgins offers practical advice on planning a trip to the world’s more remote and volatile corners. From recognising warning signs to up-to-date advice on how to prevent and cope with emergencies, this book should be on your shelf in 2018. 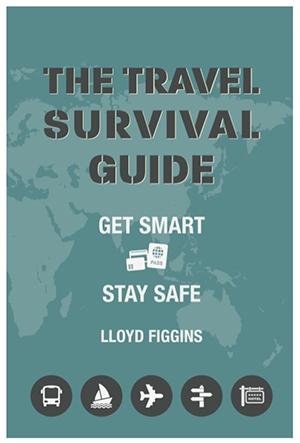