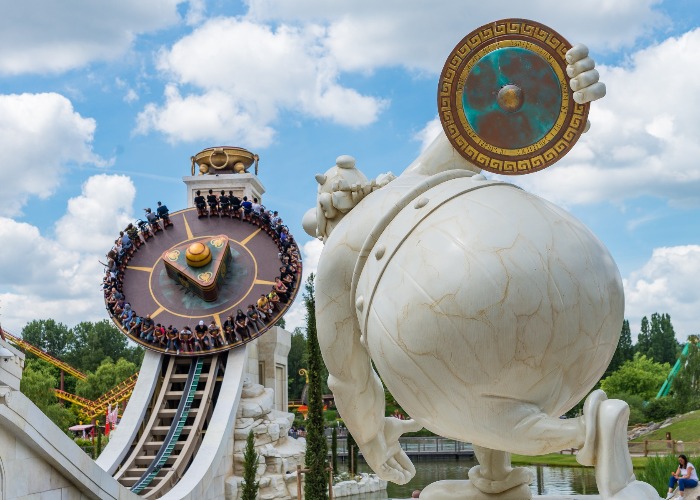 Book a family holiday to Parc Astérix in France for a less crowded – and cheaper – theme park experience that still delivers thrills for all ages.

Imagine a theme park with rollicking rides, life-size comic book characters, firework displays and parades. If I told you it was on the edge of Paris, you might assume I was talking about a rather famous place with a mouse as its mascot.

This is not Disneyland, however, but another, far less commercialised theme park: Parc Astérix. Packing in all the character, charm and family fun you’d expect from a theme park holiday, it also comes with shorter queues and a smaller price tag.

It’s themed around the hugely successful French comic book series and its diminutive but feisty star Asterix the Gaul, who heroically takes on the might of the Roman empire alongside his outsize sidekick Obelix. 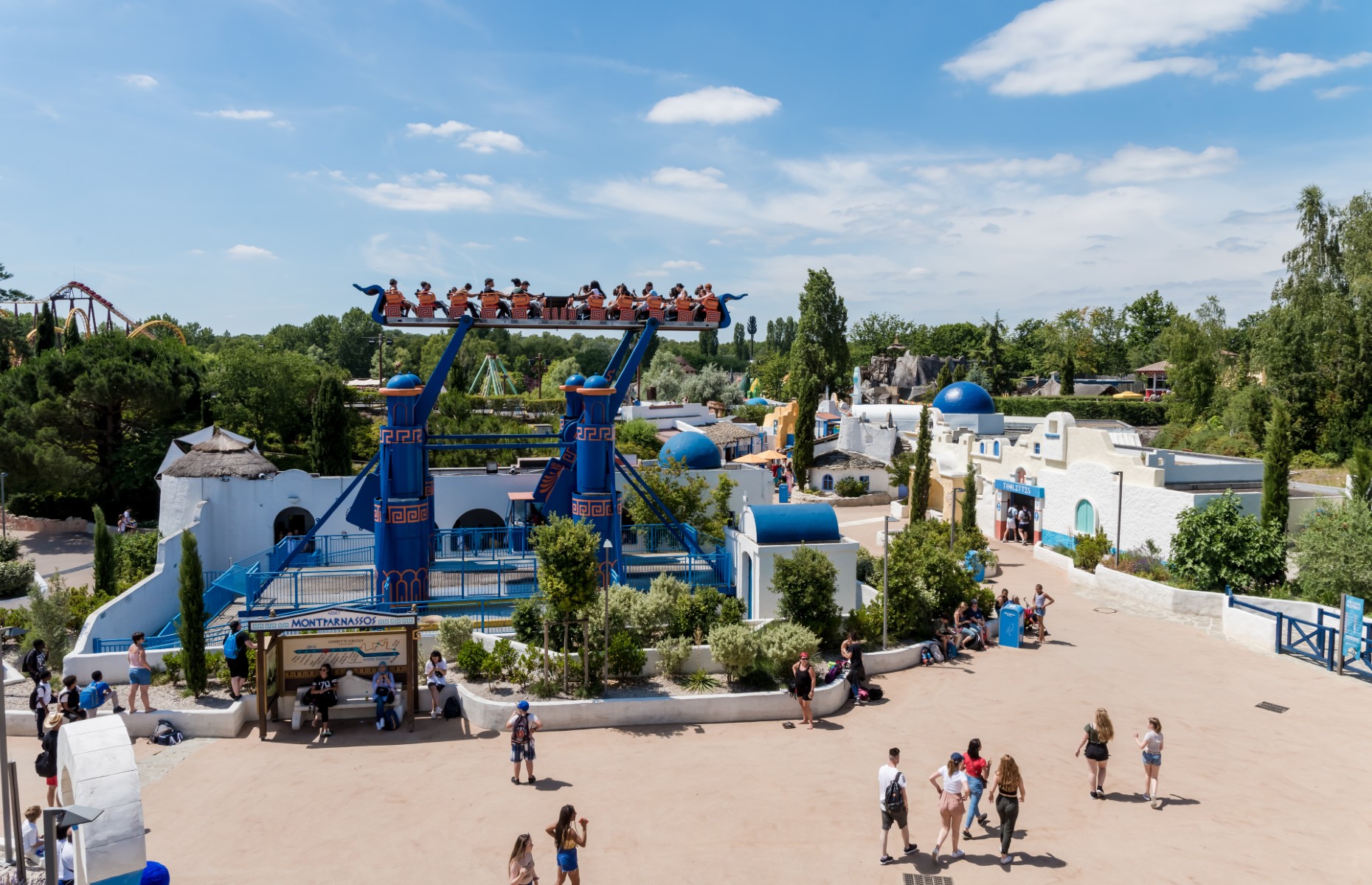 A view across the park (Image: Sylvain Cambon/Parc Asterix)

But there’s plenty to enjoy even if you’ve never heard of the books. With a mix of character experiences, shows, roller coasters and gentler rides, the park takes visitors on a fun-filled journey back in time to Ancient Rome, Egypt and Greece, and the land of the Vikings.

From galleon ships and bobsleighs to Gauls and gladiators, all set amidst a woodland wonderland filled with rivers and lakes, Parc Astérix has something for everyone. It’s also easy to get to from Paris, so you can travel there via Eurostar or by air.

Here are six reasons why Parc Astérix makes for a great family holiday. 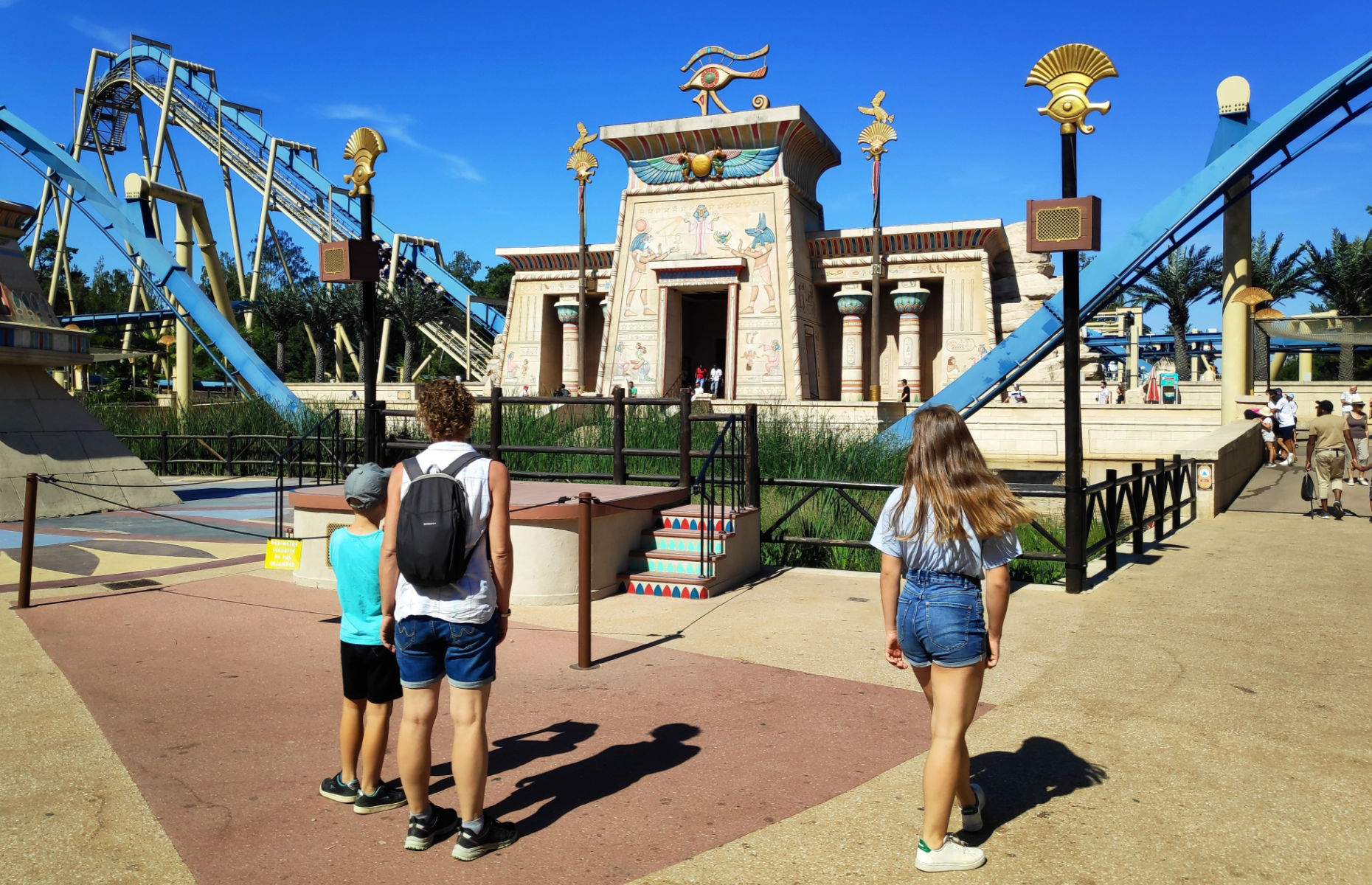 One of the park’s most popular is rides, OzIris, a steel inverted roller coaster (Image: BreizhAtao/Shutterstock)

1. There are rides for all ages

Sky-skimming rides like the Egyptian-themed OzIris are guaranteed to wow teenagers, adults and even the most jaded roller coaster connoisseurs, while water ride Le Grand Splash does what it says on the tin (and was my nine-year-old daughter’s favourite ride, ever).

There are also gentle, toddler-friendly boat rides through pretty waterways, Victorian-style carousels and mini-dodgems (strictly for kids) that will have any aspiring Jenson Buttons begging to go on again. 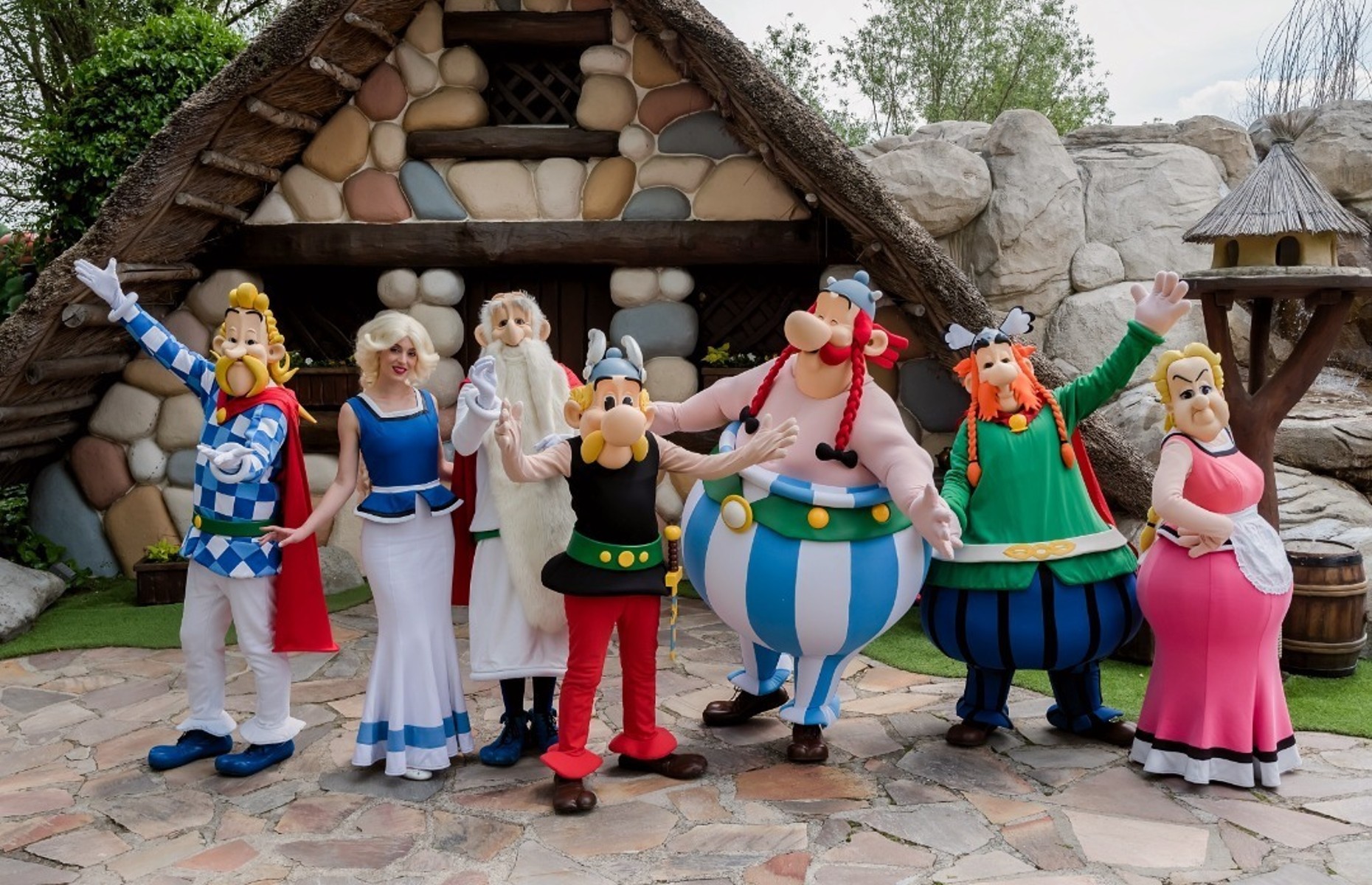 2. It’s both fun and educational

While you explore the different worlds, children will be unwittingly revisiting what they’ve learnt in school about the Roman Empire, Ancient Greece, the Vikings and Ancient Egypt.

It's fun for grown-ups too, whether you’re into the rides, shows, the landscape or just the witty puns the comic books are renowned for. Fun, playful touches abound, such as the statue of Obelix as the famous classical Greek discus thrower, Discobolus – here labelled Discobelix.

3. The shows are fantastic 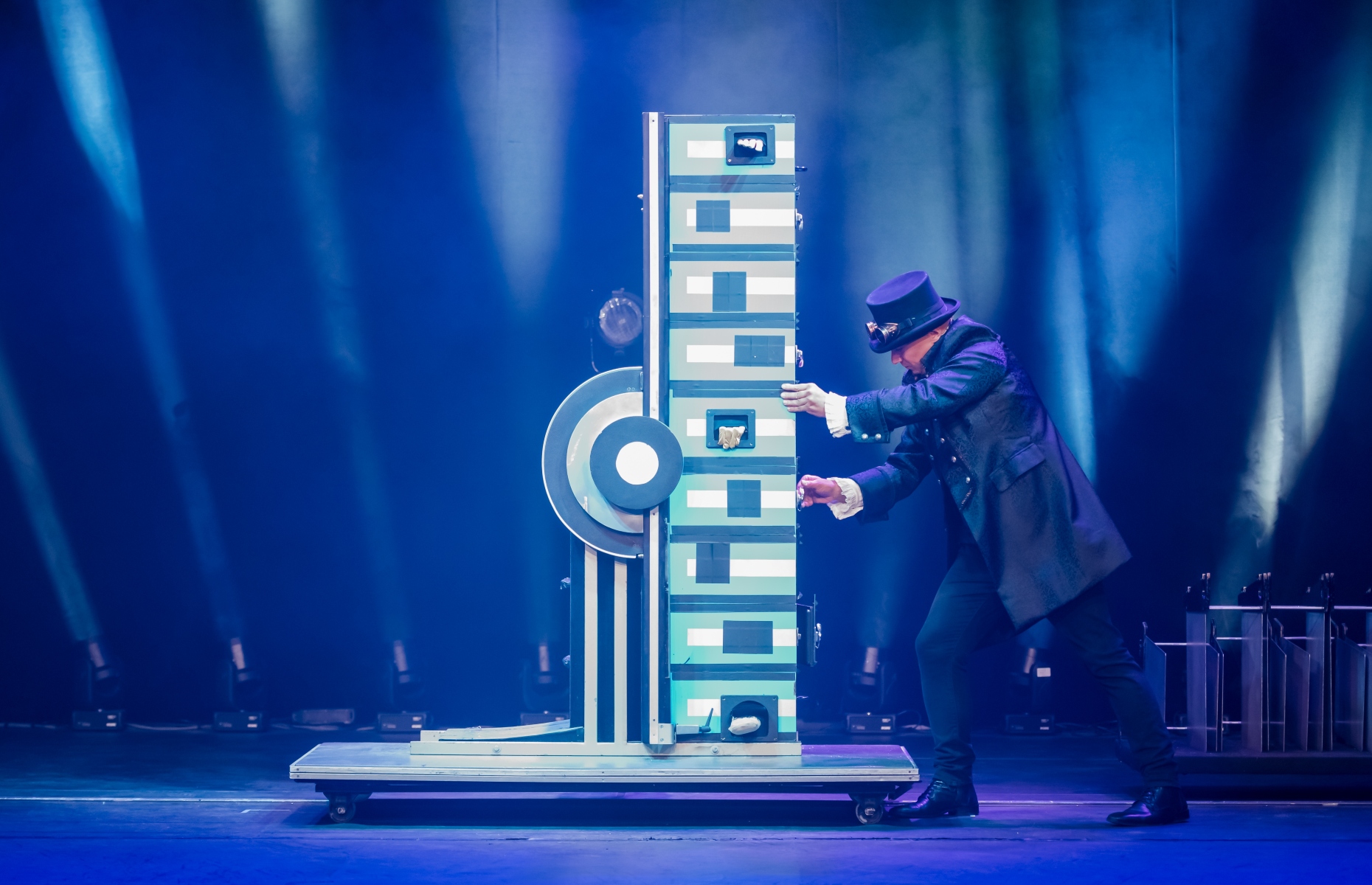 Whether you visit at Christmas, for Halloween or in the springtime, there are great shows ranging from fireworks and ice-skating displays to a parade of floats featuring Julius Caesar and Cleopatra.

Some shows also run all year round. Don’t miss the spectacular diving display, in which Olympic-standard divers kitted out like Ancient Romans and Greeks perform circus-style trapeze acts and dive from staggering heights. Also look out for the brand-new magic show, Chronos: Magic and illusions. 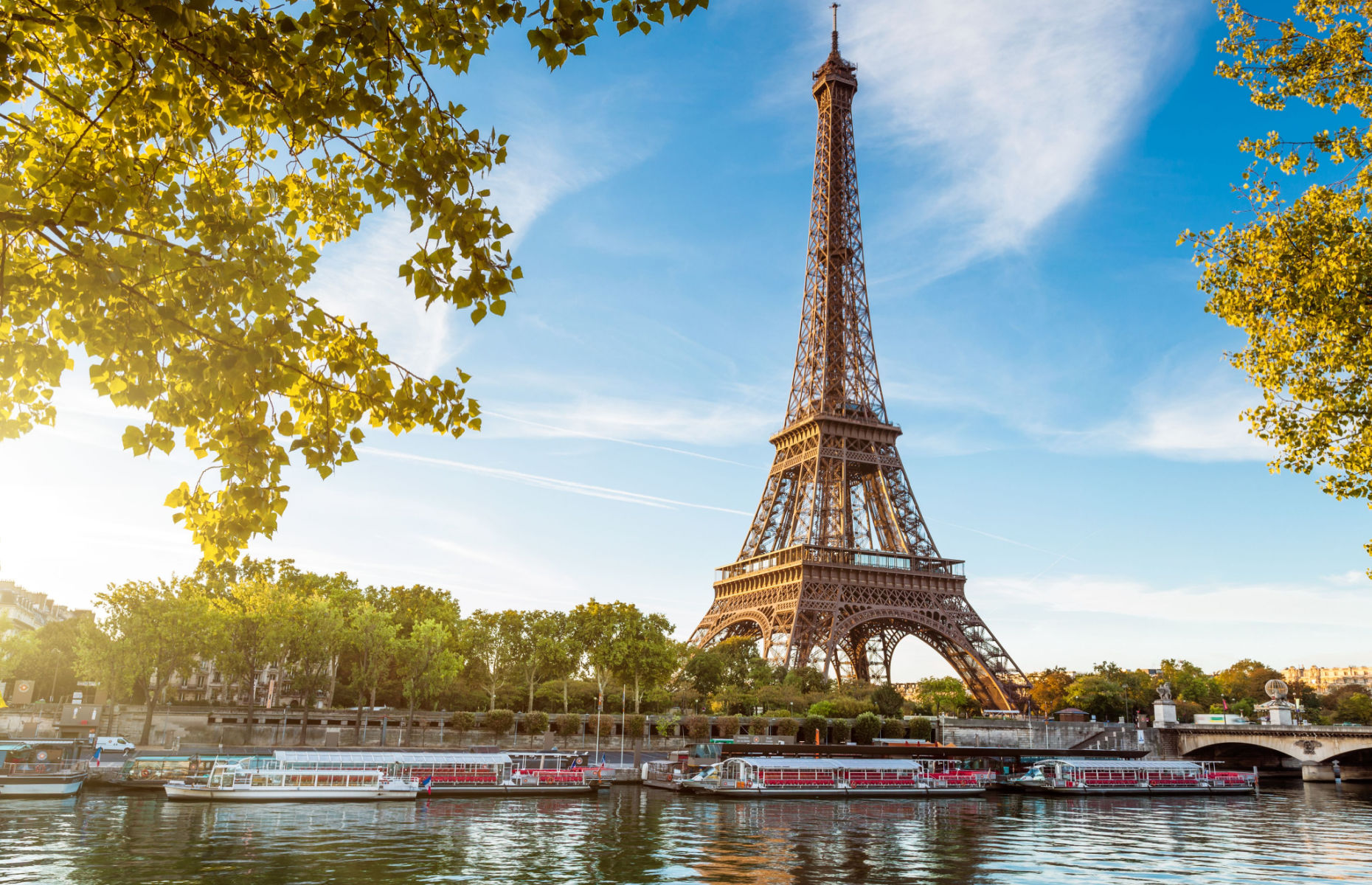 Paris is a short distance away (Image: beboy/Shutterstock)

4. Paris is almost on the doorstep

READ MORE: What to see and do on a trip to Paris

Parc Astérix is less than an hour’s drive from Paris’s top attractions including the Eiffel Tower and the Arc de Triomphe, so if you or your family haven’t visited the French capital – or are just craving some of the City of Light’s timeless charms – it couldn’t be easier to combine a mini city break with a trip to the park. 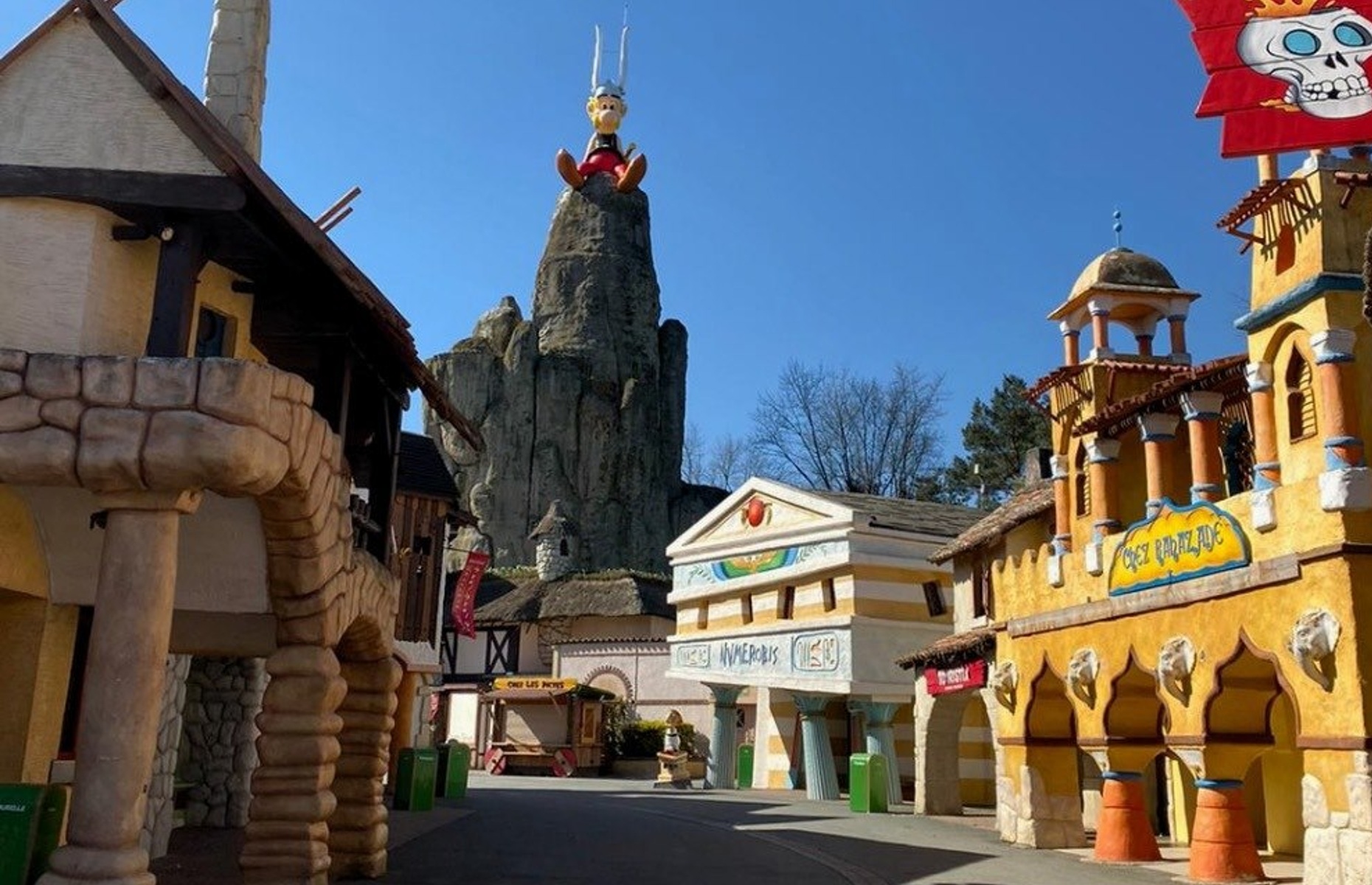 The theme park’s namesake, Asterix, overlooking one of the streets (Image: @parcasterix/Facebook)

Yes, there are shops at the park, but you’re not going to stumble over them every two minutes. Anyone keen on a gladiator-style plastic sword or an Astérix-themed T-shirt, mug or keyring won’t be disappointed but you’ll also find hardback editions of the original Astérix books as well as tasteful prints and tote bags. 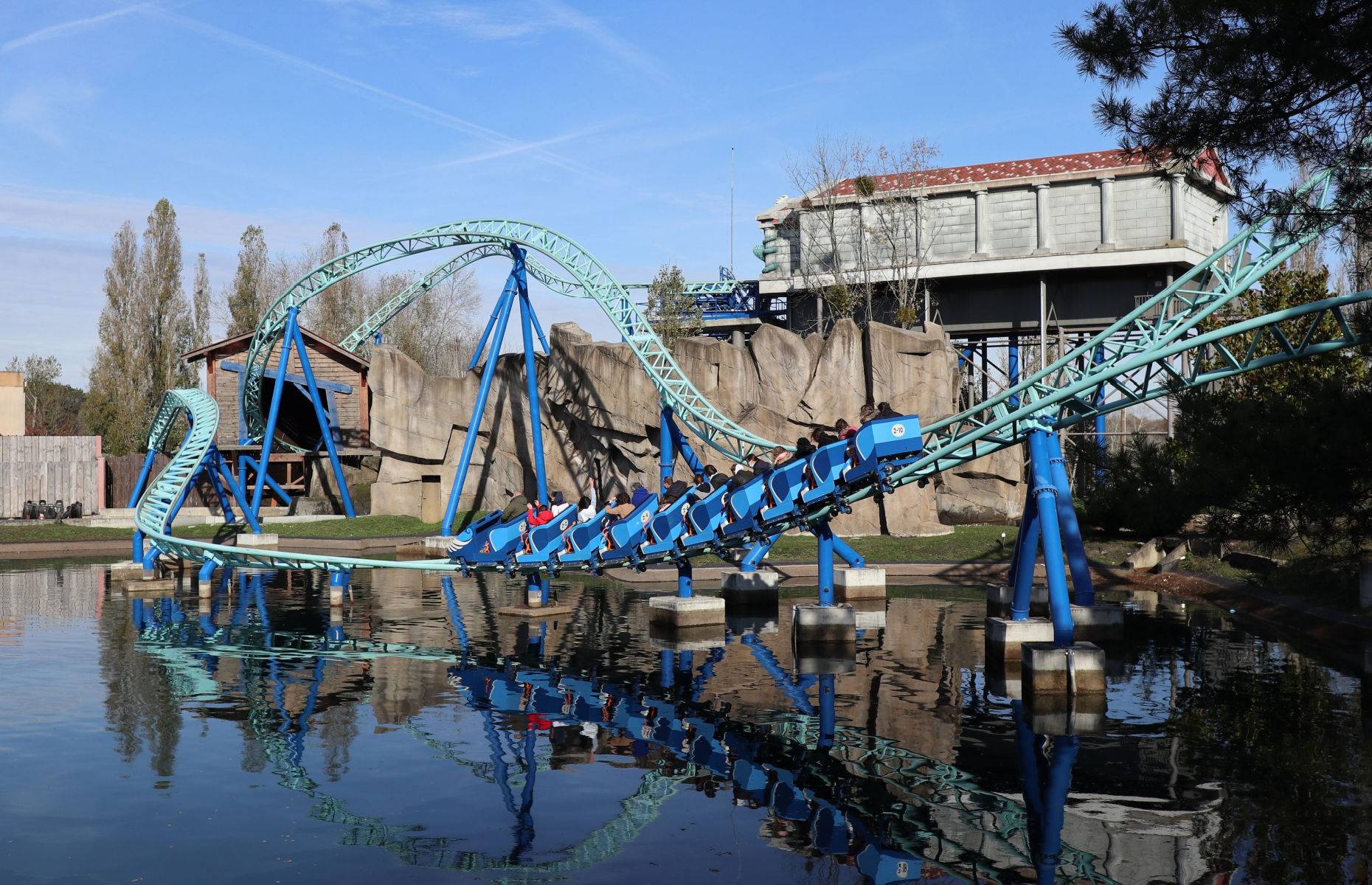 Most theme parks don’t come cheap but Parc Astérix is amazingly good value. Not only are the day passes incredibly reasonable but there are also three well-priced historically themed hotels. La Cité Suspendue has treehouses in the woods and excellent food, while the medieval-themed Les Quais de Lutèce is great fun.

Eurostar has return fares from £78pp; eurostar.com. Two nights in a family room at La Cité Suspendue start from €901 (£787) B&B for a family of four, including park tickets as well as 10% off in the park’s shops and entrance 30 minutes before the general public. Day passes (without accommodation) start at €44/£38.35 per child and €47/£40.96 per adult. For more info, visit parcasterix.fr/en