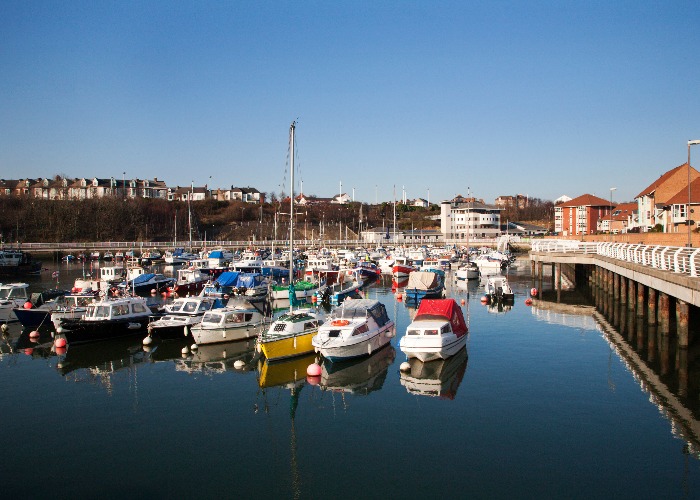 A seaside city in northeast England, Sunderland has lots going for it, from its Blue Flag beaches to top attractions.

Just a 30-minute drive from the heart of nearby Newcastle, Sunderland is a severely underrated spot on England's northeastern coast that many associate with the decline of coalmining and a defunct shipbuilding industry. But scratch beneath the surface and you'll find a city that's found a new path with a revitalised city centre, gorgeous beaches and fascinating museums. Here are the best things to do in Sunderland.

Sunderland’s long but now-inoperative shipbuilding heritage is commemorated at Keel Square in the city centre. More than 8,000 ships were launched from the River Wear’s shipyards. The largest was the Naess Crusader, whose 957-foot (291m) length is inscribed on The Keel Line, a memorial embedded in the square. It’s also the location of Gan Canny, a sculpture by local artist Ray Lonsdale, depicting one of the horse-drawn carts that used to deliver beer to Sunderland’s pubs.

The city’s story is told through exhibits at Sunderland Museum and Winter Gardens. Tropical plants thrive in the heat of the winter gardens, whose glass rotunda presents views into Mowbray Park. Several paintings by celebrated British artist L.S. Lowry are displayed in the first-floor art gallery.

Wearmouth Bridge arches over the River Wear and leads north towards the Stadium of Light, the 48,707-capacity home of Sunderland AFC and another unmissable landmark of the city. Match-worn shirts and other memorabilia is displayed in the Fans Museum, a Victorian building constructed as Monkwearmouth Station. 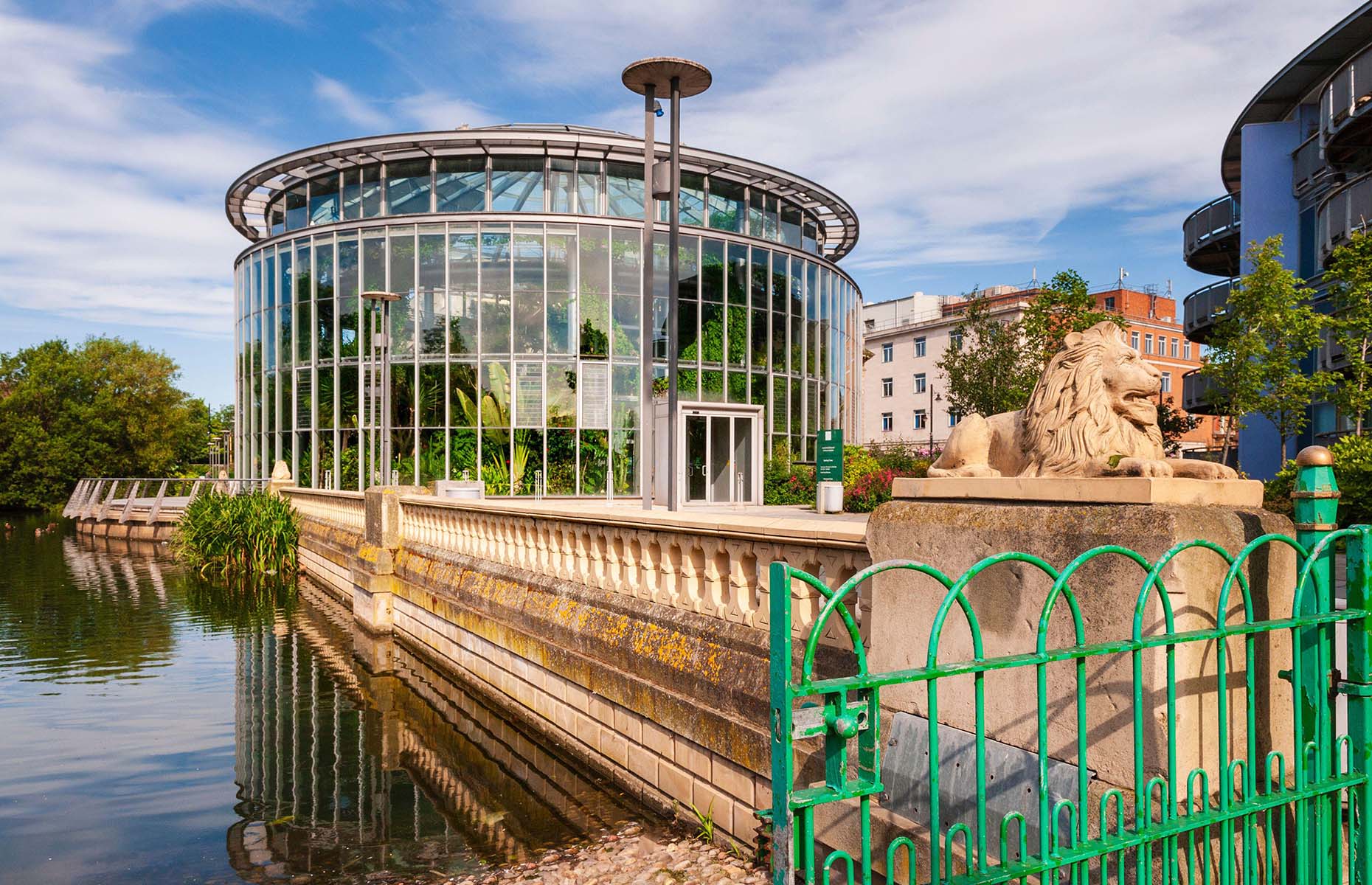 Housed in an angular metal and glass building on the River Wear's north bank sit the UK's National Glass Centre which is free to visit. Before stepping inside, look along the waterway from the centre’s roof. Fittingly, it’s constructed from glass. Peering down gives you a first impression of what’s inside – perhaps even a flutter of nerves too, if you don’t have a head for heights.

The centre outlines the history of glassmaking in the city – the industry was once a major source of employment in the region. Glassblowing and flameworking demonstrations allow you to interact with craftspeople while watching vases and other glassware taking shape. Items created by globally renowned glass and ceramic artists are displayed in temporary exhibitions.

The building is also home to a café with river views and the Northern Gallery of Contemporary Art, whose exhibitions encompass works in a range of media. 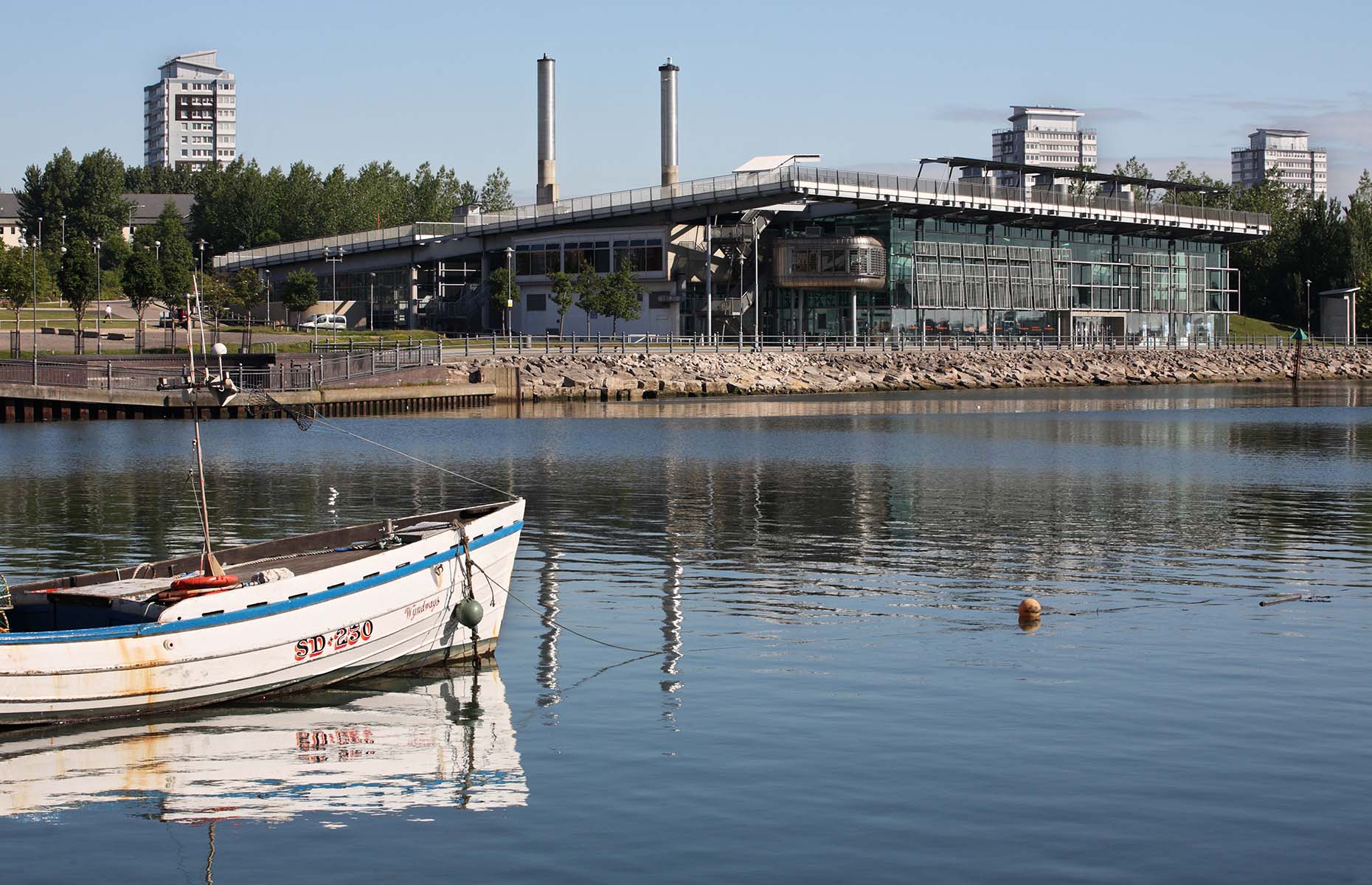 Visit the site of an Anglo-Saxon monastery

The country’s earliest stained glass windows were created in the late-7th century for a monastery with sites at Wearmouth and Jarrow. This explains why Sunderland was chosen as the location of the National Glass centre, under five minutes’ walk from St Peter’s Church, a significant seat of learning before the Viking raids in the AD 790s. Monks created and copied manuscripts, including the Codex Amiatinus, the oldest complete Bible in Latin. Bede, a scholarly monk who was declared a saint in 1899 and theorised about time and tides, wrote the long-influential Ecclesiastical History of the English People here.

Dating from AD 674, it is one of the country’s oldest churches. The crossed beaks of creatures resembling swans are sculpted into Anglo-Saxon era stonework visible in the porch. 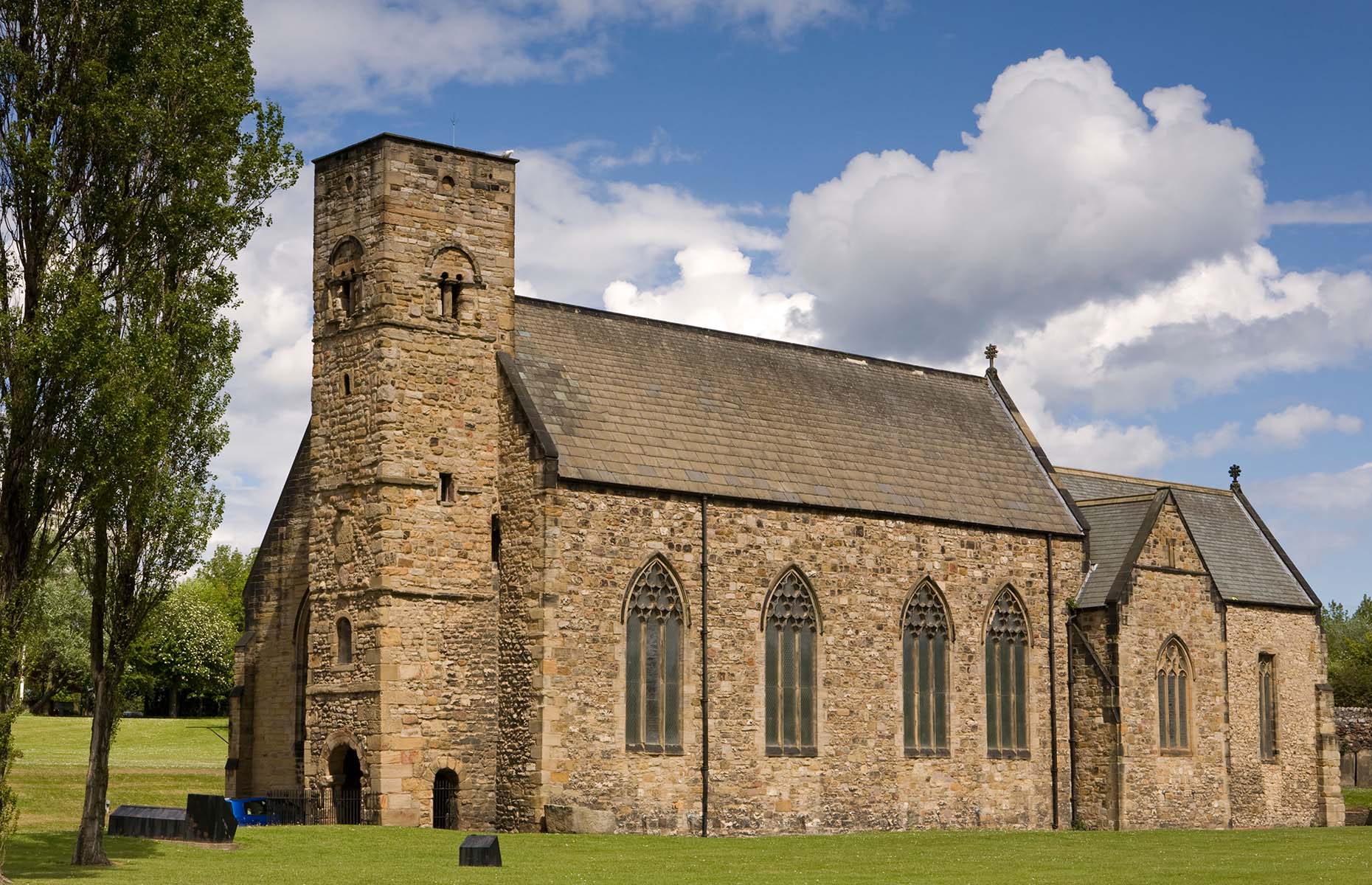 READ MORE: 7 reason why Northumberland is England's most beautiful country

Walk on Roker and Seaburn beaches

Depending on the tide, you can stroll along golden sand at Sunderland’s seafront for over a mile-and-a-half (2.4km). If you have a chance (and the weather allows), go walking barefoot in the sea, locally known as plodging. Rock pools near the northern tip of Seaburn beach offer a good spot to seek starfish and sea anemone at low tide, however, it pays to tread carefully as seaweed makes the rocks slippery.

The promenade above the adjoining Roker and Seaburn beaches offers an alternative when the tide rolls in and, luckily, there are plenty of places to pause for a coffee or bite to eat along the seafront. Street food, including fish and chips, is served from Stack Seaburn’s repurposed sea containers. Guided tours outline the engineering challenges, including shuffling along the tunnel that connects the lighthouse and shoreline, the workmen faced while constructing the nearly 2,000-foot-long (609m) Roker Pier between 1885 and 1903.

The seafront is busiest during Sunderland International Airshow, a free-to-visit event usually held in July, with the RAF Red Arrows regularly flying at the show. 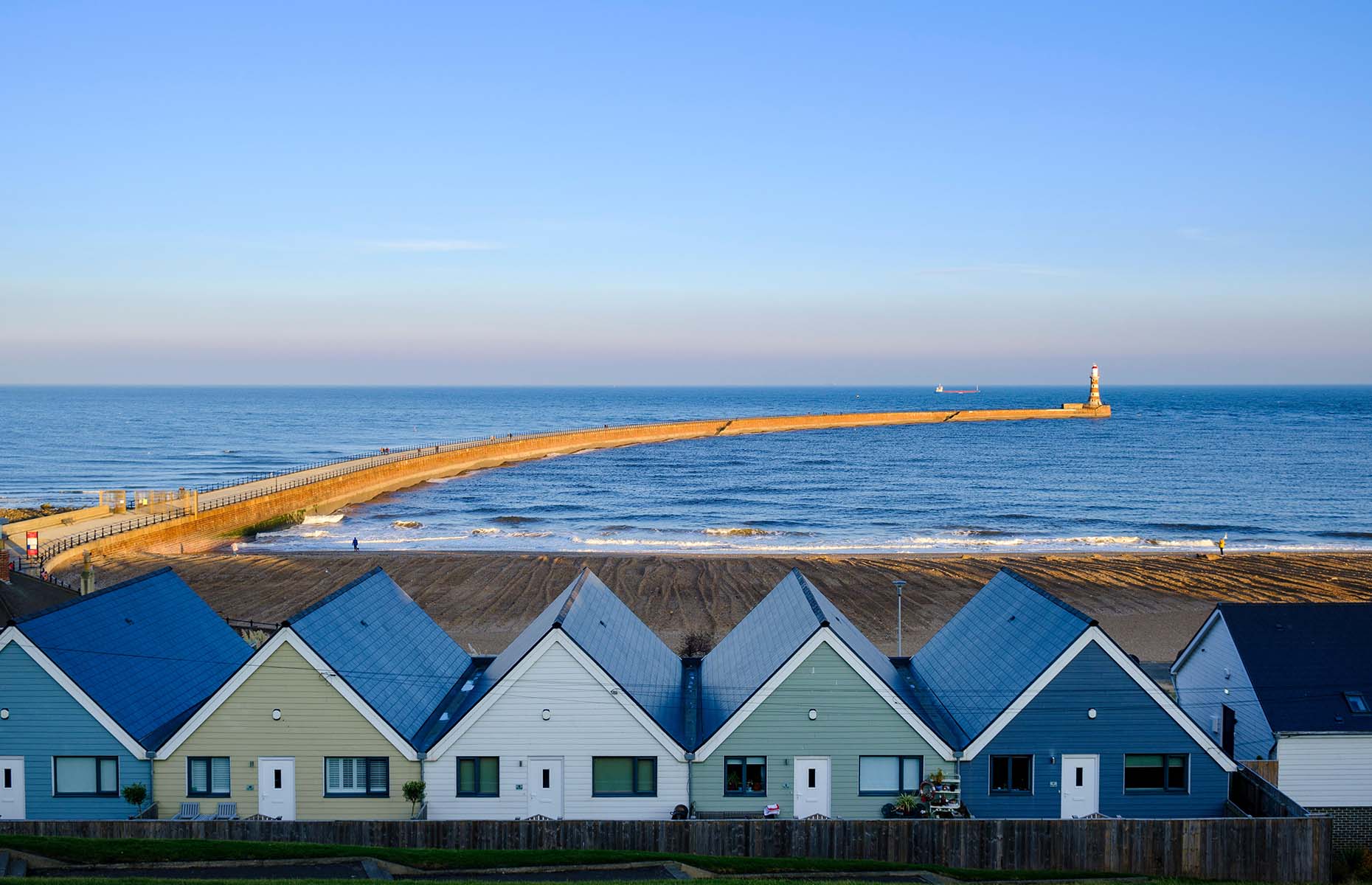 Modelled on the ancient Temple of Hephaestus in Athens, Penshaw Monument is Sunderland’s best-known landmark. It can be seen from miles around and is illuminated at night. Known officially as the Earl of Durham’s Monument, but almost never called that locally, it was erected in memory of John Lambton during the 1840s. Lambton was an influential politician and statesman. His Report on the Affairs of British North America, published in 1839, helped reshape the governing of Canada.

Stride up steps cut into Penshaw Hill to view the surrounding countryside from the vantage point of the gritstone base. One of the 70-foot (21m) columns of this Grade I-listed building hides a doorway – when it's open, visitors can climb a spiral staircase to enjoy views from the top.

However, some of the best views of the monument are from neighbouring Herrington Country Park. Footpaths criss-cross the park, which is a popular place for family strolls and dog walking. The paths also circumnavigate a lake on which owners of model boats sail remote-controlled vessels. 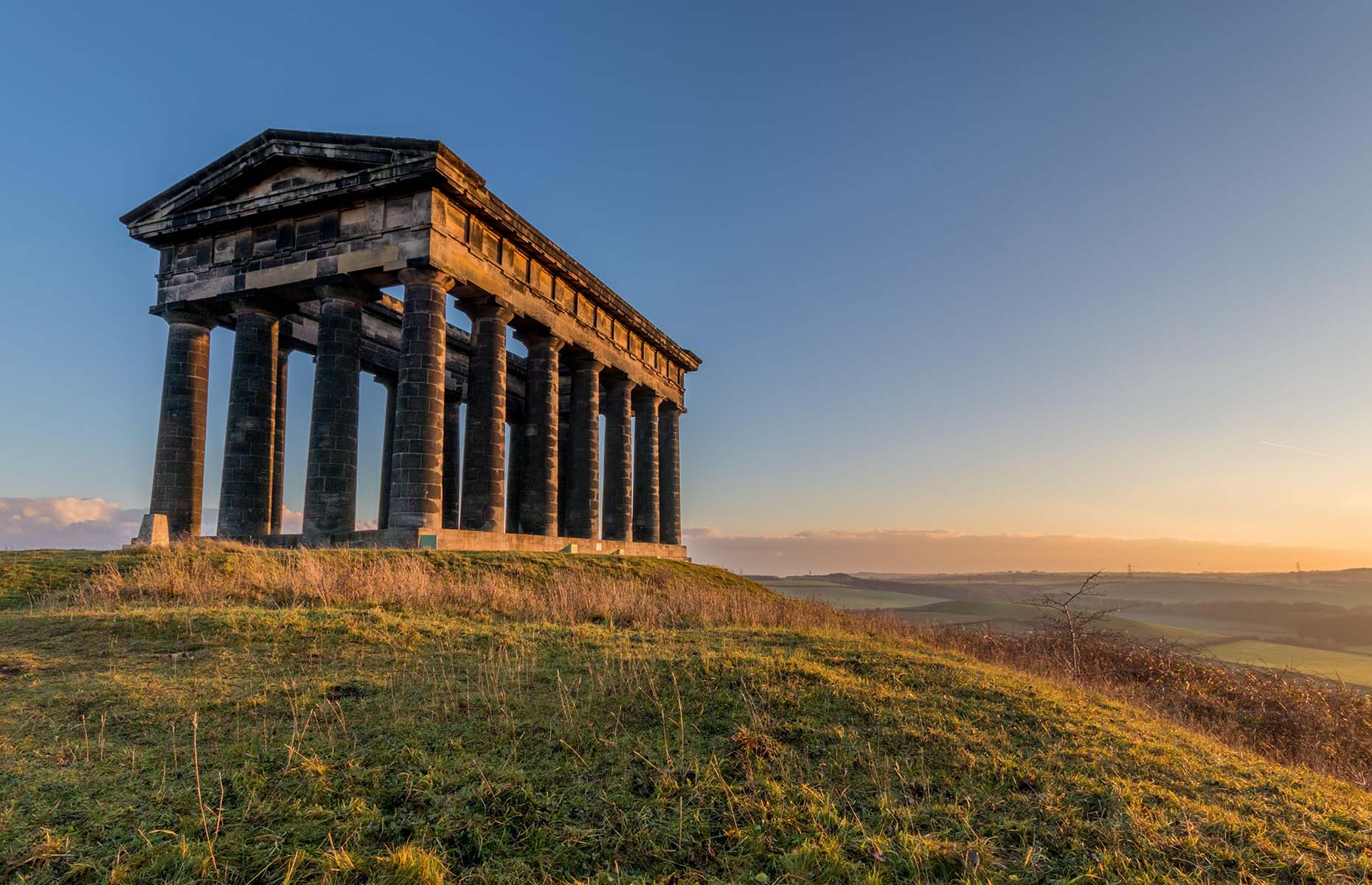 Reflect on the historic significance of Fulwell’s acoustic mirror

Inland from Seaburn, Fulwell’s most obvious landmark is its white windmill. The sails of the five-storey mill started turning back in 1808 and it now hosts a tearoom and tours on Wednesday afternoons.

From there it’s under 10-minutes’ walk to Fulwell Acoustic Mirror. Made of concrete and standing 13 feet (4m) tall, the concave dish with just six of the mirrors remaining, is a rare remnant of Britain’s First World War defences.

Built in 1917 it was designed to amplify noise from the engines of marauding Zeppelin airships. Signage at the site explains how guards listened via a microphone in front of the dish for distant noises that warned of impending air raids.