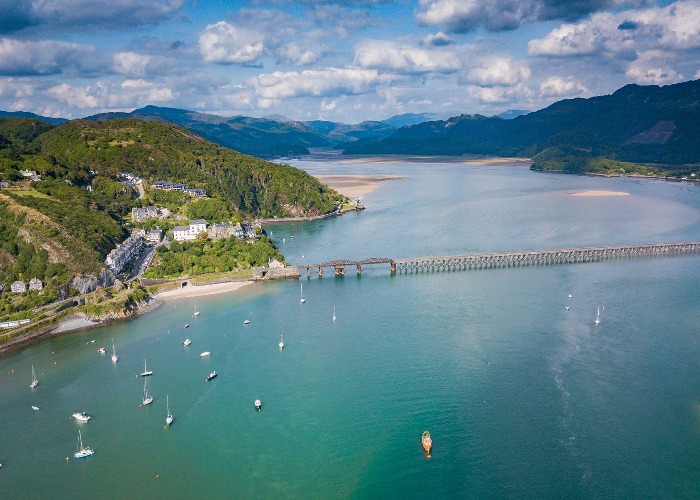 Escape the crowds of Central Snowdonia with a staycation in the park’s serene southern edges.

With countless mountains and a stretch of secluded sandy shoreline, Southern Snowdonia is a beautiful alternative to the busier bits of North Wales’ most famous park.

While hundreds of thousands flock to the slopes of Yr Wyddfa, or Mount Snowdon, every year, the rest of the Snowdonia manages to avoid the rush. Here, you’ll find sleepy villages and seaside tradition, gentle hills and mighty mountains, and mile after mile of quiet countryside to wander through.

From white-water rafting to wine tasting, here are our seven essential things you must do in Southern Snowdonia.

Southern Snowdonia’s highest peak, Cader Idris, is one of Wales’ tallest but least crowded mountains. At 2,930ft (893m), it’s no small undertaking. But from the summit you’ll be rewarded with spectacular scenery. To the north, the craggy peaks of Central Snowdonia, and to the east, the deep blue of the Irish Sea. 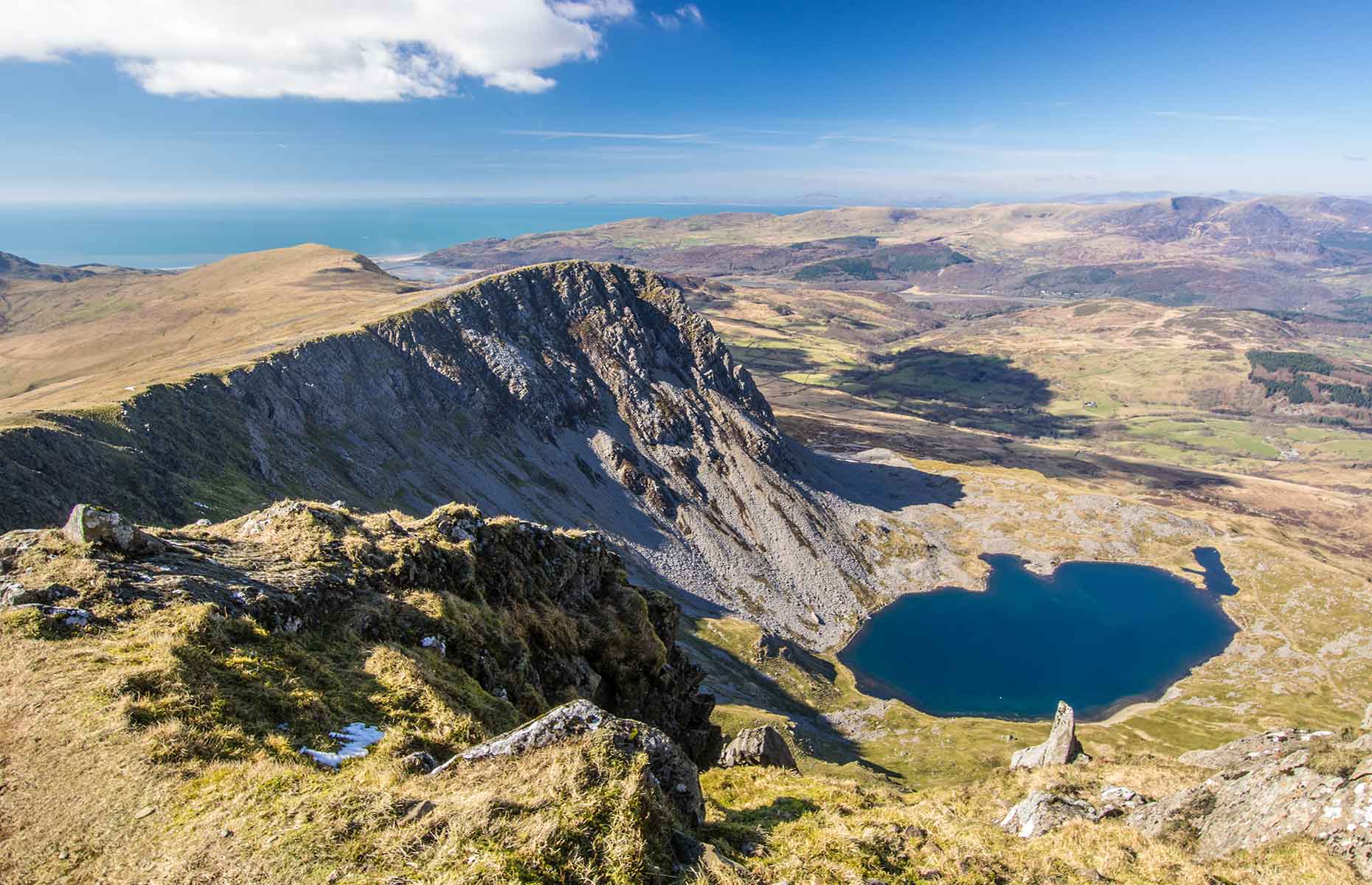 2. Bask on the beaches of Barmouth

A beautiful stretch, overlooking the shimmering blue of Cardigan Bay, Barmouth’s Abermaw beach is one of Snowdonia’s most popular. With Blue Flag status and wonderfully soft sand, it’s perfect for a day by the sea.

All fish and chips and fairground rides, Barmouth is your classic British seaside town – a tiny bit tired but dripping with nostalgia. If Barmouth is too busy, take the train to nearby Llanaber and set up camp on Tal-y-bont Beach. Wilder, wider and with barely a building in sight, there’s plenty of space to escape the crowds. 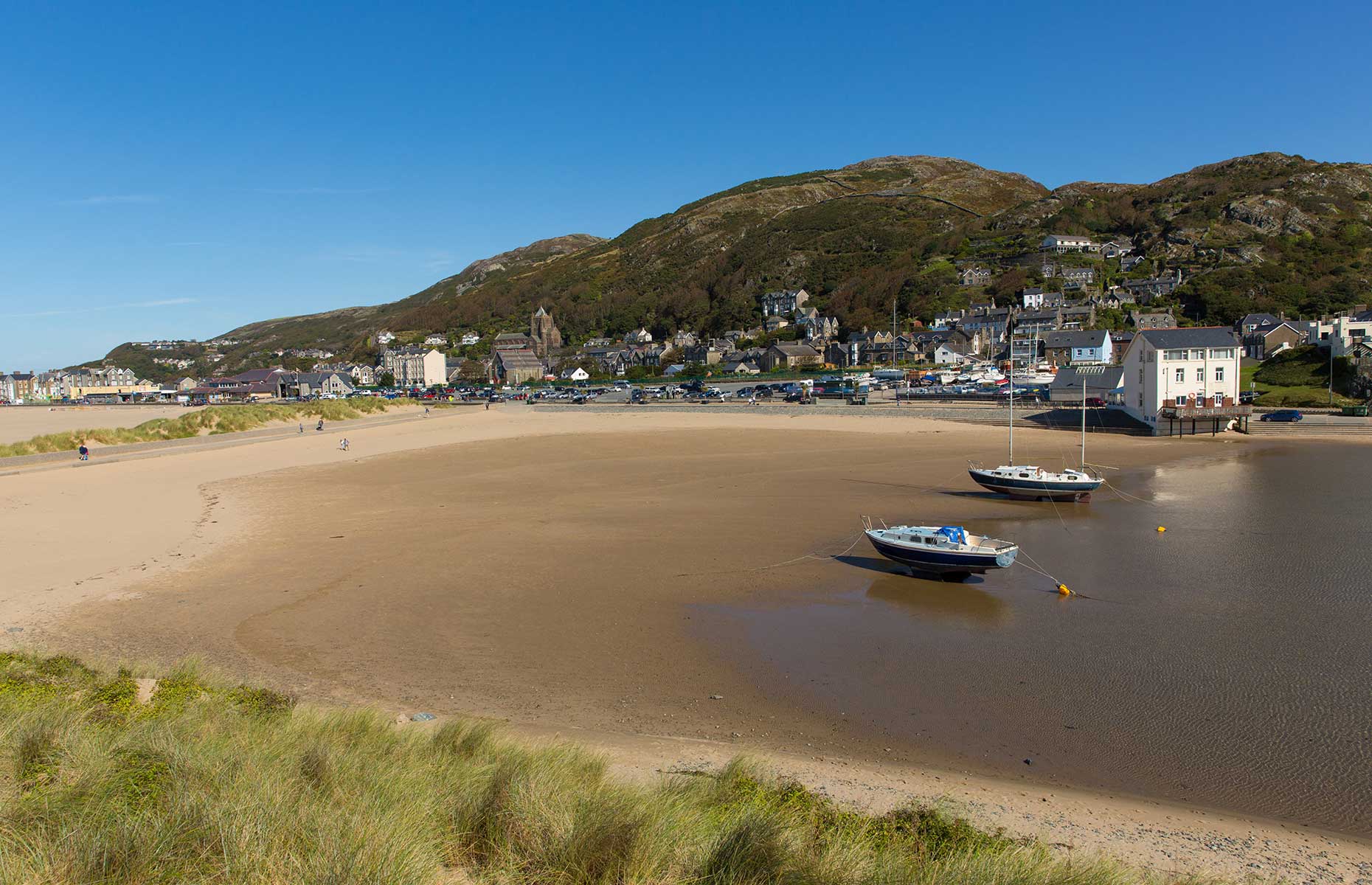 Ride beneath the foothills of Cader Idris along this riverside cycle path – one of the most scenic in North Wales. The route traces an old railway line between the pretty village of Dolgellau and Barmouth on the coast, alongside the calm, deep-blue flow of the Mawddach.

Short and sweet, the route is 9 miles (14.4km) one way and takes around an hour and half to cycle there and back. Be sure to stop off at the George III, a historic pub sitting on the estuary banks. It’s right next to the Penmaenpool Toll Bridge, a wonderful old wooden bridge – it costs 80p to cross in a car, the novelty of which has seen it become an unexpected tourist attraction in its own right. 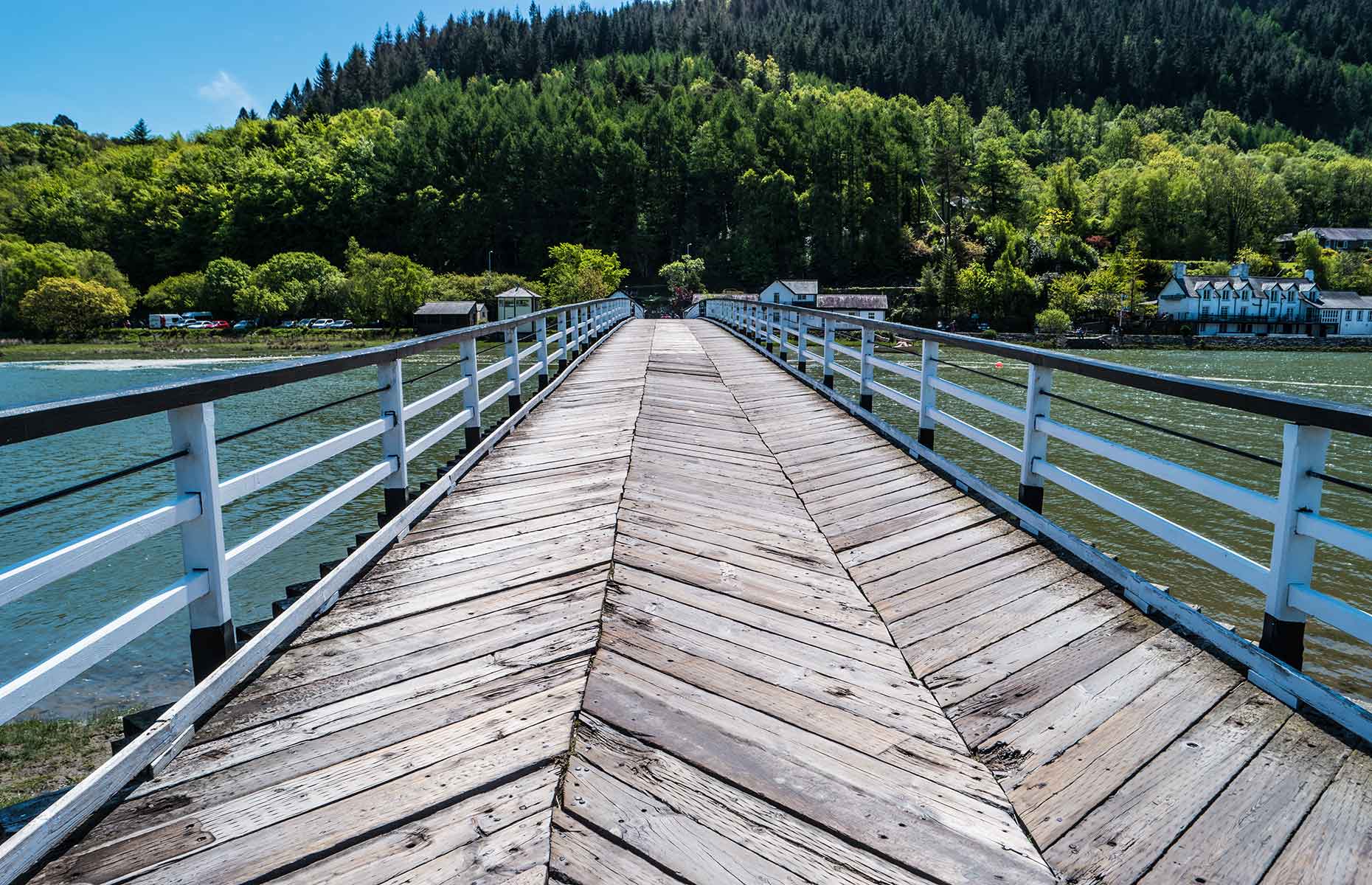 A stunning cliff top hike that loops around the craggy mountain above Barmouth, the Panorama Walk – as the name suggests – is famed for its spectacular views out over Cardigan Bay and beyond.

READ MORE: How to explore the Wales Coast Path

The route winds through peaceful pastureland and the forgotten ruins of an ancient farming community, before tracing the mountain’s top high above the Welsh coastline. Far below, you’ll see Fairbourne, the rugged Snowdonia coastline as it peels south, and the sinuous Mawddach snaking back into the heart of the park. 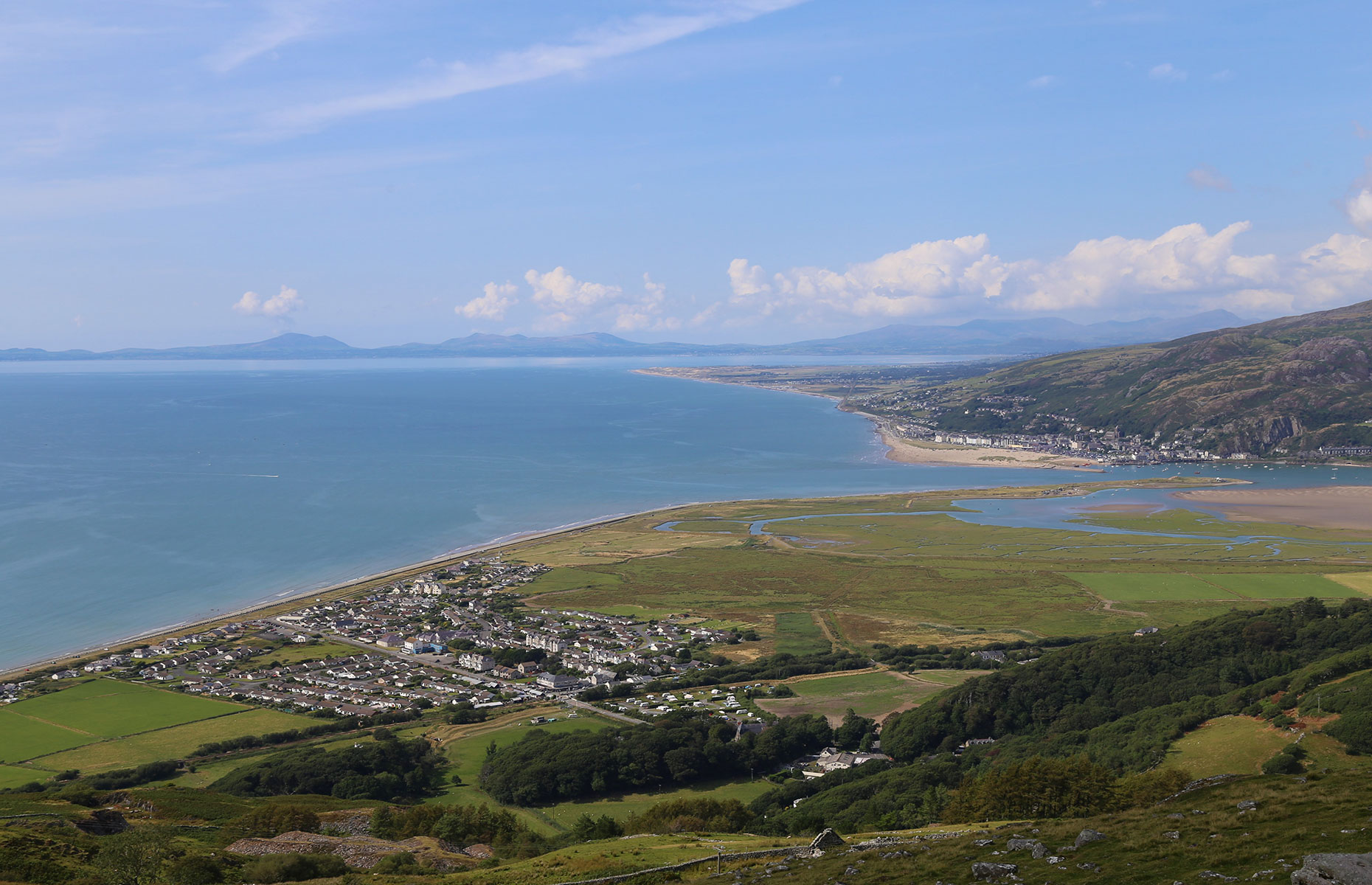 The walk is just over six miles (10km) in total, plus it’s clearly way marked and easy to follow.

5. Enjoy wine and walking in Dolgellau

A pretty grey-stone village, surrounded by the mountains and tree-cloaked hills, Dolgellau makes for the perfect place to base yourself in Southern Snowdonia. The area is crammed full of glorious hiking trails, from the famed Cader Idris to the Precipice Walk – a short but scenic walk above Dolgellau with views out over Cader.

Besides the great outdoors, the village itself has plenty to offer, especially when it comes to food and drink. Make time for a bottle of wine at Dylanwad Wine, a bodega-style wine bar and shop in the centre of town. Owner Llinos Rowlands handpicks wines from all over the world, usually driving across Europe to sample each one herself.

Take on the raging rapids of the Tryweryn river in Bala, the capital of Welsh white-water rafting. Over the last decade or so, North Wales has become one of the UK’s most popular spots for adventure-seekers and rafting is a big part of its appeal.

Book a session with the National White Water Centre for a proper taste of Welsh rafting. They raft the Tryweryn exclusively, which slices through the hills of Southern Snowdonia. Oh, and keep your eye out for otters – this stretch of river has the highest density in North Wales.

7. Ride the miniature railway in Fairbourne

Take in the wonderful views of the Mawddach Estuary and the mountain-backed scenery behind Fairbourne with a ride on its miniature railway. The tiny steam train has rolled along the Welsh coast for over a century, connecting its namesake village with the ferry to nearby Barmouth.

The original rail was laid to help build Fairbourne but today it trundles along filled with seaside tourists. The train runs for most of the year, with adults paying £7.60 for a one-way ride. Accompanied kids go for £1.