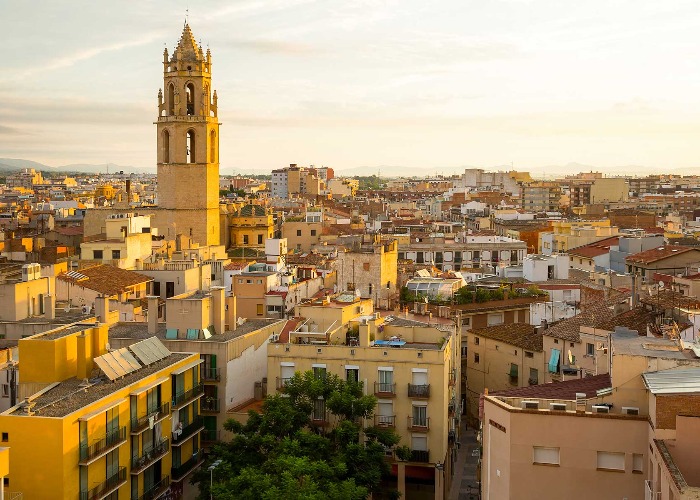 Think of the Spanish northeastern region of Catalonia and it’s probably Barcelona that springs to mind.

But head west beyond the often chaotic Catalan capital and you'll find the wider area has just as much, if not more to offer.

Catalonia’s food and wine brings intense flavours, while the scenery, whether in tiny towns or the countryside, is head-spinningly beautiful.

It also has an arty side with connections to four of the world’s most renowned artists, Gaudí, Miro, Picasso and the cellist Casals.

Here’s what to see and do on a cultural and captivating weekend exploring Catalonia’s coast.

1. Discover the truth about Vermouth

Strolling through any city in Catalonia you’ll see residents taking in the early evening sunshine while drinking vermouth. 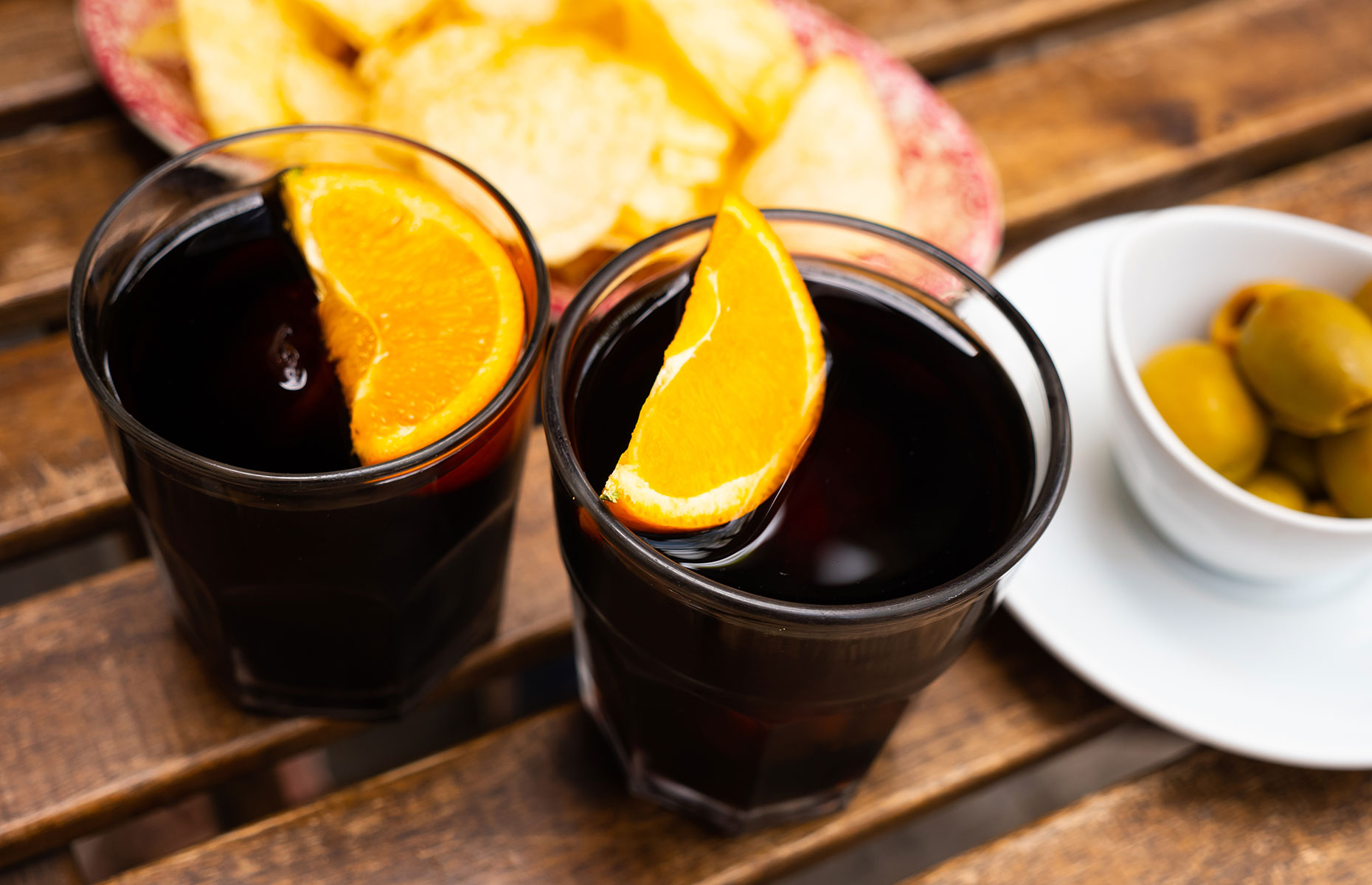 In recent years the fortified wine has enjoyed a revival all over Spain, but with its origins starting in Reus, the city’s sun-drenched squares are the perfect place to try the drink.

The Vermouth Museum and Bar has over 1,600 bottles of Vermouth for you to sample, with their expert bar staff there to help you choose.

While there, it’s also worth touring the museum and delving into the history of the drink. The newly remodelled space has more than 6,000 items on display and is the most complete vermouth-themed collection in the world. And whats more, it can be enjoyed for free.

READ MORE: Staying in Barcelona? Check out our city guide

2. Immerse yourself in art

If you’re looking for a day trip whilst in the Catalonia region, head to Horta de Sant Joan. The picturesque village is part of The Landscape of the Geniuses tourism project which celebrates how the Catalan region influenced the work of four great artists. 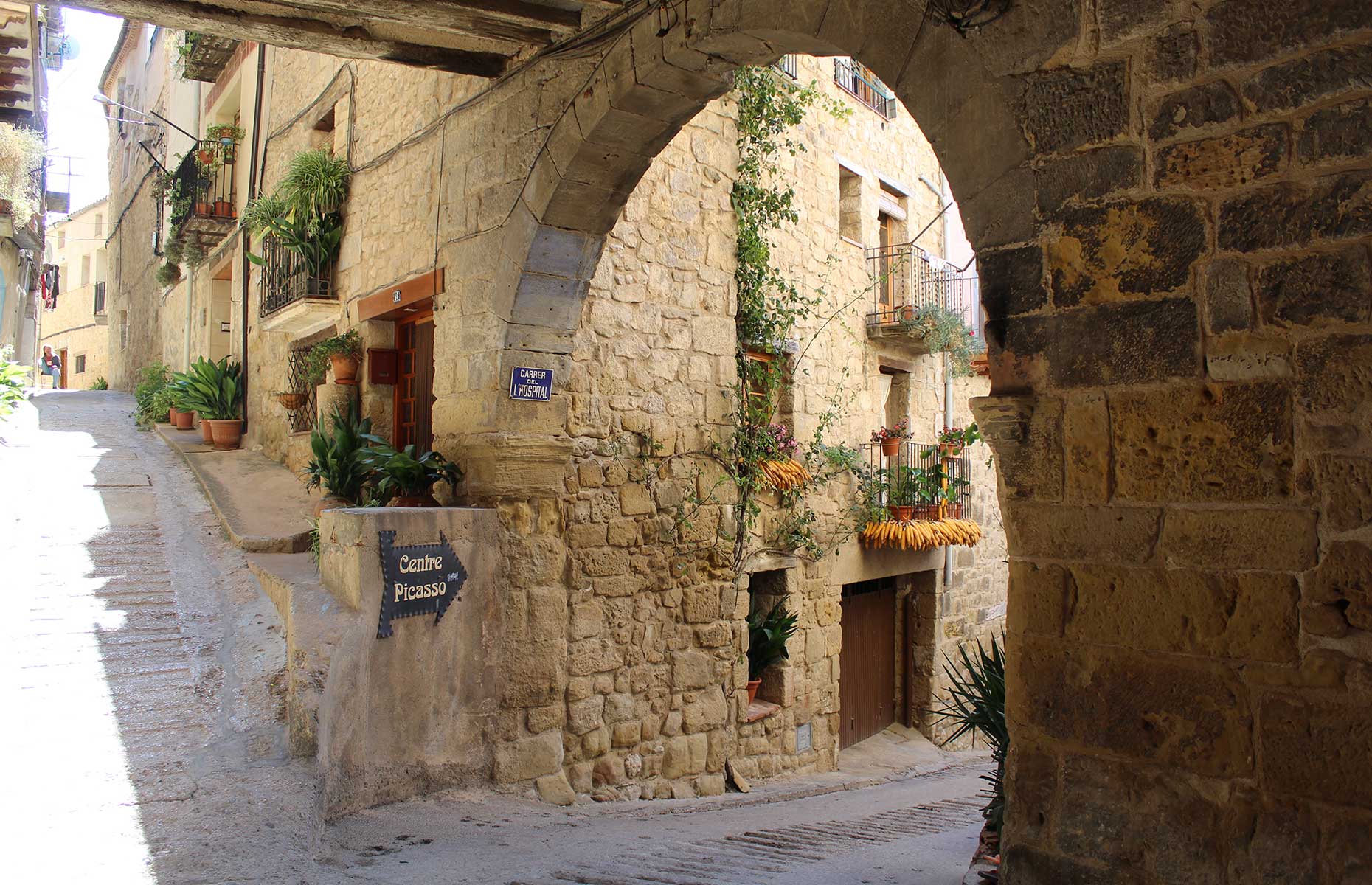 A great spot for fans of Picasso, the tiny town, which hugs a hilltop in the Terres de I'Ebre region, is so quaint it almost feels as if time has stood still.

The ancient village was home to Picasso in 1898 when he arrived aged 17 from Barcelona to recover from scarlet fever. He went on to return and paint two of his most famous works in the centre square, including La Fabrica.

As well as wandering around the winding, hilly streets finding out how Picasso spent his days you can visit Centre Picasso which is dedicated to the artist. Open six days a week in the holiday season, if closed one of the kind locals will open the centre just for you at just €4 (£3.50 per person.

Olive oil is widely produced in Catalonia, with the region making around 27,000 tonnes of the good stuff every year. Olive oil mills are dotted across Catalonia and often visitors are welcomed. 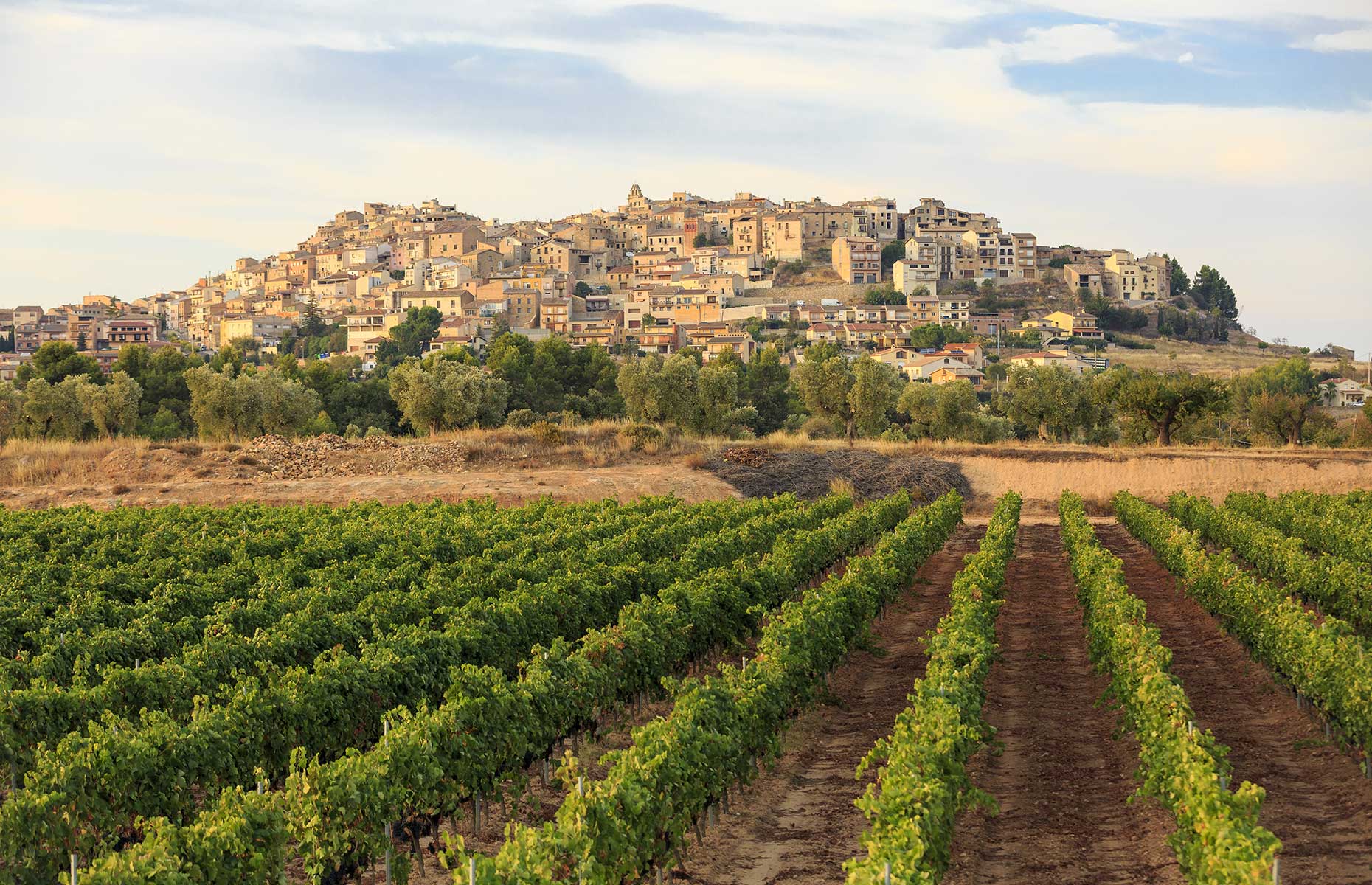 Finish off your day trip to Horta de Sant Joan at Identitat, a boutique olive oil mill hidden away in an ancient building in the village.

Identitat focuses on the Empeltre variety of olive oil, made from the reddish-black olives that are native to the area. Sample the different varieties at a tasting in the lower level of the mill – home to a small part of a city wall that dates to the 12th century – and find out about the production process.

Then, for a completely different experience head upstairs to the dining area. With views over the lush farmlands and rolling green mountains, you can book a traditional Clotxa lunch, a dish of a bread roll, filled with chopped tomatoes, roasted garlic, cooked sardines, and of course, plenty of olive oil. Pronounced clo-cha, it’s a must-do in Horta de Sant Joan.

READ MORE: Discover the best region of Spain for you

Tucked inland, Mont-roig del Camp is where the artist Joan Miro was inspired to paint some of his most famous pieces and it’s the perfect place to explore Catalan culture and embrace the history of the area.

The village takes its name from the towering red-rock mountain, around a 25-minute walk from the main square.

Sitting at 1,260 feet (395m) the spectacular mountain is home to two hermitages, Mare de Déu de la Roca (pictured) and Capella de Sant Ramon de Penyafort. Built in the early 13th century, the small religious retreat of Sant Ramon de Penyafort has undergone numerous renovations after being damaged in the Spanish Civil War in 1936. These clifftop sanctuaries are almost as otherworldly as the views across the Camp de Tarragona. 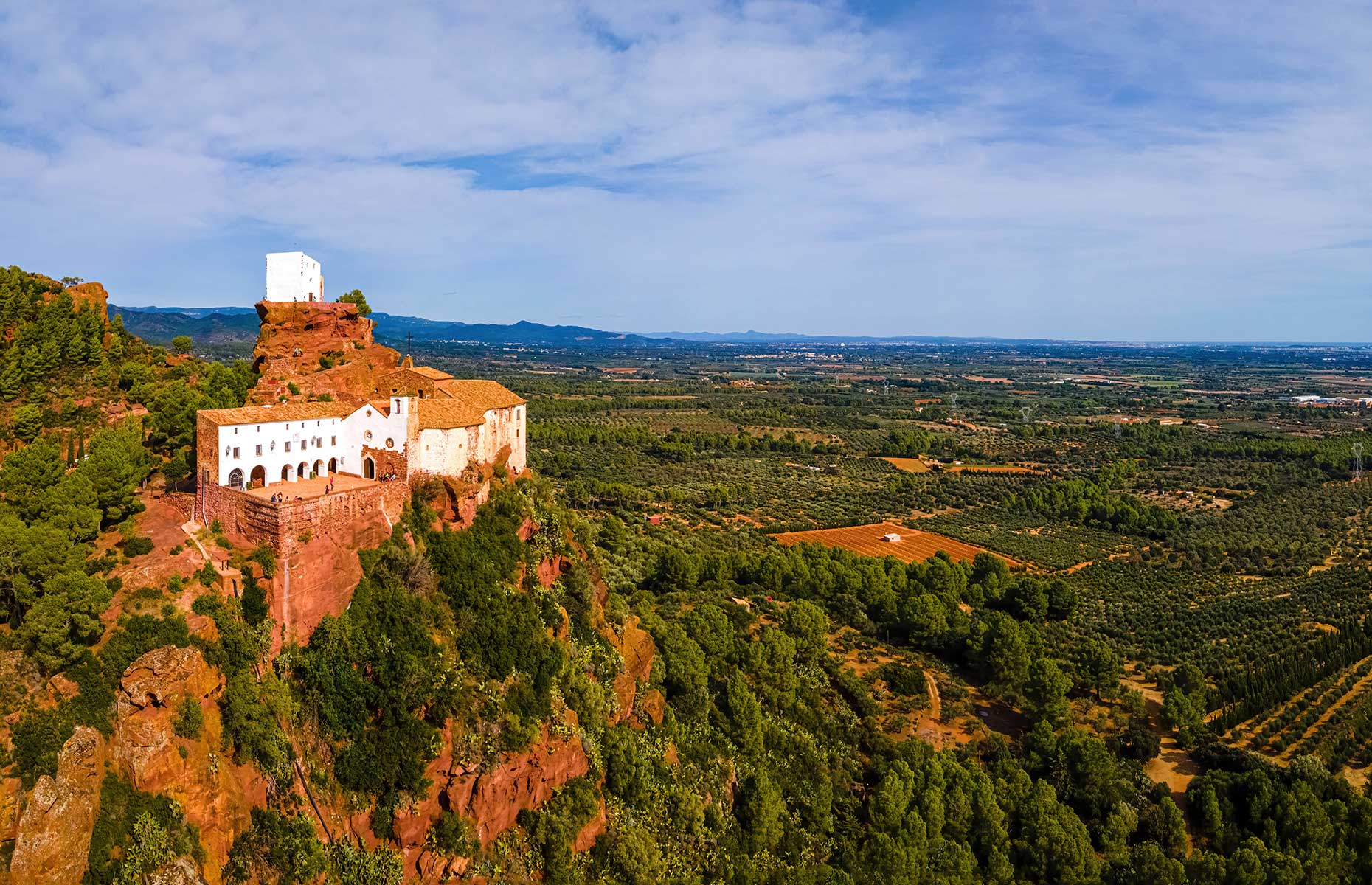 To set yourself up for a day of climbing, get to Mont-roig del Camp early and try a traditional Catalonian breakfast at Ermita Mare de Déu de la Roca. Cheese, meat and pa amb tomàquet (tomato bread) washed down with local wine is a perfect start to the day.

5. Head to the coast

Located in the province of Tarragona, the town of El Vendrell on the Costa Daurada has a fascinating cultural history, and being just near the coast, is a short hop to some stunning beaches.

Before you hit the golden stretches of sand Pau Casals Villa, located in the seaside quarter of Sant Salvador is worth a stop. Originally built as a summer house by the world-renowned cellist, the villa underwent renovations in 2001 to become a museum to celebrate the life of Casals and is complete with stunning gardens, a concert hall and rooms displaying his art collection.

Then it's a 20-minute walk to Coma-ruga beach, which leads on to Masia Blanca, a protected marine nature reserve, and the perfect spot to unwind.

End your tour of Catalonia by heading back to the city of Reus, 67 miles (109km) from Barcelona. It was here that the architect Gaudi (known for his curvaceous fairy-tale-like buildings) was born in 1852, and lived for the first 16 years of his life.

Although none of the buildings in Reus were built by Gaudi himself, the city is bursting at the seams with Modernista architecture. 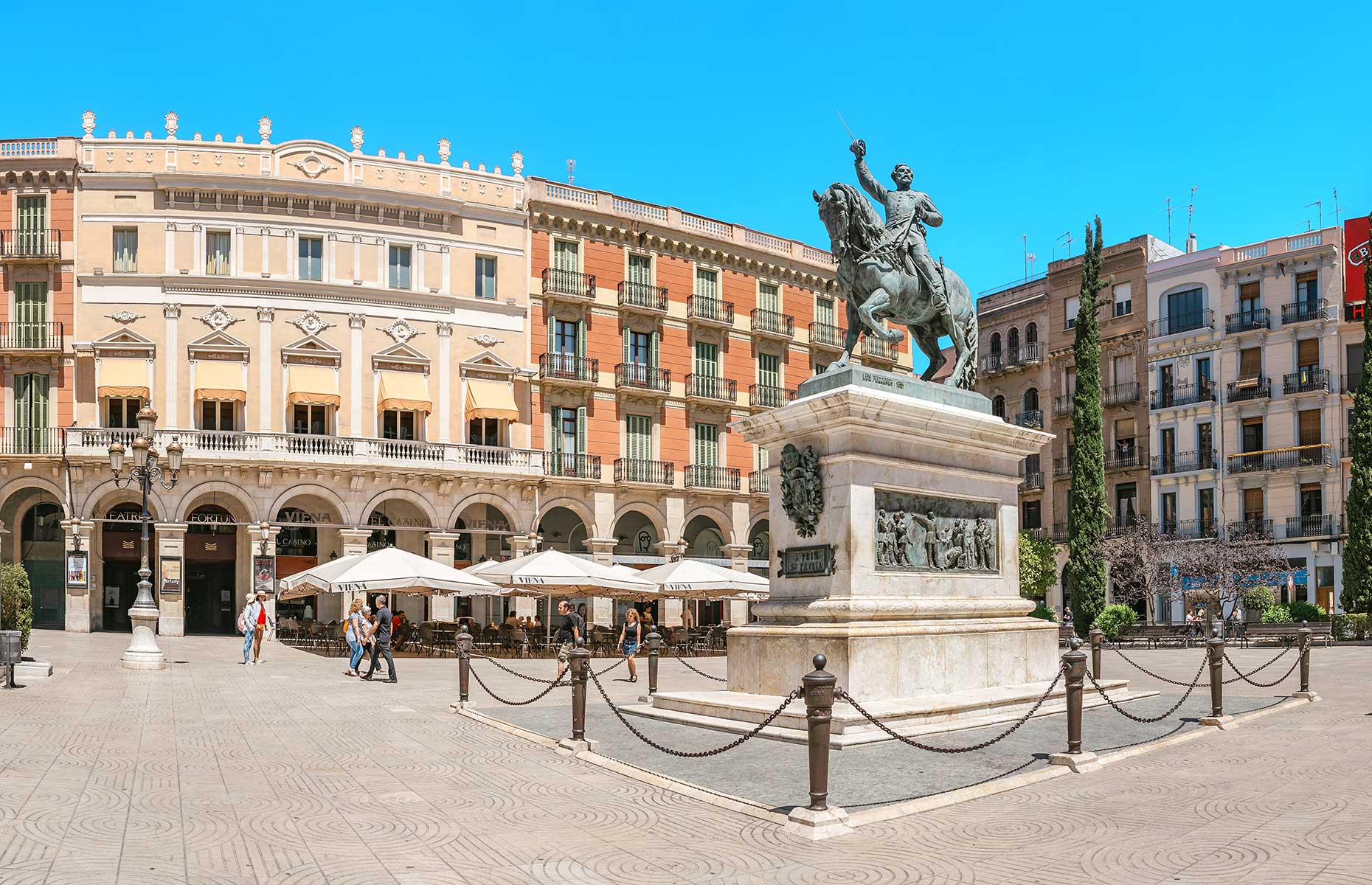 Start your day at the Gaudi Centre, exploring his life works and even getting a look inside his workshop at the Sagrada Familia. You can also see where he was born by heading to number 4 Carrer de Sant Vicenç. Although now privately-owned, you can still gawp at the exterior of the home.

After a stop for an afternoon tipple of vermouth, follow the Reus Modernism Route, a walking tour that takes in the architecture designed by Gaudi’s contemporaries.

For more information about what to see and do in the area visit the Catalan Tourist Board’s website.