One of the world’s favourite holiday destinations, Spain isn’t all about city life and packed beaches. It’s easy to escape the crowds, if you know where to go.

Why head to rural Spain?

Forget the famed Andalusian costas, the Balearics and the cultural hot spots of Madrid and Barcelona, and instead head off on a rural Spanish escape. The countryside is full of less-visited valleys, national parks and coastal areas, just ripe for exploration. Spend your time among mountainous peaks, hiking trails, rivers for wild swimming and natural coves, with barely anyone else in sight.

The Rías Baixas lie on the Galician coastline, with Portugal to the south and the wild Atlantic to the west. It comprises Galicia’s four longest rías (coastal inlets) and covers an area of small bays, wide sweeping beaches and uninhabited islands, interspersed with cute fishing villages.

Enjoy your time here hiking to secluded coves, swimming in the ocean waves and visiting some of the many islands within the Atlantic Islands of Galicia National Park. Some of the best islands here are the paradisiacal Cíes Islands, which have often been likened to those in the Caribbean. What’s more, the region is also known for excellent seafood and local white albariño wines. The closest international airports are Santiago de Compostela and Vigo.

Soaring peaks, crystalline mountain lakes and picturesque stone hamlets – this is the Picos de Europa, a natural park and mountain range, stretching for more than 12 miles (20km), making it the biggest in Spain. One of the most dramatic areas of northern Spain, it spans the regions of Cantabria, Asturias and León.

READ MORE: 6 reasons why you should visit Asturias

Hike between mountain passes to spot wildlife such as chamois, wild boar and birds of prey, or stop off to taste some of the region’s famous cheese – the blue Cabrales. The nearest international airports are Santander and Asturias Airport, close to Oviedo.

Located in the very south of Catalonia, close to the border with the Valencia region, this is one of Europe’s biggest wetland areas at roughly 123 square miles (320sqkm). The area is a favourite for bird enthusiasts – it’s home to over 300 species of birds, including exotic flamingos. You can reach the Delta del Ebro easily from Reus or Barcelona airports.

The beautiful valleys of Jerte and La Vera lie in the northern part of Extremadura, one of Spain’s westernmost regions, sitting along the border with Portugal. The Jerte Valley is known for its gorgeous fragrant cherry blossom and verdant vegetation. Explore the Garganta de los Infiernos Natural Reserve, ideal for wild swimming and cooling off in the summer heat. 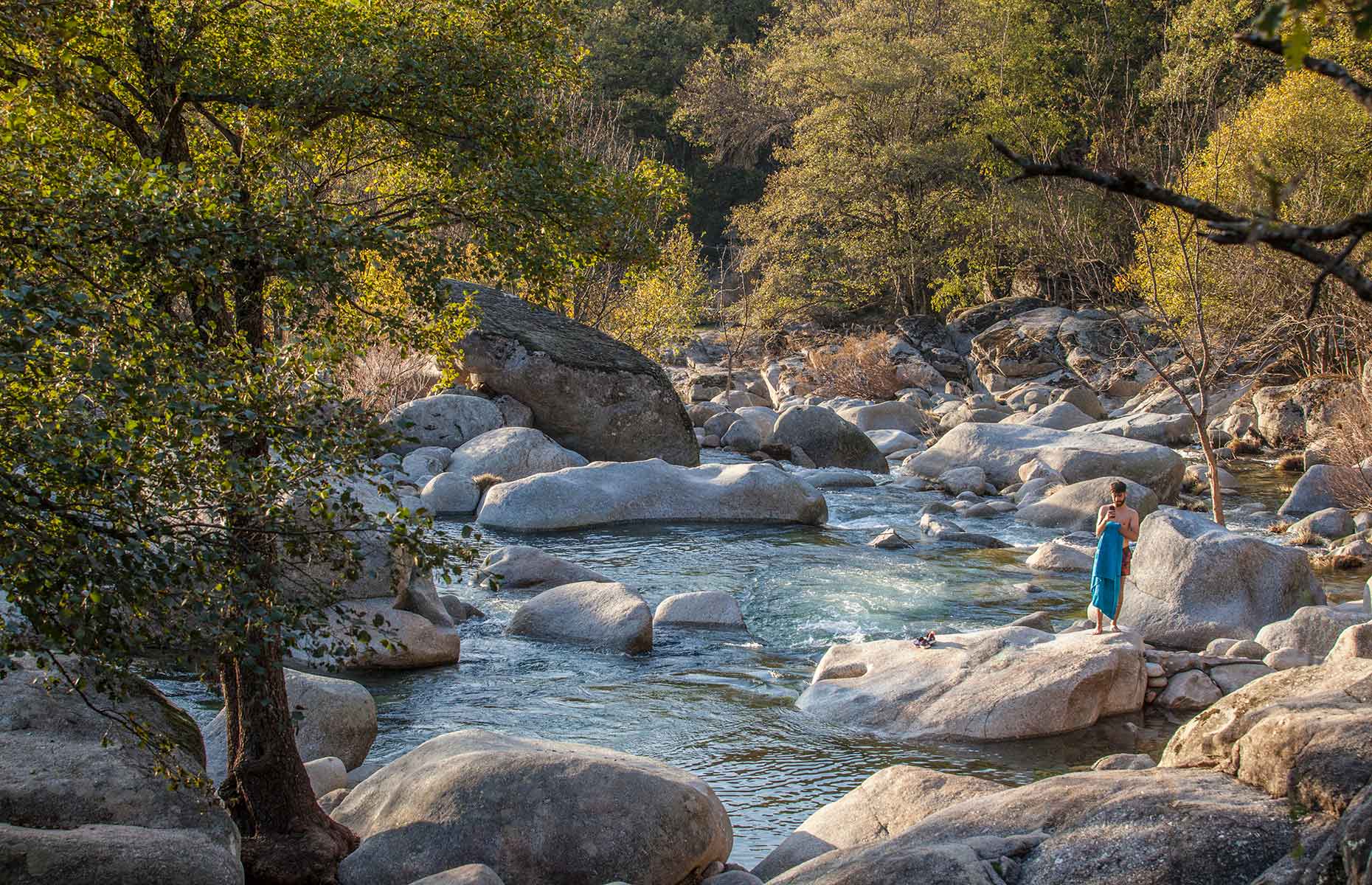 Neighbouring La Vera is the paprika capital of Spain and is filled with historic towns, excellent dining options and dramatic gorges for hiking and swimming. The easiest way to reach the park is by hiring a car from Madrid Airport, from which it’s approximately a three-hour drive. 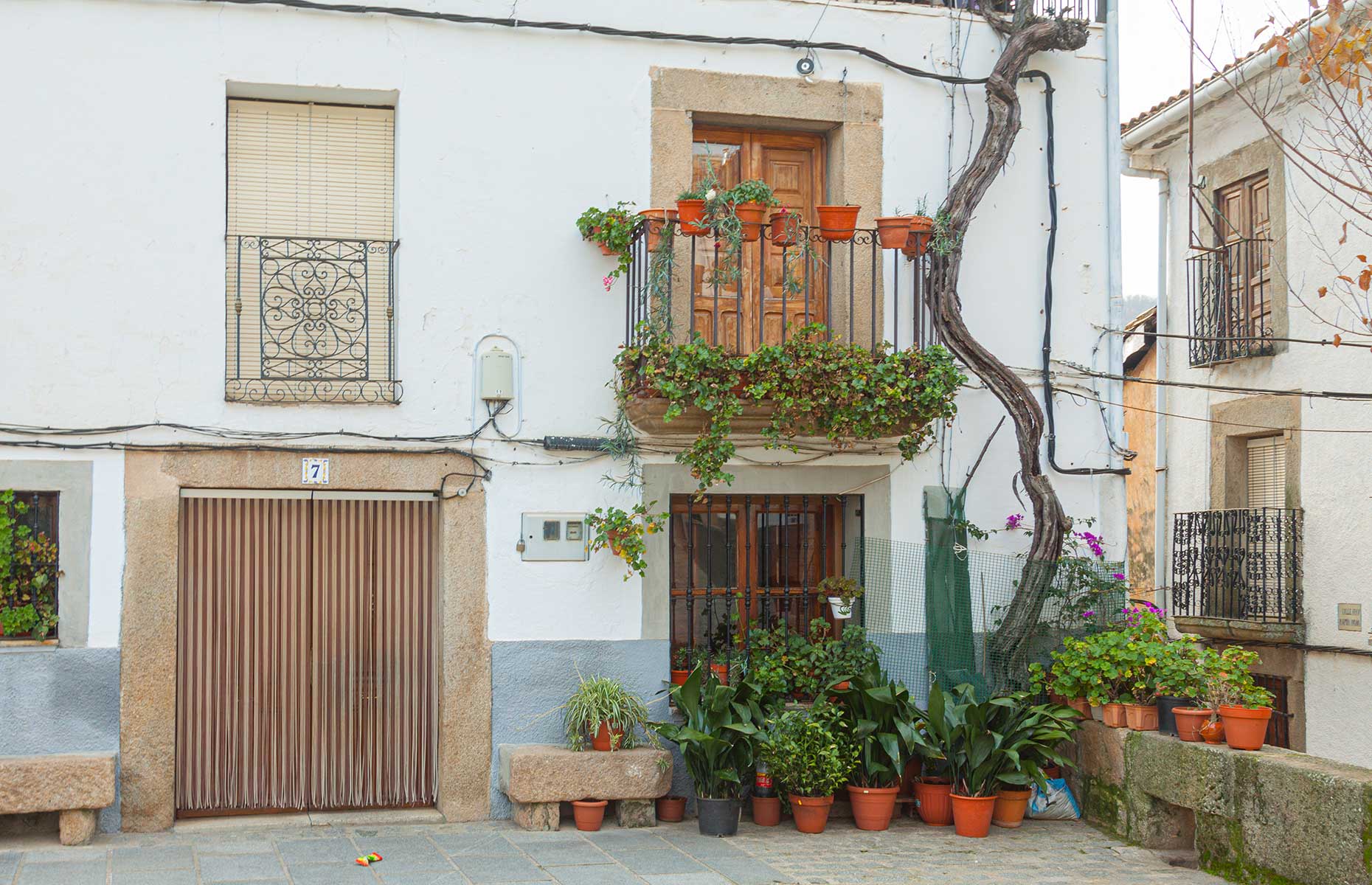 An hour southeast of Granada, in the mountains on the edge of the Sierra Nevada, you’ll find a picturesque area of whitewashed mountain villages known as the Alpujarras.  Explore this series of steep mountain passes where the sounds of goat bells can be heard echoing across the mountains and the slopes are studded with the fluffy outlines of sheep.

Visit the village of Lanjarón which is famous for its mineral water; buy colourful hand-woven rugs in the villages of Pampaneira and Capileira; and eat traditional jamón serrano in Spain’s highest village – Trevélez. The area even has its own dish – the grand plato Alpujarreño, consisting of pepper and garlic-fried potatoes, black pudding, chorizo, ham and a fried egg. The nearest international airport is Málaga.

Located in Extremadura, one of Spain’s most underrated regions, Monfragüe National Park is a destination for nature lovers. Think rolling verdant hills, wide rivers and craggy peaks. The park is home to more than 400 different species of birds: eagles soar high in the skies, vultures lurk in the trees and kingfishers dart up and down the rivers.

And if the natural wonders aren’t enough, there are the ruins of a castle to discover, as well as ancient cave paintings. There are plenty of casas rurales – countryside bed and breakfasts to stay in, dotted around the park and throughout the wider area. The park can be reached by car from either Madrid or Seville airports.

Just a few hour’s drive from the popular resorts of the Costa del Sol sits an area of natural beauty right on the southeastern tip of Spain. The Cabo de Gata-Níjar Natural Park covers both land and sea, and comprises the largest protected ecological area in Mediterranean.

An important biosphere reserve, it’s filled with natural beaches, hidden coves which you can reach only on foot and charming villages. What makes this park truly special though are its otherworldly landscapes, where volcanic cliffs and chimneys shoot up from the rocks, preserved forests hide beneath the water and fossilised lava tongues decorate the coastline. The nearest international airport to the park is Almeria.

The Ordesa y Monte Perdido National Park is known as the true heart of the Pyrenees, located in the northern part of Spain’s region of Aragón. A UNESCO World Heritage Site, the park is crisscrossed by deep canyons and gorges, wide bottle green valleys, winding rivers and tumbling waterfalls. Whether you want to spend your summer hiking, rock climbing, bird watching or exploring nearby historic villages and churches, Ordesa y Monte Perdido has it all.

The Monte Perdido or ‘Lost Mountain’ itself is the highest limestone massif in Europe. Base yourself in the nearby towns of Aínsa or Jaca, known for their charming cultural heritage and historic architecture. The park can be reached by flying to either San Sebastián, Bilbao or Barcelona, and hiring a car to drive between three to four hours.