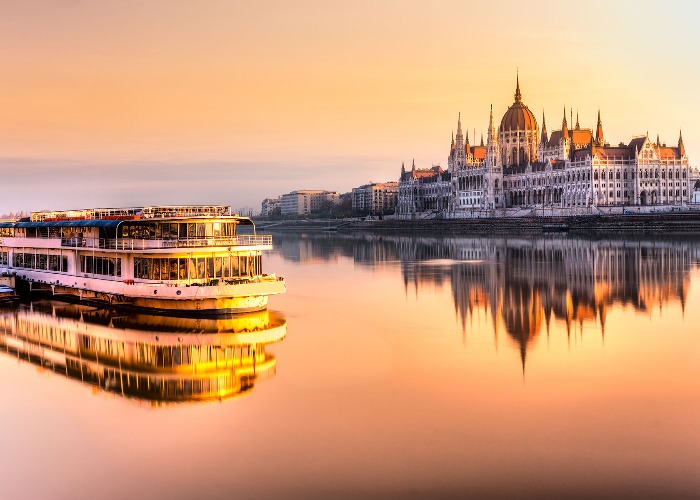 From traditional routes around the heart of Europe to new options in Asia and the USA, a river cruise offers a different destination every single day – and there’s always something to see from your balcony. Here are some of the world’s finest selected by cruise expert Nick Dalton

Voyages along the world’s waterways are one of the biggest trends in travel offering luxury as you see countries from the inside. Unlike the mega-ships of ocean cruising, river vessels are usually smaller with only a few hundred onboard and you dock right in the heart of a destination.

What’s the appeal? First-timers should start here. The classic voyage with hilltop fortresses, monasteries and picturesque towns as you pass through Germany, Austria, Slovakia and Hungary.

This is a peaceful trip across the heart of Europe – the favoured stretch is between Budapest and either Passau or Nuremburg (on the Main-Danube Canal) in Germany.

You’ll take in Vienna with its palaces, pass through medieval Bratislava and visit grandiose Melk Abbey looking down from its rocky seat. 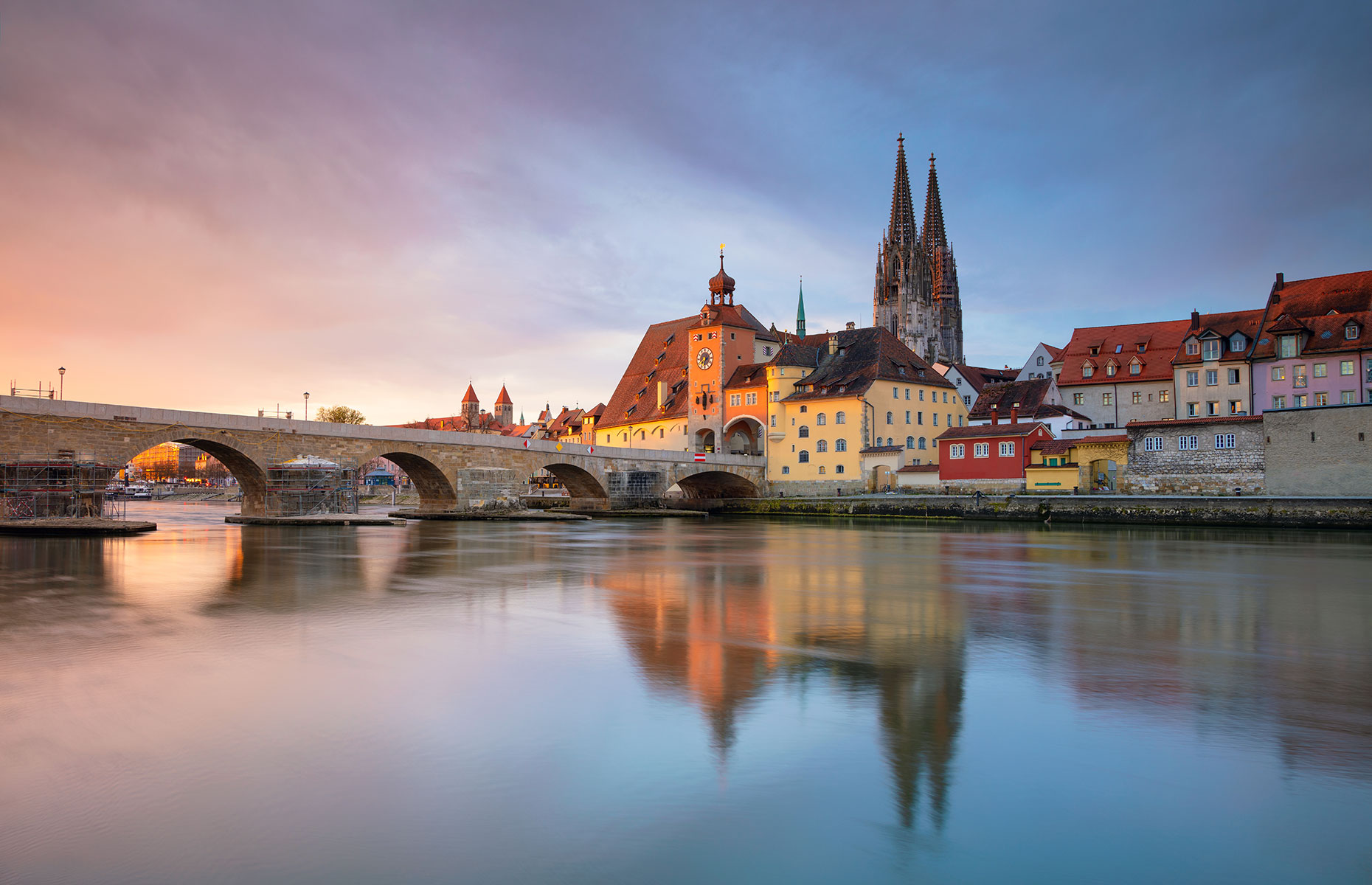 A Danube cruise regularly features the chance to cycle along the river bank, to hike the hills, go wine-tasting and catch a classical concert with plenty of immersive action in grandiose surroundings.

The ship: There are many ships on the river but Uniworld’s SS Beatrice is posh, and then some, with Picasso artwork, marble floors, a grand iron staircase, huge glass chandelier and four dining options.

How to book it: Uniworld has a regular eight-day Delightful Danube cruise between Nuremburg and Budapest from £2,879pp ($3,800), including flights from London.

READ MORE: Genius cruise hacks you need to know before you set sail

What’s the appeal? The spirit of India on a new cruise that wends its way 1,000 miles between Kolkata in the south and Varanasi in the northeast, a route rarely travelled since paddle steamers in the days of the Raj.

Now a multi-million-pound dredging project has seen it revitalised. The route takes in Mayapur (where the enormous temple home of the Hare Krishna movement dominates the skyline), Bateshwarsthan (where the Kosi river arrives from Nepal and with the 8th-century Buddhist site of Vikramshila), Buxar (site of the epic 1764 battle between the British and the Moghuls) and a wealth of temples in a timeless landscape.

Varanasi, pictured below and the oldest and holiest city of India, dates from the 11th century BC, and has more than 2,000 temples and is best explored by rowing boat and cycle rickshaw. 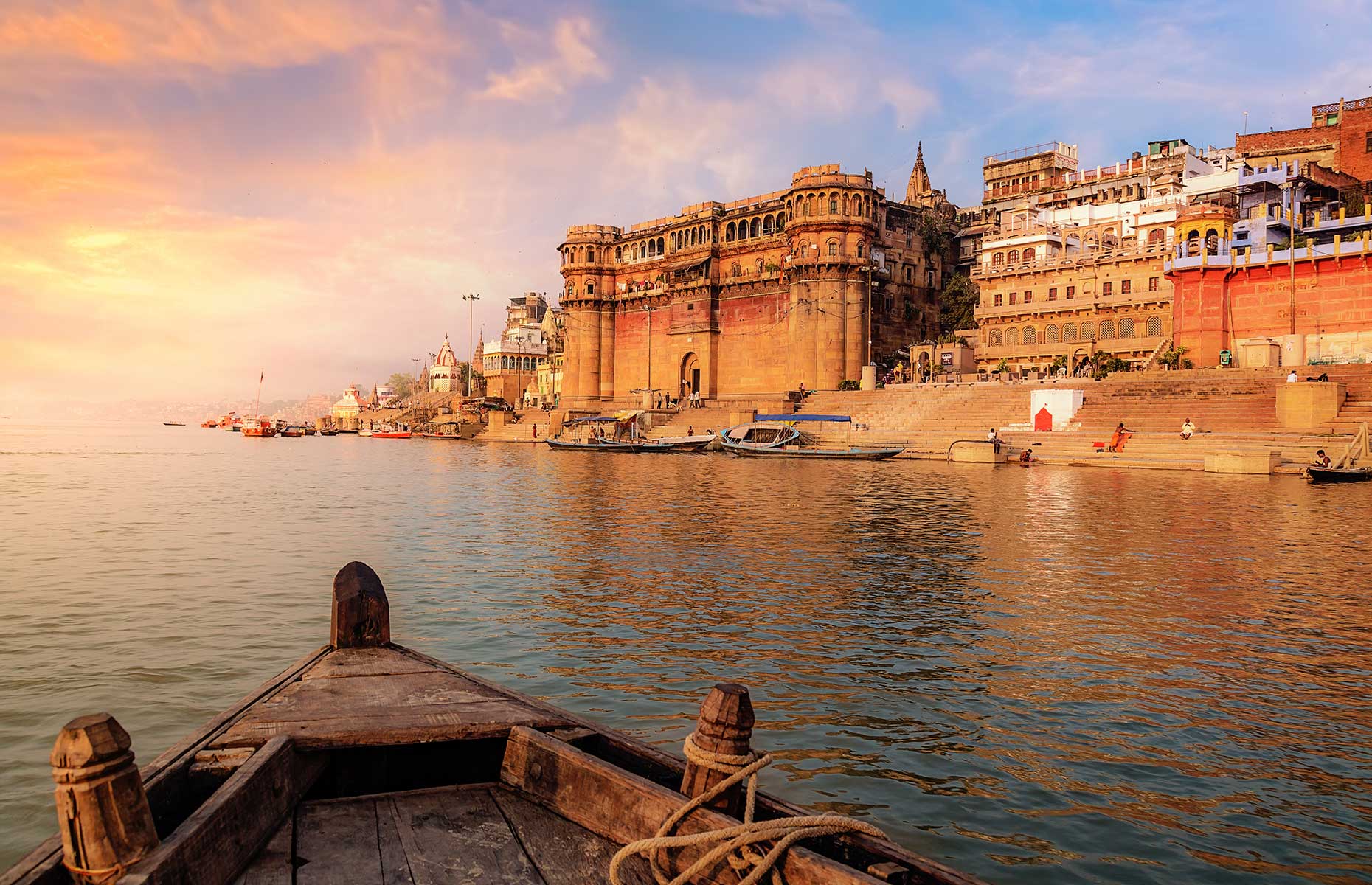 The ship: Either the 24-passenger RV Katha Pandaw or the 36-passenger RV Kindat Pandaw. Both are furnished in styles that hark back to the 19th century with lots of teak and brass and an outdoor bar.

What’s the appeal? Everyone wants to visit Vietnam and Cambodia – the distant peaks, paddy fields, water buffalo plodding along the riverbanks and ancient villages.

It’s intensely beautiful and awash with ornate temples, not least the vast Angkor Wat complex in Cambodia. Voyages have traditionally started on the river itself, a goodly way from Ho Chi Minh City (pictured below), but new and very contemporary Emerald Harmony is so delicate and shallow that she can sail from beneath the futuristic towers in the heart of the city on the Saigon River, negotiating the little waterways and canals in between. 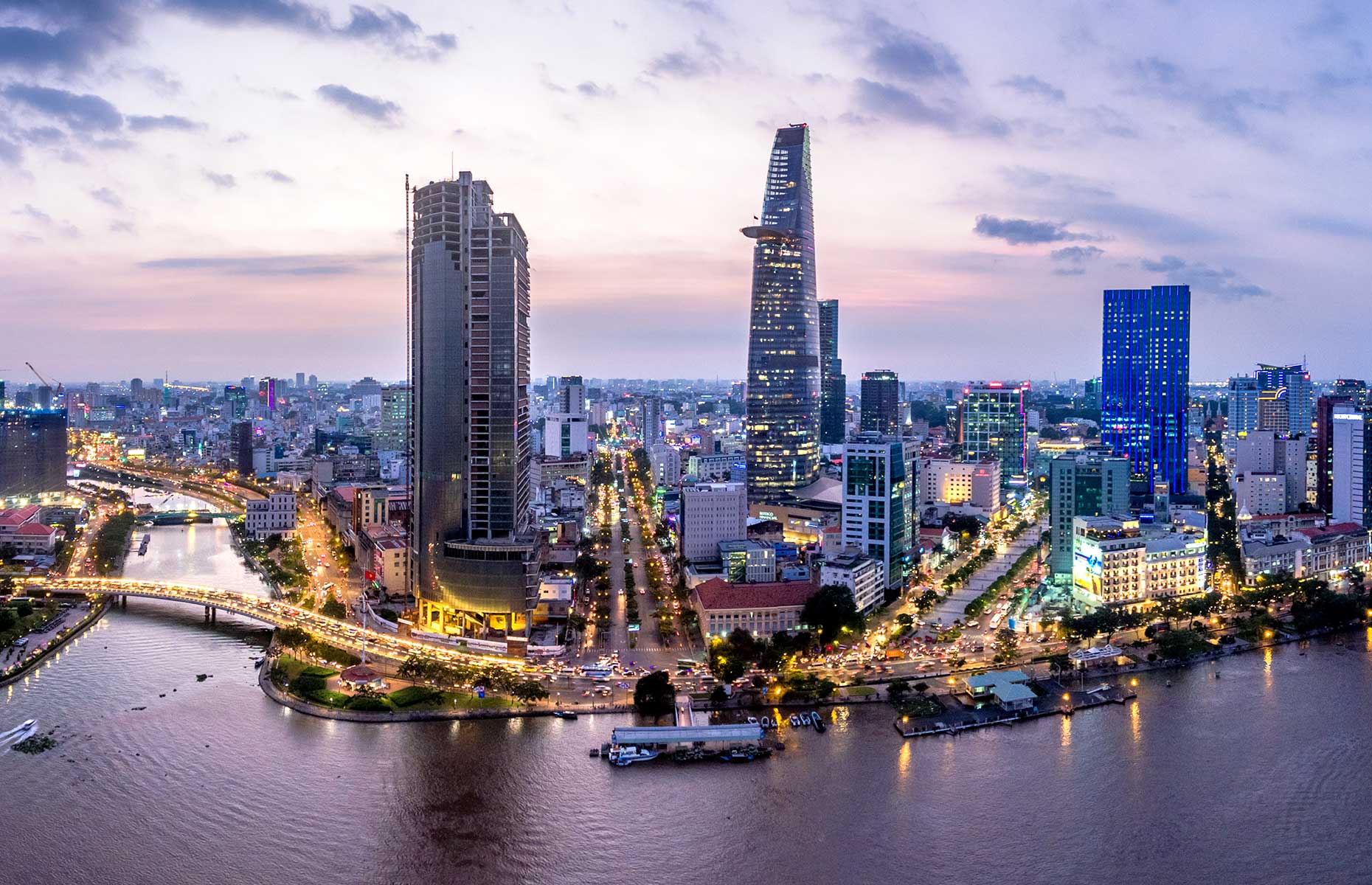 After two nights in the city, Emerald Harmony heads through the Mekong Delta to the town of My Tho then on to the Mekong itself, heading north and spending two nights in the Cambodian capital Phnom Penh. The trip is a wonderland of exploration – tuk-tuks, ox-cart and sampan rides, Buddhist blessings, silk factories, farms and a tour of wartime relics and museums. The finale is three nights in a hotel in Siem Reap with temple tours.

The ship: Emerald Harmony carries 84 passengers in the style of a private yacht, mingling contemporary design and Asian tradition – and with an open-air pool.

What’s the appeal? America’s river, which rolls relentlessly south from just shy of the Canadian border to the Gulf of Mexico at New Orleans – and doing it on the world’s biggest paddlewheeler, American Queen.

The most popular stretch is between Memphis and New Orleans, the spirit of the south.

But wilder and with the ghost of Mark Twain’s hero Huckleberry Finn echoing through it is that from Memphis (pictured) to St Louis.

Often it feels like you’re at sea and there are no defined banks – the river just sloshes into the trees – while towns such as Cape Girardeau nestle behind massive floodwalls.

Bridges stretch forever to leap the flood plain, there are islands and even beaches.

Little Chester, Illinois, is where Popeye the Sailor Man was created and there’s a museum, not to mention a statue of Olive Oyl. In St Louis you moor in the shadow of the mighty, stainless steel Gateway Arch.

READ MORE: Discover what to see and do in the Big Easy with our guide

The ship: American Queen carries more than 400 passengers in ornate Victorian style… the Southern elegance of the dining room, entertainment in the two-deck Grand Saloon, a rich, dark bar that overlooks the giant, splashing wheel plus on-deck rocking chairs in which you can sit back and enjoy free cookies and coffee. 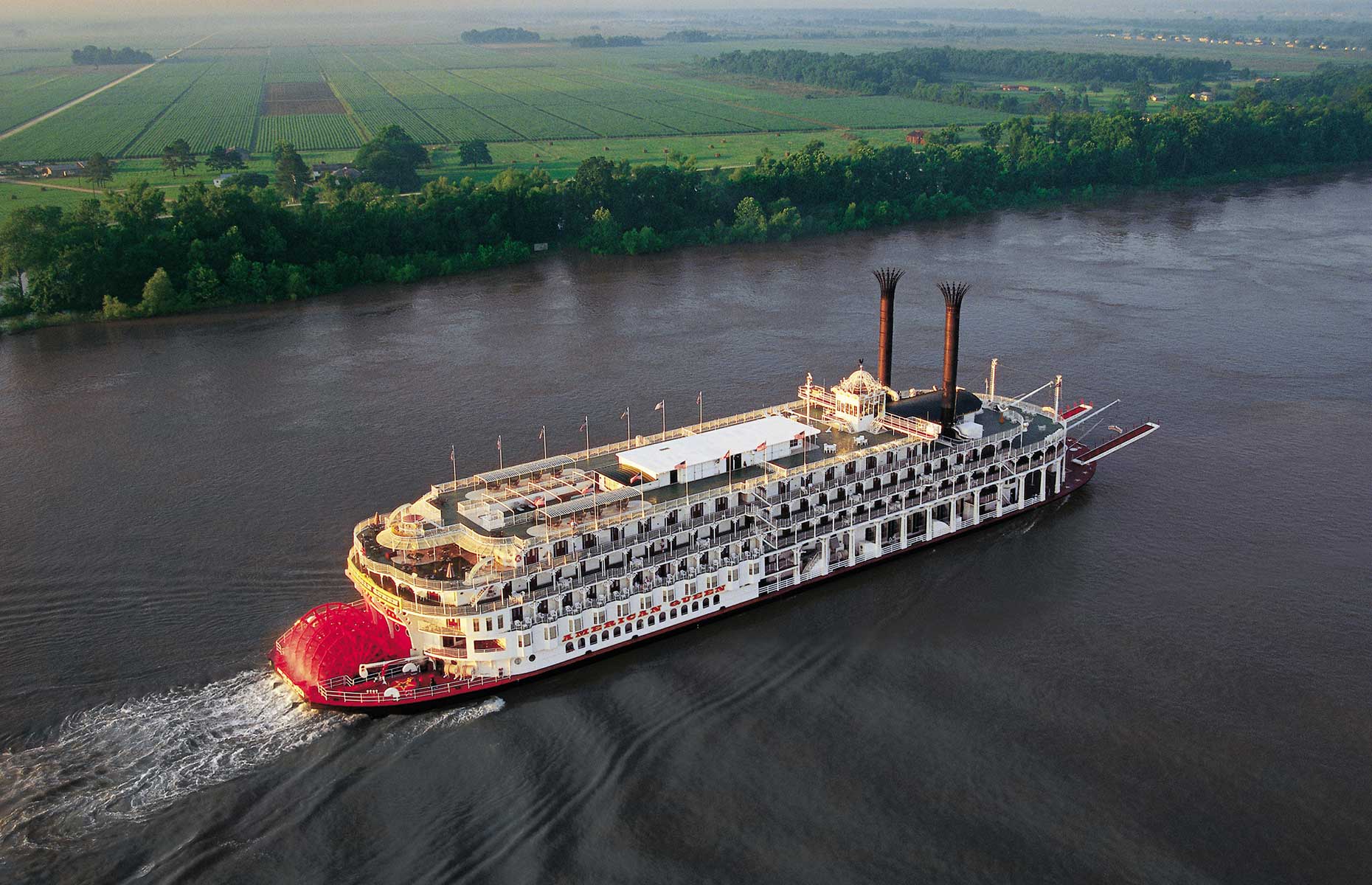 How to book it: A nine-night cruise from American Queen Steamboat Company with a one-night pre-cruise hotel stay starts at £1,600pp ($2,099), flights not included.

What’s the appeal? Sun and wine – this river crosses Portugal after spilling over the Spanish border (although only the Portuguese section is navigable).

Cruises depart from Porto on the coast, sailing from docks where barrels of port were once unloaded and under the 1,296 foot-high (394m) Dom Luís 1 bridge, into a world of vineyards, olive groves and almond trees. Voyages get as far as the border town of Vega de Terrón (there’s usually a trip to the UNESCO-protected Spanish city of Salamanca).

There’s plenty more history, whether Mateus Palace, pictured below and on the Mateus Rose wine bottles, or Côa Valley Archeological Park with rock art dating back to the Palaeolithic and Neolithic periods. 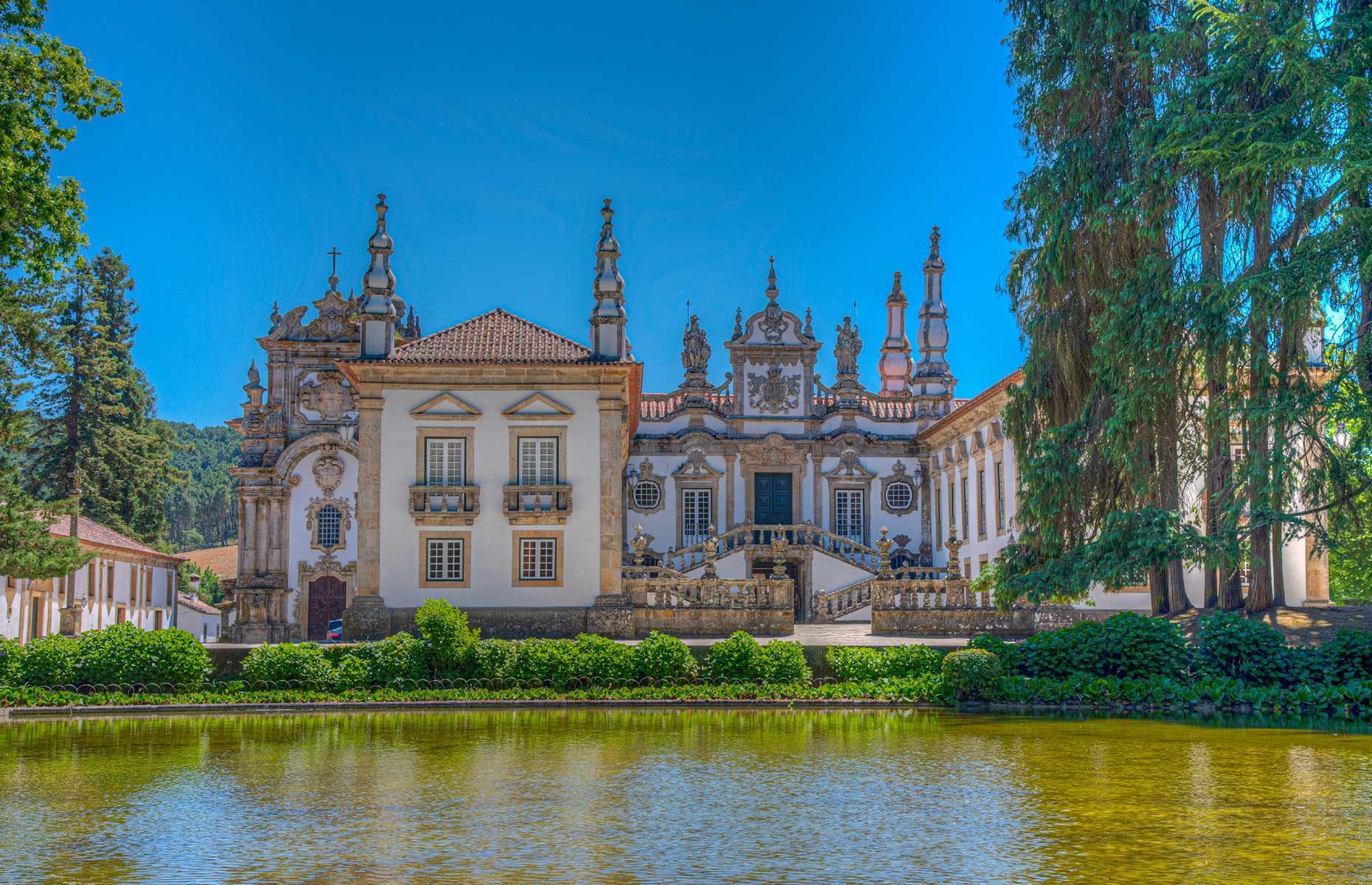 Even the Vinhateiro vineyards, where wine production goes back 2,000 years, are a World Heritage Site.

The river is narrow and weaves between the vine-cloaked hillsides so this is a cruise for sitting on the sundeck and watching the world drift by.

The ship: Scenic Azure, for only 96 passengers, was specially created by Scenic to cope with the constraints of the river, but still manages to fit in an on-deck pool and varied dining options including the Table La Rive with its chef’s menu.

How to book it: The eight-day Delightful Douro cruise from Scenic from Porto to Vega de Terrón and back starts at £2,595pp, including flights from London.

What’s the appeal? The land that time forgot, an extraordinary journey between Moscow and St Petersburg against a wilderness of lakes and forests peppered with gaily-painted onion-domed churches.

There’s the town of Uglich with its Church of St. Dmitri-on-the-Blood (on the spot of the murder of Ivan the Terrible’s son in 1591), Yaroslavl, founded in 1010 (pictured below), and Lake Onega with its 1,369 islands, including Kizhi, an open-air museum of wooden churches, houses and windmills. 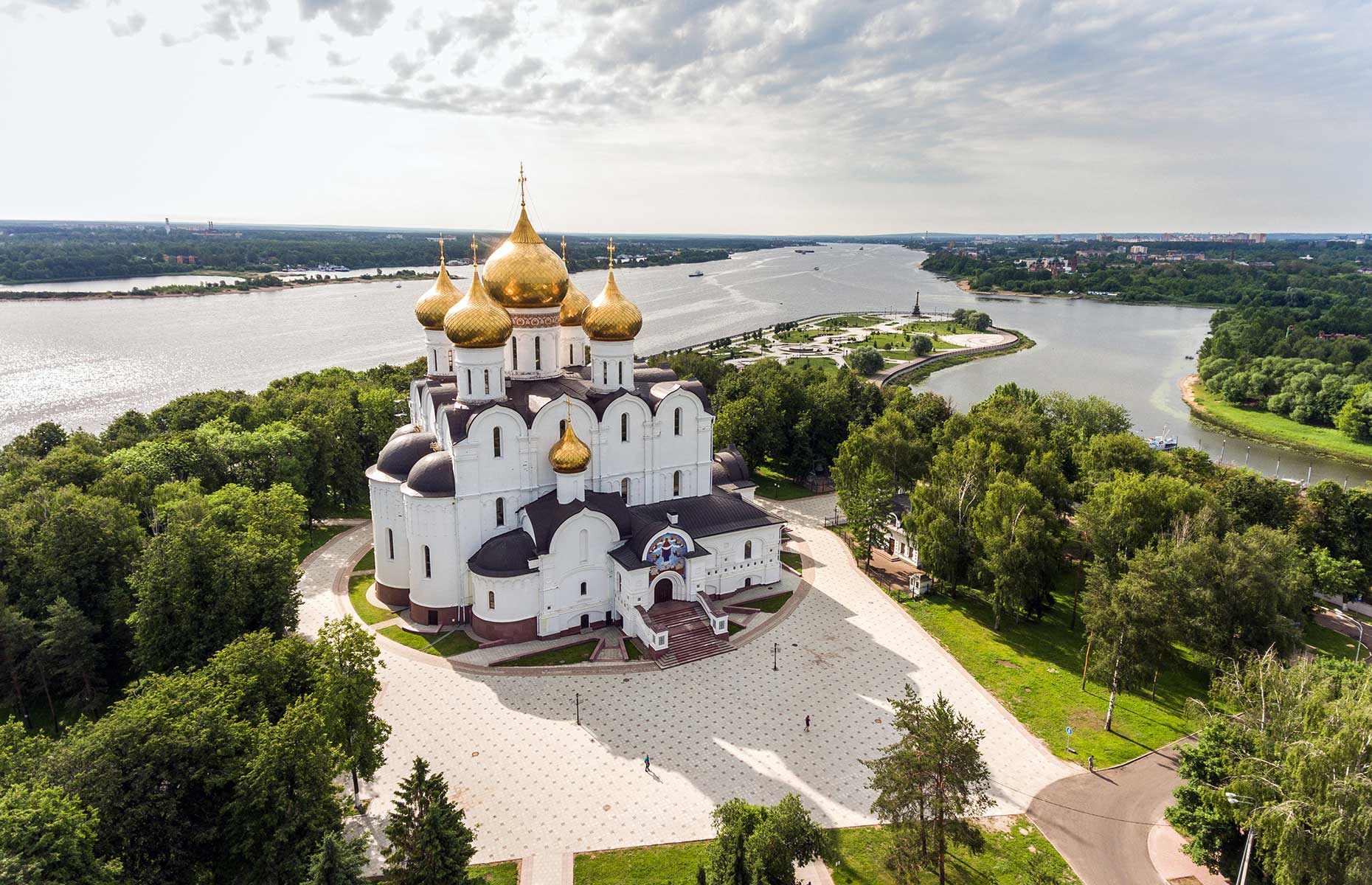 Here the Volga gives way to the Svir then, from Lake Ladoga, the Neva heads for St Petersburg, on the Gulf of Finland.

Cruises play to the crowd with vodka tastings, classical concerts, meetings with hearty villagers and heartier local dishes. And all cruises make sure there are at least a couple of nights in Moscow and St Petersburg so you can get to grips with the Kremlin and the Hermitage Museum.

READ MORE: Things you didn't know you could do on a cruise ship

The ship: There are many but Volga Dream looks resolutely old-school with Russian trimmings and activities including expert lectures, language lessons, cooking demonstrations and piano recitals. 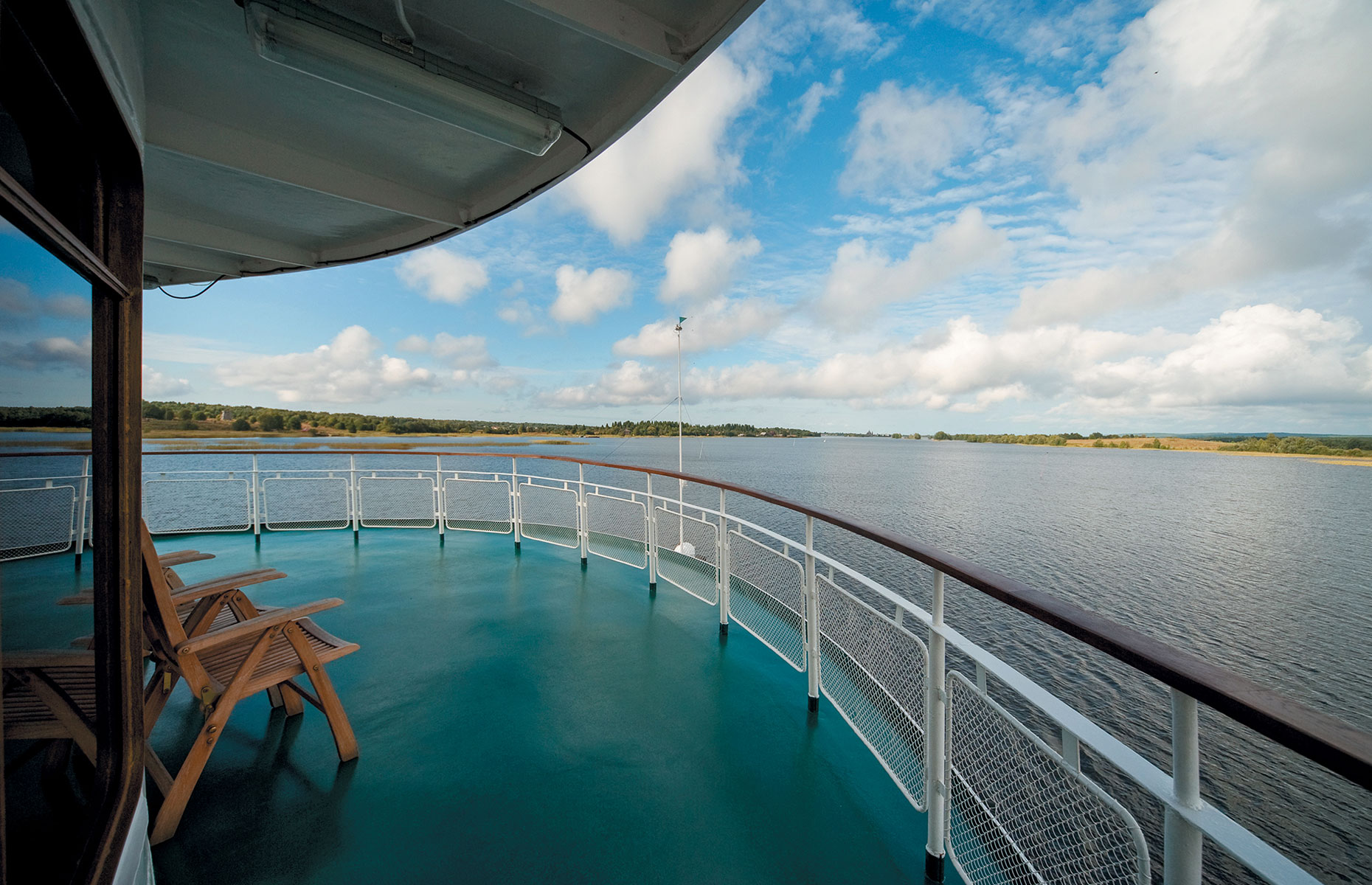 Nick Dalton is co-author with Deborah Stone of the book The World’s Great River Journeys, published by John Beaufoy and available to buy from Amazon.