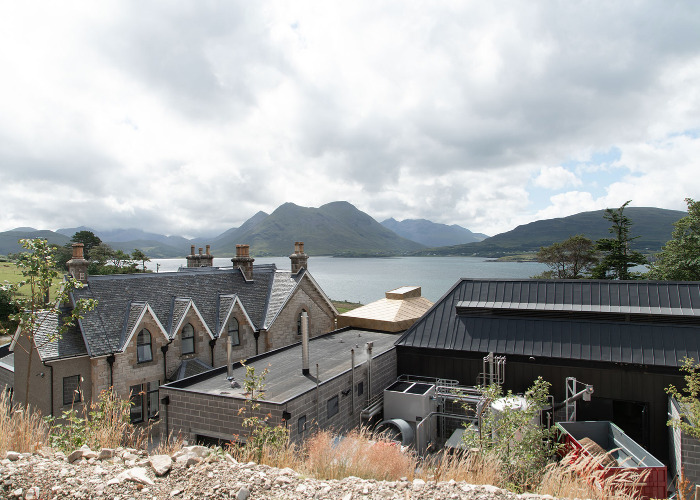 It's got just 170 inhabitants, one distillery and one restaurant – yet the Isle of Raasay has been named among the world's best islands to visit in 2020. We discover what there is to see on Skye's quieter and often overlooked neighbour.

Lying off the east coast of Skye – the largest isle in the Inner Hebrides and by far its most popular destination until recently – Raasay has been overshadowed by the dramatic peaks and gravity-defying pinnacles of its near neighbour. But, as I predicted when I visited this sleepier, calmer island last year, all that is set to change.

Here are five things that should convince you to take the 25-minute ferry ride from Sconser on Skye to Raasay’s small pier.

The catalyst for the sudden interest in this tiny isle – Raasay is just 14 miles by 5 miles – was the opening of its distillery in 2017.

In 2020 the Isle of Raasay Distillery’s single malt will finally be ready (the owners had the foresight to start distilling elsewhere a little earlier) and if its interim blend While You Wait is anything to go by, it should be good. For gin-lovers, the distillery also now makes its own gin using 10 botanicals, including Raasay juniper.

And, with the launching of the Hebridean Whisky Trail, a route that links Raasay with the two distilleries on Skye (long-standing Talisker and the new distillery on the south of Skye, Torabhaig), and the Isle of Harris distillery, you could make a real journey of it.

Of course, after all that tasting, you’ll want somewhere comfortable to rest your head and in what is perhaps a first for a Scottish distillery, upstairs you’ll find six luxurious rooms.

And for those who travel with a conscience, you might be interested to know the distillery is transforming the fortunes of the island’s inhabitants, employing around 10% of the island’s population of around 170 people. If things continue to go well, who knows what other businesses will start to sprout up over the next couple of years.

Aside from the quality whisky and comfy rooms, what the distillery really has going for it are the sublime views of Skye from its tasting room, or as you walk up to the warehouse behind the distillery.

Here you can look across at the Red Cuillin, the more rounded hills of the mighty range – often touted as Britain’s most spectacular – without batting off all the other tourists that you so often come across on Skye. 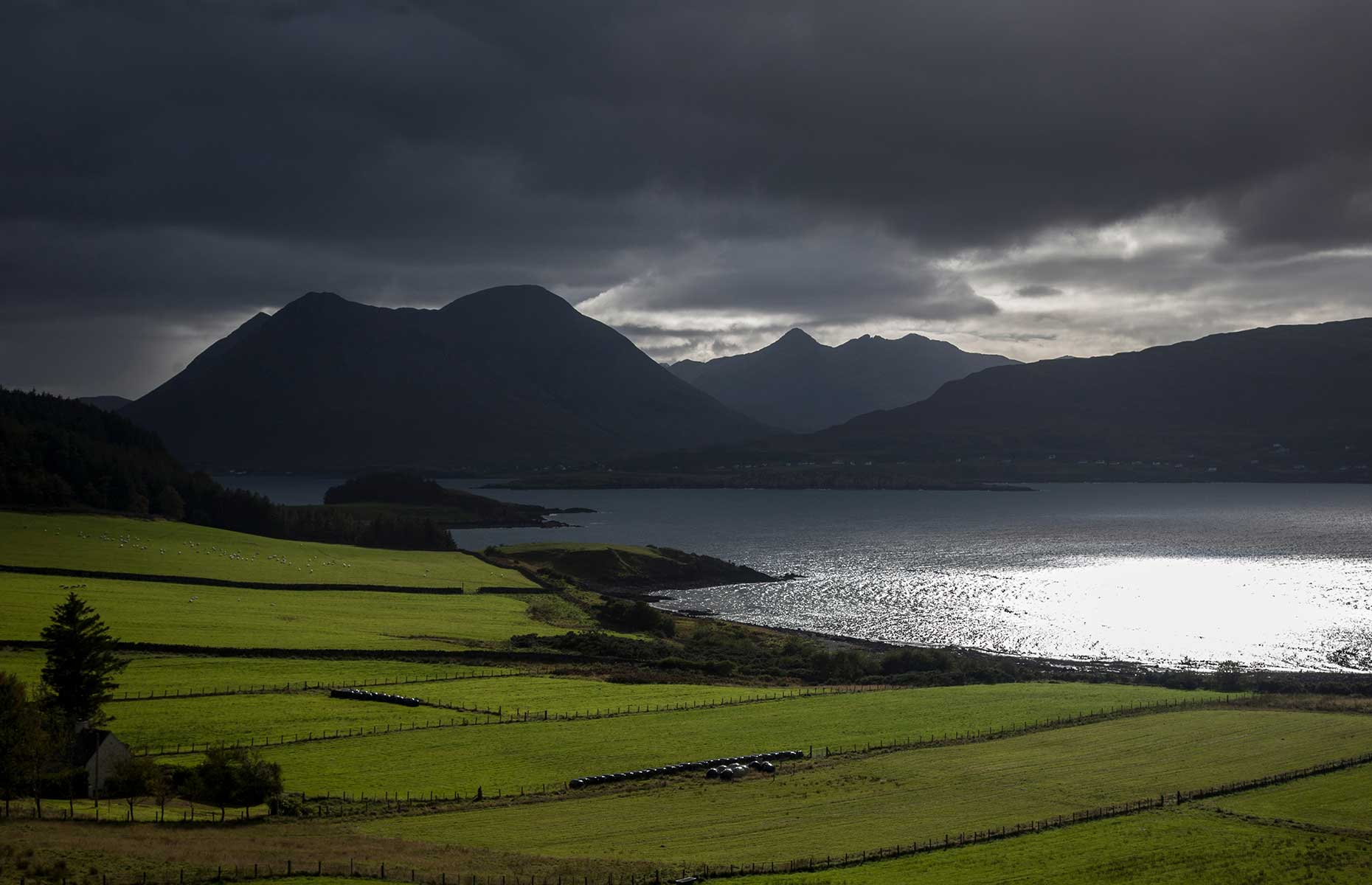 However, move away from the distillery and climb up to the top of the isle’s flat-topped mountain of Dun Caan and you can gaze across to Applecross in Wester Ross on the Scottish mainland, home to some of the oldest rock in Europe and one of the most untamed, natural parts of Scotland.

READ MORE: Here's what to see on the Isle of Harris

3. For beaches fit for the Queen

The Queen supposedly favoured Inver Beach on the west of the isle, when the Royal Yacht Britannia would drop anchor off its shores on the Royal Family’s annual tour of the Western Isles, and it’s not hard to see why. Secluded and with safe swimming, it's backed by woodland where you’ll stumble across rushing waterfalls in utter peace.

However, my preference is North Bay, an equally quiet beach, also on the west, accessed via a small path behind Raasay House (so easily reached by foot passengers who’ve taken the ferry over).

This pebble beach with light blue and pink stones has clear inviting water, lovely views over to Skye and rarely another soul. 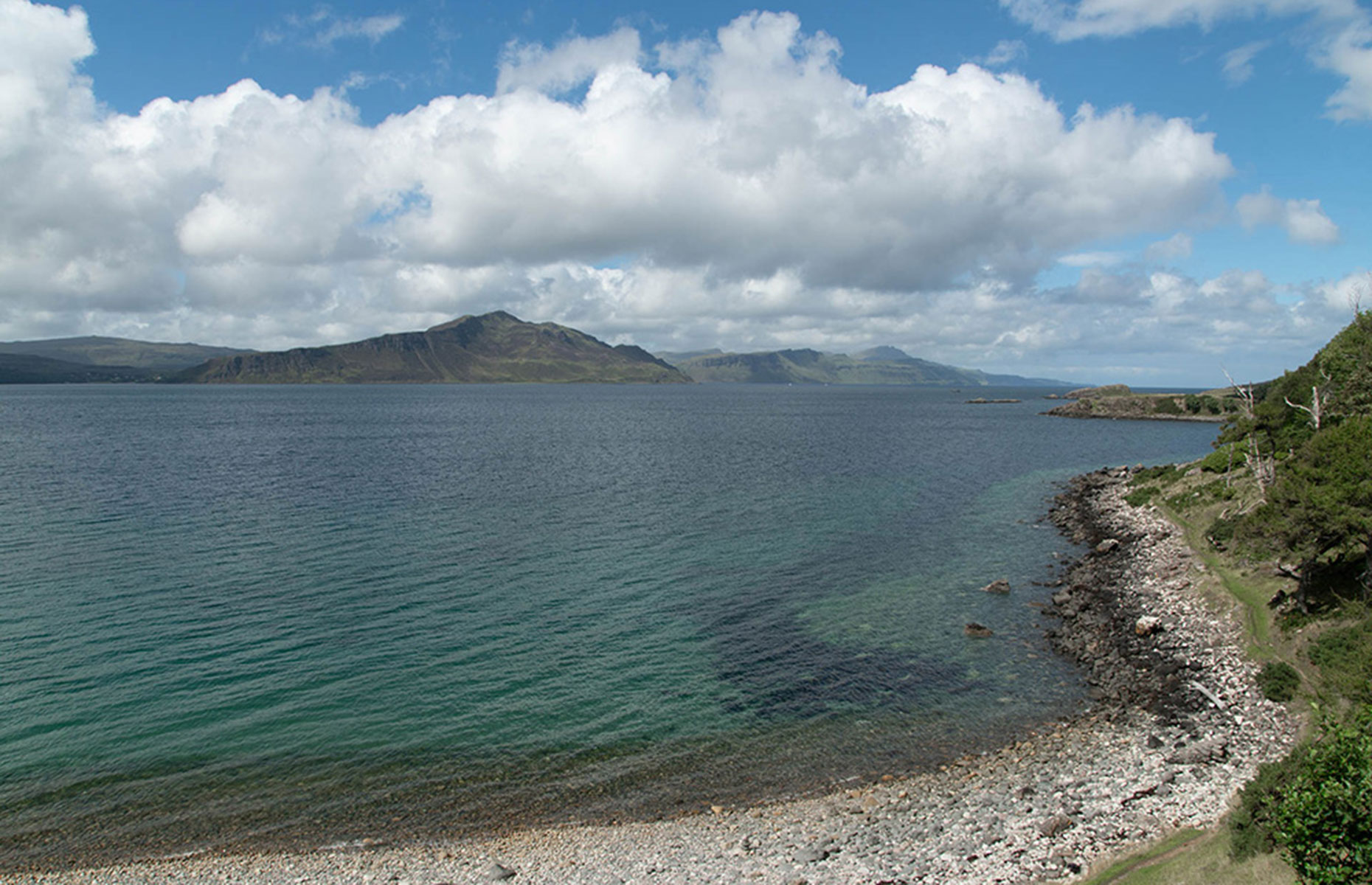 It might seem like Raasay was always a virtually uninhabited isle, but it’s far from the truth. Pictish stones prove it has long been settled and in the early part of the 19th century the population was believed to be around 900. However, the island suffered harshly at the hands of the Highland Clearances (when Scottish residents were forced out and the land given over to for sheep farming).

In the 1840s an uncompromising landlord by the name of George Rainy bought the island from the debt-ridden clan chief. Rainy quickly closed off the land surrounding his large house, forcing inhabitants who had worked the land for generations onto a less hospitable part of the island, which made eking out an existence very hard indeed. One by one the islanders left. 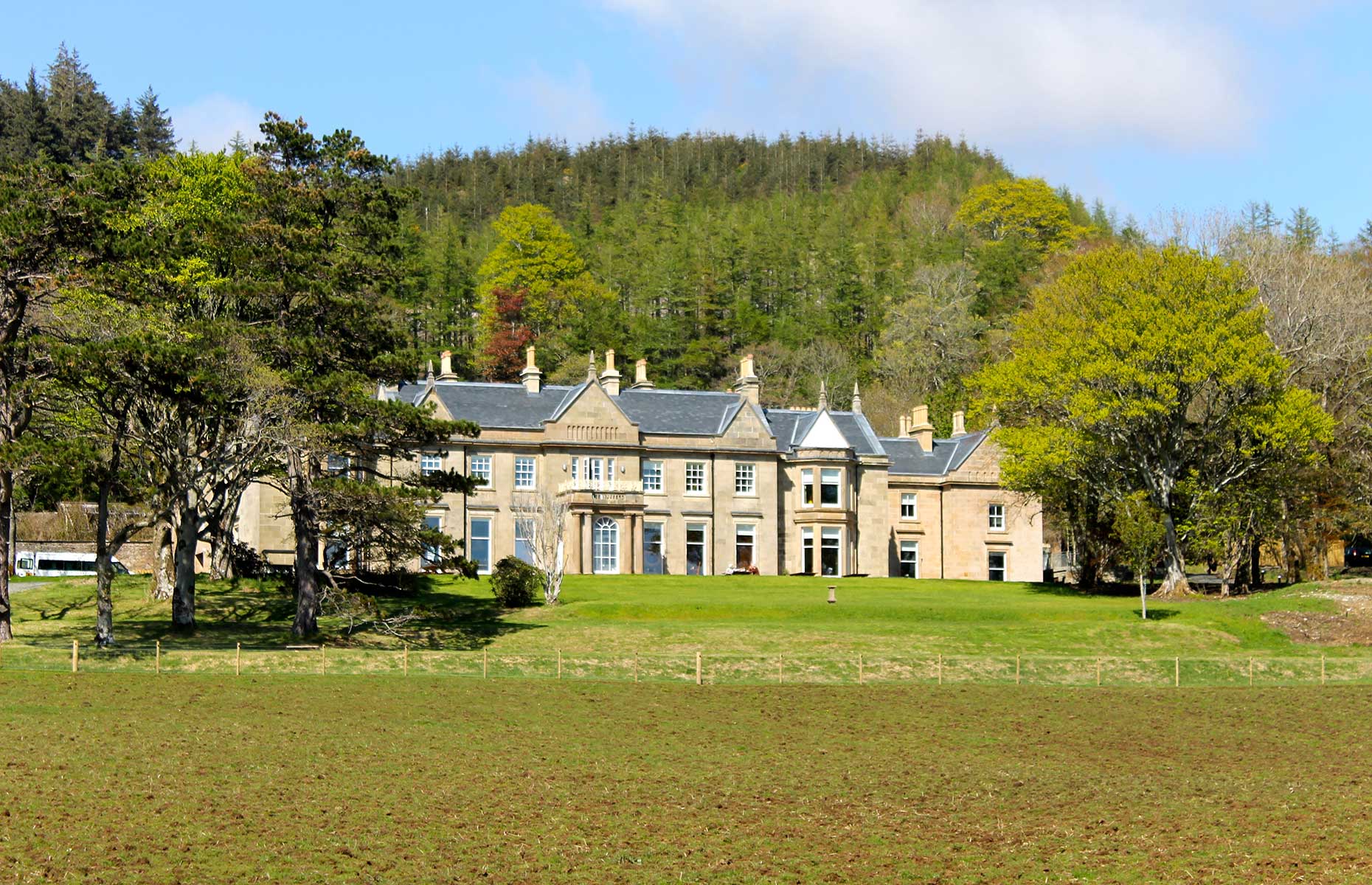 Make sure you visit the cleared village of Hallaig, immortalised in the rousing poetry of Sorley MacLean, who was born here and saw the long-lasting impact of the Clearances. Once the biggest settlement on Raasay, today Hallaig is just a collection of haunting stone outlines of former houses.

Thankfully, there’s a good end to this tale and gradually people started to return and the house in which Rainy lived (Raasay House, pictured above) was handed back to the community and is now the nucleus of the island, housing Raasay’s only restaurant, an activity centre and decent budget accommodation.

5. To travel on a legendary road

One legacy of the Clearances was the bulk of the remaining residents lived in the north of the isle, past the ruins of Brochel Castle, which remained cut-off from the rest of the island.

For years, locals petitioned the Highland Council to build a road, to no avail. Eventually, one man, Calum MacLeod, grew so frustrated at the council’s reluctance to build a road that in the 1960s he took up a shovel and began digging his own.

This may seem fantastical but the two-mile Calum’s Road is the result of his decade of toil, completed almost single-handedly with little more than a pick, a shovel and a wheelbarrow. Though the council belatedly added tarmac, you can still see the scale of Calum’s endeavour in the coast-skimming rugged road that takes some guts to drive, and a degree of fitness to cycle or walk.

Sally Coffey is the author of Moon Edinburgh, Glasgow and the Isle of Skye (£10.49) available from Amazon