As Greta Thunberg completes her journey across the Atlantic to call for action on climate change, travel writer Rachel Mills explains why she’s cutting out flying for 12 months.

I'm a travel writer and I’ve pledged not to fly for a year. In December 2018, I was in India as toxic smog shrouded the capital city of Delhi. The high level of air pollution was a noxious mix of vehicle emissions, crop burning and weather conditions. And wearing a face mask so I could breathe was a wake-up call.

I realised that I couldn’t be outraged about people dying because of the air they were breathing and then jump right back on another fossil-fuel burning plane.

Back in the UK, I’ve learned that pollutants in the air aren’t always visible and greenhouse gases certainly aren’t. The more I read about climate change, the more I’m convinced that to keep our climate safe, we need to change our thinking on cheap flights.

READ MORE: The world's landmarks under threat from climate change

Why is flying so damaging?

NASA tells us that the current global warming trend is unprecedented and scientific evidence points to human activity as the main cause for rising temperatures, retreating glaciers and warmer oceans.

Carbon, in carbon dioxide, is the main culprit because this greenhouse gas works to trap heat close to the earth.

The Worldwide Fund for Nature (WWF) reports that “flying is the single most climate-polluting activity an ordinary person can do: even a single flight can dramatically increase your carbon footprint.”

Currently aviation is exempt from the Paris Climate Change agreement that aims to limit the increase of global warming to 1.5°C. This special status, coupled with the fact that airlines are exempt from paying fuel tax or VAT on aircraft operating on international routes, means cheaper flights and more people taking to the skies.

It’s not just CO2 emissions that have an impact on the environment, other aviation emissions such as nitrogen oxides, water vapour, sulphate and soot are detrimental. Those pretty contrails that plume from the engine’s exhaust? They also contribute to warming. 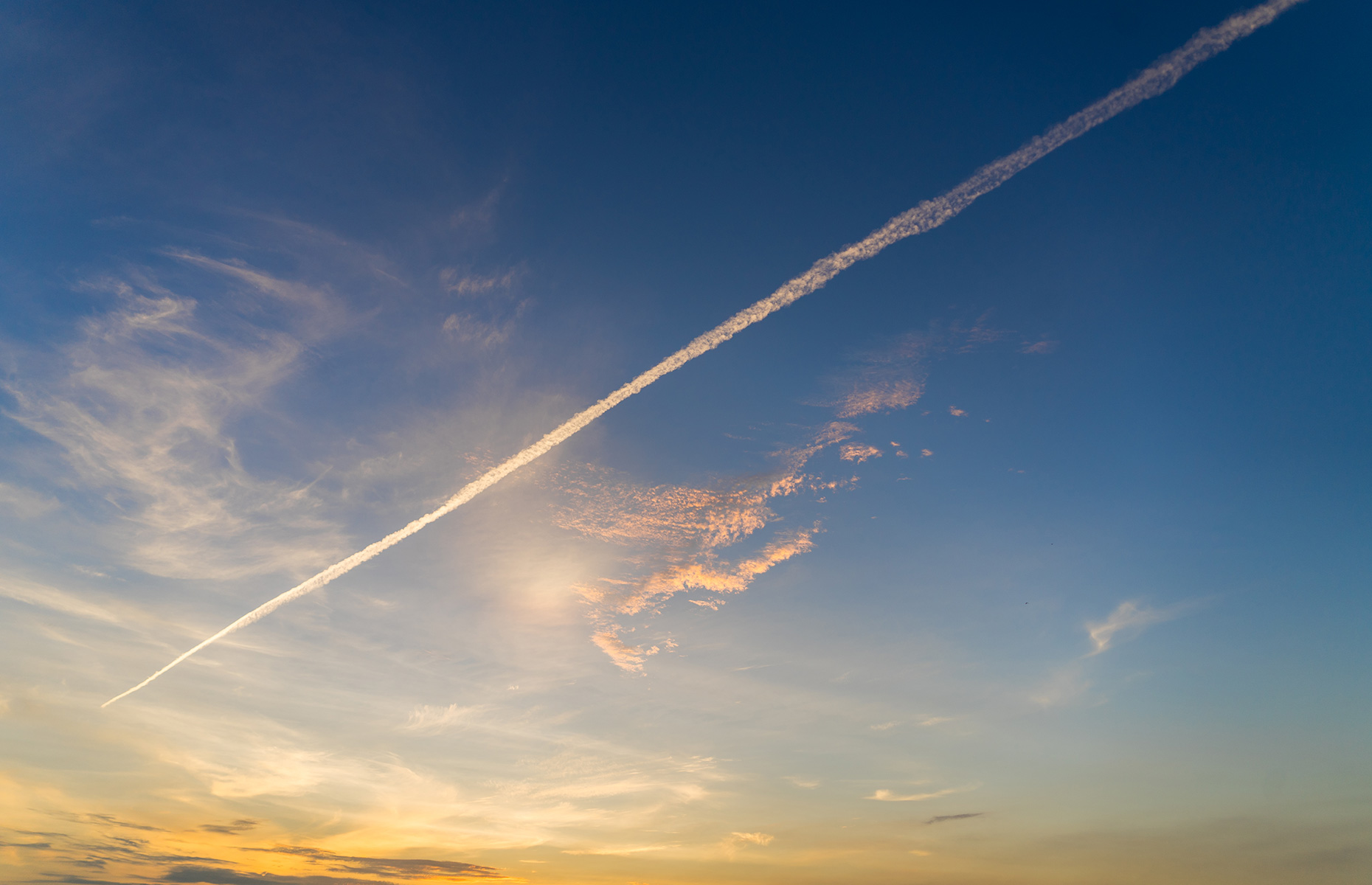 Despite this, air travel is a growth industry. Right now, fewer than 18% of the world’s population has ever been on a flight, but the International Air Travel Association (IATA) suggests that passenger numbers could double to 8.2 billion in the next 20 years.

Carbon offsetting is a thorny issue. The idea is to offer individuals and companies the chance to voluntarily "offset" the effect of their emissions by giving money to green projects that aim to reduce carbon. In reality, there is little guarantee of effectiveness. Plus it isn’t an immediate solution.

Justin Francis, CEO and co-founder of Responsible Travel agrees with a report by Friends of the Earth which labelled offsets as a "dangerous distraction". He says, “Carbon offsets distract tourists from the need to reduce their emissions. They create a ‘medieval pardon’ for us to carry on behaving in the same way (or worse).” A recent article published lays out what Responsible Travel believe are deep set problems with carbon offsetting.

Few airlines offer carbon offsetting as part of buying a ticket and a tiny fraction of flyers choose to offset their carbon emissions.

Top tip: When you can’t avoid flying choosing a Gold Standard certified offsetting project will ensure that money goes to the right place.

What is the aviation industry doing about flight emissions?

If the aviation industry was a country, it would be in the top ten of the biggest carbon dioxide producing countries – a little higher than the UK, but a long way short of the US.

I spoke to an aircraft technician at British Airways about what the industry is doing about its carbon footprint. Chris tells me that “the aviation industry is making real moves to become less carbon dependent… most airlines are investing in more fuel-efficient planes or pioneering bio fuel, and manufacturers are designing electric engines”. He makes the point that investment in green technology relies on money made from a profitable business.

A self-imposed (now mandatory) Carbon Offsetting and Reduction Scheme for International Aviation (CORSIA) has been introduced, but currently airlines are setting their own targets.

In Sweden, which saw its hottest ever July, flight shame or “flygskam” has hit airlines hard. Passenger numbers in Sweden are down 8%, as people turn to the train, or simply holiday at home. Greta Thunberg, the 16-year-old Swedish climate change activist, has a lot to do with this drop. On 28 August Greta arrived in New York to attend a UN climate summit on a zero-carbon yacht. Most world leaders will fly there. 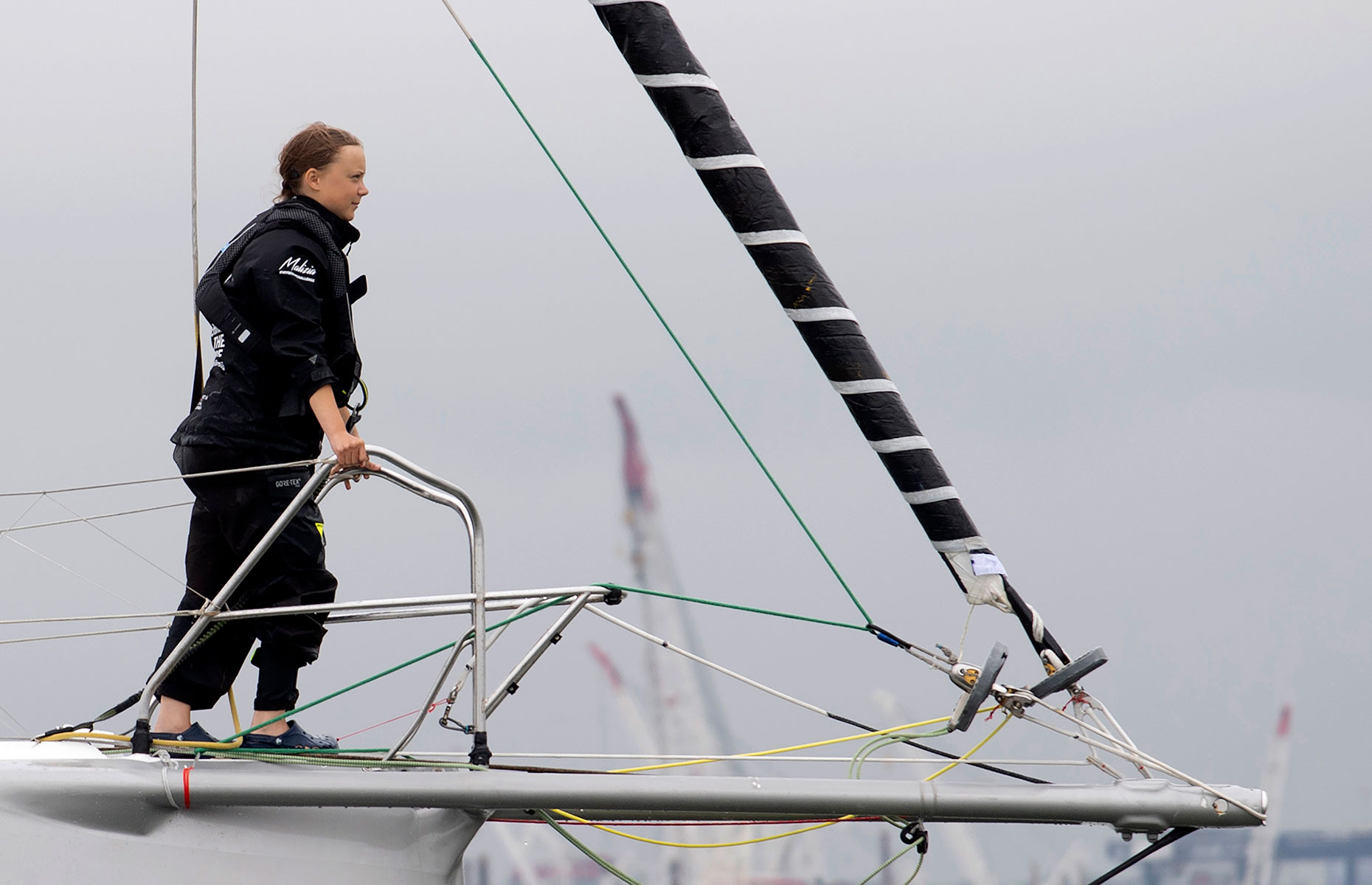 Like Greta, we should all be thinking about how we can reduce our time in the air. Videoconferencing for business meetings should be encouraged, as should holidaying in the UK. Or why not cross over to the continent by train or ferry?

There are calls for a ‘carbon tax’ to curb the growth in the aviation industry. If it happens prices will go up, but I believe that changing the culture of flights, especially cheap flights, is a good thing. Budget flights are not our right, but a clean environment is.

As for me? I’ve had to make significant changes. I’ve taken on more research and writing in Scotland and in London. I’ve worked with UNICEF. I’ve been on holiday in Devon and the Isle of Wight.

But it hasn't always been easy. I’d planned to get to Majorca by train and ferry, but the cost – not to mention two days travel each way – forced me to cancel (£49 for a return flight compared to more than £400 by public transport seems absurd).

I’m aware that my career will be damaged if I never take a plane again, but next year I’ll be giving more consideration to flying thousands of miles for a few days. As with factory farming or sweatshops, cheap flights come at a price.

Tell us what you think