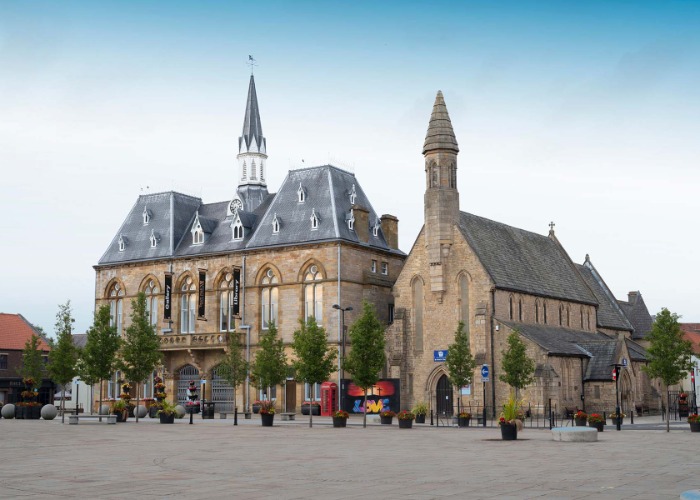 Visiting a Roman fort, stepping inside the castle that was home to one of Britain’s most powerful individuals and viewing impressive art count among the top things to do in Bishop Auckland.

Bishop Auckland, in northeast England, may seem an unlikely location for Britain’s first gallery dedicated to Spanish art and culture. But delve into the County Durham town’s associations with prince-bishops who could maintain private armies and the reason soon becomes apparent.

Efforts to regenerate the town have resulted in the renovation of Auckland Castle and its opening to the public. Local information and tickets to several of the town’s attractions are available inside Auckland Tower, the obvious starting point when visiting the town. Here's how to explore this fascinating corner of County Durham on a weekend break.

Check in at: Redworth Hall Hotel. Less than a 15-minute drive from Bishop Auckland, this stylish spa hotel occupies a manor house dating from 1693. Set in landscaped grounds, the 4-star property has 143 comfortable rooms.

Ease into the weekend with a post-journey workout or a treatment at the Retreat, Redworth Hall’s leisure club and spa. Relaxing facials and massage options feature on the spa menu while the fitness room has free weights, exercise stations and cardio equipment. Pack swimwear to take a dip in the 46-foot (14m) indoor pool or unwind in the Jacuzzi, steam room and sauna.

Have dinner and drinks: at the hotel. Sip an aperitif in the Lounge, where burgers and pizzas are available on demand. For a two- or three-course dinner, move to the hotel’s 1744 Restaurant, whose mullioned windows offer garden views. Veggie dishes such as pumpkin ravioli and lasagne made with butternut squash, asparagus and wild mushroom are served. For meat lovers, locally farmed, dry-aged beef is prepared on the grill.

Orientate at: Auckland Tower. Its 49-foot-high (15m) viewing platform looks out over Bishop Auckland and the surrounding area while signs and helpful volunteers point out places of interest in the town. But don't look down if heights aren’t your thing. The metal grating of the tower’s platforms is designed to allow snow to drop to the ground.

The contemporary tower stands taller than the Angel of the North and was designed by Niall McLaughlin, also the architect of the town’s honey-coloured Faith Museum, an attraction set to open in the autumn of 2023.

Displays in the first-floor gallery outline the power of the medieval prince-bishops of Durham. Similar to a monarch, they could mint money, raise taxes, dispense justice and maintain an army that bolstered northern England against Scottish invasions. 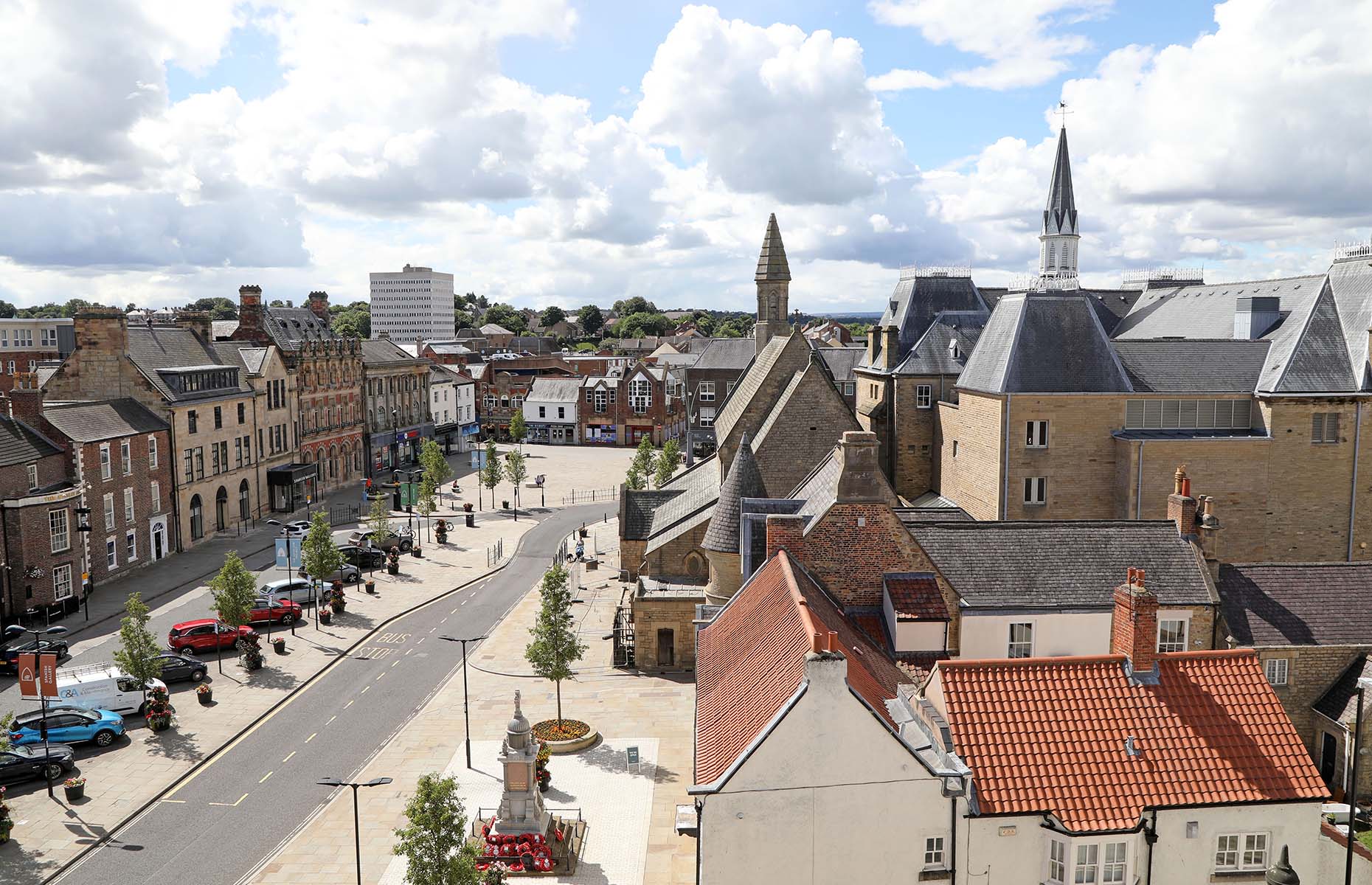 Explore the region’s industrial heritage at: Mining Art Gallery, whose paintings convey what it was like to work underground. Coal mining once provided tens of thousands of jobs in towns and villages across northeastern England. The collection includes depictions of life in mining communities by celebrated artists Norman Cornish and Tom McGuinness. Temporary exhibitions are also displayed on the upper level.

Pause for lunch at: Knead a Slice. This welcoming Neapolitan-style pizza restaurant and brunch venue is just a couple of minutes' walk from Bishop Auckland’s grand town hall. Slump into one of the comfy leather armchairs and order a bacon or sausage sarnie or a hand-pulled pizza. The non-alcoholic mojitos and piña coladas are expertly mixed and a refreshing mocktail is ideal for rehydrating ahead of further sightseeing.

Head to the castle: Auckland Castle was fortified by Bishop Antony Bek in the late 13th century and restyled as Neo-Gothic during the Georgian era by architect James Wyatt. An animated video introduces the story of the once-powerful prince-bishops who resided here. Multimedia exhibits in the apartments of the 20th-century bishops explore their engagement with the social and political issues of their day.

St Peter’s Chapel, on the ground floor, is one of Europe’s largest private places of worship. Pause to view figures carved in wood on the ornate altarpiece and the heraldic symbols on the ceiling. 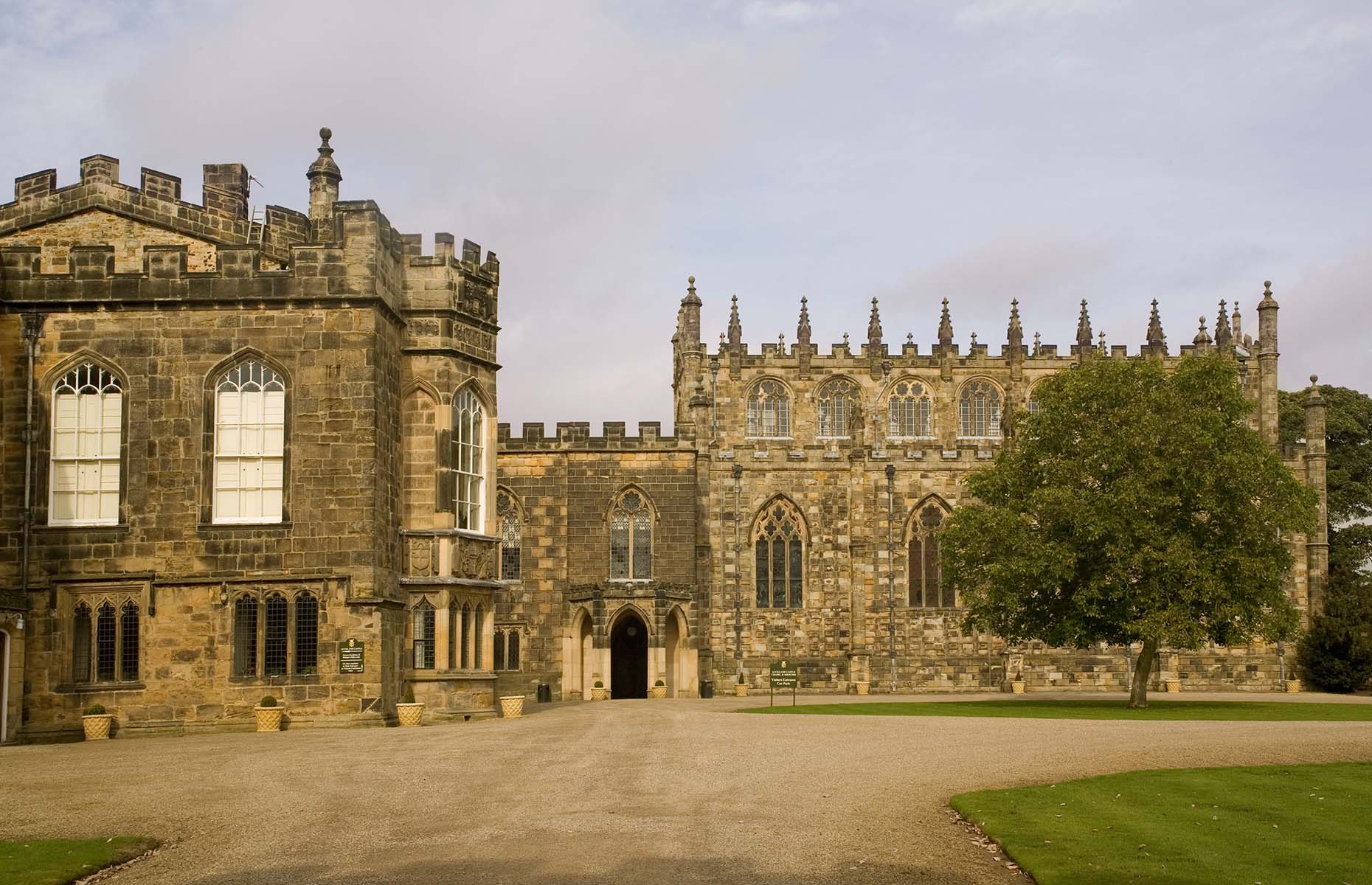 Artworks are displayed in the Bishop Trevor Gallery but it’s Jacob and his Twelve Sons, a series of 13 paintings by Spanish master Francisco de Zurbarán, that draws many art aficionados. All but one of the originals hang in the sumptuous Long Dining Room, where visitors are invited to take a seat at the table where bishops hosted influential guests. Back in 1756 Bishop Trevor was outbid for the painting of youngest son Benjamin, so he commissioned a copy that is shown alongside the others.

Dine at: The Stanley Jefferson, a pub named after the comic actor better known as Stan Laurel. Displays explain that Jefferson attended school in Bishop Auckland before going on to become half of the Laurel and Hardy duo. Order fish and chips and a pint before visiting the Stan Laurel statue on Princes Street, on the site of Eden Theatre that his parents managed.

Take in a show at: 11Arches Park. The park has an outdoor tribune with 8,000 seats and hosts Kynren, a 90-minute spectacle that begins at dusk. Hundreds of local volunteers participate in the show, whose storyline features key episodes from Britain’s history. It ends with a light show and fireworks.

Take a walk in: the Deer Park. Footpaths meander through wooded parkland established eight centuries ago as a private hunting ground for the bishops. The Neo-Gothic Deer House, once a shelter for the herd and a place for the bishop to entertain guests, is the park’s principal landmark.

On the way back, step inside the Walled Garden. It was constructed more than 350 years ago as the first garden of its type in the region, producing fruit and vegetables used in the castle kitchen. That purpose has since been revived with freshly harvested ingredients trasnformed into dishes served in the Bishop’s Kitchen and nearby El Castillo tapas bar.

View art in: the Spanish Gallery that celebrates Bishop Auckland’s link with Francisco de Zurbarán and art produced during Spain’s Golden Age – works by the likes of El Greco, Bartolomé Esteban Murillo and Diego Velázquez feature. The upper level features faithful reproductions of a Moorish room from Seville and a tomb from Toledo.

Eat Sunday lunch at: The Bishop’s Lodge, a pub in Toronto, a village on the edge of Bishop Auckland named after the city in Ontario, Canada. Roasts served with Yorkshire puddings, gravy and traditional trimmings feature on the Sunday menu.

See Roman baths at: Binchester Roman Fort on the edge of town. Known to the Romans as Vinovia, the excavated stronghold holds the remains of two bathhouses – one features a rare example of a largely intact hypocaust heating system.

A section of Dere Street, the Roman road than runs north from Eboracum (York), is also visible at the site.

Days out near Bishop Auckland

The Weardale Railway is an 18-mile (29km) heritage line connecting Bishop Auckland with settlements in Weardale, part of the North Pennines Area of Outstanding Natural Beauty. Passenger trains operate on a six-mile (14.5km) section of the track between Stanhope and Wolsingham, and work is underway to extend that to Bishop Auckland.

READ MORE: 9 of the UK's most spectacular Areas of Outstanding Natural Beauty

For more information about things to see and do in County Durham, visit the This is Durham website.