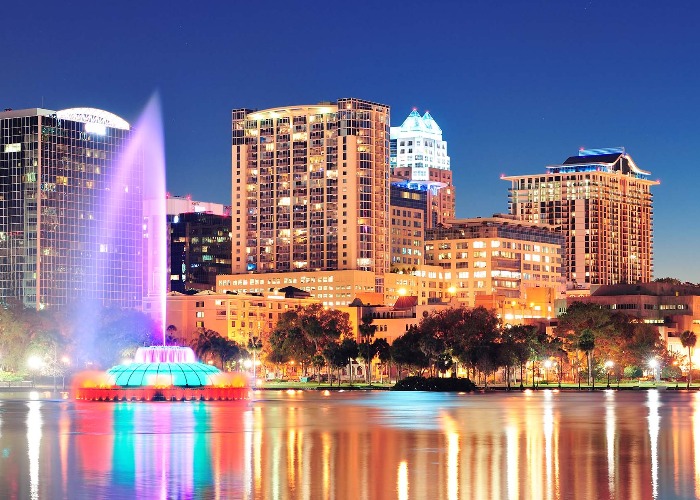 Orlando is the ultimate family destination, but that doesn’t mean it should be shunned by couples or groups of friends. Here’s how to have adults-only fun in the City Beautiful.

Sure, Orlando is probably the world’s most obvious family destination, with theme parks galore, perfect weather pretty much guaranteed and a wealth of attractions to see and things to do so kids are never bored. But that’s not to say that there isn’t a more grown-up side to Orlando offering classy boutique hotels, sophisticated dining and cultural enrichment.

Leave Minnie and Mickey behind and discover how to enjoy a more grown-up version of Orlando.

1. Stay at a boutique hotel

The rooms range from standard queen doubles to signature suites and all have oversized showers, low-key dark-wood furnishings and many feature balconies too.

Guests will enjoy the hotel’s stunning conservatory, find the rooftop pool perfect for restorative swims and enjoy a couple of quiet hours reading in the peaceful garden. The hotel also houses the Alfond Collection of Contemporary Art, an ever-growing collection of artwork on display for guests to enjoy with free weekly tours. All hotel profits benefit Alfond Scholars at local Rollins College. 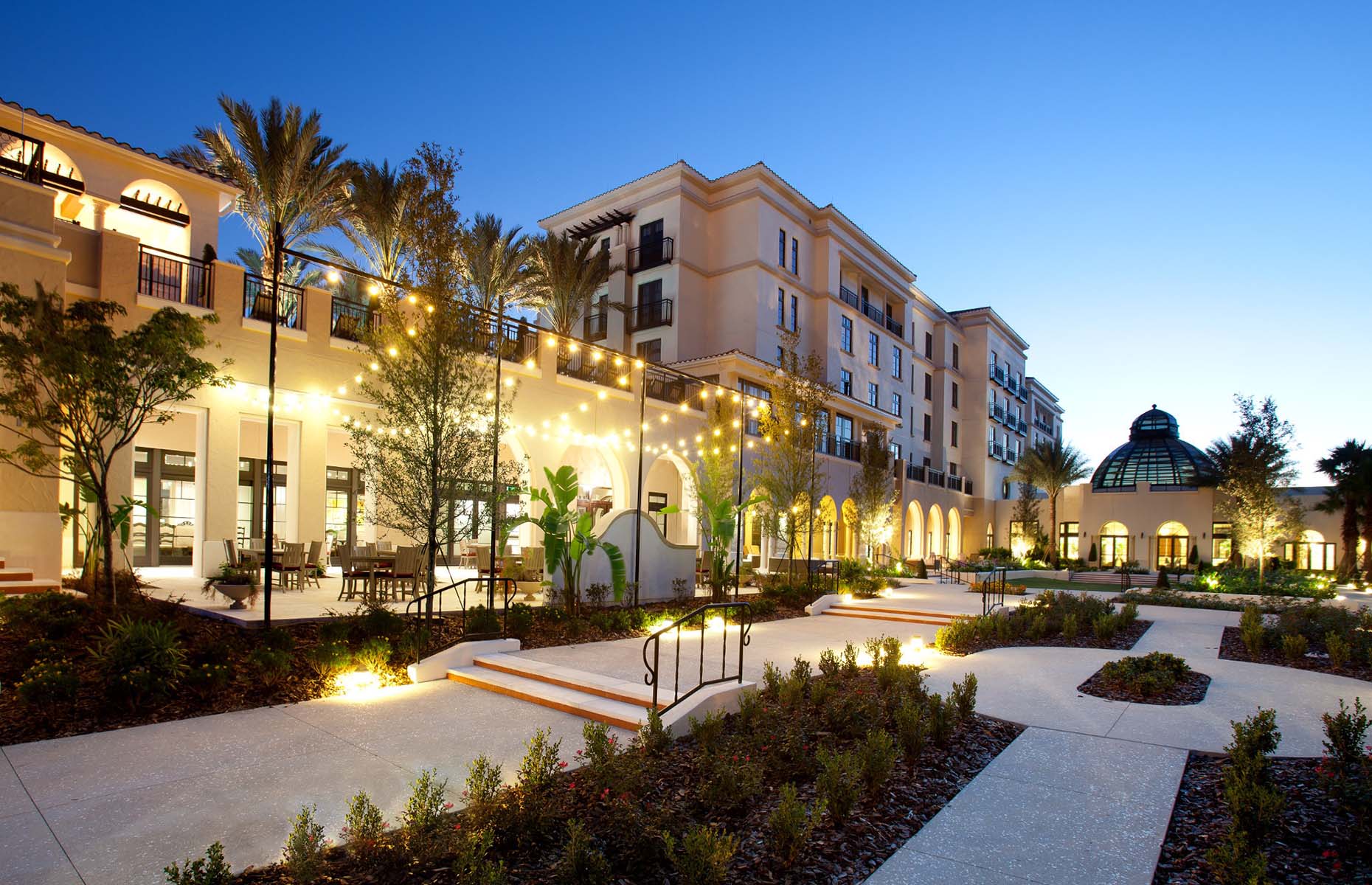 Courtesy of The Alfond Inn

READ MORE: 5 reasons to stay at a private cottage in Orlando

2. Catch a show at the Dr. Phillips Center for the Performing Arts

A shining jewel in Orlando’s downtown, this performing arts centre is stunning both inside and out. Opened in 2014, the two-block destination includes the Walt Disney Theater and the jaw-dropping Steinmetz Hall, which is regarded as one of the world’s most acoustically perfect places – many shows here are even performed without amplifiers. 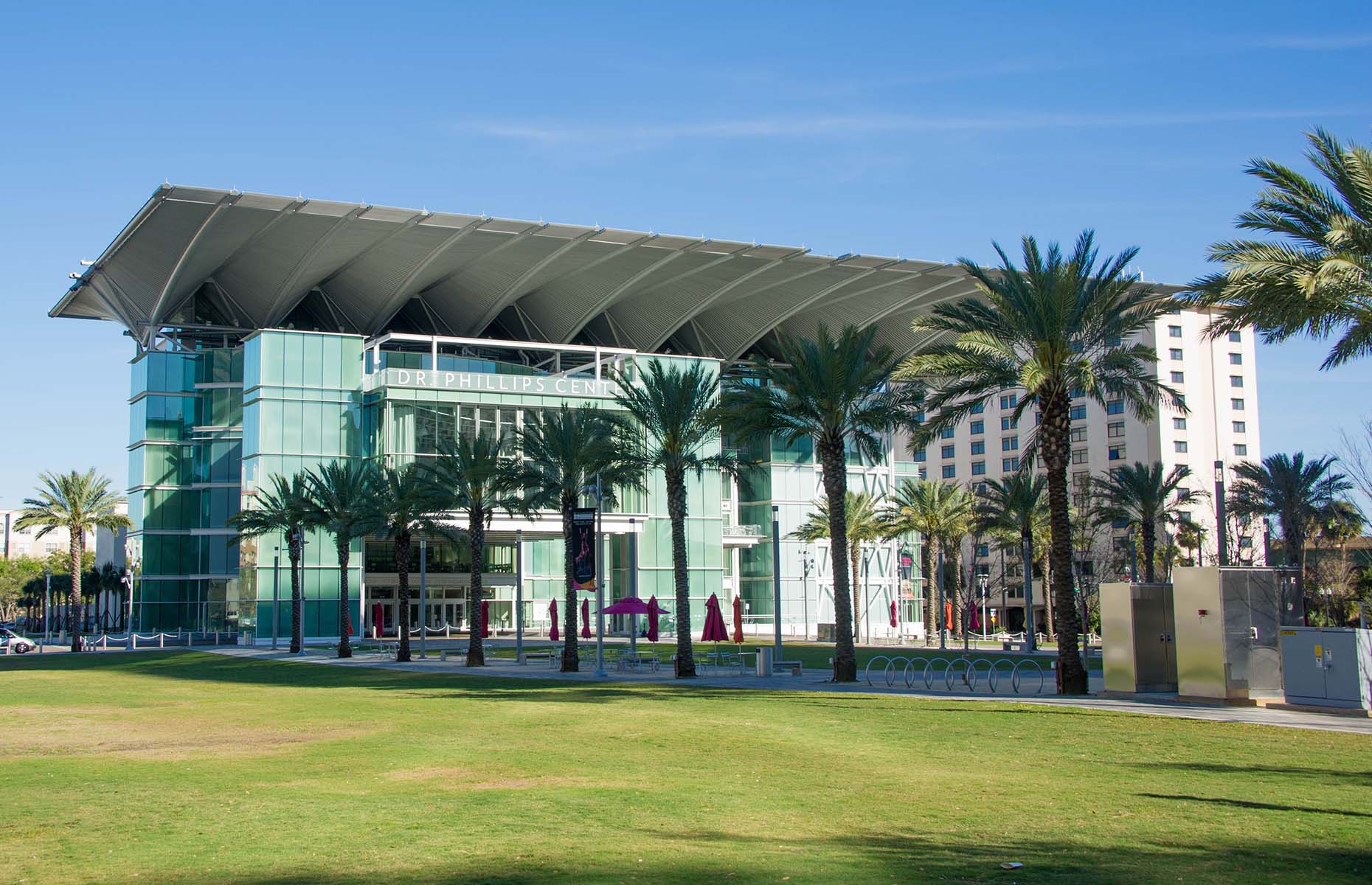 Orlando's museums might not be the city’s biggest selling point, but scratch beneath the surface and there’s modern art, local history and Black and Indigenous heritage to discover here.

Start by giving your visit context at the Orange County Regional History Center and Wells’Built Museum of African American History and Culture. Both museums tell the story of the Orlando area from different perspectives – the former showcases a vast collection of artefacts relating to 12,000 years of history in Central Florida, while the latter focuses on the Wells'Built Hotel, which was the first inclusive hotel in Florida when it opened in 1926 during the Segregation Era (the hotel also featured in 2018 Oscar-winning film Green Book). 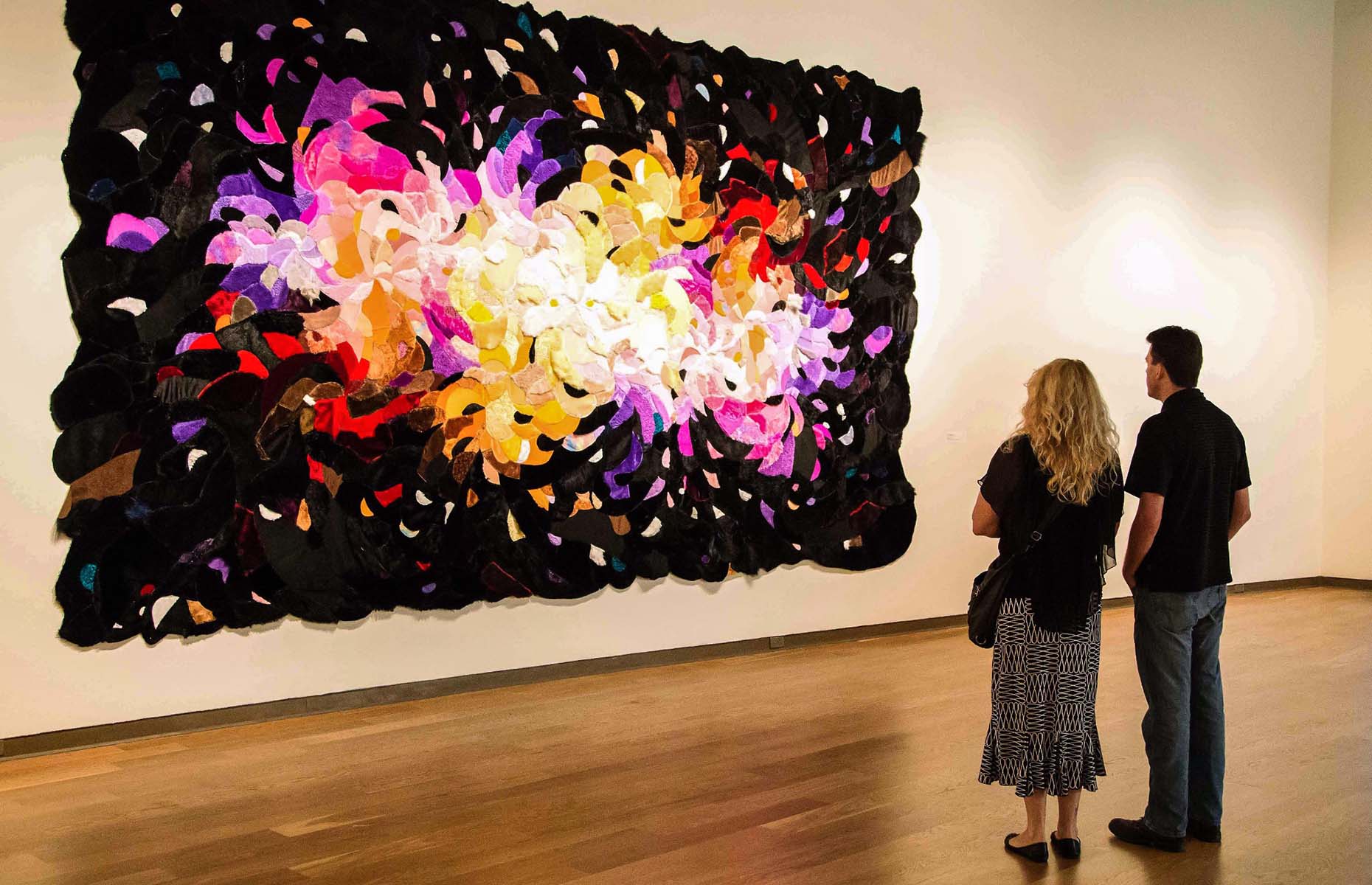 Courtesy of Orlando Museum of Art

Perhaps the most surprising of all is the Albin Polasek Museum & Sculpture Gardens. The internationally acclaimed Czech sculptor emigrated to the US at the turn of the 20th century. This remarkable building was the artist’s home from 1950 until his passing in 1965 and is a peaceful oasis in Winter Park with a stunning sculpture garden, beautiful interiors and nearly 200 works of art. 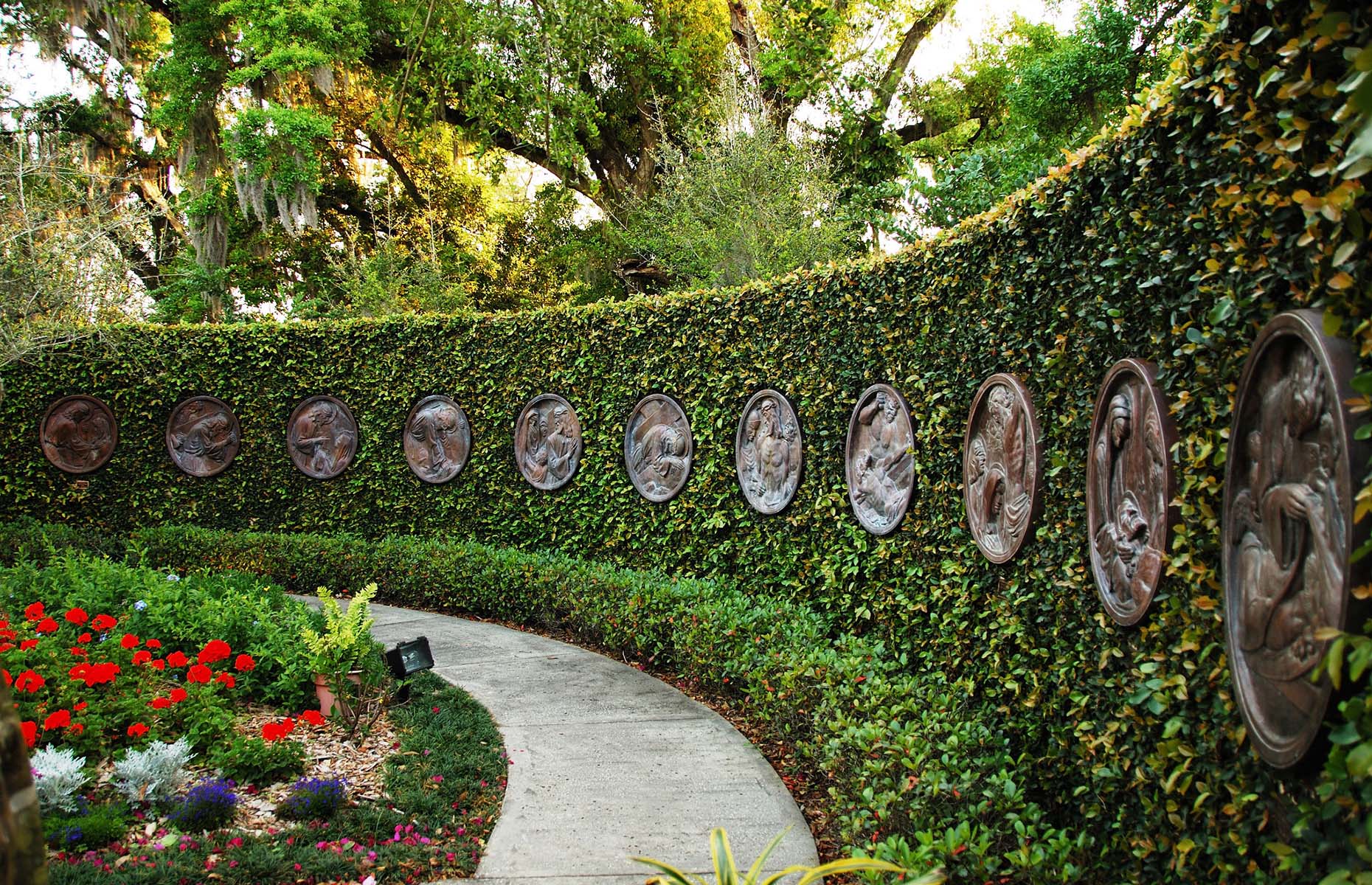 READ MORE: How to do Orlando on a budget

Despite preconceptions, Orlando’s theme parks offer many an adult-only or adult-friendly experience so if you’re curious to see what all the fuss is about, you can still dip your toes into the world of theme parks.

EPCOT is easily the most adult-friendly of Walt Disney World parks. Its World Pavilion features 11 distinct areas, representing parts of the world with buildings, restaurants and entertainment to match each one. It’s definitely a lot less Cinderella and a lot more about education and sophistication.

Highlight include a visit to the never-ending Oktoberfest at the Biergarten Restaurant and sitting at the foot of a replica of the Eiffel Tower with an Ice Cream Martini in hand. 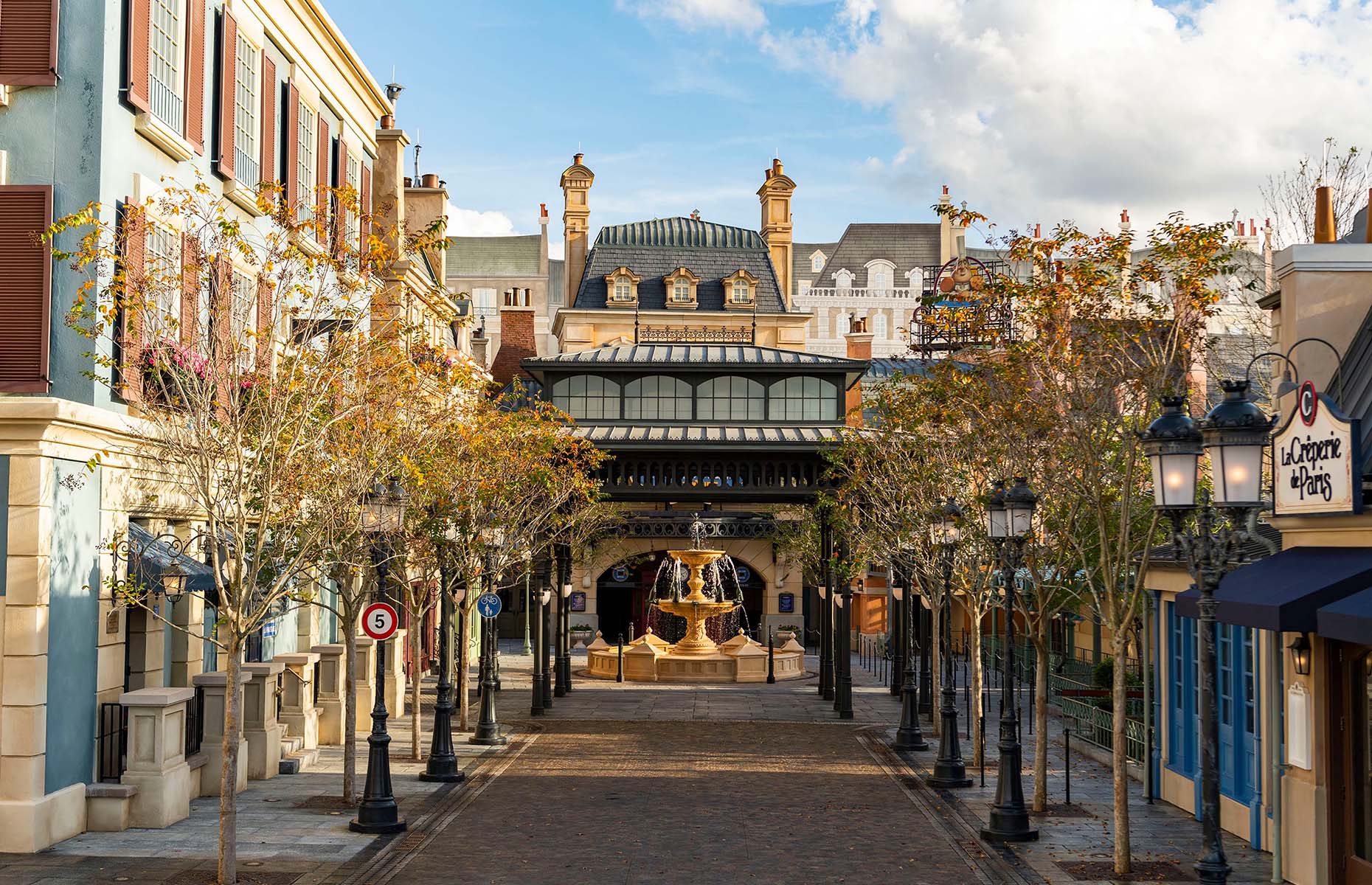 Film buffs shouldn’t miss Disney’s Hollywood Studios either, where you’ll be whisked to a galaxy far, far away at Star Wars: Galaxy’s Edge or can enjoy old Hollywood glamour at The Hollywood Brown Derby Lounge.

If it’s hair-raising rides you’d like to try, then Universal’s Islands of Adventure is the place to be. Start with a stomach-churning ride on The Incredible Hulk Coaster that travels through seven inversions and a 110-foot (33m) cobra roll all while racing at speeds of nearly 70 miles per hour (113km/h). Once back on terra firma, take a stroll through Marvel Super Hero Island before making your way to the Jurassic World VelociCoaster. It's the newest ride from Universal and is not for the faint hearted. You’ll slice through air at 70 miles per hour (113km/h) all while enduring two high-speed launches, four inversions and its signature 155-foot-tall (47m) top hat. 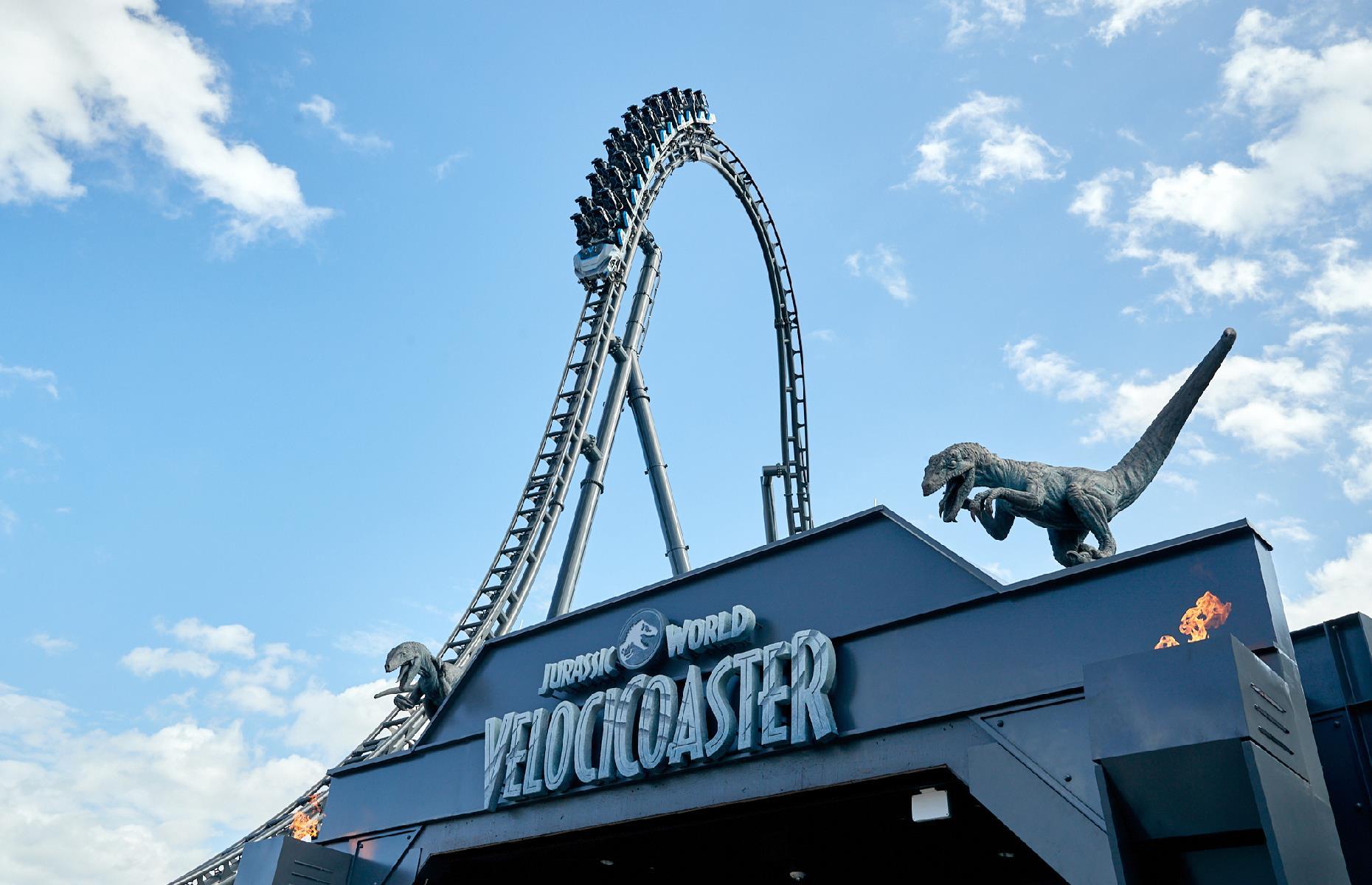 This year a slew of restaurants across Florida have been included in the Michelin Guide for the first time ever, many receiving the coveted stars. Orlando is proudly flying the flag with four one-star restaurants perfect for date nights or special occasions.

Head to chef John Tesar’s Knife & Spoon steakhouse in the Ritz-Carlton Orlando, Grande Lakes for dishes that have been lovingly prepared with incredible skill and attention to every detail. The steakhouse plays on the idea of surf ‘n’ turf, with lightly cooked seafood such as scallops, caviar potato pavé and whole oven-cooked fish all on the menu.

Fans of Japanese cuisine will enjoy omakase restaurants Soseki and Kadence, both of which have one Michelin star. The first is a tiny operation run by chef Mike Collantes, who shines a spotlight on unmistakably Floridian produce, cooked according to Japanese tradition, while the latter is a five-senses journey into Japanese dining.

It’s not only food that’s great in Orlando. If you’re partial to a tipple, Orlando is full of hidden surprises often left uncovered by those travelling with kids.

Be sure to make Hanson’s Shoe Repair your first stop. Despite its name – the building is one of Orlando’s oldest and was once a shoe repair shop – it’s actually a cool speakeasy that you’ll need a password for (published on Twitter daily). Once in, there's a real secretive speakeasy feel that’s bound to whisk you back to the days of Prohibition. Expect cocktails aplenty.

The craft beer scene is also huge in Orlando and can be explored whether on a guided tour, or by yourself. Explore the half-mile section of Virginia Drive from Mills Avenue to Lake Ivanhoe, which has become known as 'Barley Row' due to its many bars and breweries offering thirsty travellers everything from milky stouts to fruity IPAs.

Going alcohol free? The BANDBOX is Central Florida’s first 1920s-themed alcohol-free speakeasy with a cocktail tasting lounge and vintage shop. More than just a bar, it aims to deliver a fully immersive and engaging interactive experience that’ll leave you headache-free the next morning.

For more information about things to do in Orlando, please head to Visit Orlando.