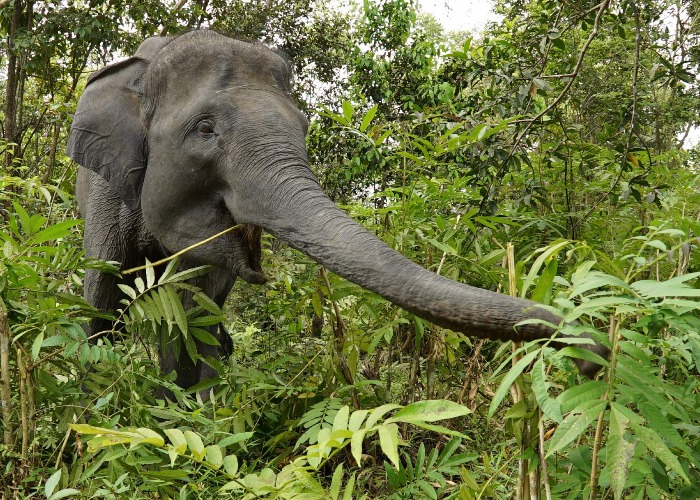 Sumatran elephants are one of most endangered species on our planet and non-profit organisations like the International Elephant Project are working hard to help the conservation of these beautiful animals. We spoke to founder Leif Cocks to find out how the project is helping to protect the species.

Ten years ago, the Sumatran elephant’s status was changed from ‘endangered’ to ‘critically endangered’ as half of its population died in one generation. This enormous loss of life happened largely due to either habitat decline caused by deforestation or multiple human-elephant conflicts.

Unfortunately, the status remains the same even today, but organisations such as the International Elephant Project (IEP), founded by Leif Cocks, are actively trying to combat this extremely concerning issue.

We caught up with Leif to chat about the not-for-profit organisation's work that focuses on elephant conservation, rainforest protection and local community partnerships, all of which actively help protect the ecosystem and biodiversity in Sumatra. 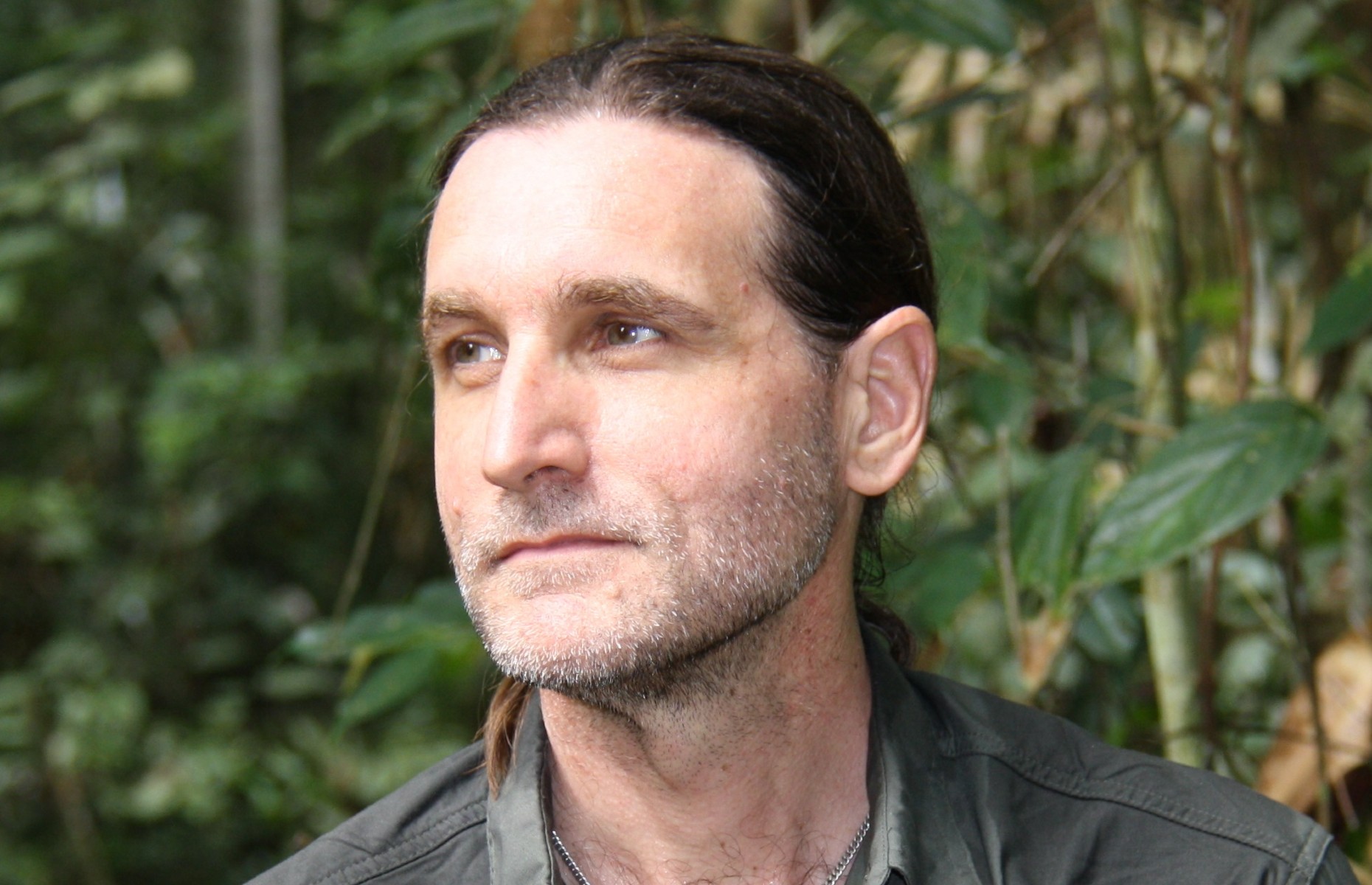 Discovering the issues at hand

Everything began with The Orangutan Project (TOP), where Leif and others helped to keep the primates’ ecosystem viable. This not only benefited the orangutans but also many other species in the environment. However, Leif soon realised that two animals did not fall under the orangutan’s ecosystem umbrella – tigers and elephants.

Ultimately, this awareness motivated him to start the International Tiger Project (ITP) and IEP to bring both of these species under the umbrella of conservation work. “We focused on elephants specifically, because the vast majority of their habitat has been taken up by Indigenous communities and large multinationals”, explains Leif.

As a former zookeeper, he had the opportunity to experience these fascinating animals up close and observe how their self-awareness and intelligence made their life in captivity difficult and impacted them negatively. He insists that the species can only be saved if they're taken care of and protected in the wild.

Indeed, zoos can help small species avoid extinction, but it becomes harder and even impossible to do the same with larger animals such as tigers, elephants or bears. Leif explains that “there is a need to move from captive breeding focus to saving populations in the wild”. 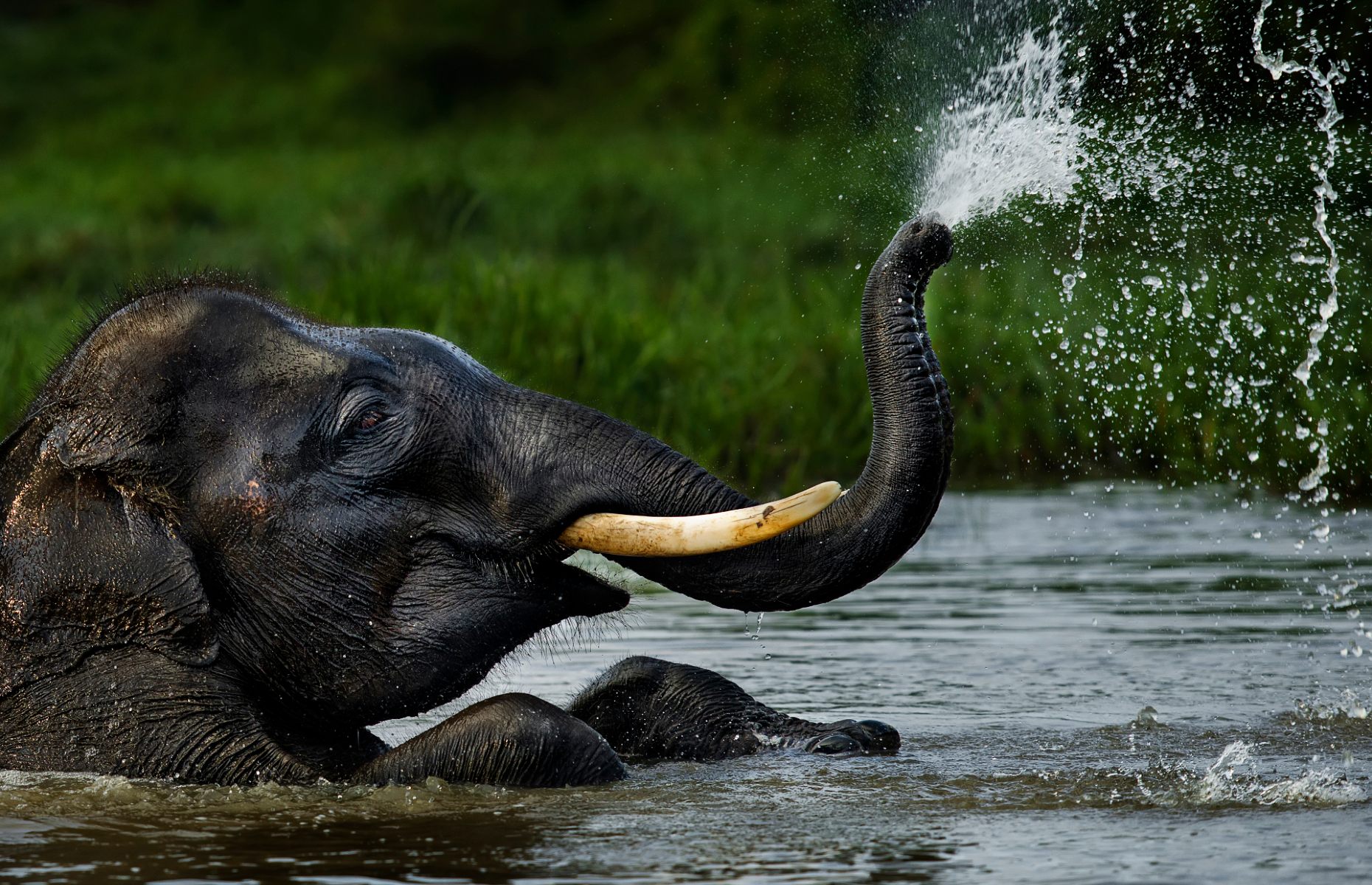 READ MORE: Koalas and other animals on the verge of extinction

The fact that elephants are highly intelligent and self-aware, makes their suffering caused by rainforest destruction and poaching even greater. In this case, elephants are not so different from us. Just like humans realise the apparent continuity between past, present and future, so do elephants.

“The vast majority of our suffering is created from projection of our minds from the past into the future,” Leif says, “so even when at the moment you could be in a nice, warm place comfortably, with no threats, you could still be suffering quite badly through the projection of your mind from the past to the future. And elephants, as an example, also suffer from this.” IEP keep in mind this important aspect while working with the magnificent animals as their welfare is seriously impacted by it.

At the same time, these unique qualities of elephants are also used by organisations such as IEP to help people connect with the cause and understand the suffering the elephants endure.

“One of the key aspects of connecting people is understanding the suffering, beauty, magnificence and urgency of, in this case, elephant conservation,” explains Leif, who often mentions the intelligence and self-awareness of elephants in his talks and writings. 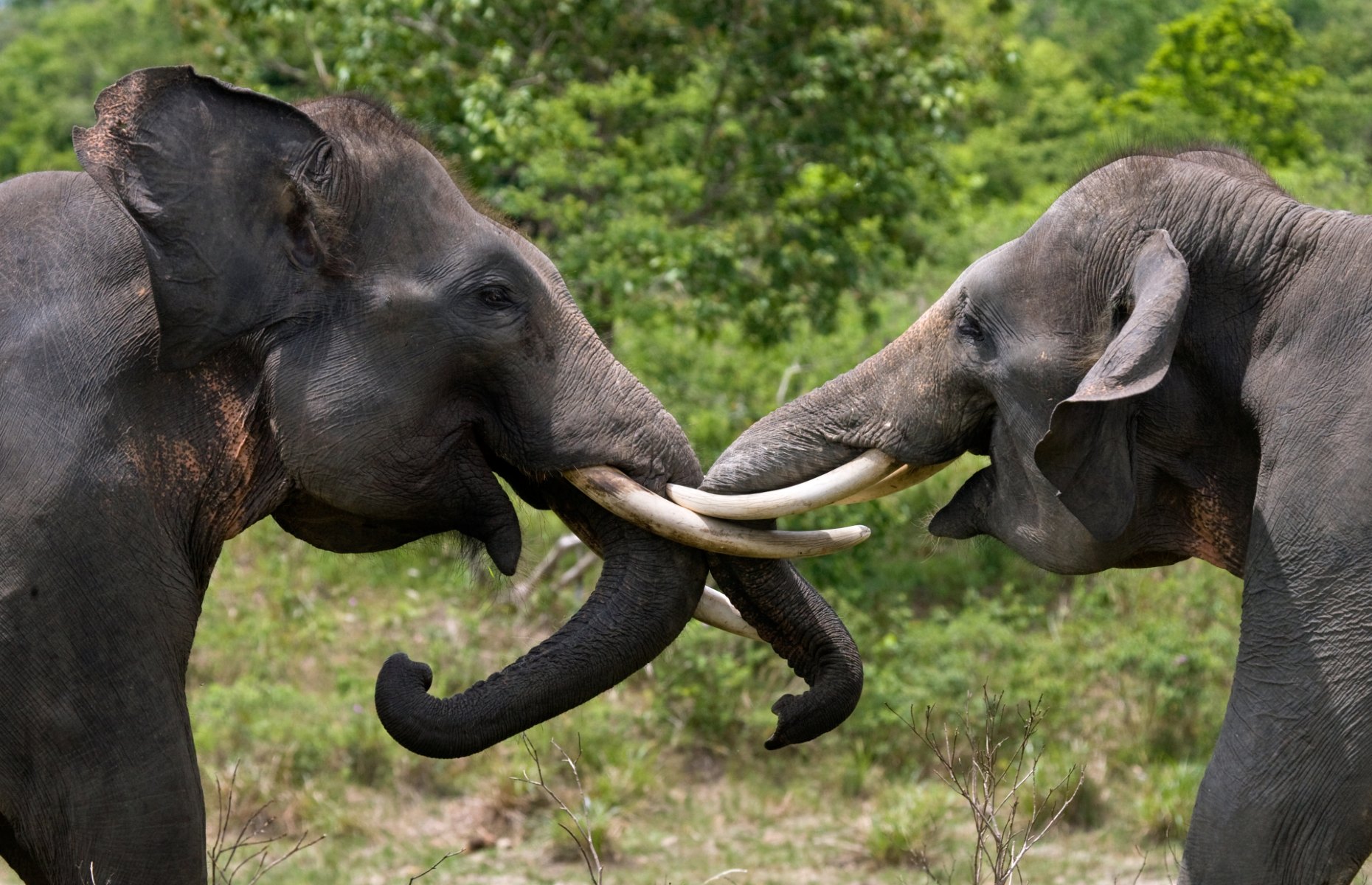 READ MORE: The world’s deadliest animals to watch out for

Interacting with local communities plays an important role in IEP’s efforts as the complex elephant-human conflict in the area is an ongoing issue too.

Although Sumatran elephants have smaller tusks, poachers are still tempted to kill the animals for their highly valuable ivory. And because only male Asian elephants have tusks, the poaching is directly contributing to the low breeding rates for the species.

“In these areas we’re just coming to help protect them, there’s often no male elephants. So we will help reintroduce male elephants into these populations,” Leif explains further.

IEP protects the Sumatran elephants by monitoring them by satellite and having wildlife protection units follow them. Alongside this, the organisation is also developing acoustic monitoring as elephants have the ability to communicate with each other over a great distance using subsonic frequencies (below the human hearing range). 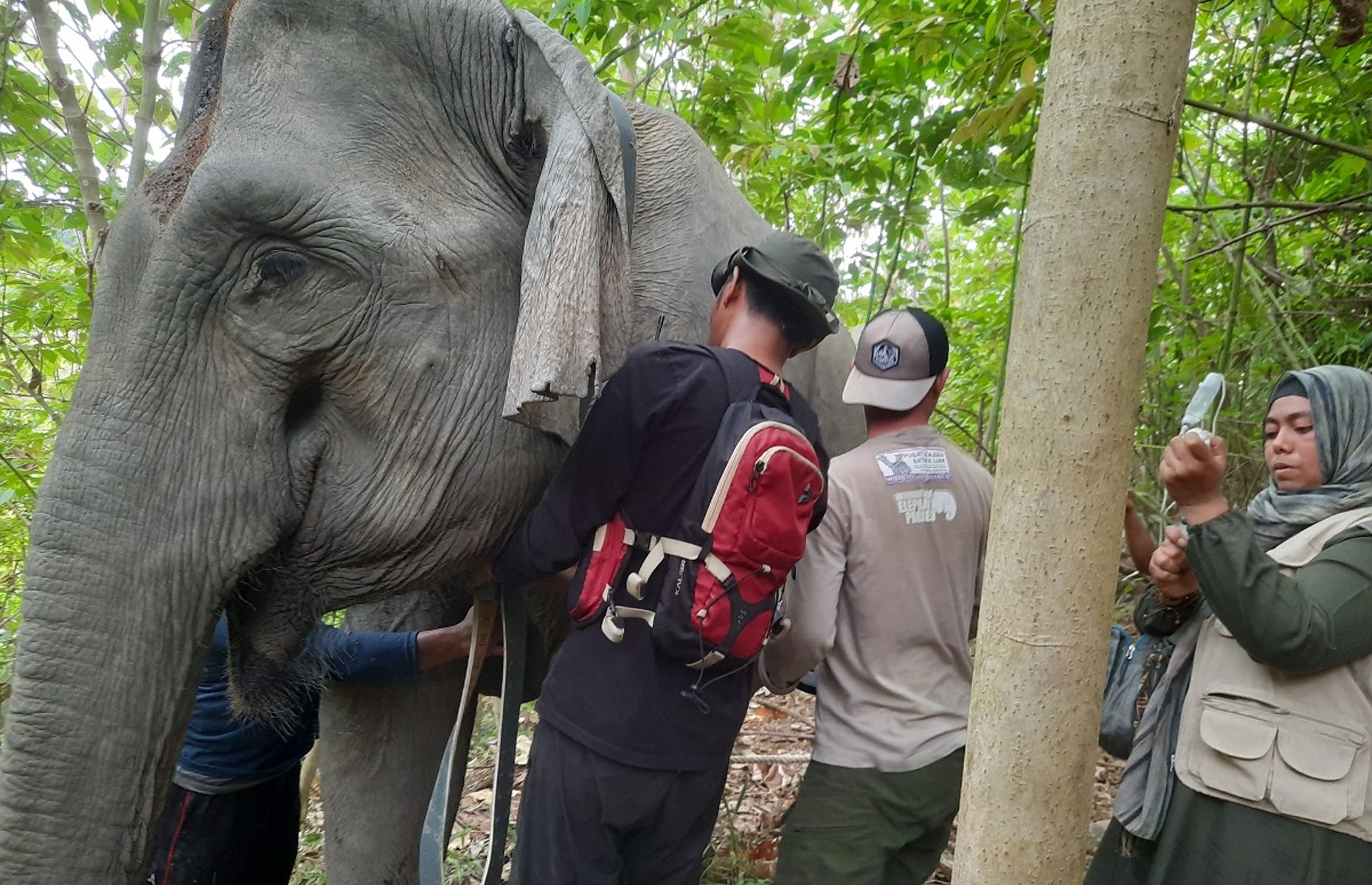 “We also rely on a network of informants – villagers and people from the community that we're working with and supporting, who tell us when they see an elephant, but also warn us about potential criminal syndicates,” Leif says.

With multinational companies having taken over massive parts of the land, locals and elephants are left to share the remaining forest. Tragically, this has led to people and elephants killing each other for more land.

Locals need the space to plant crops to feed their families while elephants find their nutrients in these forests. “We do a lot of work with local communities to help elephants and people coexist in the remaining forests, where both are safe and both are prospering,” notes Leif.

READ MORE: The adorable animals working behind the scenes on your holiday

How nature and animals interlink

What many don’t realise is that IEP is focused on protecting the rainforest in particular to help the conservation of elephants. For one, the temperature and weather conditions in a rainforest are ideal to produce and provide essential nutrients for the elephants.

“Elephants can't survive in the hills because of the amount of energy they expend moving to those hills. So they can only survive in the lowlands,” explains Leif. 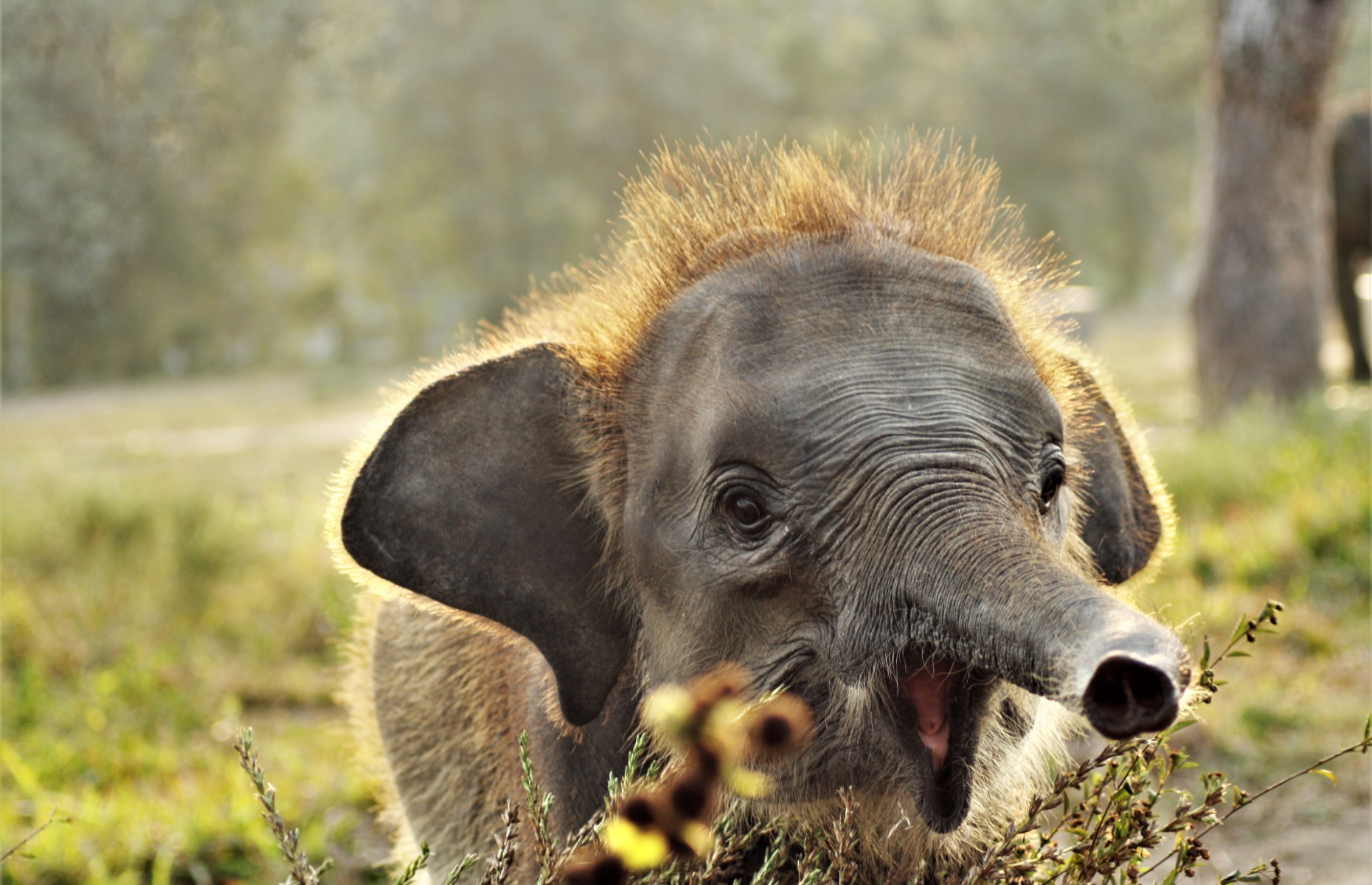 But what exactly would happen to the ecosystem if elephants were to go extinct? Although it’s hard to outline the exact consequences, we can still guess and assume by observing the species’ current importance to the ecosystem. As elephants stomp through the forest, they make clearings in it, which then bring light it and help all kinds of flora grow.

These growing plants then provide food for animals such as deers and pigs, which in turn are the prey of tigers. When looking at the bigger picture, a direct link between the number of elephants and the number of tigers in the same ecosystem becomes obvious.

Leif notes that rainforest ecosystems are incredibly complex. “We can hardly imagine the problems of removing species such as elephants from an ecosystem,” he says.

How to get involved

There are generally two ways to help out organisations such as IEP. First up, IEP is always looking for volunteers for their projects where you can help directly on site. But for people who have less time, the organisation always welcomes donations, which then financially support various projects.

Another important way for people to help the protection of animals is to be educated on the topic as well as take ethical responsibility regarding it. And finally responsible ecotourism is  also a good way of ensuring your exciting travels aren’t damaging the planet and its wildlife.

“I call it two wings of the bird. You have to have the heart to care, but you also have to have the intellect and knowledge to affect that meaningful change in a way that's going to maximise benefit,” Leif says.

The International Elephant Project (IEP) is a not-for-profit project for elephant conservation, rainforest protection and local community partnerships, in order to protect an save the entire ecosystem and biodiversity of habitats shared by elephants. Run by The Orangutan Project (TOP) Board, IEP was formed to conserve elephant’s entire ecosystem in a holistic manner. The organisation provides technical and financial assistance directly to on-the-ground conservation projects. The objectives of the IEP have many flow-on effects that both protect other Critically Endangered species, such as the orangutan, tiger and rhino, as well as Indigenous communities and the remaining rainforest in Borneo and Sumatra.

READ MORE: How an all-woman team is beating poachers