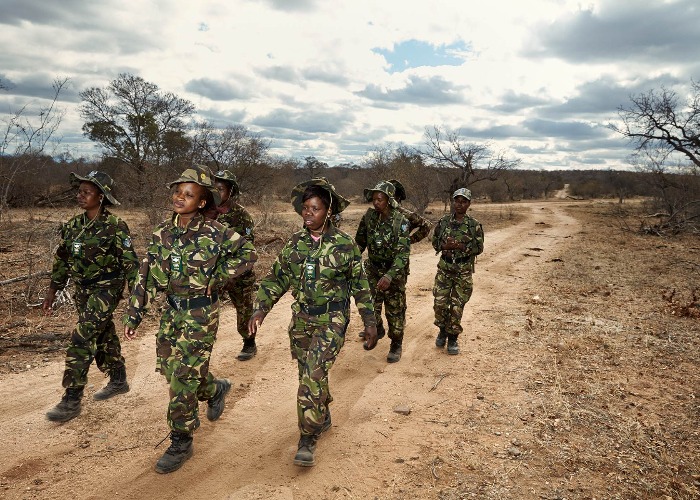 In South Africa’s Greater Kruger National Park, a group of female rangers are stopping poachers in their tracks. To mark the first ever World Female Ranger Day – created to recognise these trailblazing women – we spoke to anti-poaching ranger Collet Ngobeni about preserving the region’s beautiful wildlife and acting as a role model to the community.

In Africa, 96 elephants are killed every day by poachers. Yet in the fight to stop them, it’s not men with guns that are coming out on top – it’s female-led anti-poaching groups like The Black Mambas. Protecting the 62,000-hectare Balule Nature Reserve, part of the Greater Kruger Area, these women carry out daily patrols, stop and search vehicles entering the park and destroy snares set by poachers. 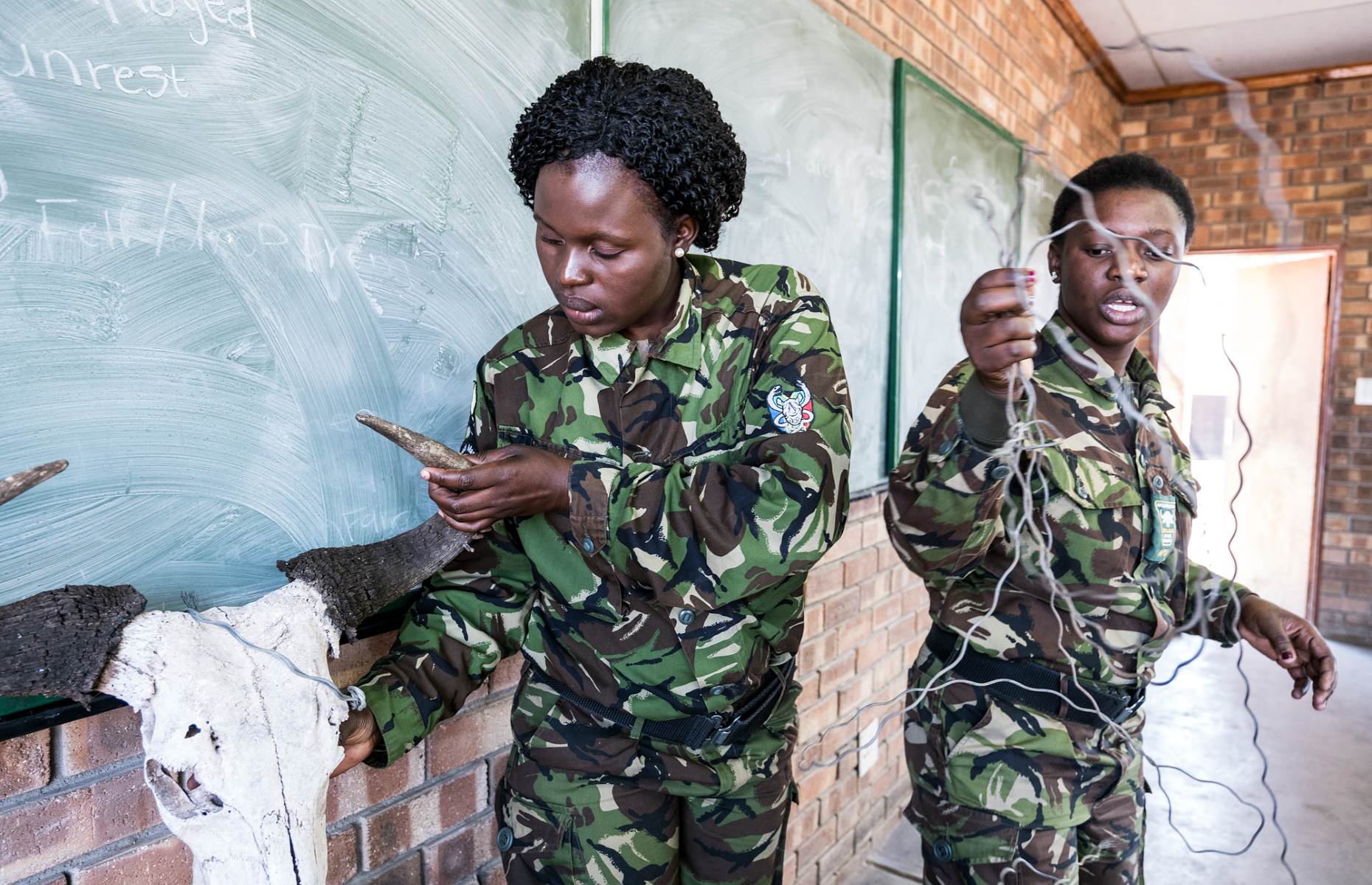 The rich array of wildlife scattered across Balule Nature Reserve means it’s not only favoured by safari-goers hoping to see animals up close, but poachers looking to kill them. Ordinary anti-poaching units are heavily armed and often kill poachers, but The Black Mambas have taken a softer approach, with a focus on patrolling on the ground. And it’s working: since being founded in 2013, poaching rates in the reserve have decreased by 89%.

“We are the eyes and ears of the reserve”, says Collet Ngobeni, a member of The Black Mambas. She started working for the unit in 2013, and today she’s part of an all-female team of 23 rangers and seven environmental monitors. I caught up with her to find out how The Black Mambas combat poaching in this wildlife hotspot.

READ MORE: From coral reefs to rainforests, places bouncing back from the brink

“I wanted to protect the voiceless”

Working in hot, dusty conditions and putting in eight-hour shifts every day, life is far from easy for The Black Mambas. To become a ranger, Collet had to go through a rigorous training process that involved learning how to use special equipment, how to arrest poachers and first aid, as well as extensive fitness training. “It was very hard,'' Collet tells me. 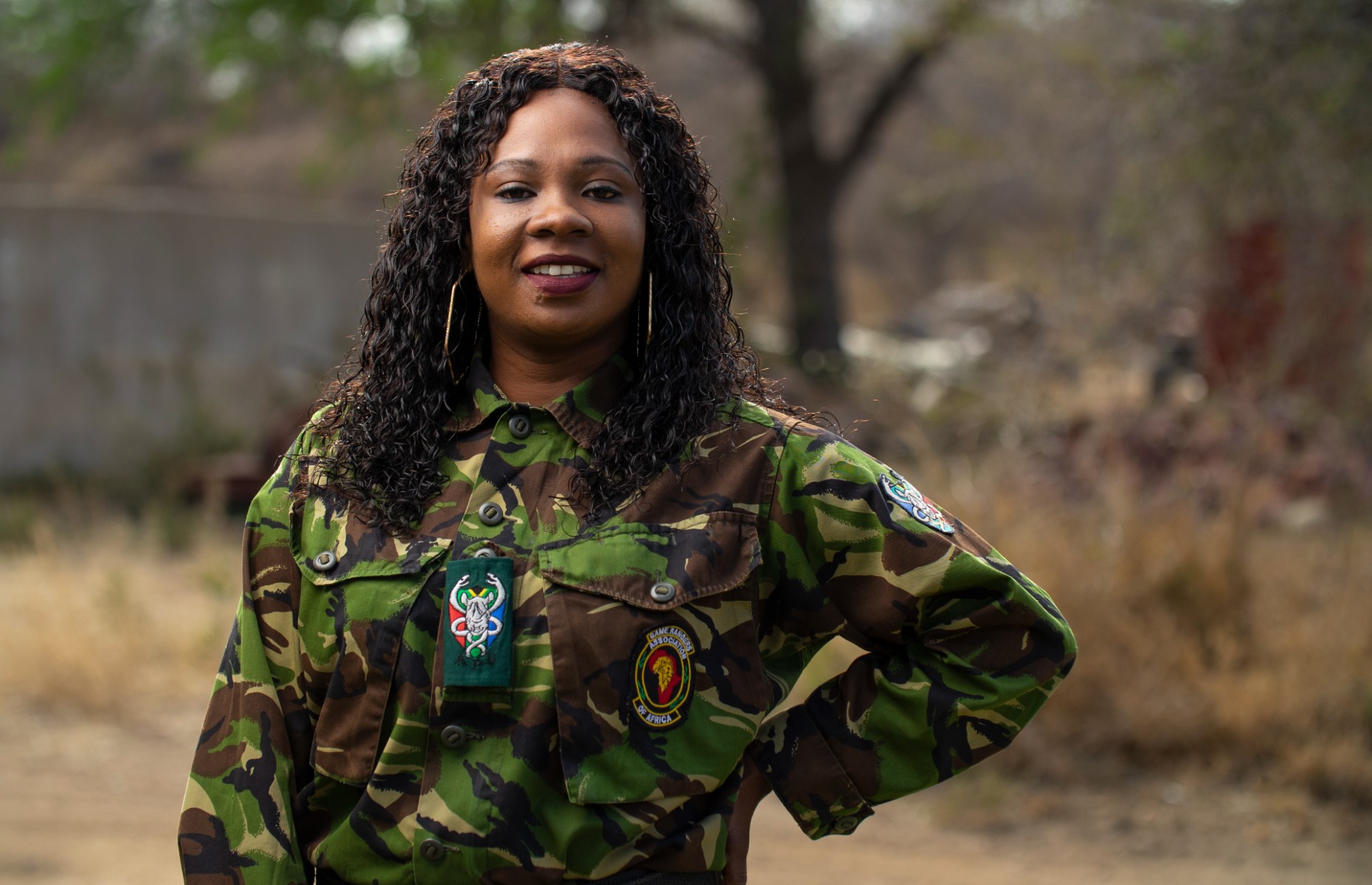 It’s not just rhinos that are poached in the Balule Nature Reserve. Lions are targeted for their bones, which are used for medicines; pangolins are killed for their meat and their scales, which are also used in medicine; elephants are hunted for their ivory. 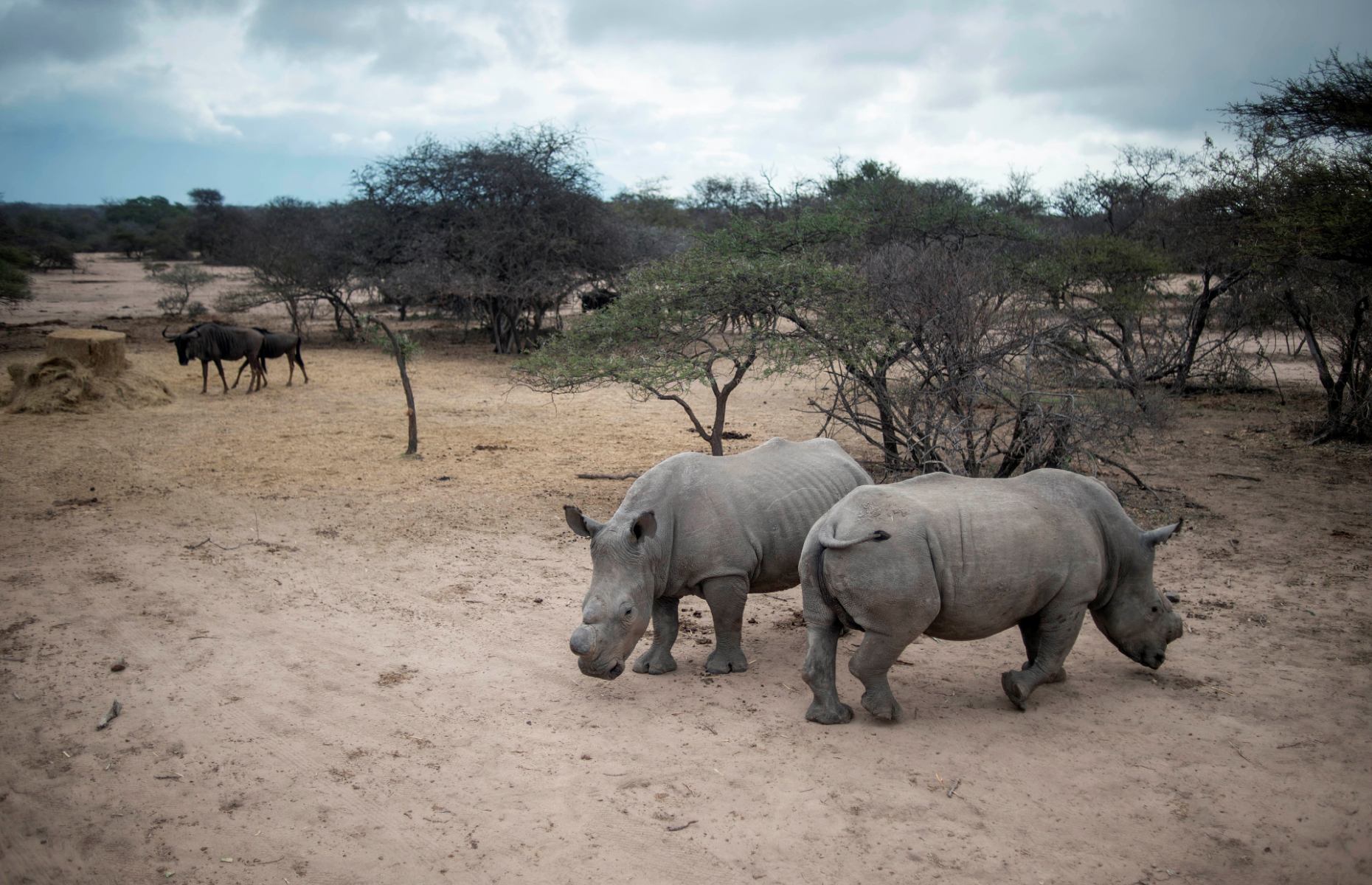 Elephants play an important role as ecosystem engineers – meaning they physically change the shape of the landscape by knocking down trees, pulling up grass and digging up the earth. This might sound destructive, but it’s actually known to help create and maintain habitats for other animals.

READ MORE: The Dead Sea and other natural wonders facing a perilous future

“Conservation belongs to everyone”

The Black Mambas’ work goes well beyond the front lines of conservation. They also run a school programme, known as the Bush Babies, which teaches young people the importance of protecting the environment. 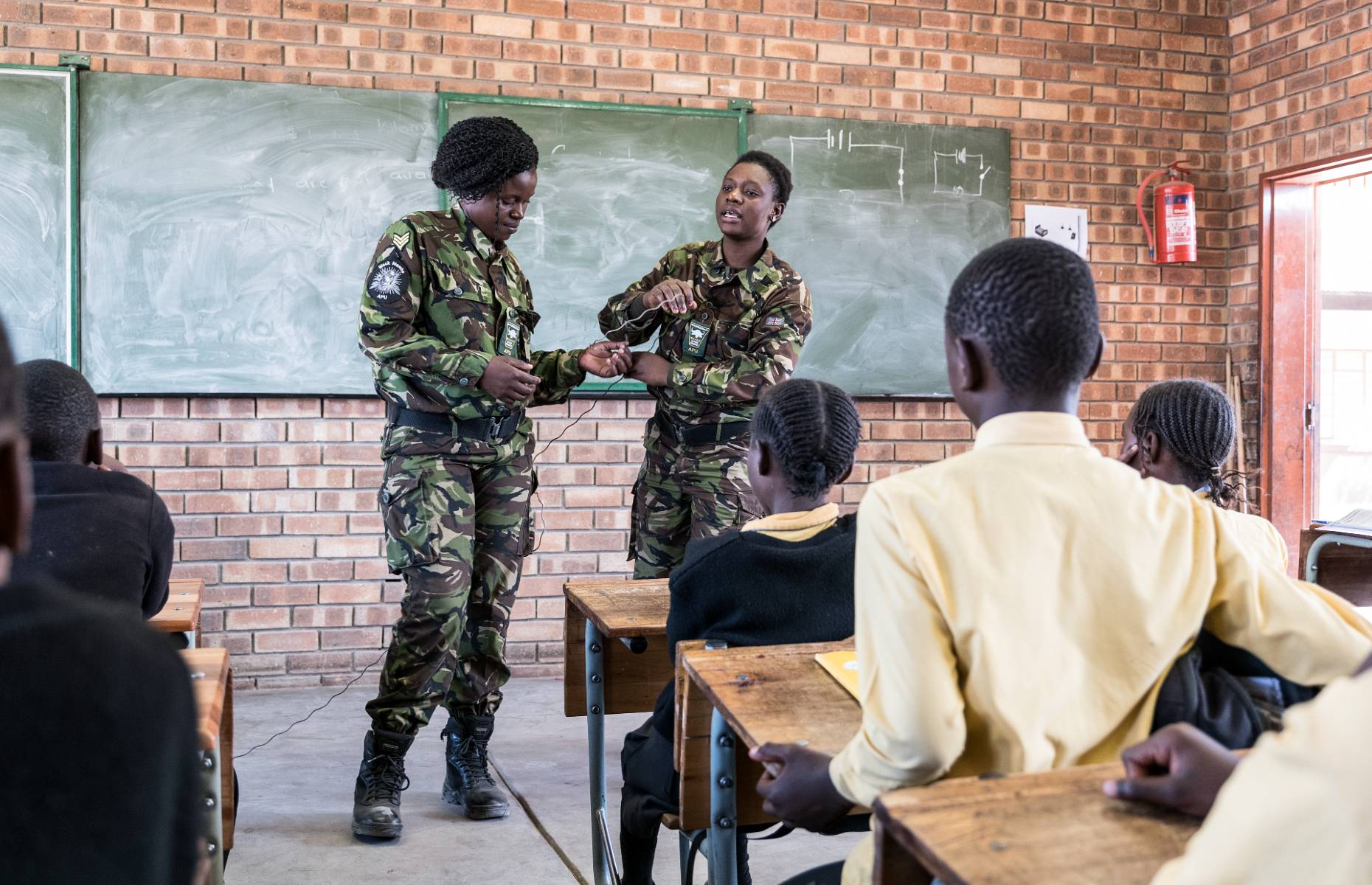 Working with schools in the Greater Kruger National Park, the scheme aims to make conservation a part of the day-to-day curriculum, running courses and summer camps to educate children. The programme also helps recruit the next generation of rangers, which is how Collet got her job back in 2013.

“The young ones, every time they see us, they ask us about when the Mambas are hiring again. They say: “When you go back, take my CV!” They are very proud of us. They're very supportive.”

Even though The Black Mambas are an all-female team, just 11% of wildlife rangers worldwide are women. That’s why conservation charity How Many Elephants has created the first ever World Female Ranger Day to recognise their achievements.

Taking place on 23 June 2021, the international day aims to raise awareness about female anti-poaching rangers across the world, in locations as diverse as Zimbabwe, Sri Lanka, China, India, Scotland – and of course, South Africa.

According to Holly Budge, founder of How Many Elephants, the impetus behind it “was just creating a platform to bring female rangers from around the world together and share their stories and share best practice”.

“But what we're also finding is that even though these women are on different sides of the world, a lot of them are facing very similar challenges. So we're hoping that World Female Ranger day will not only raise awareness of the work that they're doing, but also raise very valuable funds for them.” 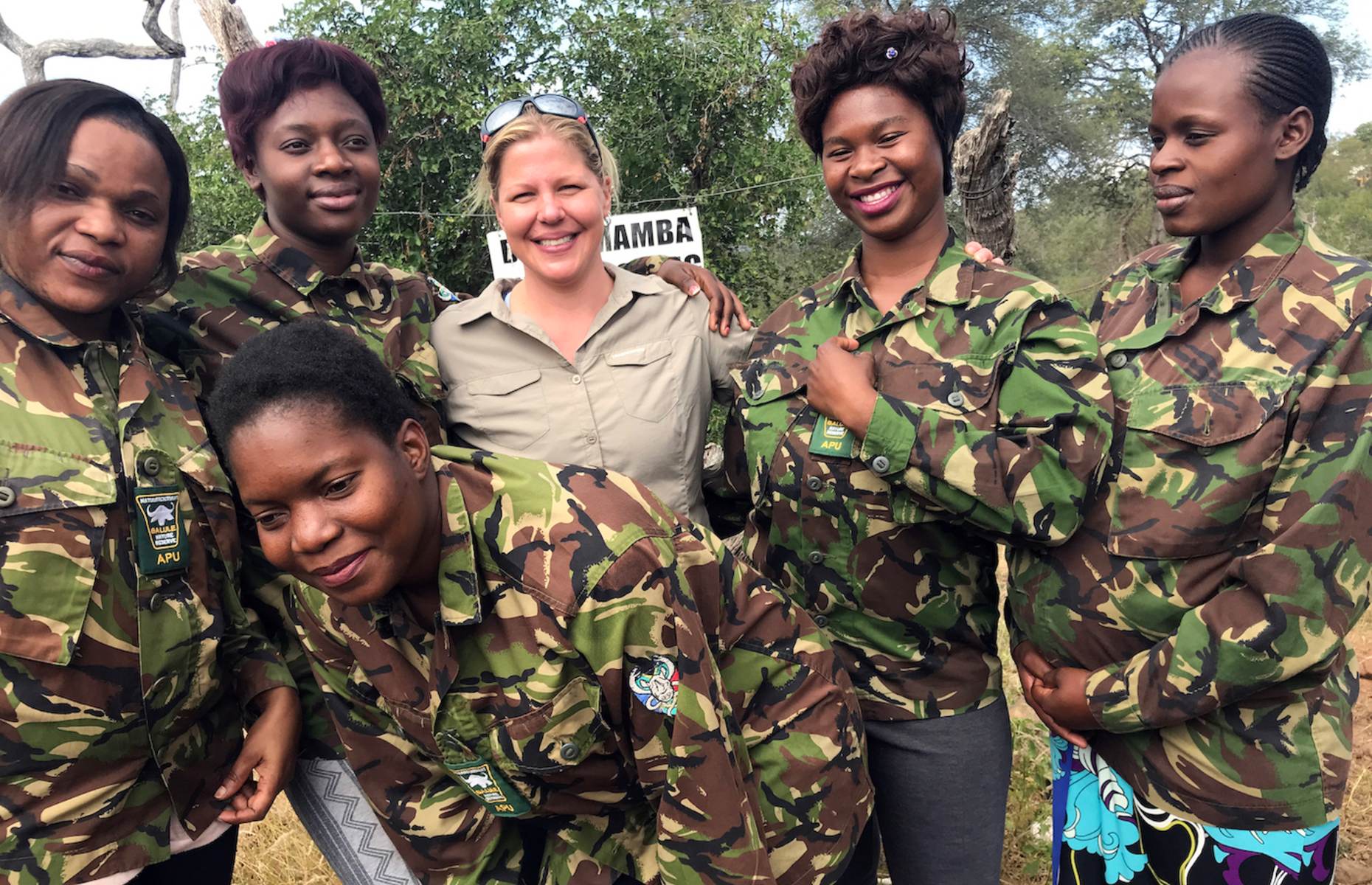 Collet is excited by the prospect of the day. “It's a big privilege to be recognised like that. Not long ago, only men were recognised. I even love the sound of it: World. Female. Ranger. Day.”, she repeats slowly, savouring the words.

In the communities in and around the Balule Nature Reserve, The Black Mambas are helping to change the perception of roles available to women. “The most rewarding thing about my job is that now, a lot of people’s mindsets have changed”, says Collet.

“Seeing more people understanding about conservation and nature gives me the courage to empower more women in the world, and [to tell them] they can do anything they want.”

To find out more about The Black Mambas, check out their website here, or donate towards their work here.

You can learn more about How Many Elephants here.