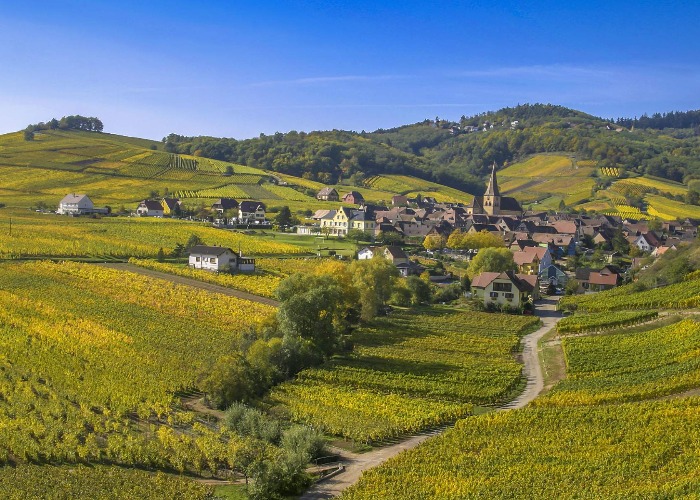 What's the best way to soak up all that France has to offer? By taking the slow road. Writer and avid road-tripper Martin Dorey shares his secrets for exploring this beautiful country by campervan or motorhome.

Embracing the appeal of slow travel, Martin Dorey takes us on a journey to find France's lesser-known gems by road, journeying from coastal routes to winding hilltop passes, through lavender fields and vineyards, while being sure to make a pit-stop at swimming spots and little villages. Get your seat belts on – you're in for a ride.

The north coast of Brittany has some spectacular scenery. It’s like Cornwall, but, well, better, with more. Weather-worn pink granite makes for great photos while out-of-the-way beaches offer solitude, Saint-Malo dishes out the style inside its walls while Le Mont-Saint-Michel reaches the pinnacle of sublime beauty. Driving this coast offers endless possibilities for getting sidetracked, hanging out in chic resorts, hiking, cycling and surfing. 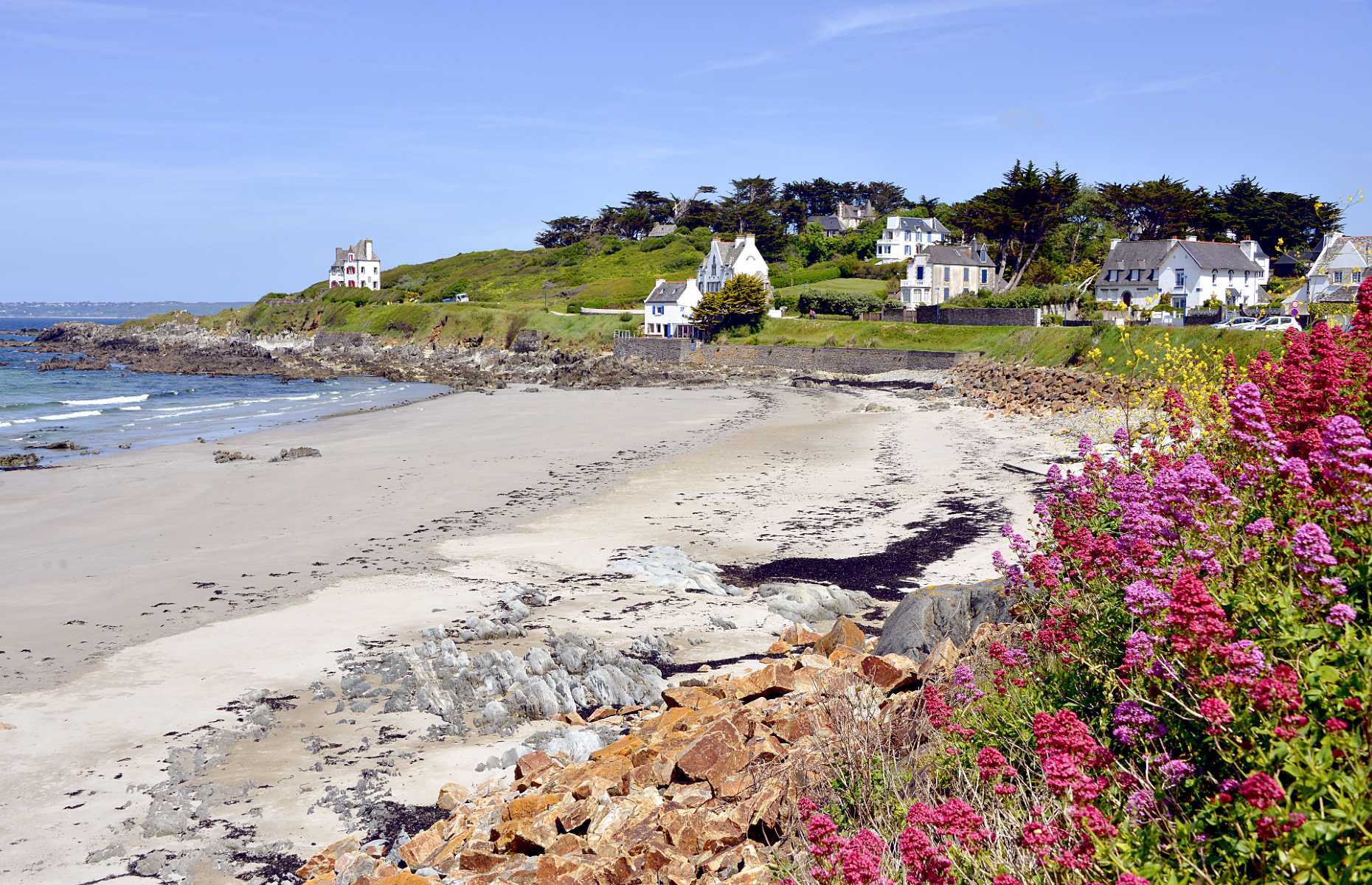 We disembark at Roscoff early on an October morning. It doesn’t take long as we are one of a handful of travellers on this route. Covid restrictions are in place at home, which means we must isolate for two weeks when we get back. That’s OK with us. We are glad to escape after a busy summer in Cornwall. We head east, towards Morlaix. It’s a lovely day and the sun threatens us with its presence as we trundle along the D786. We come off at Lanmeur and head to Locquirec, the place we designated as the start to this route. We’ve been there before and remember a fabulous campsite, Camping du Fond de la Baie, which is situated right on the beach. A brilliant start.

READ MORE: 7 adventures you need to have before you grow up

Following a waymarked route through the wine-growing region of Alsace will introduce you to walled cities, half-timbered houses and cobbled streets, as well as give you a chance to stroll into a winemaker’s cave for a taste of some of the finest wines available anywhere. You can walk among the vines of the wines you drink, taste the difference between the sunniest slopes and savour the slightly giddy-headed feeling that comes from tasting wine on an empty stomach. Designate a driver before you go.

We are about to set off from Strasbourg, heading south towards the Jura and the Alps. But something on the back of a map given to us by the concierge at the Huttopia campsite points us towards the foothills of the Vosges mountains and offers us a tantalising itch we just have to tickle.

It’s a terrible map that’s been crudely designed but it draws us towards Molsheim, where it looks like we can pick up the Alsace Wine Route. Sounds good to me. It’s not a tough decision to change our itinerary and find our way to the Alps via a different route. We point the van west and cruise towards the town, wondering what we’ll find. No road numbers are marked on the map we picked up so it’s difficult to tell which roads we’ll need to follow.

READ MORE: Secret France: amazing places you may not know about

Grasse to Nyons: The lavender route

We begin this adventure – to find the perfect lavender field, perhaps with a view to capturing it as the cover for this book – in Grasse. It’s the centre of the world’s perfume trade and produces some of the world’s best noses, so I understand. It’s also at the southernmost corner of the lavender-growing areas of Provence, so it’s a good place to start. We take the D6085 out of town, a road that climbs in a series of hairpins and gives amazing views back down towards the sparkling Med and the towns and villages of Grasse and around. This is the Route Napoléon and will eventually lead to Grenoble, but we take it as far as Castellane. 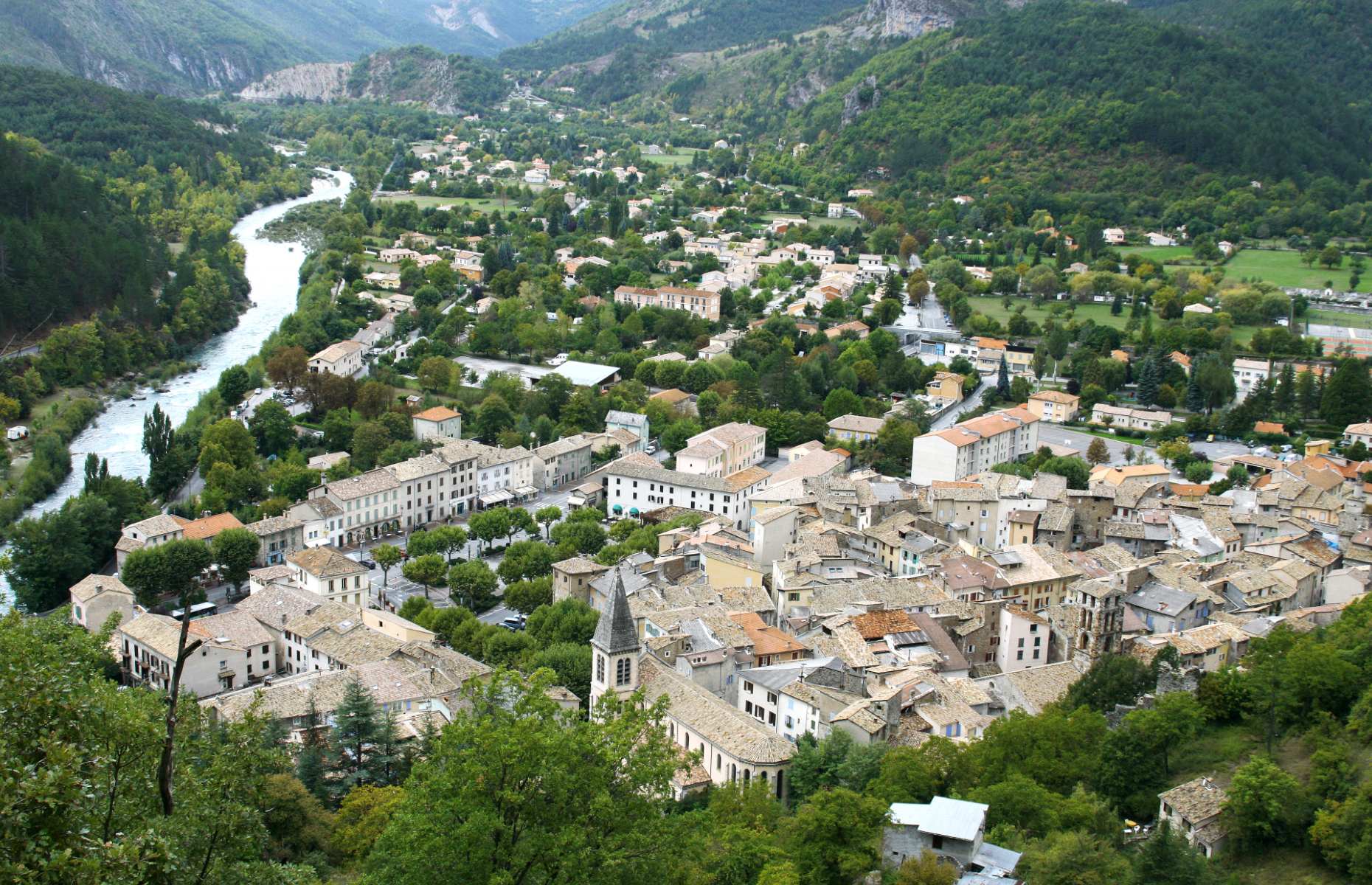 Our first glimpses of lavender are small clutches growing wild on the limestone verges as the road climbs and darts about, following, as ever, the twisted contours of the maritime Alps. It’s a hot day and we have the windows down as we drive. As we climb higher and the day gets hotter, we catch whiffs of perfume on the breeze: florals and pines and the smell of a hot, dry day in Provence.

We wake in the morning in an aire just below the Puy de Dôme, the Auvergne’s most famous tourist hotspot. It’s the ‘flagship’ of the Chaîne des Puys (a 45km/28-mile-long chain of 80 volcanoes) and has been listed as a UNESCO World Heritage Site since 2018. It’s the highest point of the chain and should offer exceptional views of the surrounding landscape and Clermont-Ferrand. 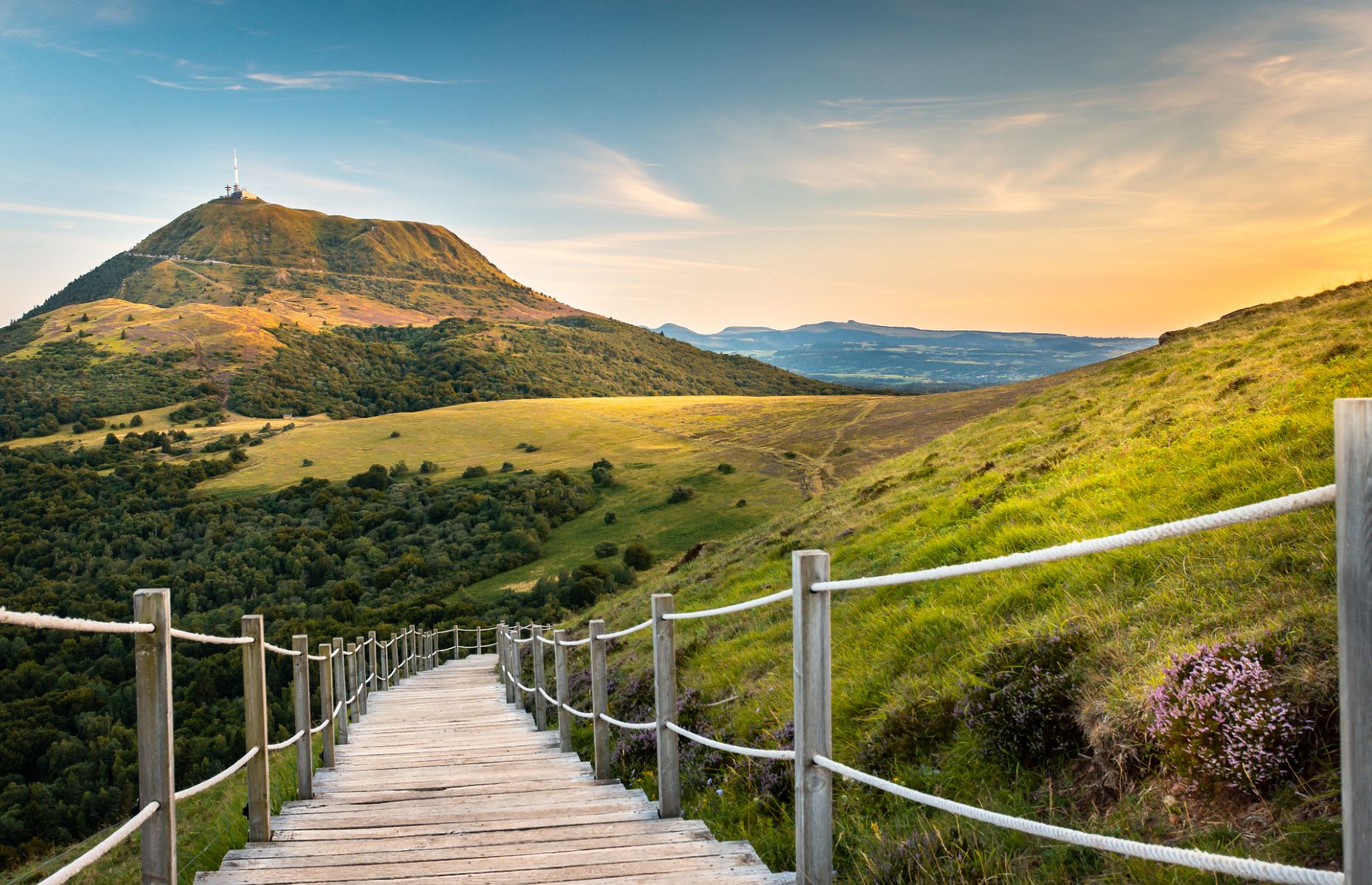 Except, of course, this morning it’s windy and raining and the top of the mountain, which sits at 1,450m (4,757ft) above sea level, is shrouded in thick cloud. We make our way to the motorhome parking area at the base of the mountain, adjacent to the cog railway that promises to whisk us to the top, if and when we decide to chance it. We park up and make breakfast, keeping an eye on the weather outside and on the internet. The wind whistles through the trees and the rain falls.

Quiberon to Les Portes-en-Ré: The Presqu'îles 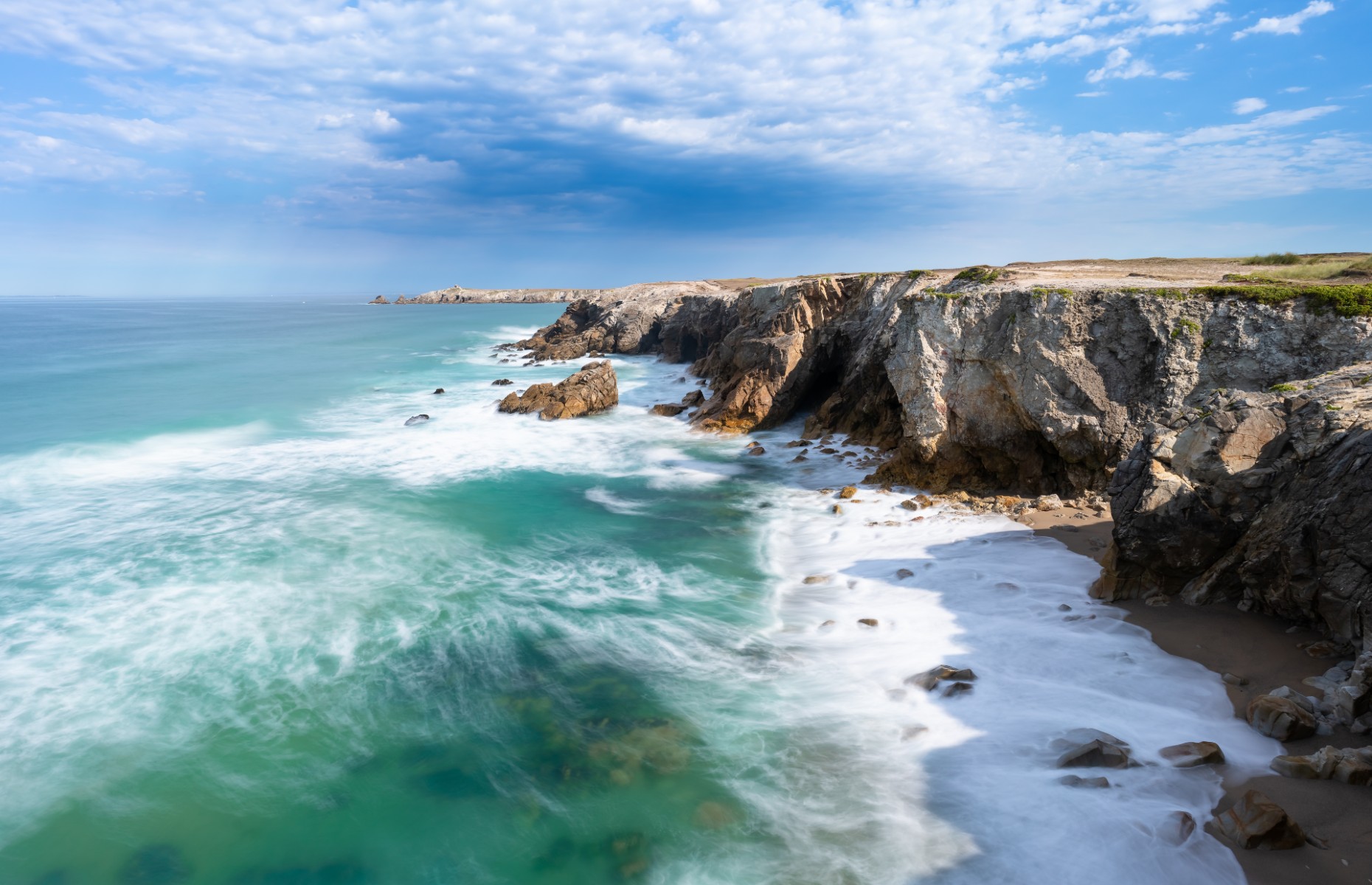 This epic route from Quiberon in Brittany takes in some of France’s western islands and ‘almost islands’, the fringes that are separated by sand spits, thin strips of land or tidal flats. They are islands, but only just. Each has its own character and style, but all are wonderful. The driving, though sometimes a little convoluted, is magnificent. On this drive you’ll get the chance to cruise everything, from long, shameless promenades to rough, tidal causeways. It’s a blast!

The weather gets warmer the further south we go. We swim on the Côte Sauvage (wild coast) on the Île de Quiberon on a hot afternoon. Spear fishermen dive into the crevices looking for bass as we crawl past them between little sandy bays. 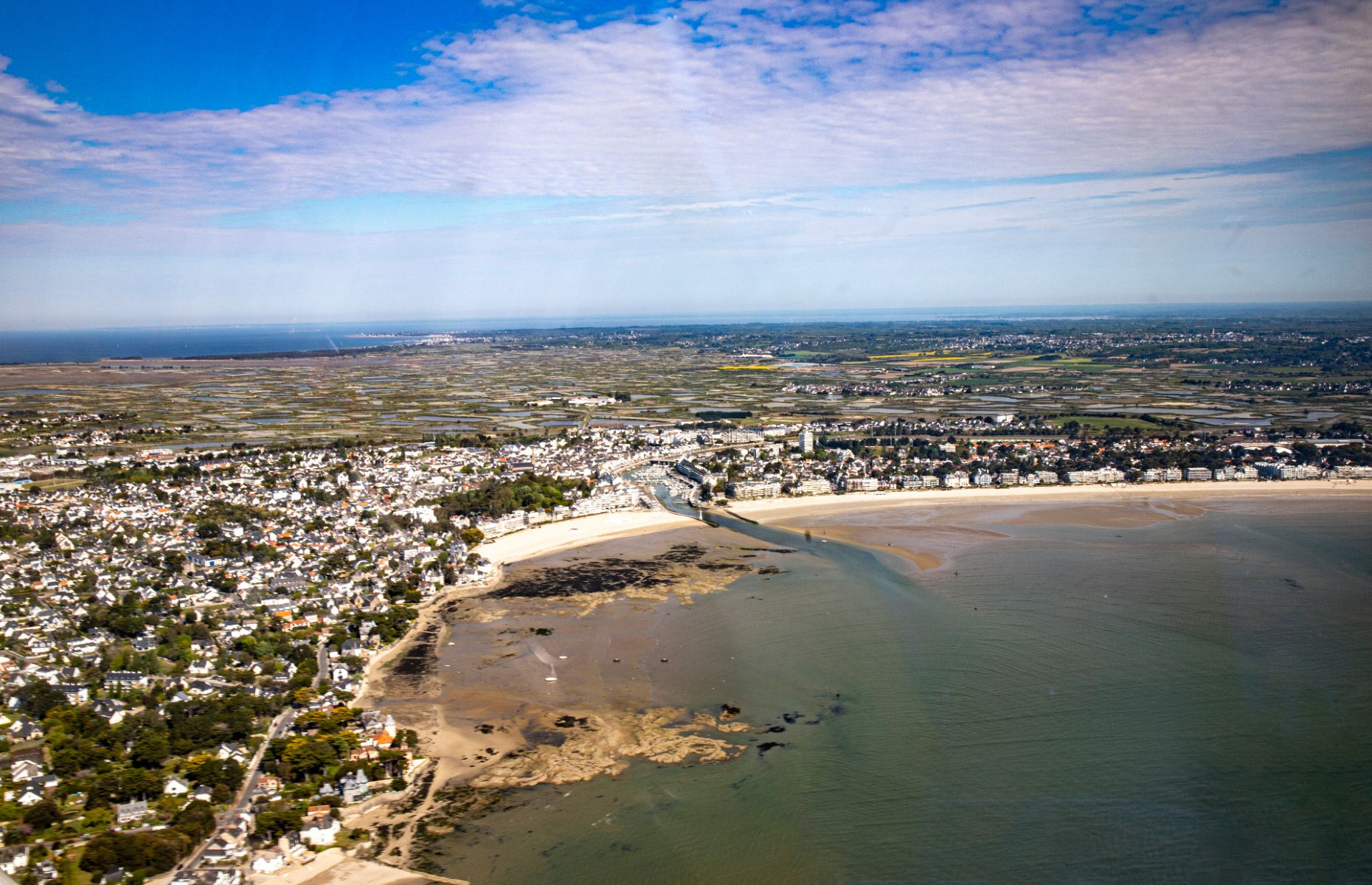 We drive, a little taken aback by the promenade at La Baule, along France’s longest beach, which, at 7km (4.4 miles) long, gives us a taste of what it’s like to visit France’s most popular resorts. The coastal strip of high-rise apartment blocks runs the entire length of the beach, with sand and sea on one side and mile after mile of balconied buildings on the other. It feels more like Spain than the France I’ve known until now.

This is an edited extract from Take the Slow Road: France by Martin Dorey. Martin is author of The Camper Van Bible and the Take the Slow Road campervanning guides which include England and Wales, Scotland, Ireland and France, all out now. 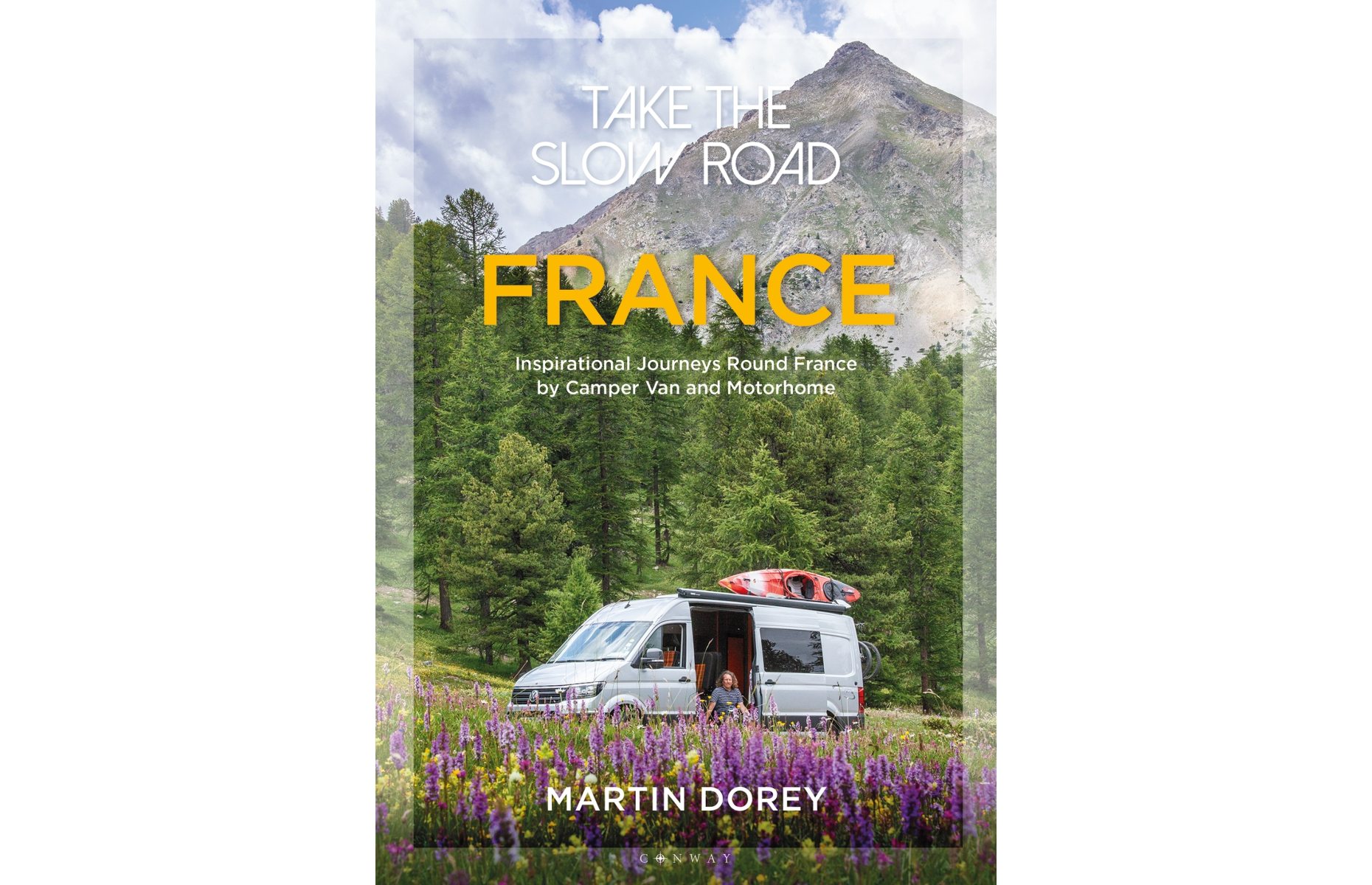