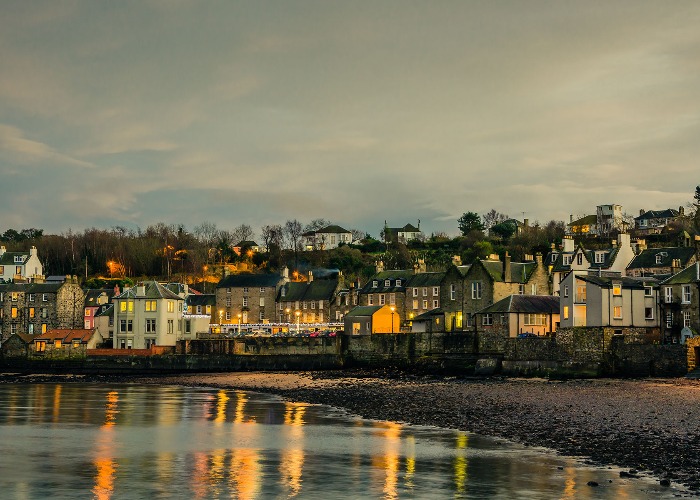 OK so South Queensferry is technically very much its own Royal Burgh – I should know as I live here!

But it does lie within Edinburgh’s city limits and is a glorious secret that most residents in ‘The Ferry’ and the city seem to keep closely guarded from tourists. I’m about to let the proverbial cat out of the bag…

South Queensferry also technically does not sit on the sea either, rather the estuary of the Firth Forth just before it unfurls into the expanse of the North Sea.

It attracts many Scots for wee trips to stroll along the waterfront and grab a ‘fish supper’ (fish and chips), but it’s only in recent years that it is seriously starting to forge its way on to the tourist map proper.

This relative newfound fame is thanks to two things. Two massive things. Plus a third we’ll come to. 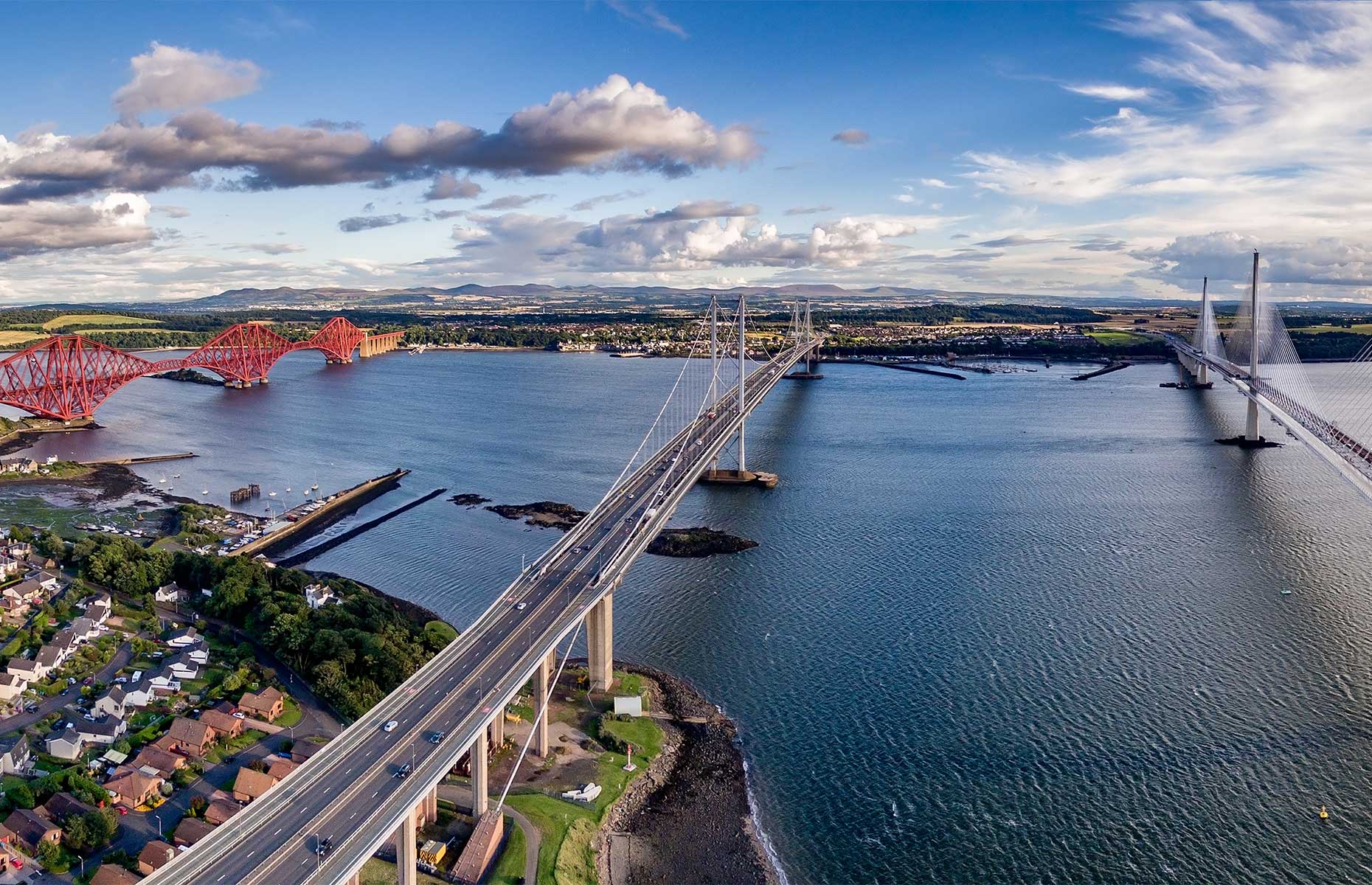 There is the hulking Victorian Forth Bridge, a truly unique red iron leviathan that forged out of the Forth in 1890, but was only enshrined on UNESCO’s World Heritage list in 2015, bringing it worldwide acclaim.

Two years later in 2017 the massive Queensferry Crossing was opened, another epic bridge that is the UK’s highest. This duo have grabbed the headlines recently, with the trio completed by the Forth Road Bridge, first opened in 1964.

I cannot think of anywhere in the world that boasts three such architecturally significant bridges from three successive centuries.

READ MORE: These are the world's most beautiful bridges

May the Forth be with you

The best way to get a grandstand view of ‘The Bridges’ (as they are simply known locally) is from the decks of the Maid of the Forth.

Other operators now ply the local waters, but I still prefer the charms of this friendly family-run company, who have been running boat trips since 1982. Their trim wee vessel ploughs out under all three bridges, with the option to land and spend time on the isle of Inchcolm, which boasts a wee abbey and great views to Edinburgh. Make sure to scan the waters for seals, porpoises and dolphins and even the occasional whale. 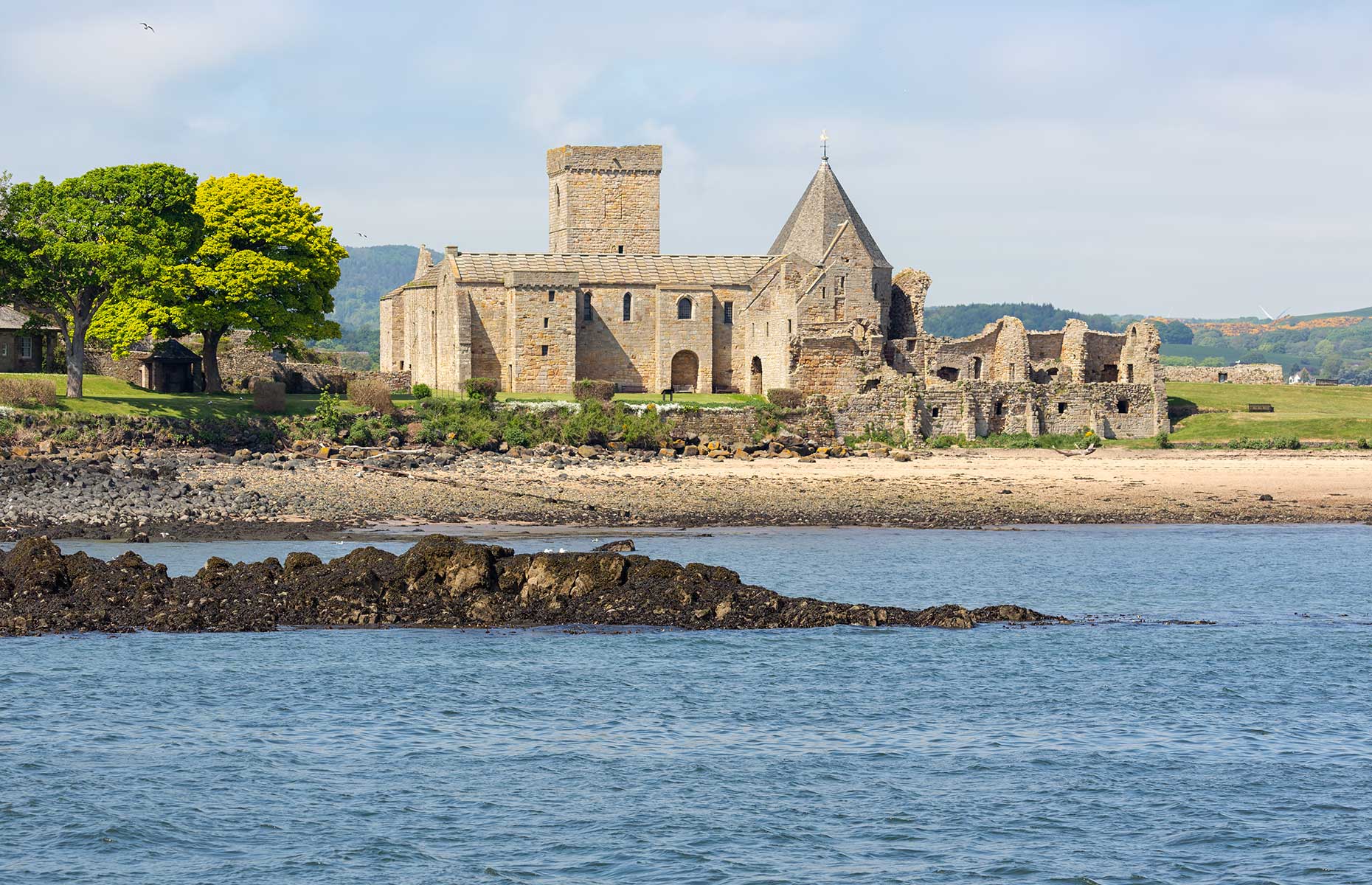 New husband and wife operator McIntosh Tours offer the option of seeing the Forth Bridges in serious style too.

You slip the lines and head out of Port Edgar Marina, then ease under the bridges, sails aloft as you scan the waters for wildlife.

Guests enjoy refreshments onboard including cakes from the Little Bakery, with the option of a seafood platter from Edinburgh's Welch Fishmongers. It's an interactive experience with passengers encouraged to have a go at steering and hoisting sails up. They're flexible on routes and length of trips too with the family team behind it engagingly flexible.

Get some history lessons

Pushing beyond those bridges – which are admittedly hard to take your eyes off – The Ferry also lays claim to being the scene of the first dogfight of the Battle of Britain in the Second World War. That’s right, you might imagine it was over Kent that the RAF first did battle with the Luftwaffe, but it was actually right here.

Pop into the local Queensferry Museum to learn more.

In the museum you will also learn about the town’s pivotal role in the Battle of Jutland and its heritage as a major fishing port too.

Then there is the ‘Burry Man’. This utterly unique figure tours the burgh’s streets every August covered in prickly burrs. See him and you’re meant to buy him a drink or give him some cash. 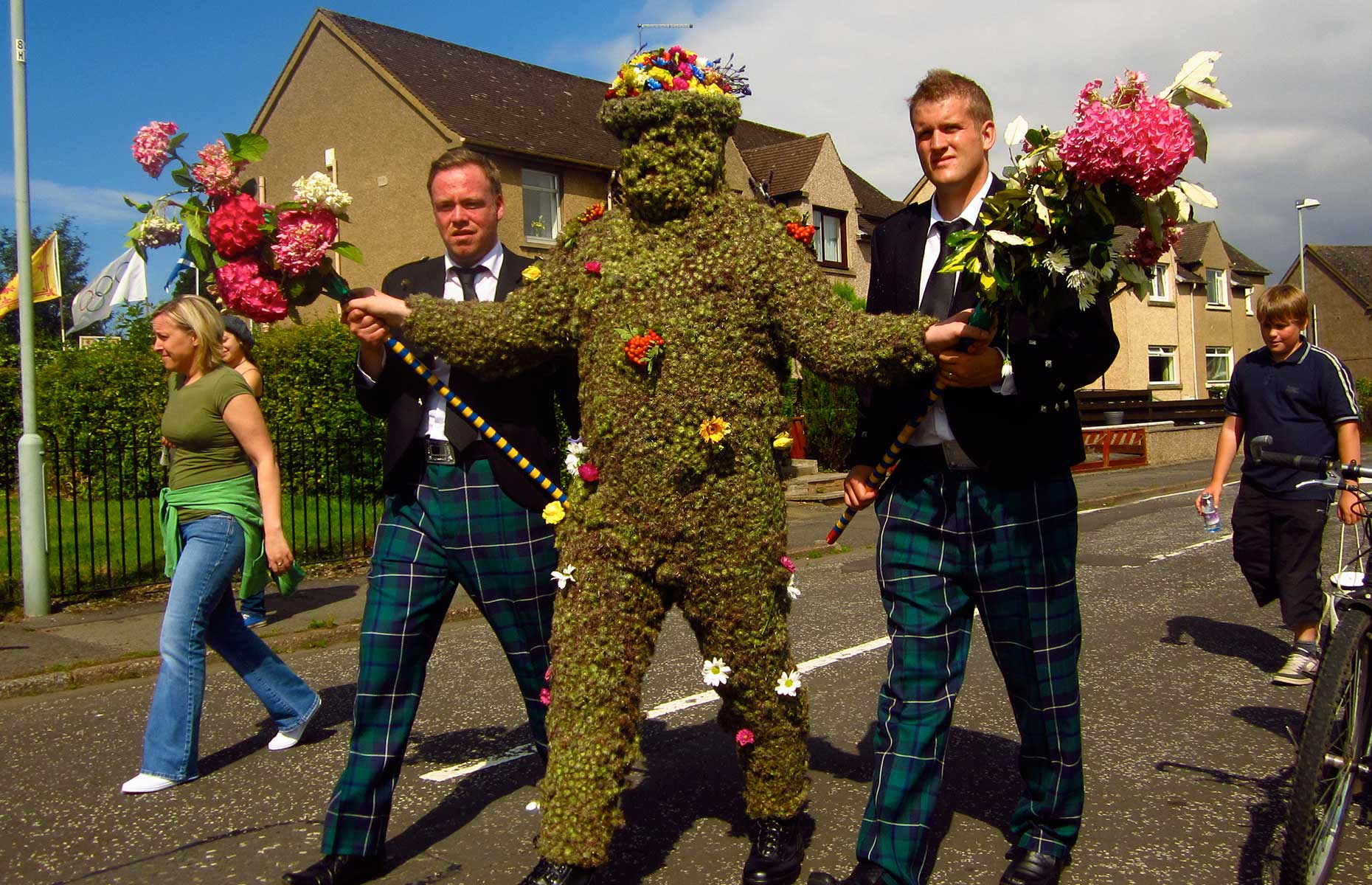 He is a central figure in the week-long Ferry Fair, an August festival that showcases South Queensferry’s independent and community-based spirit.

READ MORE: Discover what to see and do in Edinburgh

This spirit comes across in the picturesque cobbled High Street.

It is home to a slew of independent shops and businesses – there are no multinational coffee chains here.

For views Orocco Pier is hard to beat for a drink and is a favourite of local travel writers looking for inspiration during laptop time (say hi if you see me).

The Manna House is spot on for a tasty lunch, with an array of freshly made salads, hot dishes and a tempting array of cakes.

For the best ice cream of any in South Queensferry (there's a lot of competition) it has to be The Little Parlour. Run by a local couple, expect soft whips in 40 flavours ranging from Jammie Dodger to traditional chocolate.

New kid on the block Scotts gave the local dining scene a real shot in the arm when it opened in autumn 2018, with its massive floor-to-ceiling windows, eclectic menu, buzz and location down at the rapidly expanding Port Edgar quarter.

Back on the High Street there are a rich necklace of historic buildings to savour with the oldest, the Priory Church, the only medieval Carmelite church still in use in the British Isles, dating back to the 15th century. 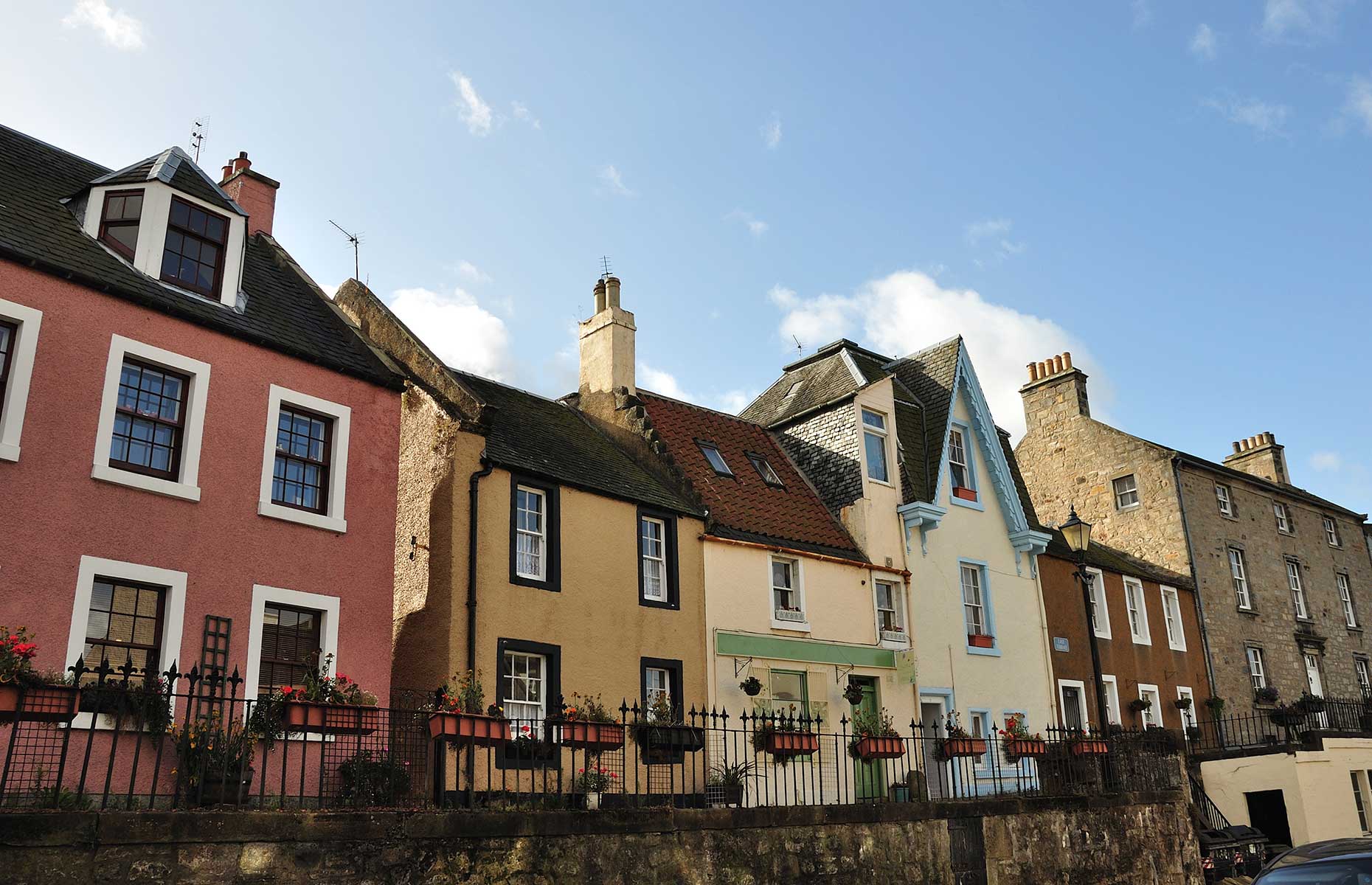 Right in front of the church’s bountiful rose garden are the ‘Binks’, a natural harbour where a plaque indicates the spot where a ferry first ran to take pilgrims to Dunfermline Abbey across the Forth.

The abbey was dedicated to Queen Margaret by her son King David I, in turn lending Queensferry its moniker. There are great bridge views from the benches down here too.

South Queensferry is also surrounded by three feudal estates, framing it with a handy green belt. You can stroll through the woodlands of Dundas Castle and the Dalmeny Estate, but the top one for me for visitors is Hopetoun. 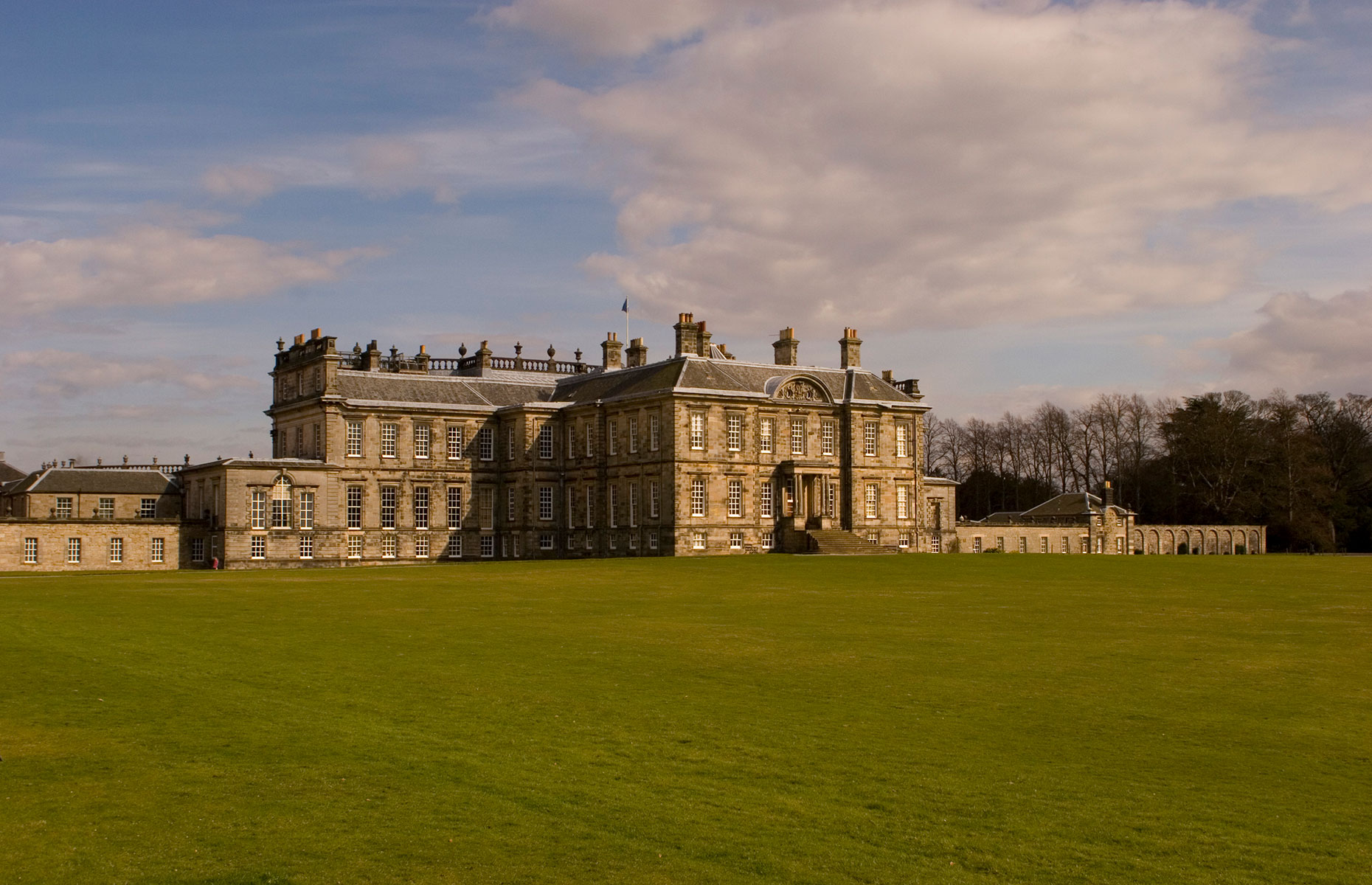 This sprawling estate offers what is Scotland’s equivalent of Versailles, palatial Hopetoun House.

You can see why the producers of historic drama Outlander and Netflix's The Princess Switch chose this grand dame as a filming location. Make sure to explore the bountiful gardens too.

See in the new year

You can visit South Queensferry at any time of year as it is not just a tourist hub, but a real living, breathing place.

New Year’s Day is a surreal time to visit and you can witness, or even take part in, the insanity of the annual Loony Dook.

This madcap event sees hundreds of daft revellers take to the chilly waters of the Firth of Forth. 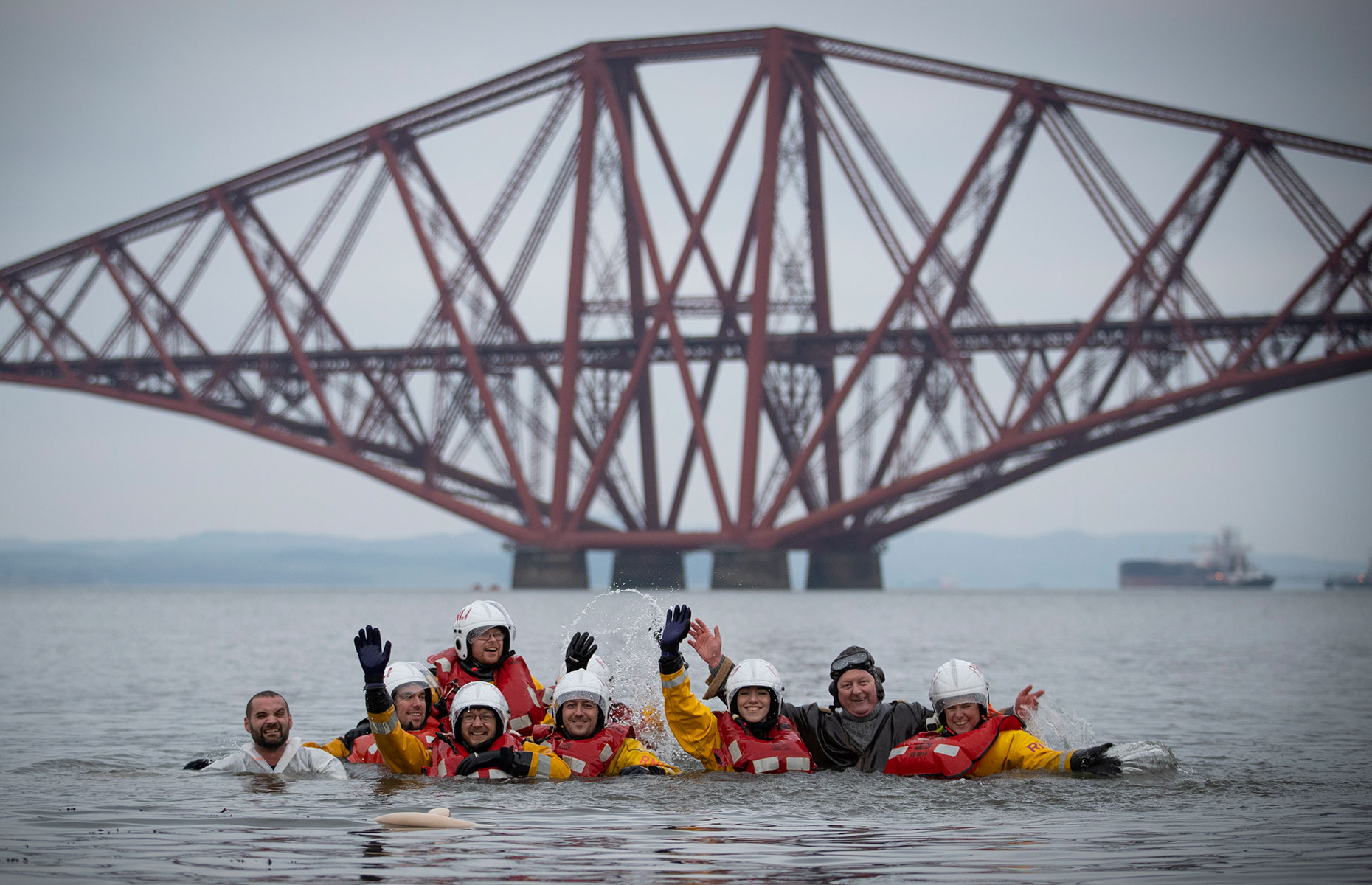 They may not be officially taking on the sea and be in a royal burgh rather than just a suburb, but they, like you, will be enjoying spending time in Edinburgh’s great waterfront secret.