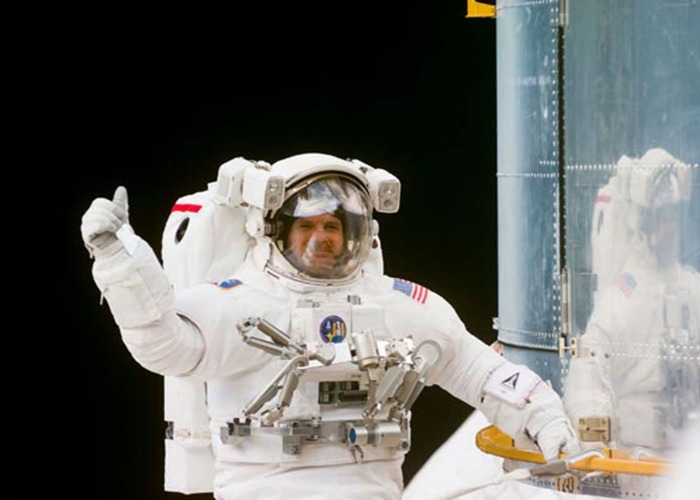 He's completed four NASA missions, travelled more than 16 million miles and walked in space, but before Steve Smith became an astronaut, he was an athlete and businessman. Here, he explains the grit needed to make it to space and shares how seeing the Earth from above has changed his outlook on the world.

Encased in a spacesuit, a broad smile on his face and with Earth looming in the background, astronaut Steve Smith is visibly in his element on a spacewalk.

I'm not describing one of Steve Smith’s four NASA missions though. It's a drawing Steve made, aged about eight, at elementary school in San Jose, California, USA. 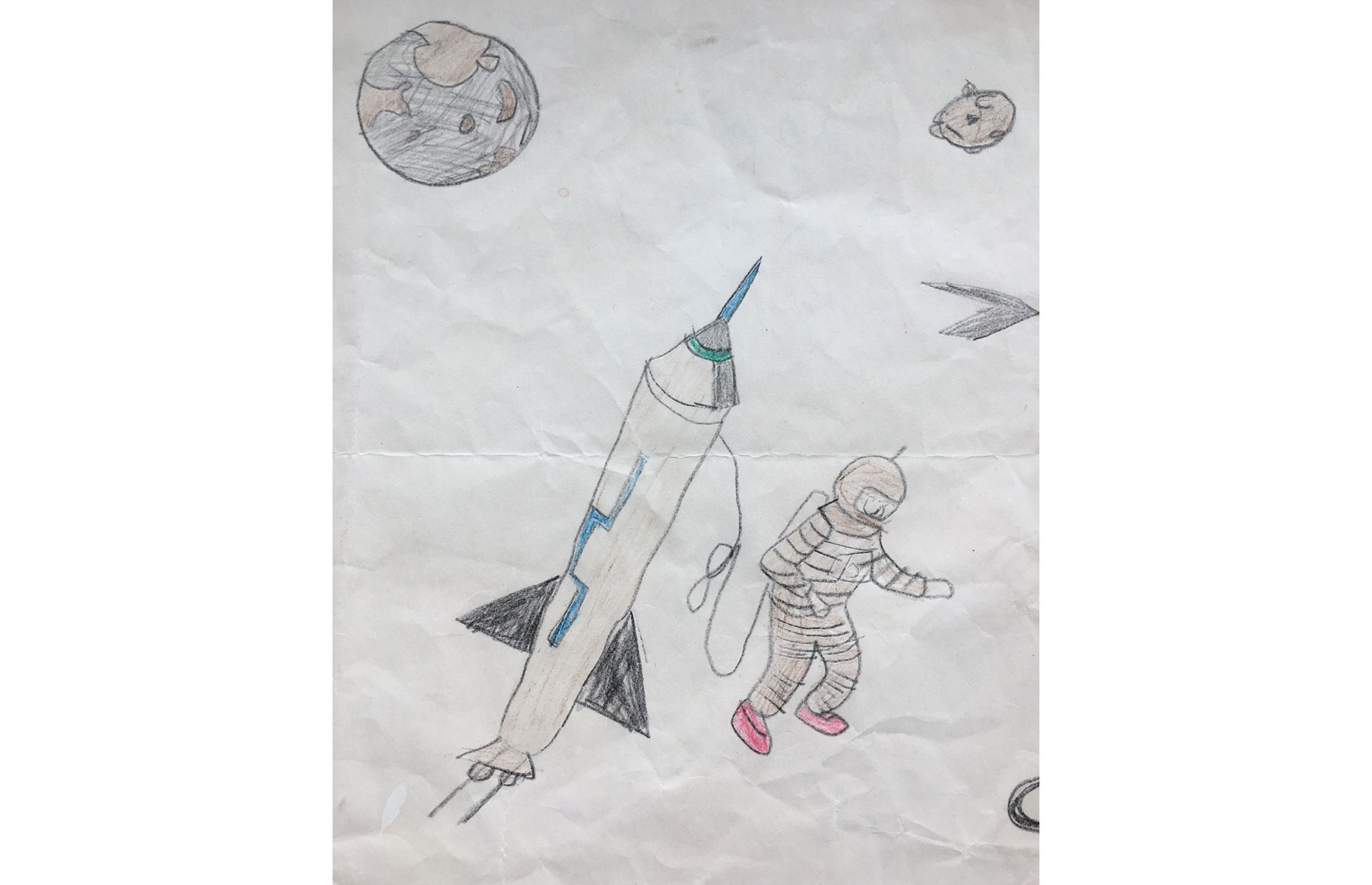 Three decades later in 1997, this colouring-pencil sketch became reality when Steve, now 62, stepped out as a mission specialist on his first spacewalk from the Space Shuttle Discovery.

It was his second spaceflight, the first taking place in 1994 from the Space Shuttle Endeavour.

Discovery lands on 21 February 1997 in Florida with Steve onboard. Credit: TONY RANZE/AFP via Getty Images

From Steve's youthful doodlings it would be easy to assume a career as an astronaut was inevitable. However, it took over 30 years and four unsuccessful applications to NASA to be selected for the training programme.

Plus, due to a near-death experience and a period in hospital in his mid-teens, it nearly didn’t happen at all.

"I was playing basketball for a team in which we played about 15 games," Steve recalls. "During the season I developed a back injury; but I wanted to keep playing so I self-medicated (I didn't feel there was a need to tell my parents) with aspirin, not knowing the dangers. This habit eventually led to a middle-of-the-night discovery I was bleeding internally."

For three dark days doctors could not pinpoint the location of the bleeding and Steve's life was hanging in the balance. However, he pulled through and the experience altered his thinking.

"I left the hospital after 11 days with my life, a big scar and a set of beliefs and principles on how to appreciate and live life," says Steve. "Many people with near-death experiences report this type of clarity and a relentless pursuit of big goals."

After school, Steve went on to Stanford University, California, where he earned three degrees – a bachelor's and master's in engineering and an MBA – plus his pilot’s licence, and captained the water polo team too. Working for IBM in his early 20s, Steve set his sights even higher and applied for NASA.

“They took applications every two or three years. And they kept rejecting me. Not once. Not twice. Not three times. But four times,” he recalls.

One reason for the fourth rejection was Steve’s medical history and his near-death experience 15 years before.

“I was crushed,” he says, emotional at the memory. “But I had that persistence, mindset and those drawings to say ‘keep going’ and come up with some creative answer. So I suggested to NASA that I pay for a specific medical test to provide specific data to them. Amazingly, they said yes. About a month after the test NASA called and said ‘we're going to waive the regulation for you’. I was 35 when I finally flew in space.”

READ MORE: Nims Purja on being the first to climb K2 in winter

Back to space school

These days astronauts undergo five to six years of training due to the international systems involved, but in 1992–3, Steve’s shuttle training was carried out over an intensive two years.

“There's no special place on Earth where we can turn gravity off so the way we practice spacewalks on Earth is in a pool – a giant pool of pretend spaceships in the water”. 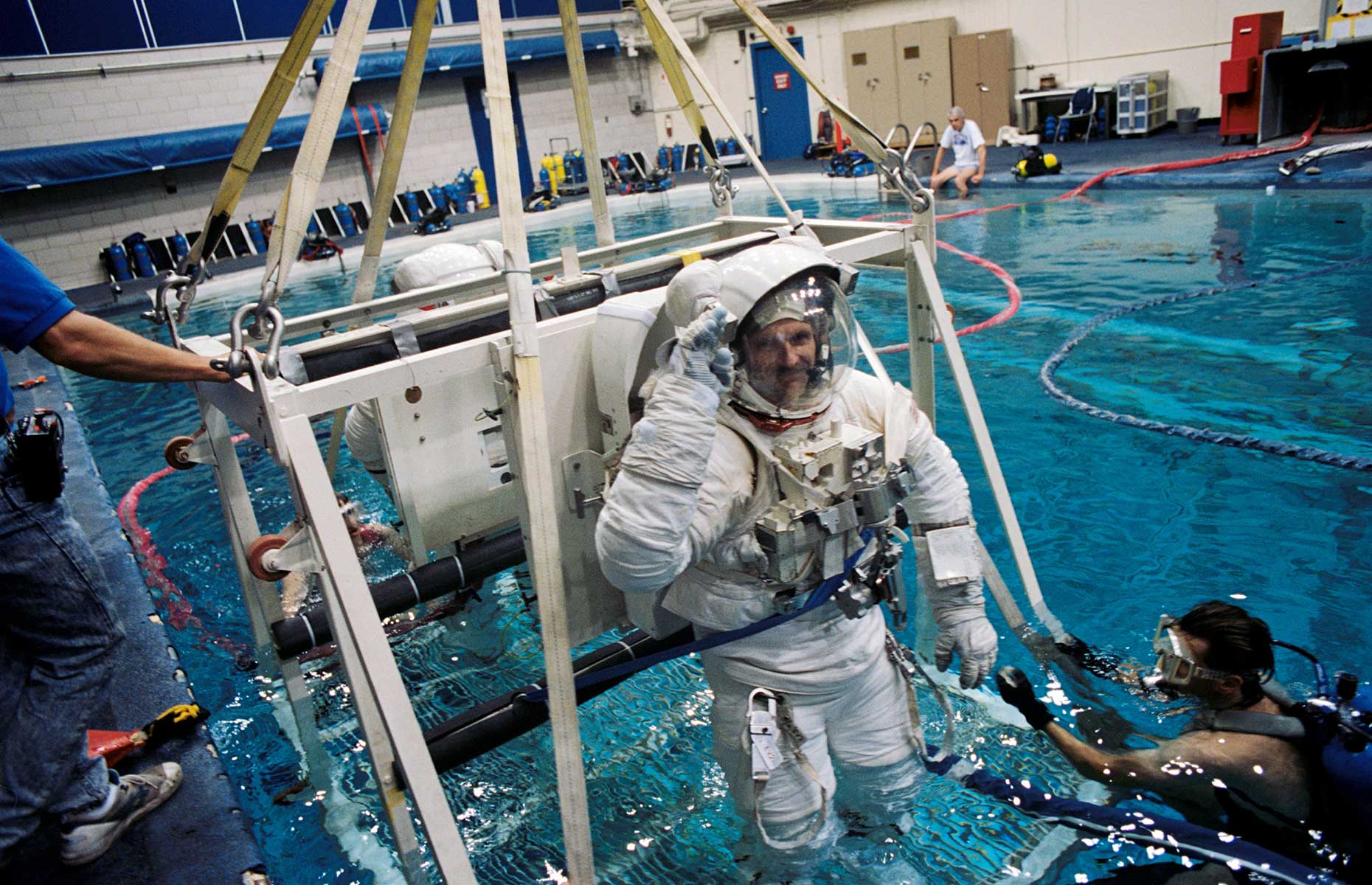 While the number of recent missions means there is now more information on the effects of space flight on the human body, in the 1990s there were many unanswered questions about the impact of longer missions lasting more than sixth months. It wasn't clear yet if astronauts would suffer vision decline in flight and if that might be permanent, or if exposure to space radiation over an extended period of time would affect the ability to have children.

For Steve there was one more immediately pressing concern during that first mission in 1994 – travel sickness. “I vomited 93 minutes into my first flight,” says Steve. “That was the first of 100 times over the four flights. It’s odd going to a job where you know you’re going to throw up.”

Around the world in 90 minutes

Once in space, adjusting to a gravity-free life on missions that would last eight to 11 days wasn’t easy.

It was so confusing Steve wore two watches, one on "home" time and one on "mission elapsed" time.

Domestic life onboard the shuttles also took some getting used to.

“There’s no showering because the water is going to be flying all over the place, so we used waterless shampoo,” explains Steve. “There’s no need for shoes either in the shuttle, as we don’t walk, so it was socks only.”

Sleeping in space, up against a wall or the ceiling isn't as much fun as you might think: “You have to put your arms inside your sleeping bag because otherwise they’re floating around all night,” he says.

Plus, the spacesuits used on walks outside the shuttle brought their own challenges.

Leaving loved ones behind

The hardest thing about going into space?

“Saying goodbye to your kids,” says Steve, who had a young daughter by the time of his first mission.

“I wrote letters to every family member before every flight, just in case I didn't come back. And of course, those letters were never delivered, and they still haven't been delivered. Someone asked me when I was going to give the letters to my children and I've decided that I'll do that when they become parents.”

Steve's final mission was in April 2002 on the Space Shuttle Atlantis where he was the lead spacewalker, bringing his eight-year stint as an astronaut to a close. After so many experiences Steve says nominating a standout moment is impossible.

But, fixing the Hubble Space Telescope on a spacewalk just before Christmas in 1999, was a spiritual experience for him. “Because it's this magnificent time machine that has taken us back in history, 12 billion years,” he says. 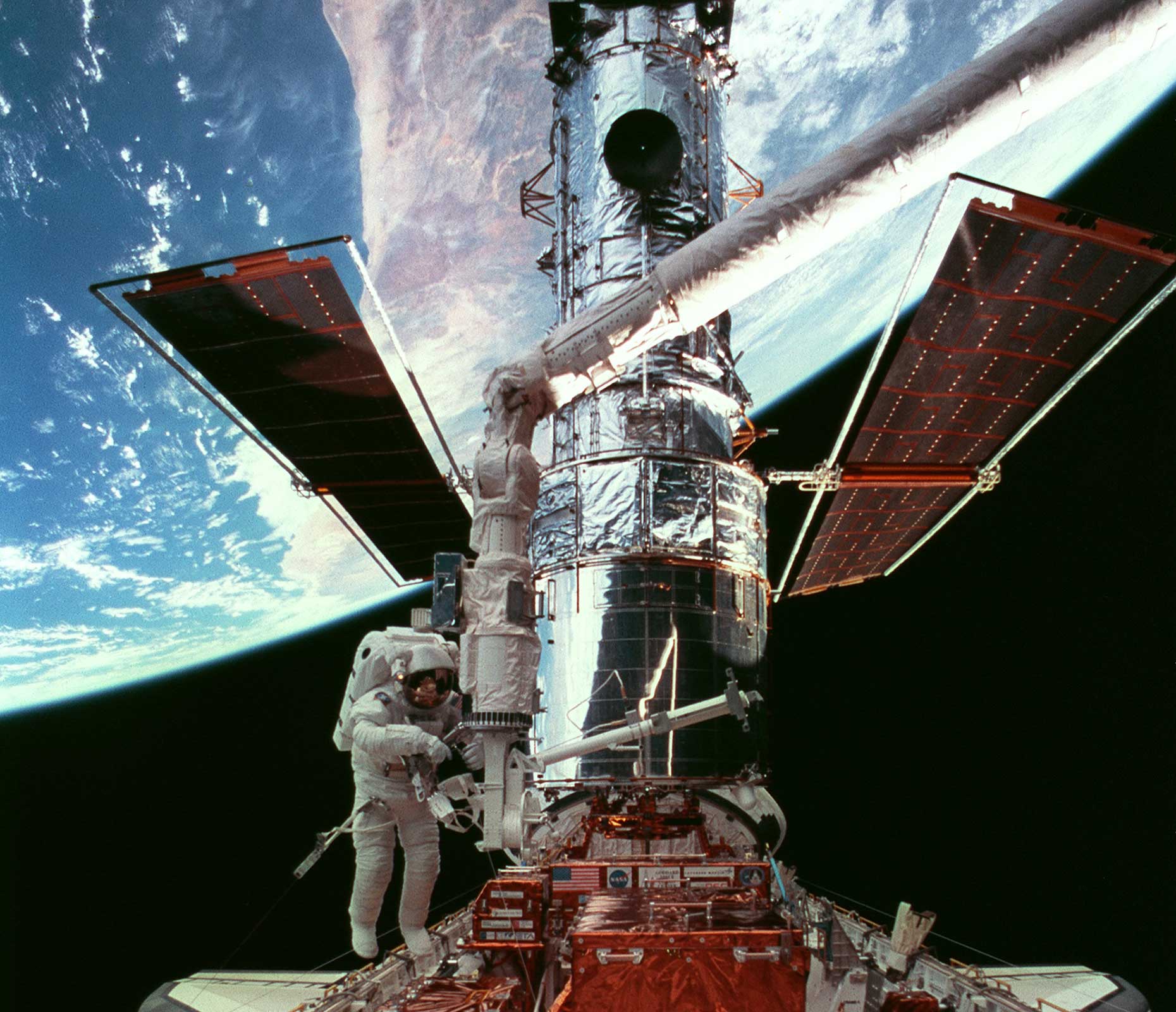 Understandably, Steve's time spent 340 miles (547km) away from Earth has imbued him with a unique world view that informs his work today as a speaker and consultant. “It's really an honour to live here. From space, you don't see any borders and Earth really looks like one global community.”

Steve Smith is a former NASA astronaut and, currently, an ambassador for the Kennedy Space Center Visitor Complex. Located just 45 minutes from Orlando, Florida, Kennedy Space Center Visitor Complex brings to life the epic story of the US space programme, offering a full day or more of fun, inspiration and educational activities. Admission is £41 ($57 + tax) for adults and £34 ($47 + tax) for children ages 3 to 11.

Main image: Steve gives a thumbs up while holding onto the Hubble Space Telescope in December 1999. Credit: Steve Smith/NASA
(Other images provided by Steve Smith unless otherwise stated)