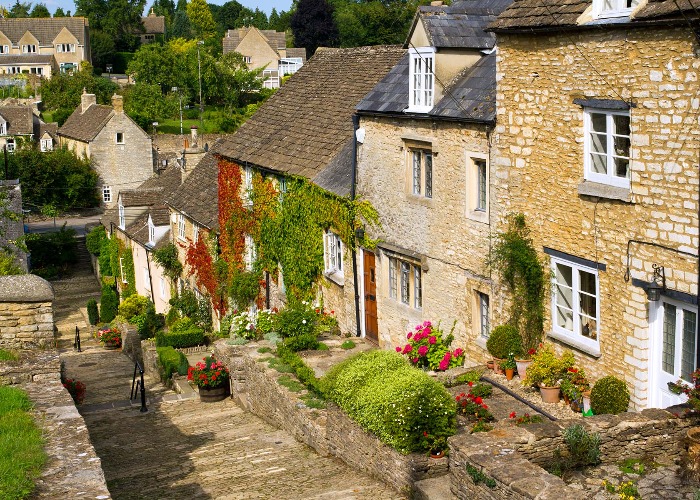 The north Cotswolds might hog the limelight but the quieter south offers some stiff competition so there's plenty to see and do, whether you're day-tripping or staying overnight.

The southern section of the Cotswolds AONB (Area of Outstanding Natural Beauty) is an undulating landscape of deep valleys and yawning farmland. The stone here is a more muted, pearl-coloured brick but is just as captivating as honey-hued north – especially at dusk or dawn. South Cotswolds has some of the region’s most intriguing historic sites, fantastic museums and truly great natural wonders. Here's what you shouldn't miss.

The largest town in the south Cotswolds, Cirencester is the ultimate British history lesson. Not only does its town centre have a handsome Norman church with fairly epic 13th-century additions and a historic marketplace, but the area is best known for its Roman remains. A large portion of these can be seen in the Corinium Museum, named so for the Roman moniker the town was afforded when it was invaded in AD 43.

See vast, astonishingly colourful mosaics, a mock Roman villa and artefacts from Cirencester through the ages. Elsewhere, marvel at the original Roman walls in the Abbey Grounds park near Corinium Gate or visit the now-grassy amphitheatre which was once large enough to host 8,000 people.

For those without a keen interest in history, afternoon tea and a cookery class at The Old Bakehouse Cookery is an indulgent and rewarding experience in a real Cotswolds home, and New Brewery Arts offers exciting shopping from creative British artisans. 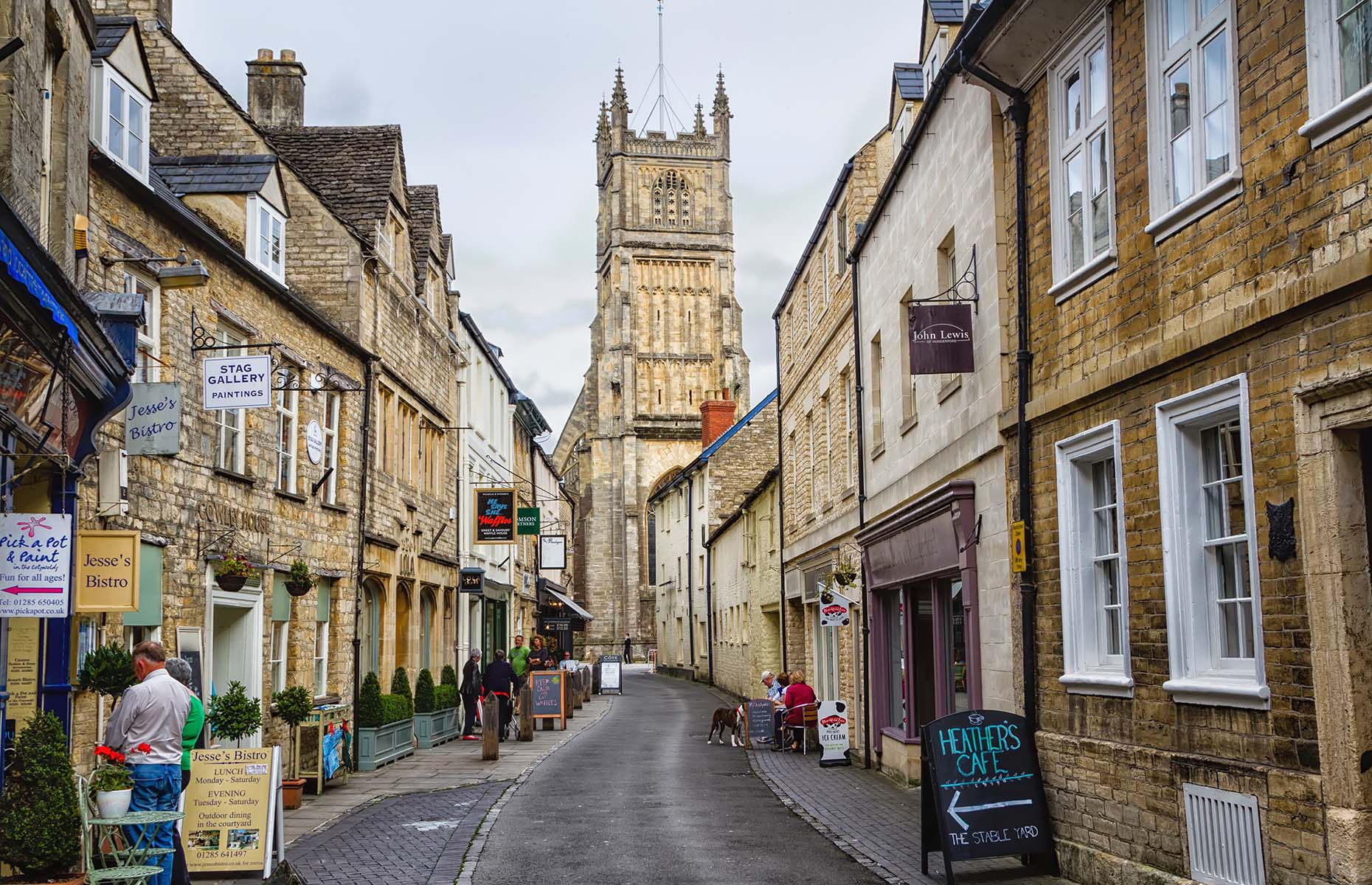 Where to stay: Stratton House Hotel, a simple but homely independent property just out of town beyond the park.

Just outside Cirencester, this organic farm, café and shop is a brilliant place to spend an afternoon or a few days. Large enough to get lost around, the farm has footpaths and trails that cross meadows and woodland, and in the shop and café their organic produce flies off the shelves as locals come to buy their meat and veg. Last year, Hilary and Will Chester-Master – who run the farm as a family outfit – created a flower garden, from which they sell bouquets, and built an enormous glasshouse that’ll see their veg grown throughout the colder months, too. 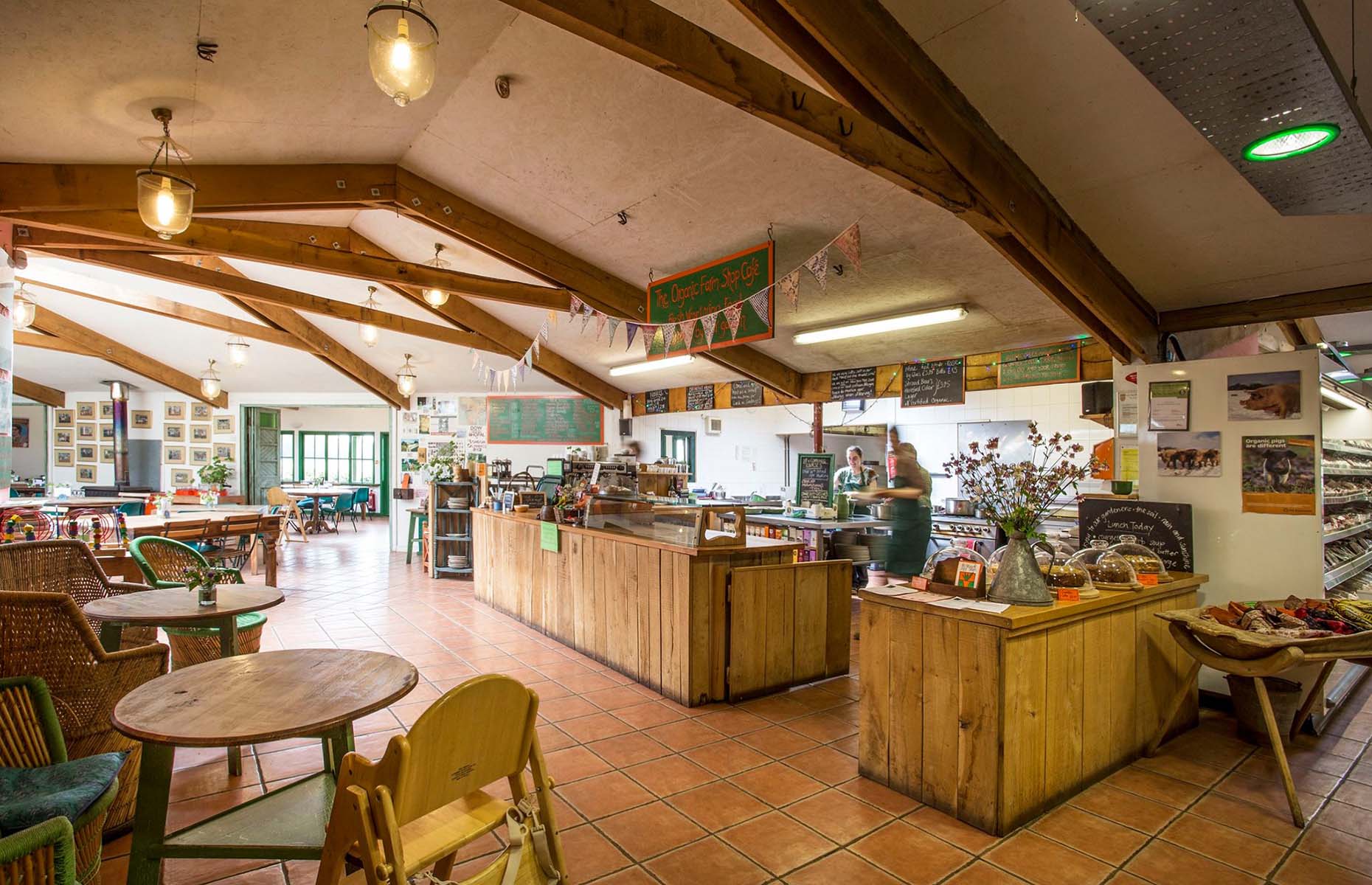 Pick up a picnic from the shop and take a walk or cycle (electric bikes can be hired from Cotswold eBikes on-site) around the farm. Don’t miss a nose around the furniture shop too – Hilary frequently (pandemic-permitting) travels to India to buy gorgeous, colourful antique chests, wardrobes and shelves to sell on from here.

Where to stay: In one of the farm’s wonderful yurts or shepherd’s huts, which both have outdoor kitchens and composting toilets. Alternatively, bring your own gear and try camping on the leave-no-trace campsite where facilities are minimal but the views sensational.

There are plenty of excellent walks in the Cotswolds, but Westonbirt Arboretum is by far one of the most picturesque places to take a stroll. In summer, its 15,000 trees make an excellent retreat from the heat of the day, but it’s autumn and winter that are often most magical. Early morning mist rolls over its gentle hills in the coldest months, the entire landscape bathed in the soft light of winter mornings, and in autumn, the trees create a riot of colour with maples turning shocking shades of red, yellow and orange.

Whenever you visit, don’t miss the canopy bridge walkway, where you can literally stroll among the treetops, and be sure to take the kids Gruffalo hunting – wooden sculptures of the literary creature and his friends are dotted along a dedicated trail. 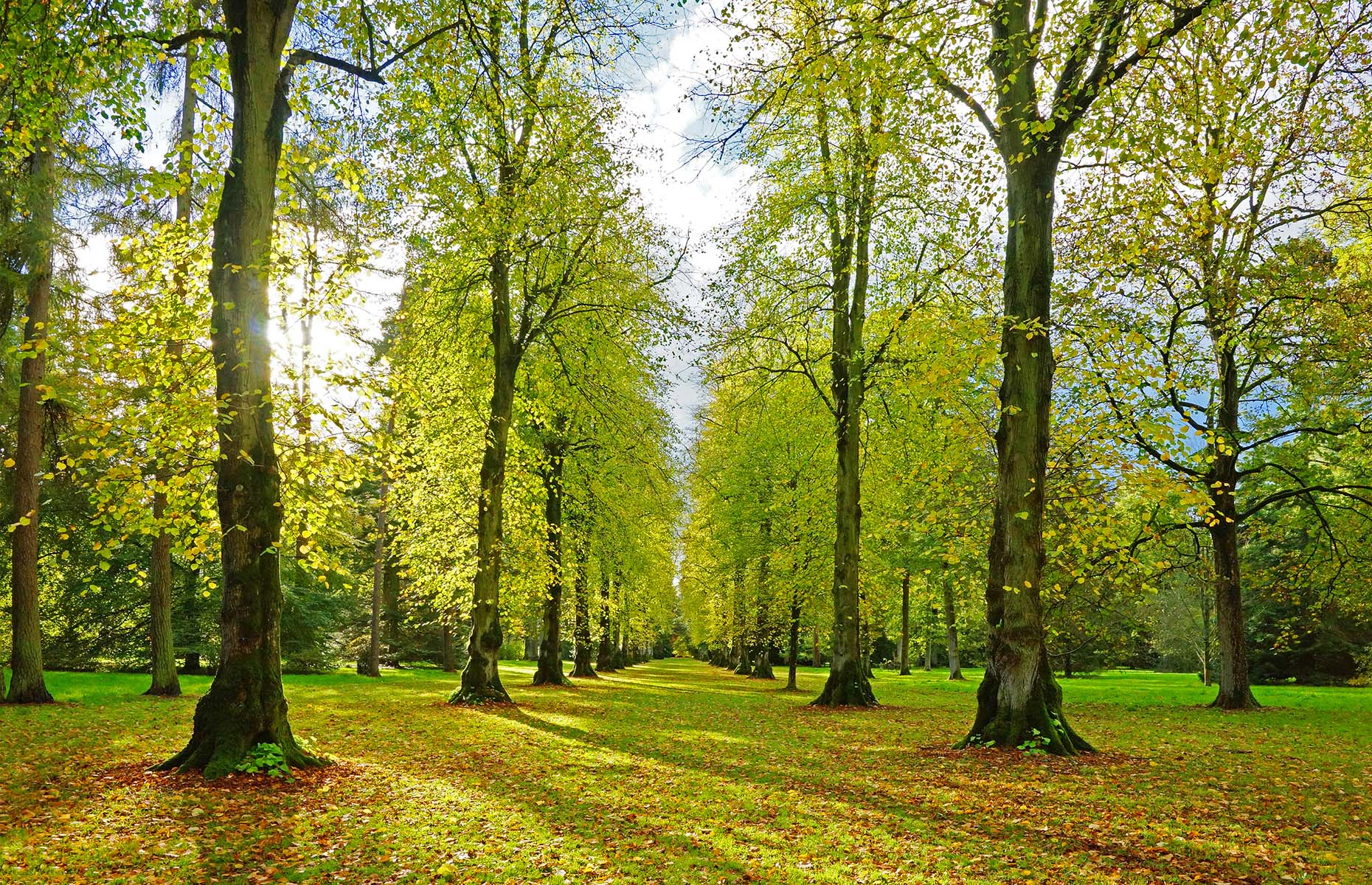 Where to stay: The King's Arms in Didmarton is a 17th-century pub with country charm, cosy rooms and decadent roll-top bathtubs.

A historic wool town, Tetbury’s former trade is now overshadowed by its most famous residents, Prince Charles and the Duchess of Cornwall. The Prince arrived here in the 1980s and made his family home at Highgrove, an 18th-century manor house whose manicured gardens are open to the public between April and October. 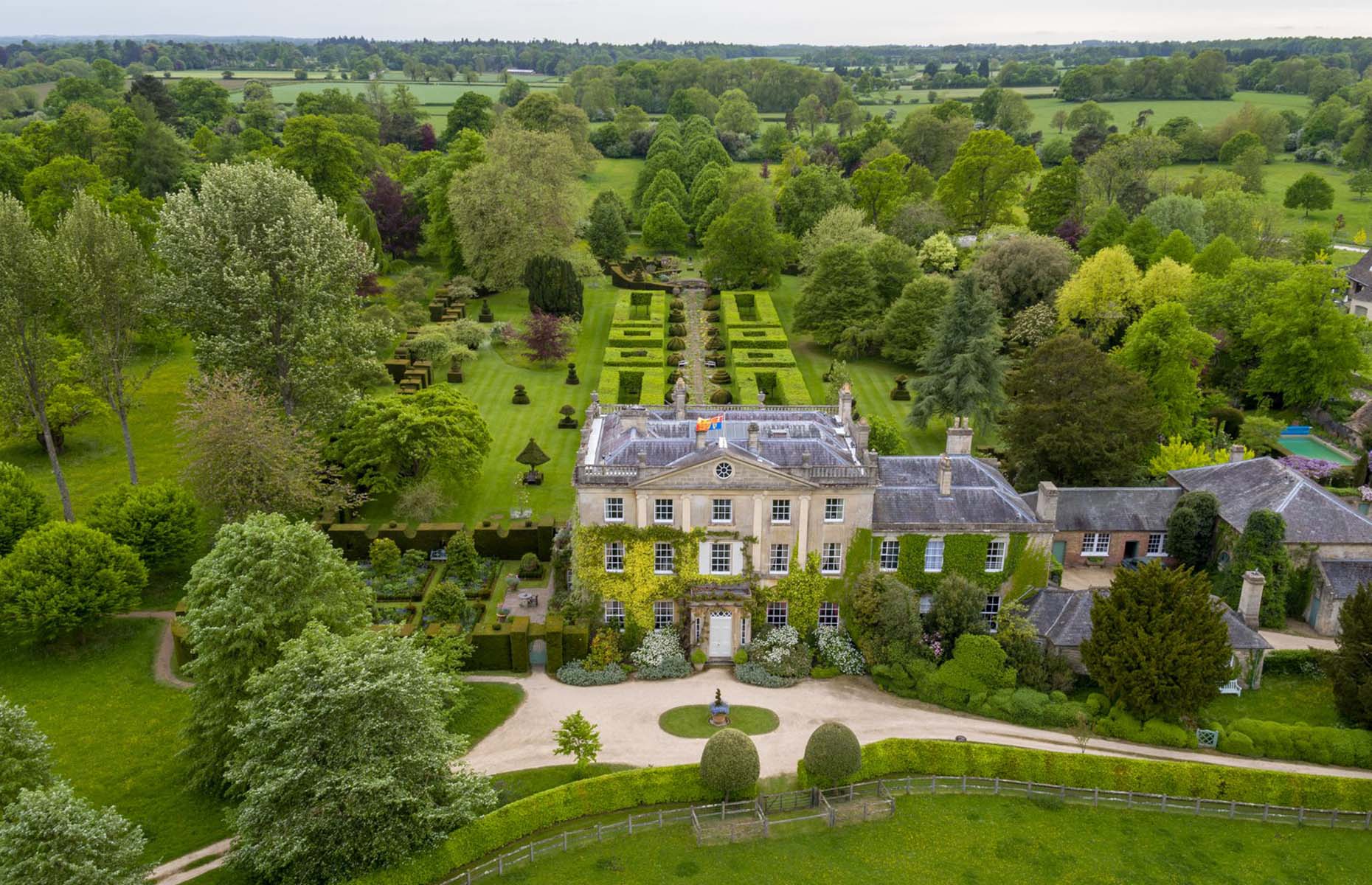 The Royal Gardens at Highgrove/Facebook

But the town itself deserves just as much recognition, as it’s packed with lovely independent boutiques, great pubs and restaurants and has a picturesque town centre. The Grade I-listed Market House is almost 400 years old and regularly holds craft fairs and exhibitions, and the Chipping Steps – the old entrance to the town – is a pretty tumbledown row of cottages on a cobbled slope.

Normally, live performances and film screenings take place in The Goods Shed Arts Centre and the rather eccentric annual Tetbury Woolsack Races is a must if you can time your visit. 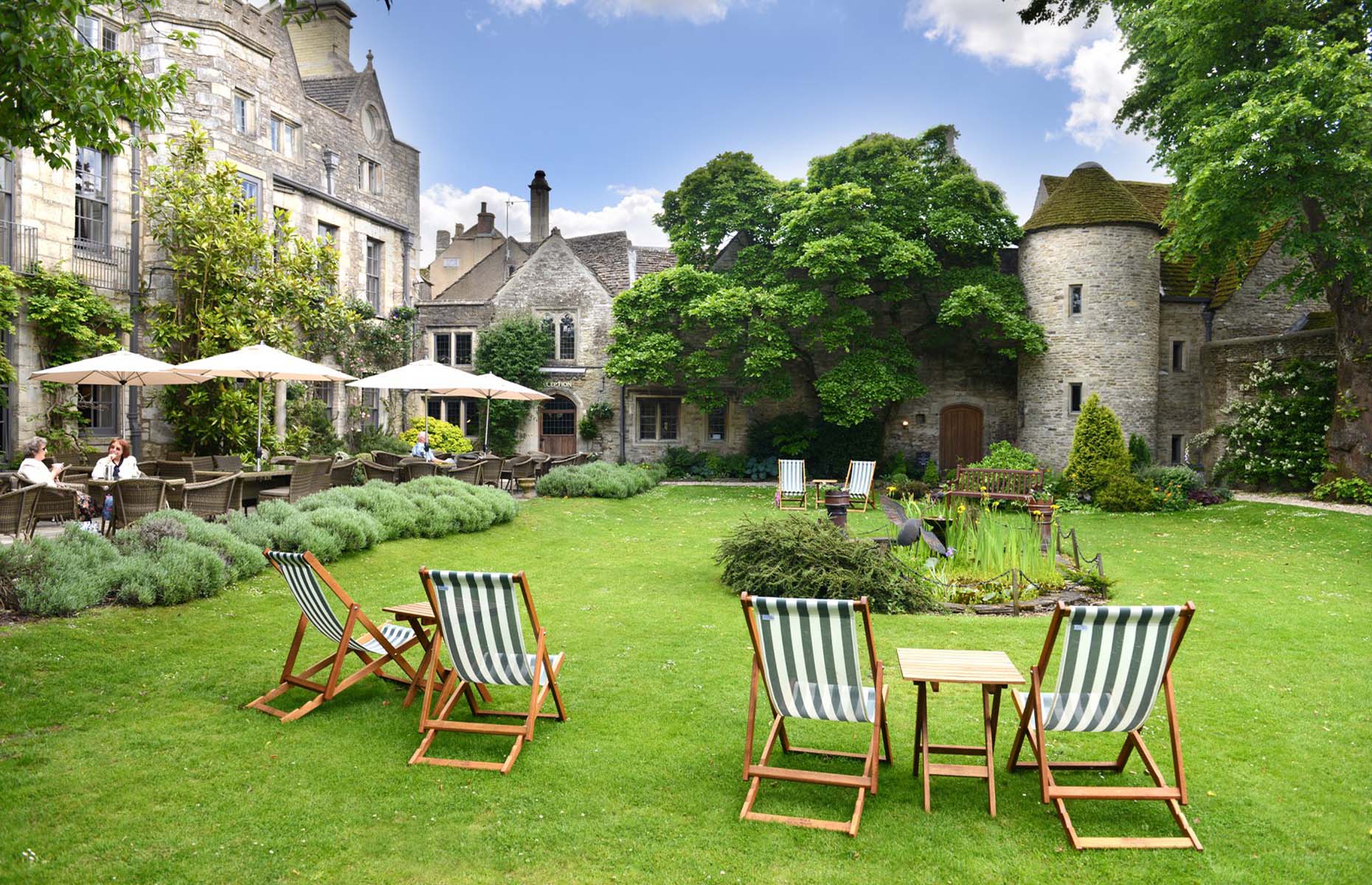 Where to stay: The Close, where rooms are spacious with striking interiors and the brilliant garden is an idyllic spot for afternoon G&Ts.

READ MORE: Your guide to the glorious Cotswolds