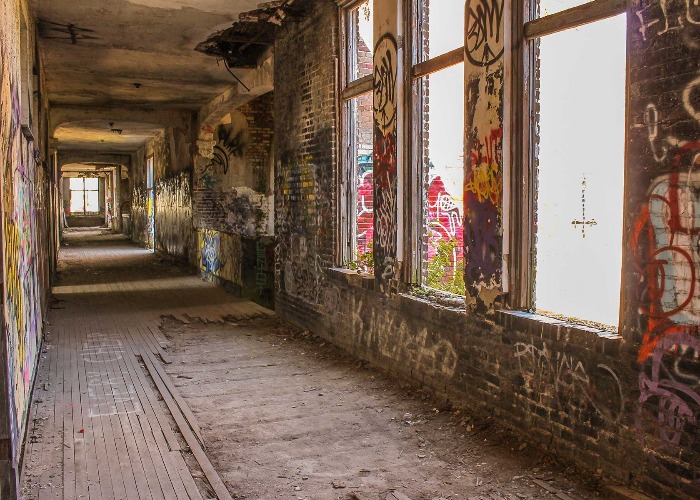 From long-forgotten theme parks to dilapidated hotels, crumbling mansions to decrepit penitentiaries, urban explorer and photographer Leland Kent has captured some of the most evocative images of abandoned buildings in recent years. He reveals how it became his full-time job and the incredible stories behind his pictures…

Take a look at the image above and what’s the first thing that catches your eye?

Perhaps it’s the exposed brickwork? The colourful ­graffiti? The ceiling that's about to fall through? Or maybe the floorboards once trodden by children in between lessons?

But peer closely at the window on the right-hand side and you’ll notice something out of the ordinary. Something that even 35-year-old professional photographer Leland Kent, who took the shot, didn’t catch the first time he saw this picture: an upside-down cross, suspended in the window.

The problem? The cross wasn’t there when he took the image. And it’s hanging from a frame where there's no glass to reflect the light either.

All in a day’s work

Such spooky encounters aren’t something that fazes Leland. 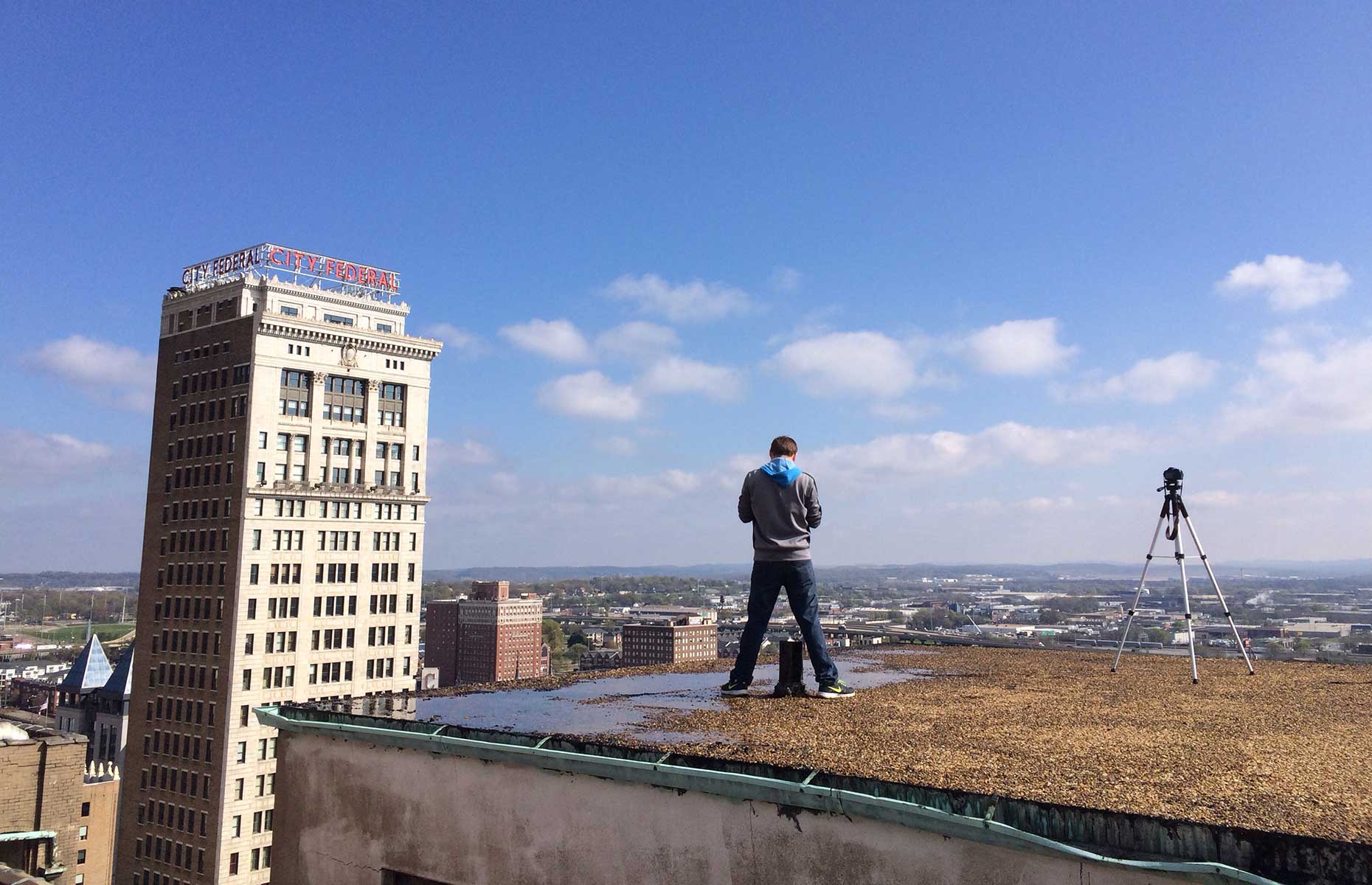 He’s a no-nonsense Southerner from Birmingham, who read for a degree in criminal justice at the University of Alabama and previously worked as a probation officer. But a twist of fate took him away from helping offenders in the prison system.

"It was low pay and was stressful, so the photography started as a hobby and a passion in 2014. I first got into it by just going out with friends. Out of curiosity I wanted to check out some historic places that were in my hometown,” says Leland.

“After I started blogging in 2016 some of the articles got picked up by news outlets, and that just got me more press. I've now written five books about my travels.”

Today, Leland is one of the most prolific and respected photographers in the urban exploring genre, focusing on his books and highly successful blog, Abandoned Southeast.

Despite the goosebump-enducing experiences he's encountered on his travels, Leland insists he "doesn’t believe in ghosts".

His number one nemesis? Bees.

“I stepped on a beehive one time in the woods and I got stung 27 times,” says Leland. “The ground was covered up with kudzu vines and it was ankle-deep. I stepped on something and all of a sudden there were bees everywhere. I’ve trodden on a nail, I’ve cut my hand and I’ve even fallen through a floor once, but those bees were the most pain I’ve been in as a result of exploring.”

While he’s now married and based in Florida, Leland credits his native Birmingham, Alabama, with having a huge influence on his work.

“Every place is unique, so every place I visit holds a little something special for me,” says Leland. “But some of the early places that I photographed stand out. One of my first was the Masonic Temple in downtown Birmingham. That place was kind of like a time capsule. All kinds of regalia was left behind, things the Masons used that you wouldn't normally see like dozens of hand-painted trunks they stored all their stuff in and really old equipment. They’re working on restoring it, but it’s still closed up.” 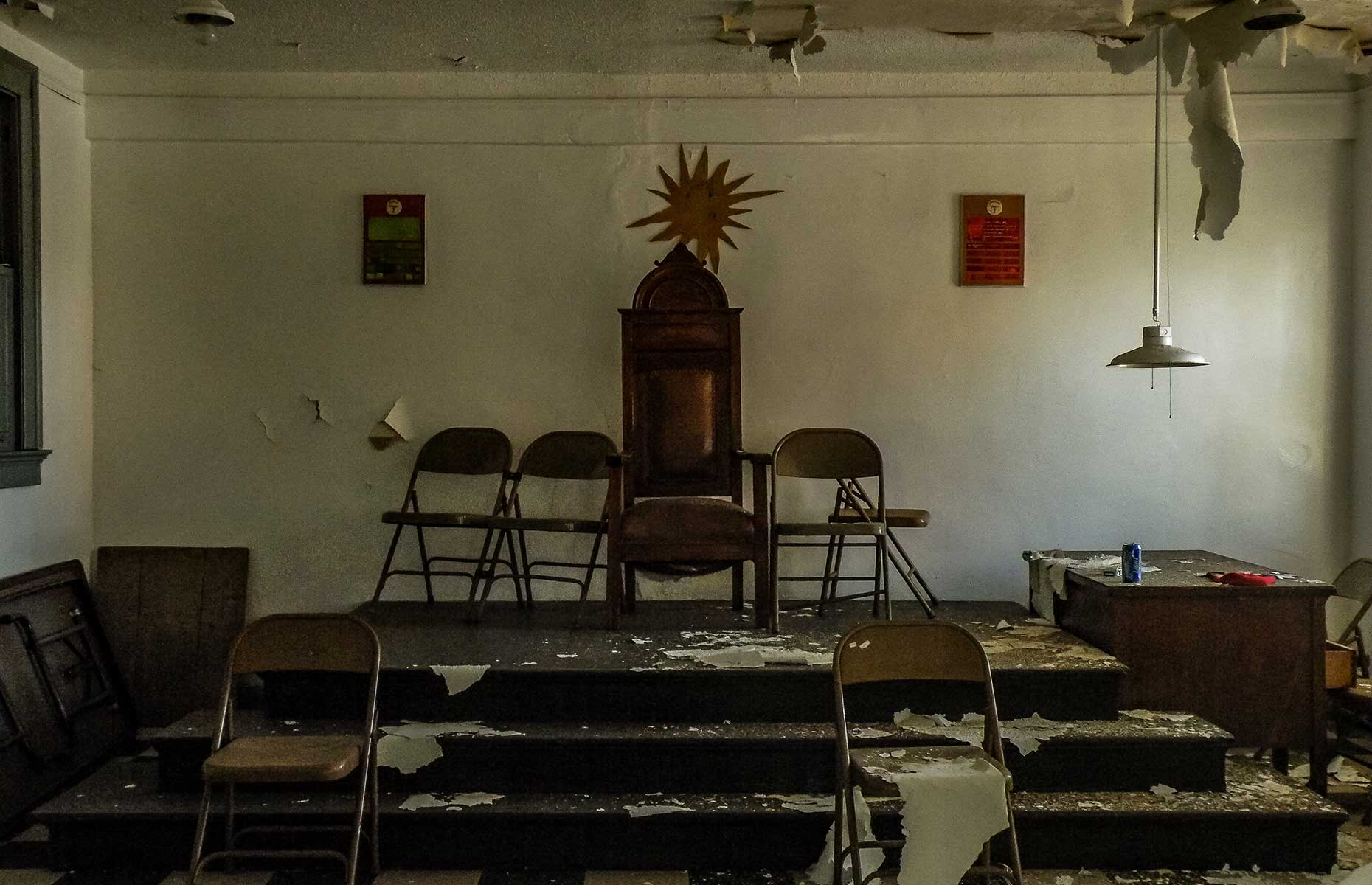 Leland's degree in criminal justice means he's all too aware of the law surrounding access to buildings and always seeks permission where it’s possible to do so.

“When it comes to private property, houses and stuff like that, I usually try to find an owner and work out a way to photograph the house," explains Leland. "I wouldn’t want somebody just walking on to my property and I try to respect that. Sometimes the owner doesn’t even know a place is unsecured until I get in touch.”

“But for the places that are abandoned and then stay abandoned, a lot don't really have an owner or if they do they’re tied up in the state, like asylums. I’ve never really had a problem getting caught but sometimes it’s forgiveness over permission. For the most part I try to go about it legally, but if I can't, I'm not scared to jump in a window." 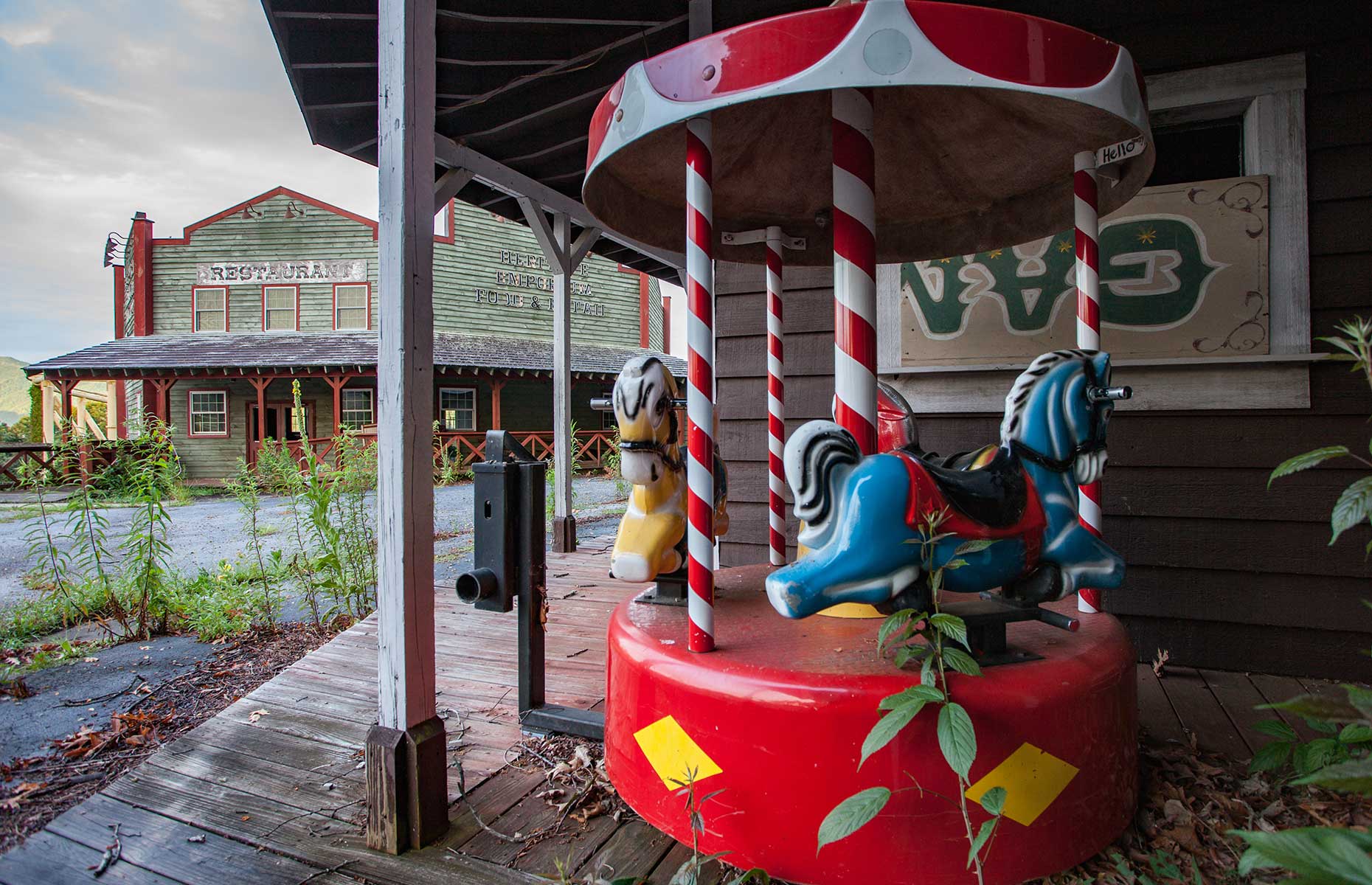 Does he worry that social media means that those with less experience than him might be tempted to follow his example?

“Social media means it's harder to keep things quiet, “ says Leland. “And some people just don't care about the buildings. They destroy things, set off smoke bombs or paint or graffiti. So some of the places I photograph I hold on to until I know they're being repaired or restored and then I put it out there.”

Having spent many years travelling across the South, Leland is also keen to travel more both within the USA and in Europe.

“For me the bucket-list stuff is overseas like Italy to see some of those old villas. I would love to be able to just walk through some of those and capture the ornate ceilings and hand-sculpted walls,” says Leland.

“I haven't been up to the northeast of the USA. I'd really like to see some of the older asylums there too.”

And as for that image of the cross in the window?

“Let me tell you about Public School Number Four in Jacksonville, Florida. Back in 2014 one of the preservation people took me through the site. And we got to the upstairs part and my flashlight died, it was like something was sucking the energy out of it. I took a picture at this window and didn’t think anything of it."

“It was only when I sent my photos to the preservation society that I discovered something was up: ‘Do you realise there's an upside-down cross in one of your pictures?’ they told me."

"And I had no idea, I didn't recognise it. I didn't catch it right off the bat because I wasn’t looking for it. But in post-processing you could turn down the highlights and that cross was definitely there. While it’s taken in a window, the windows aren't there anymore. It's just an outside. I can’t explain it. It doesn’t make sense. But it’s the craziest thing I’ve actually seen.”