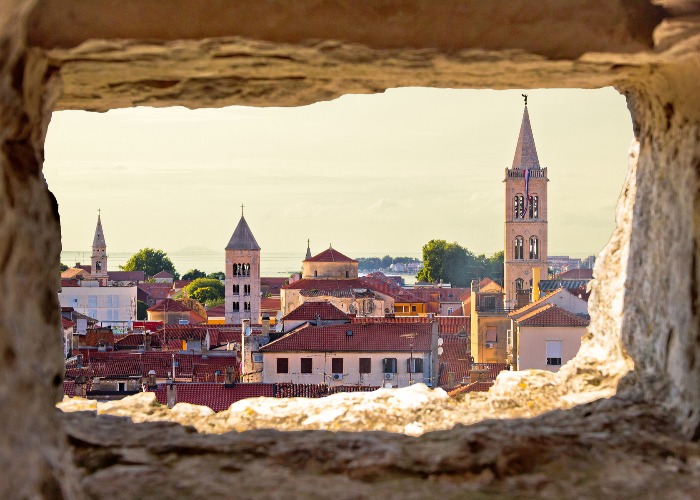 Sitting pretty on a peninsula on the Dalmatian coast, the port town of Zadar may not have quite the time-capsule qualities of Dubrovnik, but its combination of Roman ruins, medieval churches and modernist architecture tells a fascinating story. It also makes for a welcoming, buzzing but not bursting-at-the-seams city, where you’ll share space with locals, alongside other clued-up tourists, not just cruise-ship passengers or Game of Thrones fans.

Zadar’s chequered history, of centuries under Venetian rule and major damage during World War II and the early 1990s War of Independence, is evident in the Old Town’s assortment of buildings. You’ll find ruins of a Roman forum, impressive remnants of Venetian walls and the commanding Byzantine-style Church of St Donat – not to mention traces of bullet holes puckering some facades.

Today, these fragments of an eventful past sit beside post-war concrete constructions and stirring 21st-century sound and light installations – namely the Sea Organ and Greeting to the Sun – which have done much to raise the profile of modern Zadar.

With the hypnotic chimes of the Sea Organ, an architectural musical instrument powered by waves, in your ears and one of Zadar’s famous sunsets – ‘the most beautiful in the world’ according to Alfred Hitchcock – smouldering before your eyes, it’s easy to fall under the spell of this spirited city. 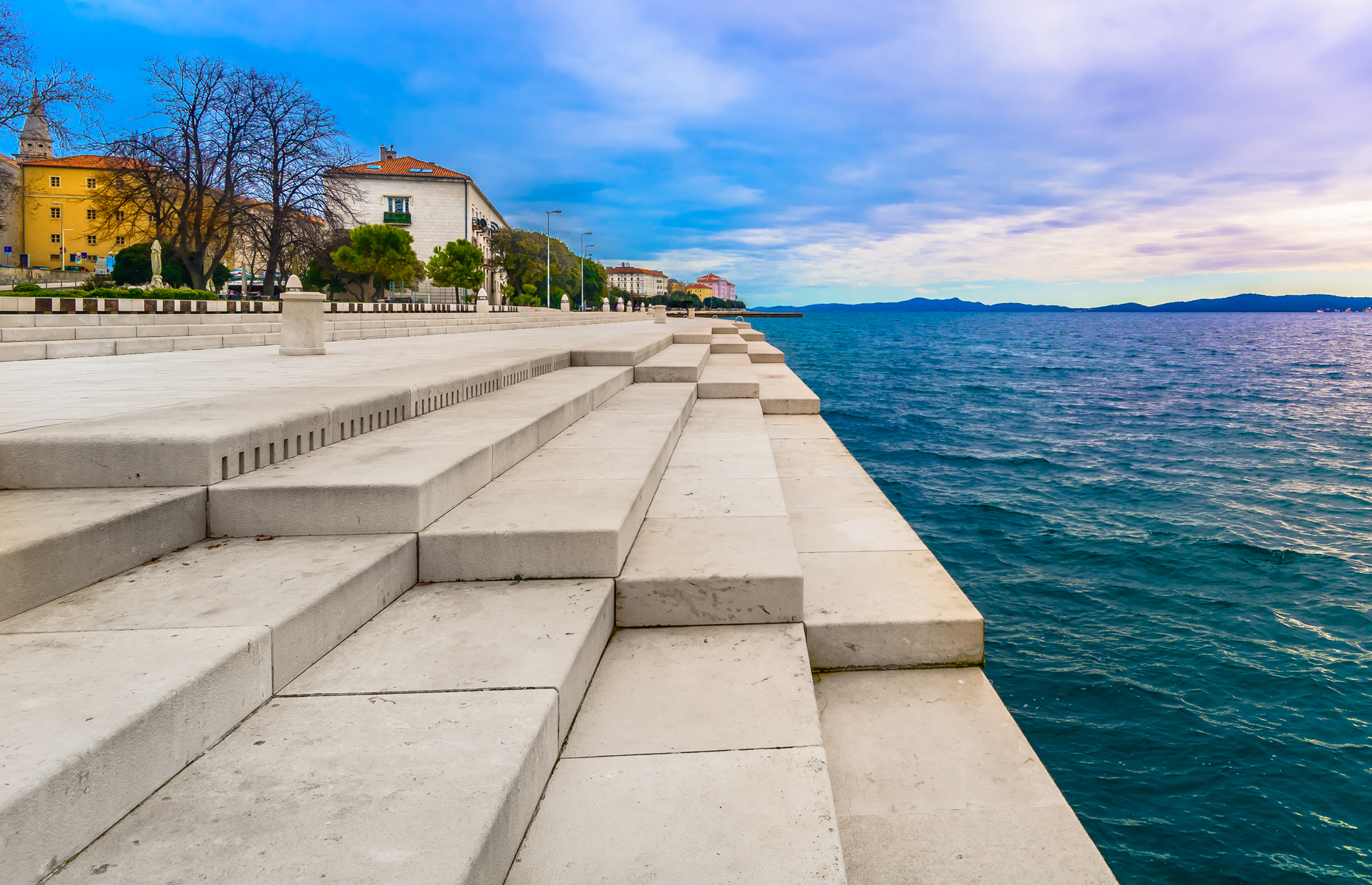 Zadar’s small size and largely pedestrianised Old Town make leisurely sightseeing a breeze. With more than a few days on your hands, you could jump on a ferry to visit outlying islands, or even venture inland to Krk National Park or the ravishing waterfalls of Plitvice Lakes. But if you’ve just got the weekend, Zadar will more than provide. Here’s our itinerary for the perfect long weekend.

Get there: Zadar’s small airport is a quick nine miles away from the city centre. Catch the frequent shuttle bus to the ferry port or hop in a taxi.

Check into: Boutique Hostel Forum. With a slick modern interior and an enviably central Old Town location, it's great value. There’s more emphasis on the ‘boutique’ than the ‘hostel’ here, with neat, well-designed rooms and knockout views from the top floor.

As Zadar’s popularity has increased, so has the number of rental properties geared towards tourists. You can find super-central, stylish apartments on Airbnb for less than £40 a night. The tourist season officially starts on 1 April but you’ll find great-value rates even over Easter.

Get your bearings: with a wander around the Old Town. The northerly reaches are marked by a stretch of surviving city wall. Skirting these defences is one of the few busy roads on the peninsula – most of the Old Town is pedestrianised, with narrow lanes, wide piazzas and marble thoroughfares all happily car-free. Venture into the Old Town itself by ducking beneath the city’s patron, St Chrysogonus, in stone relief on the grand Port Gate. 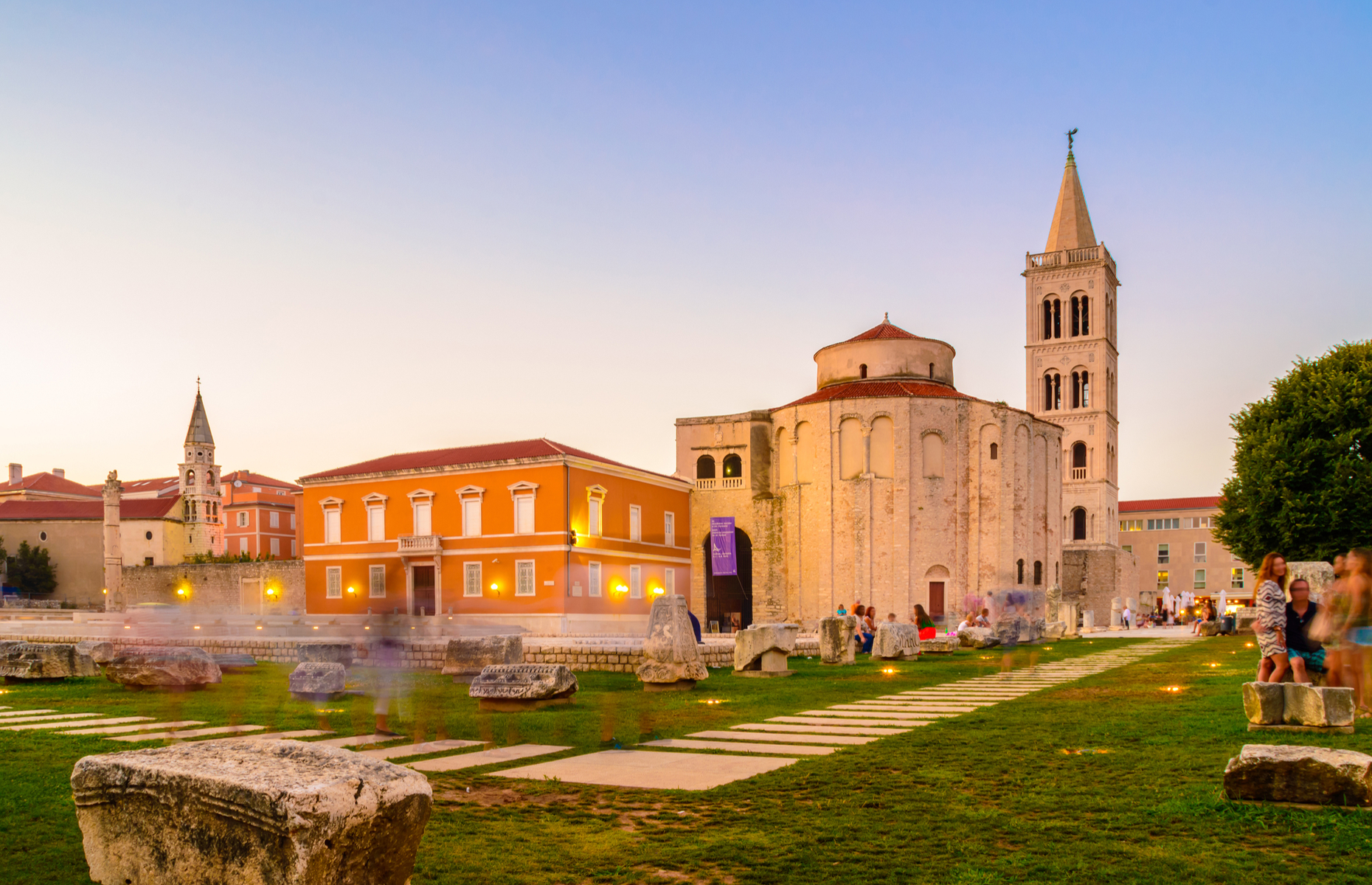 Head along cobbled streets past bakeries and boutiques to Zadar’s centre, dominated by the forum, the attractive Romanesque Cathedral of St Anastasia and the rotund Church of St Donat. You’ll clock plenty of cafés and bars with tables set out at the feet of these landmarks. They’ll make perfect pit stops for an ice cream or something stronger but save these for another night. For now, the other side of the peninsula beckons.

Admire the views from: the sweeping promenade which runs along the peninsula’s south side. The blue of the Adriatic, the wide arc of sky and the merest smudge of land on the horizon combine to create truly spectacular sunsets here. Stay after the sun goes down to see Greeting to the Sun, a solar-powered installation set into the ground, whose tiles light up in a random visual dance come nightfall.

Sip a cocktail at: Cafe Brazil, with tree-shaded tables set just back from this light fantastic and its companion piece, the melodious Sea Organ. Try the local clear-coloured and powerful cherry liqueur, maraschino. You’ll see it promoted in retro ads around town.

Eat dinner at: 4Kantuna, after a short stroll along the embankment and into the heart of the Old Town. This welcoming, modern restaurant does a mean wood-fired pizza but the grilled seafood and creamy pasta with morsels of beef and Zadar truffles are winners, too. 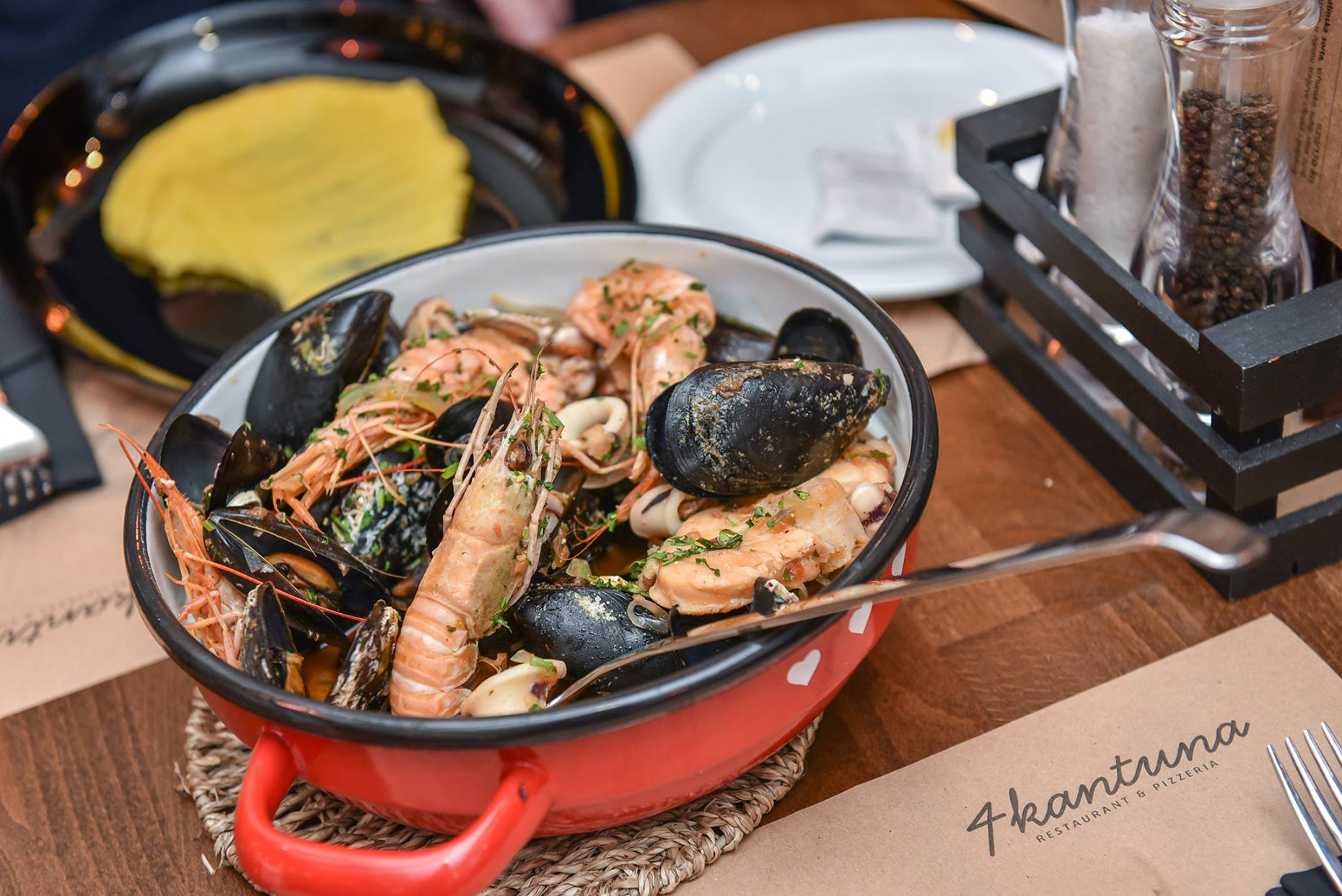 Tour the city’s daily market: It’s one of Dalmatia’s best, nestled in a square just inside the city walls near the Port Gate. Outdoor stalls heave with fresh fruit and veg, locally made salty pag cheese, olive oil and cured meats. Fish and meat vendors are indoors. Enjoy a good browse and stock up for a picnic later.

Climb the cathedral bell tower: for an aerial view of Zadar and glimpses of the small islands in the distance. Pop in to the 12th-century cathedral next door, paying particular attention to the stonemasonry around the entrance, with carved creatures peeping out from behind foliage.

Eat lunch: in the gardens just beyond the forum, overlooking the water. Tuck into a picnic and let any little ones run off some steam in the shady playground.

Visit: the Church of St Donat, a stone’s throw away. In fact, stones from the Roman forum were used in the construction of this strikingly plain, round church, where you’ll be encouraged to stand on a central spot and test out the amazing acoustics. Come summer, these are properly put to the test when the church hosts its Musical Evenings festival.

Almost opposite – by now you’ll be appreciating Zadar’s small size – lies the Gold and Silver of Zadar. Under lock and key in the convent of St Mary’s, this twinkling treasure trove of religious art showcases the dazzling work of local silver and goldsmiths.

Snack on: olives, pršut (home-cured ham) and cheese, alongside a selection of Croatian wine, at La Bodega, an atmospheric wine cellar and bar just steps away from St Mary’s.

Dine: at Skoblar, near the imposing Land Gate and Trg Pet Bunara with its five Venetian wells and tower. This historic spot – the oldest konoba, or traditional restaurant, in the city – is the place to come for Dalmatian beef stew, pašticada and other hearty dishes.

Travel across the harbour: with the old boatmen of Zadar. Residents have been travelling back and forth this way for over 800 years. It’s never more than a short wait before a small boat appears and a few coins make for a memorable trip. Further along the waterfront, there’s also a footbridge connecting the Old Town with the sprawl of the new, useful for bus connections for day trips.

Take the bus: a short distance to the suburb of Borik to spend your final few hours on the beach. There’s little here besides a handful of bars and restaurants so grab a coffee, finish off your picnic provisions and leave for the airport with the sand between your toes.