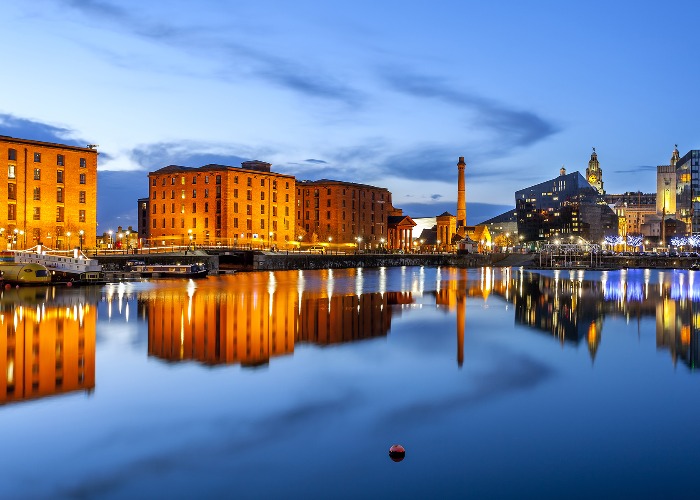 What to do in northern England's most dynamic city.

These past few decades have seen Liverpool basking in the glory of regeneration. Its successful 2008 stint as European Capital of Culture placed the city firmly back on the international stage and today this dynamic northern city is buzzing. A weekend is just enough time to get a taster of how one city manages to be both down-to-earth and forward thinking. It’s an unlikely combination, but in Liverpool, it works.

The city has the most number of listed buildings in the UK outside of London; its waterfront and the vast docks spreading north and south are testament to its history as a booming transatlantic port. Liverpool has a Cathedral “to spare”, an elegant Georgian Quarter and fascinating museums. But it’s far from stuffy. 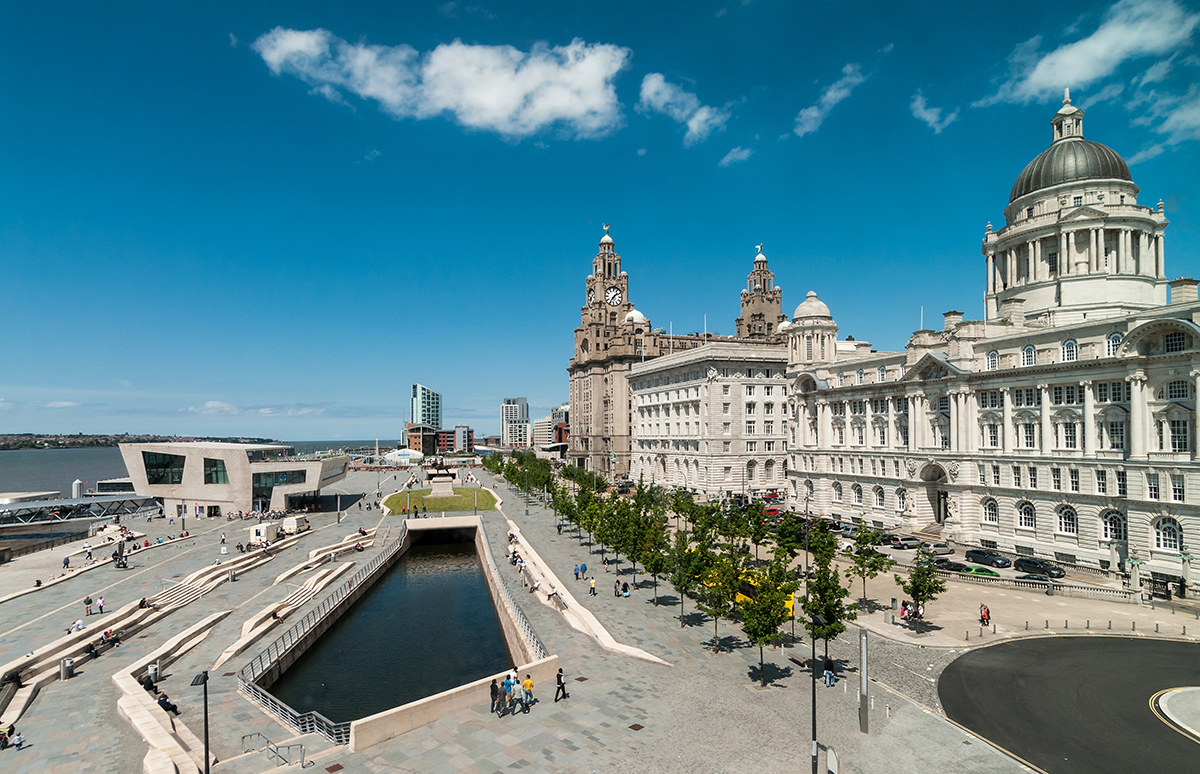 Undeniably a cultural hotbed (check out this site for the latest in the arts), Liverpool is home to world class art galleries such as Tate Liverpool and Walker Art Gallery – and the scene is constantly evolving. Artists and makers have moved into the Baltic Triangle and beyond to push creative boundaries. The city offers cutting edge theatre and music venues, a nightlife that’s second to none and an established, cheeky alter ego with its own glorious scouse accent.

G’wed lad. Nice one. Here’s what to do on a weekend break in Liverpool:

Check-in to: 2 Blackburne Terrace. A lovingly restored townhouse in the fashionable Georgian Quarter, this B&B is our pick of accommodation. Perfect location and handsome rooms aside, you’ll also be greeted by friendly and welcoming hosts who serve an awesome breakfast. 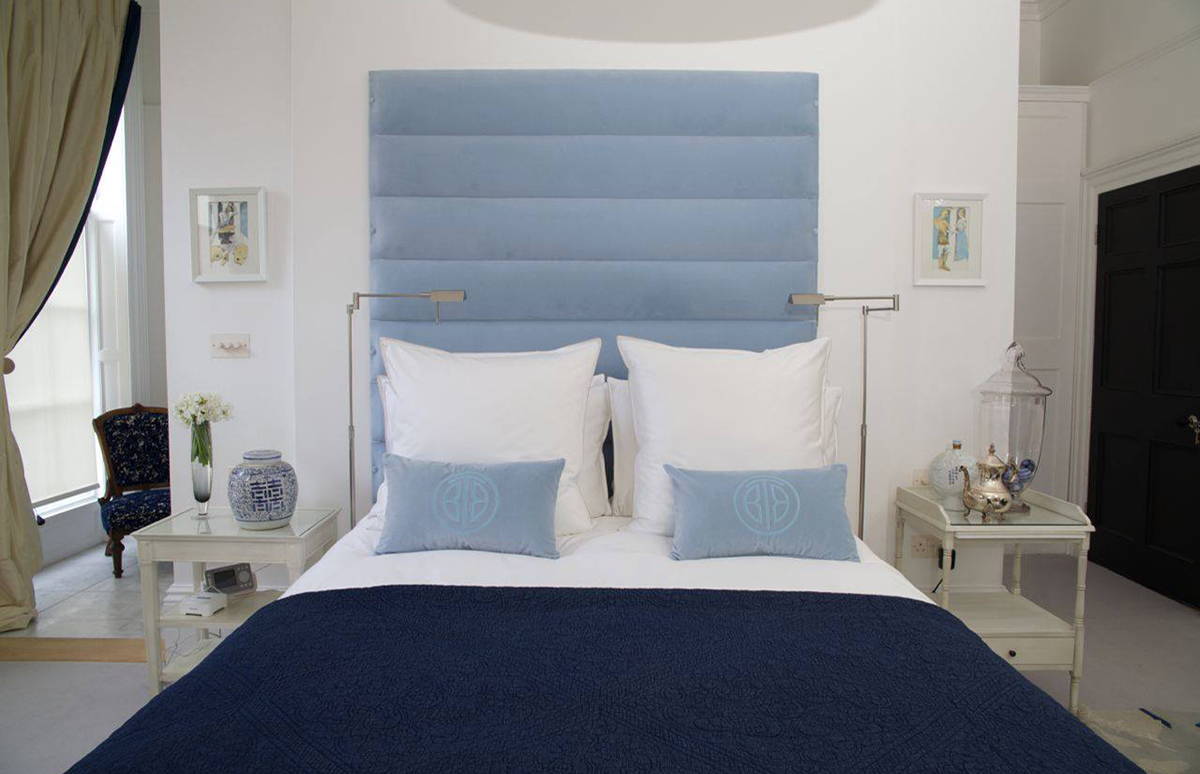 Eat at: The Pen Factory. The chef from the original (and much-lauded) Everyman Theatre Bistro now heads up this this vibrant spot next door. And yes, it’s in an actual 19th-century pen factory. It's the place for low key and sophisticated tapas-style sharing plates that change with the season – plus the drinks list is sublime (think artisan brewers close to Liverpool and small independent wineries). Friday nights are busy, so book ahead.

Catch a show at: Everyman theatre. Steps away from the Pen Factory Bar & Bistro, the Everyman was totally overhauled in 2014 and now offers an uber cool arts space hosting innovative home-grown and touring theatre.

Explore: Liverpool waterfront. The River Mersey made the city what it is and a stroll along the waterfront is unmissable. The Three Graces dominate the Liverpool skyline and are made up of the imposing Royal Liver Building topped by its two Liver Birds (symbols of the city), the palazzo-style Cunard Building and the Port of Liverpool Building at the pier head. We love the views from the 50-minute ferry ride on the Mersey.

Visit: Albert Dock. The regenerated Albert Dock and its iconic warehouses sit at the heart of the waterfront and the museums here are well worth exploring. Pick between Tate Liverpool which rotates its incredible modern art collection – and hosts outstanding exhibitions, for free –  and the fascinating the Maritime Museum, which has the sobering International Slavery Museum on its third floor.

Stop for coffee at: Tate Liverpool. There’s not much choice around Albert Dock for independent coffee shops so plump for a hot drink and slice of cake in the stellar café at Tate Liverpool – or if it’s a warm day there are plenty of outdoor pop ups with ice-cream and cold drinks for sale (and benches to take the weight off).

Shop at: Liverpool ONE. Come here for all the high street and high-end fashion you can shake a stick at (more than 170 shops) and then head towards contemporary crafts and design gallery The Bluecoat Display Centre for a more personal experience. The independent businesses on and around nearby Bold Street are the best place to find hidden gems.

Lunch at: Our Kitchen. A Scandi-style wellness restaurant on the block. Sharing plates with the likes of smoked salmon and boquerónes fillets or parma ham and salami milano, plus veggie- and vegan-friendly Buddha bowls packed with all good things like teriyaki black eyed beans and spinach.

Visit: FACT (Foundation for Art and Creative Technology), which hosts exhibitions, installations and workshops related to modern tech. Plus it shows art-house films on four screens and has a cosy bar perfect for an afternoon tipple.

Dine out at: Izakaya. Once you’ve freshened up back at the hotel, take a cab across town for delicious sushi and sake-themed cocktails on Castle Street, just next to the Town Hall. It has a minimalist feel, all chrome and varnished wood, and the classy Japanese menu has all the classics.

Dance the night away at: Cavern Club. You can’t visit Liverpool without a stop at the iconic Cavern Club. Not the original site that the Beatles played at, but a few doors down where it reopened in the 1980s. Cavern Club (plus the live lounge back stage) still evokes a nostalgic feel with daily Beatles tribute shows and fab live music. 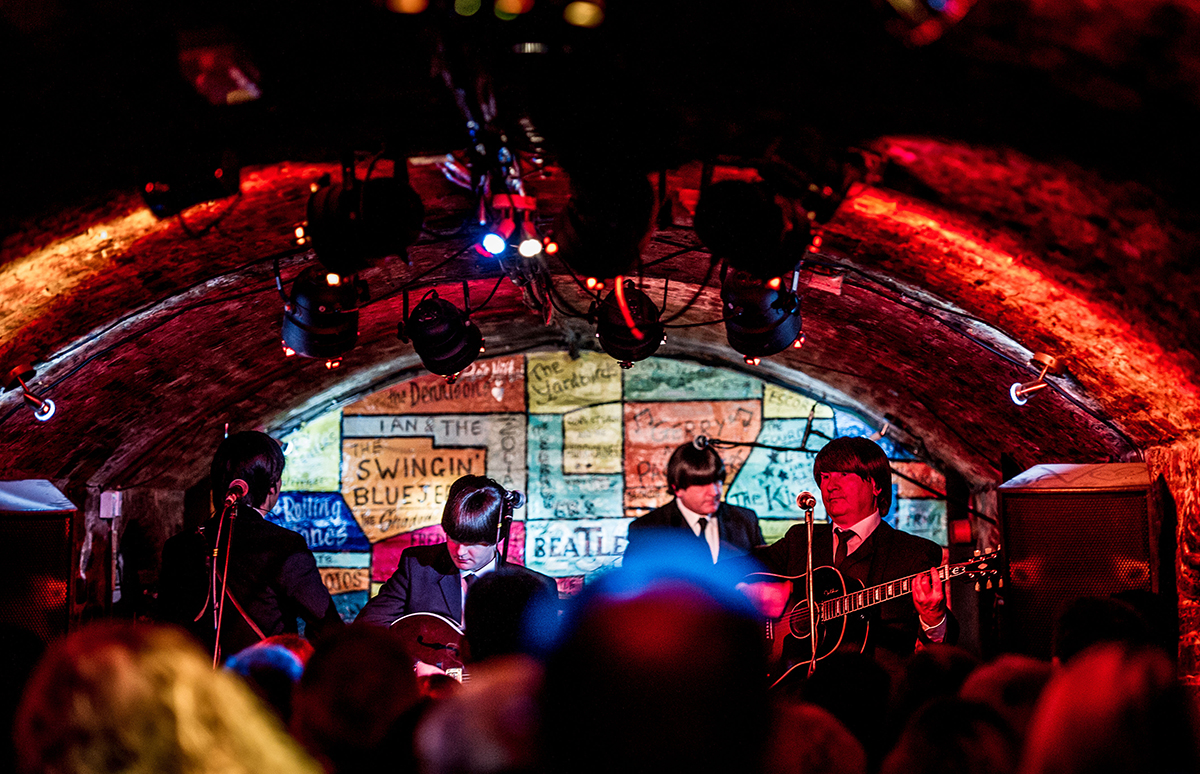 Visit: Liverpool Cathedral. On the edge of the Georgian Quarter is the Liverpool’s mammoth neo-Gothic cathedral, which you’d be forgiven for thinking is ancient, but was only completed in 1978. Not only is it a building of epic proportions (it’s the world’s fifth-largest cathedral) but it has a unique cultural feel with modern art by Tracey Emin a highlight. Climb the tower to see the Metropolitan Cathedral, the city’s other main holy building just up the hill.

Stop for coffee at: Baltic Market. This marketplace of independent food traders opened in trendy Baltic Triangle last year and Liverpudlian hipsters flock to the coffee van here for the best silky flat whites and a buzzing atmosphere.

Explore: Baltic Triangle and Chinatown. Baltic Triangle is the city’s creative quarter, where disused warehouses have been converted into studios, shared workspaces and music and art spaces. Take a wander and you’re bound to find a gig or poetry slam or exhibition showing. Divert through the oldest Chinatown to Europe to see its ceremonial arch from Shanghai.

Have Sunday lunch at: 60 Hope St. A Grade II-listed building housing a longstanding brasserie that consistently serves great modern British cooking. A roast dinner here might be a fillet of beef or saddle of lamb, but it will always be delicious and paired with a lovely ale or glass of wine from its small list.

Have an afternoon drink at: The Belvedere Arms. A small and perfectly formed boozer tucked away on a tiny Georgian Quarter sidestreet. Great ales and an exciting gin list make it the perfect place to toast a weekend in Liverpool.

If you have a little extra time, visit: Crosby Beach. Make a trip out to Crosby Beach to see the world-famous Gormley statues – more one hundred life-size cast iron statues lapped by the ebb and flow of the tide. Without a car, you’ll need to catch the train from Liverpool Central or Moorfields out to Blundellsands and Crosby station.