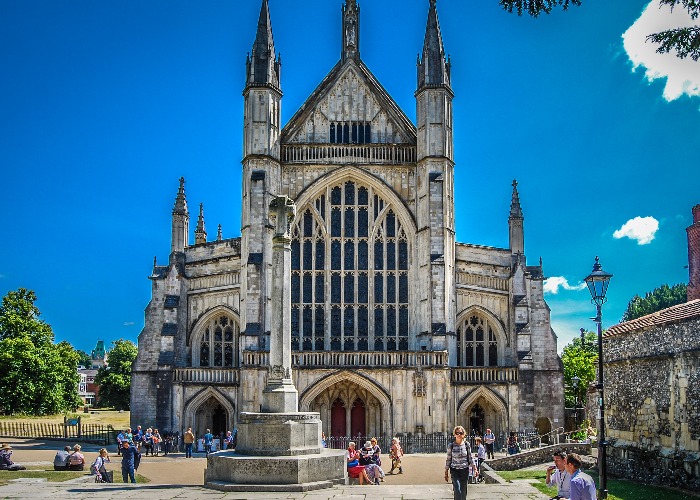 The former capital of England is entrenched in history. One hour from London, most people flock to see the famous 11th-century cathedral and King Arthur’s Round Table, but there’s so much more to this southern English city.

Whether you’re an aspiring historian or just want to escape to the country, Winchester is a compact, walkable city with buckets of charm.

Literary connections abound here, with a ‘Keats Walk’ tracing the footsteps of one of the country’s finest poets through the city that inspired his ode To Autumn, and Jane Austen’s final resting place can be found in the stunning cathedral grounds.

Plus, sitting on the outskirts of South Downs National Park, there’s greenery galore. Here are our favourite things to do in Winchester over a weekend.

Check-in to: Winchester Royal Hotel. It may be a 16th-century building but it's chic and modern with an excellent location. Just 10 minutes from the train station and just a stone’s throw from the cathedral and other main attractions, it’s in the centre of all the action.

Eat at: Rick Stein. Stunning seafood and fish dishes from the celebrity chef are served in his first restaurant outside of Cornwall. We recommend the set menu which is varied and fairly priced, vegetarian options are just as delicoius. Dont miss the chargrilled sardines with coarsely chipped green herbs to start.

Have a tipple in: The Wykeham Arms. Stroll past Jane Austen’s yellow fronted house and onto this 18th-century coaching inn. The light filled bar is adorned with tankards and exudes history and character; it feels as if Austen could almost be there writing away by the fireplace.

Explore: Winchester Cathedral. Dedicate your morning to learning a little history. Start at the cathedral, which has the longest nave in Europe and a breathtaking antique library. Built on the site of an early Christian church, it has 1,500 years of history behind it and you can take a guided tour to get the best overview. Don’t miss Antony Gormley’s sculpture Sound II in the crypt. 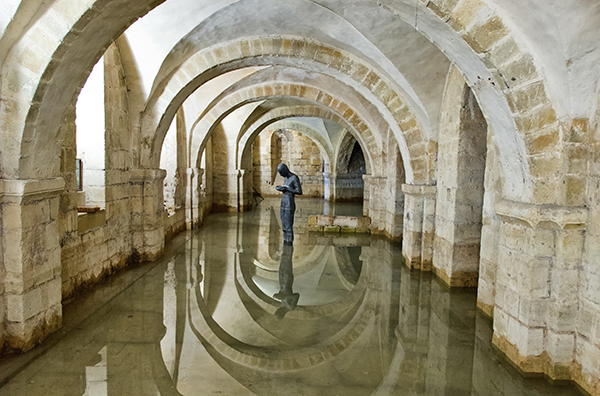 Stop for a drink at: Chococo. An indulgent stop, this popular independent café on the high street is brimming with goodies to eat on site or takeaway for later. The hot chocolate is stand-out, but the locally sourced Moonroast coffee & CHAR teas pair perfectly with homemade cakes.

Visit: The Great Hall. This 13th-century hall is all that remains of Winchester Castle and is where King Arthur’s legendary Round Table hangs on the wall. The medieval gardens in the grounds make for a pleasant morning stroll.

Eat lunch at: Copper Joes. A great spot for lunch with a wide selection of light bites, from sandwiches to scrambled eggs on toast with salmon, plus a variety of delicious homemade cakes. Close to The Great Hall, it’s pleasing alternative to the usual high street chains.

See: a medieval almshouse. The Hospital of St Cross is one of England’s oldest continuing almshouses and to this day provides accommodation for 25 elderly men, known as ‘brothers’. Sitting nearby the serene water meadows, alongside the River Itchen, it starred as a location in the TV series ‘Wolf Hall’.

Dine out: at the Chesil Rectory. This is the place for a truly memorable meal in Winchester. Dating back to 1425, it’s set in the oldest commercial building in the city. Deer-antler chandeliers hang from the ceiling and thick wooden beams make it a romantic setting. All dishes are crafted with locally-sourced ingredients; the lobster bisque is a particular highlight.

See a play: at the Theatre Royal Winchester. In 2014 Theatre Royal Winchester celebrated its centenary. With an Edwardian-style auditorium and contemporary fittings, the theatre is renowned as one of the most beautiful in the south. Previous shows include classics such as The Importance Of Being Earnest, but children get a look in too with shows like Peppa Pig’s Adventure. Stop for a glass of local wine on the way back to the hotel at award-winning, Grade-II-listed pub The Old Vine.

Treat yourself: at the market. Winchester excels when it comes to markets: there’s at least one a week, usually on Sundays. On the second and final Sundays of each month, Winchester farmers’ market hosts over 80 of Hampshire’s top producers. Grab a buffalo burger to nibble on while walking around.

On the third Sunday of the month, the art and design market comes to town where you can pick up anything from glass and metal crafts to photography and needlework. The first Sunday of the month sees the vintage market arrive, with an eclectic mix of antiques and retro homewares.

The high street also has some independent boutiques worth exploring too, as well as the usual chain stores and a few designer showrooms.

Lunch at: The Black Rat. Currently one of only two Michelin-starred restaurants in Hampshire, The Black Rat grow and forage much of the ingredients on the menu. With a seasonable menu, locals return regularly so advance booking is advisable. Past highlights have included beef tongue and cheek, and veal brain.

Drink in: The Black Boy. This self-styled ‘back-street boozer’ is one of the most popular pubs in town. The staff are welcoming and the décor somewhat eccentric – think vintage booze bottles filled with unidentified liquid hanging from the ceiling and wall of old red buckets. With five locally-brewed ales on tap alongside a fine selection of French wines, it’s the perfect place to recap on the weekend.