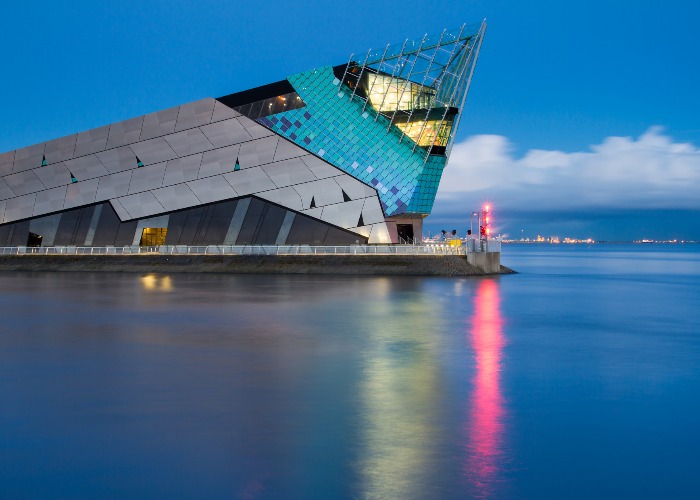 We investigate what Hull has to offer beyond its 2017 City of Culture status.

The former northern powerhouse of Hull (officially Kingston-upon-Hull) shrugged off more than a few sniggers of disbelief when it beat Dundee, Swansea and Leicester to the 2017 UK City of Culture title – but the maritime city has had the last laugh.

Visitor numbers have skyrocketed, with one million people crossing the threshold of Ferens Gallery, Hull Museums and Hull History Centre in just the first eight months. But will the boom have a lasting impact on the city… and is there any reason to visit now it’s nearly all over?

Here’s why you should still head to Hull for a weekend break.

From now through to December is the fourth “season” of the year, Tell the World, which brings theatre and live performance, literature, visual art, festivals, spectacle and more, including a new play from stage, movie and TV actress Maxine Peake and a John Godber world premiere.

And don’t forget that the new UK City of Culture doesn’t take up the mantle until 2021 – there’s still three years of world-class programming to come. Plus Hull is limbering up for longer-term change by setting up a permanent national arts organisation in the city.

2. The Turner Prize has come to town

The prestigious annual visual arts prize is exhibited outside London every other year and 2017 sees Hull’s very own Ferens Art Gallery play host to the glitz and glamour – and controversy – associated with the prize.

The multi-million pound refurbishment of the city centre art gallery is itself a great example of the long-term impact of the City of Culture; the permanent collection includes Canaletto, Henry Moore, David Hockney and a dazzling rare early Renaissance painting by Petro Lorenzetti. The four shortlisted Turner Prize artists are Hurvin Anderson, Andrea Büttner, Lubaina Himid and Rosalind Nashashibi; the exhibition is open to the public until 7 January 2018.

From the marina to the Old Town and Museums Quarter, change is in the sea-salty air. A £25 million facelift has seen the redevelopment of Queen Victoria Square (kids love the “dancing” fountains) and the installation of the glorious mirror pools in front of the re-dedicated Hull Minster.

Hull’s historic Fruit Market area (close to the city’s two rivers) has been rebranded the cultural and creative quarter; cool cafés, bars and art galleries have opened in the disused warehouses.

Add some fancy new hotels to the mix (Hideout opened in summer 2017, and DoubleTree by Hilton is taking bookings from March 2018), and it’s clear that Hull’s stint as Capital of Culture has enabled major development.

Hull has two world-class theatres: Hull Truck is a superb example of a one that is both innovative and accessible. It reopened in an award-winning contemporary building in 2009 and was the flagship venue for City of Culture status.

The recent £16 million refurbishment of the opulent Hull New Theatre means that the Royal Ballet, Opera North, National Theatre and West End musicals can include the city of Hull in their programming.

5. There are tonnes of top-notch festivals and events

Hull’s flagship Freedom Festival is growing each year, celebrating freedom and the legacy of William Wilberforce – who was instrumental in the abolition of slavery – with spoken word, dance and music.

The one-day Humber Street Sesh honours home-grown talent (The Housemartins and Beautiful South both hail from Hull) and stages over 200 acts. In November, the Britannia Royal Hotel hosts the Hull Noir crime fiction festival, with screenings at Hull Independent Cinema, and the Hull Jazz Festival celebrates its 25th birthday with a nine-day special addition to its usual summer event.

Year-round, Hull City Hall is on hand with musicians and comedians including Jake Bugg, Imelda May, Erasure, Greg Ryan, Katherine Ryan and the Royal Philharmonic Orchestra – and watch this space for the 2018 grand opening of Hull Venue, a vast arts, music and events complex that will have space for 3,500.

6. UNESCO World Heritage status is on the cards

Hull’s historic Old Town retains its medieval footprint with a street plan around the original port area. Its cobbled streets boast some of the city’s oldest pubs, including The George (1683) on the curiously named Land of Green Ginger Street (look closely to spot “England’s smallest window”, a slit in the wall by the pub entrance). Hull city council has revealed plans to develop the Old Town as a UNESCO World Heritage site.

7. Local people are at the heart of change

Every school child in Hull has engaged in a City of Culture arts project. An army of trained blue-coated volunteers have welcomed visitors, collected data and supported events and festivals behind the scenes. Local independent businesses have taken a chance and opened cafés and bars in once-empty units.

This new-found confidence and pride in their city doesn’t just disappear when the year ends: the tongue-in-cheek Hull City football chant “You’re only here for the culture” is starting to sound a little less self-depreciating.