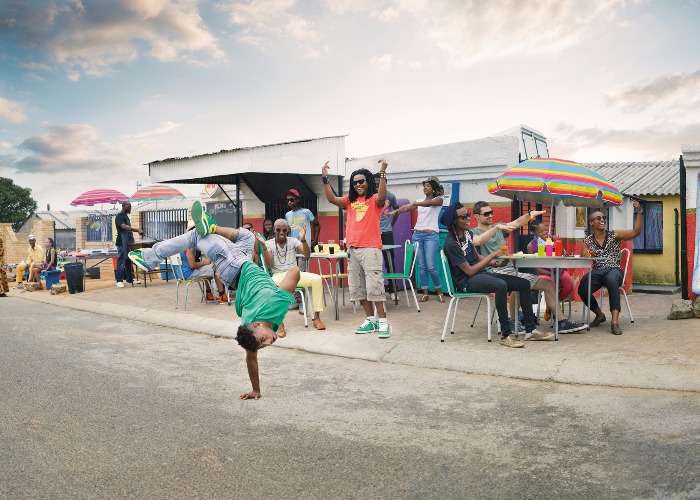 Moving and inspiring all at once, Soweto is an essential for any visitor to Johannesburg. Lottie Gross hit the streets in a three-wheeler to find out why.

Rumour has it there’s a wedding happening today and our guide Lungile reckons we’re invited. I’m currently clinging on in the back of a tuk-tuk zipping along the roads of Johannesburg’s southwest townships.

Each street seems to have something of a party atmosphere. “It’s the first Saturday of the month, so everybody is celebrating payday,” Lungile tells us as he makes a drinking gesture with his hand and flashes a cheeky grin. It’s true, though, as we drive past brick bungalows set back from the road, people are in their driveways, music blaring from their parked cars, sharing beers with their neighbours. This is my kind of community. 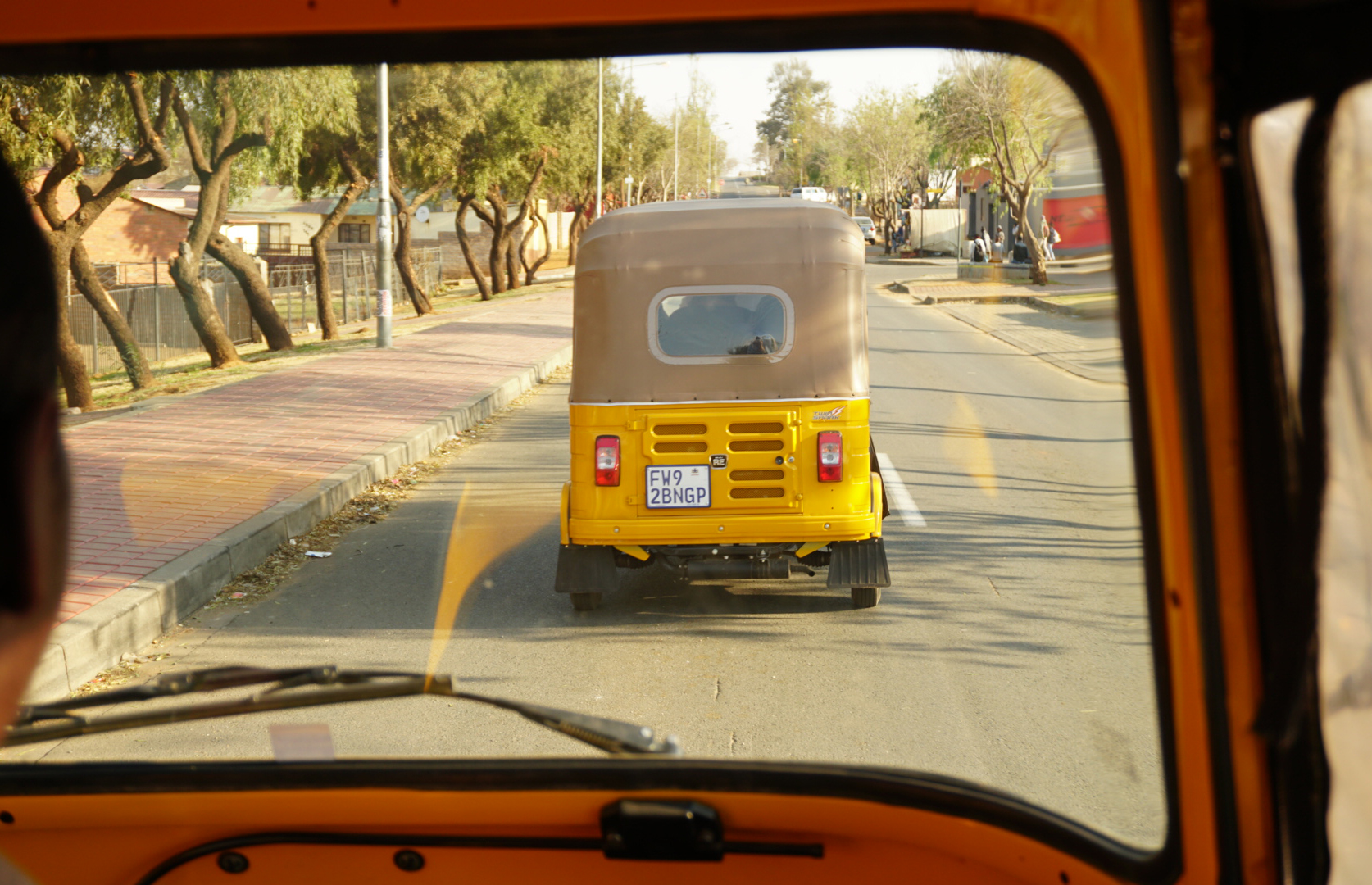 Soweto, as it’s known for short, is southwest of Johannesburg’s centre and feels like an entire city in its own right. There are a total of 29 townships within Soweto, each formed at different times during the early 1900s, when thousands of migrants of varying nationalities and races came to the city to work in the gold mines.

They’re a product of racial segregation at the hands of white businessmen and leaders, explains Lungile as we now stand on a hill overlooking the seemingly endless sprawl of residential streets, our tuk-tuk parked on a grass verge. When the people descended on the city to mine gold, those in charge forced them out of the centre and into accommodation with less-than desirable living conditions. Soweto began as a small settlement called Klipspriut in 1905, but today there are over 1.3 million people living here.

I can see two power station cooling towers – one covered in bright murals and the other painted with an advert for a telecoms company – on the horizon, which meets a glorious clear blue sky. It’s winter in South Africa right now (in August), but the days are dry and warm enough for just a t-shirt – one of the many reasons this city makes for a brilliant escape from a disappointing English summer.

Lungile is passionate about Soweto, having grown up here and now leading tourist groups in his three-wheeled vehicles. He acknowledges the horrific things that happened here, but speaks excitedly about Soweto’s renewed energy and positivity. It’s infectious, and despite the harrowing history lesson, I get back into the tuk-tuk feeling excited to learn more.

The wedding, he says, is just around the corner, and sure enough as we turn left onto a wide residential street I can hear music. There’s a marquee set up in the middle of the road, tables with flower arrangements and balloons tied to the backs of plastic chairs. People are drinking beers out of tins and I can smell a braai (barbecue).

I step gingerly out of the tuk-tuk and follow the group up to the party. I catch an elderly woman’s eye as we stand sheepishly, failing to be inconspicuous. She grins and darts over, arms open, and embraces me with the kind of warm, encompassing hug only grandmothers can give. She’s dressed all in black, and it quickly transpires this isn’t a wedding at all – it’s a funeral, of sorts.

“This is a memorial unveiling,” explains Lungile. “When a few years have passed and the worst grief is over, the family have a memorial stone carved for them and hold a party to celebrate that person’s life.” The elderly woman, it turns out, is the widow.

No matter how carried away I get with the celebrations, though, Soweto has a way of grounding me at every turn. I’m swiftly brought back down to Earth by the injustice that’s still rife today.

We move on from the party and travel through a hostel area – where men from the mines were once housed in close quarters, without proper sanitation or electricity. The story here is still one of struggle – the people who live here now, entire families, are still without basic living standards. The roads aren’t paved like most in the township we’ve travelled through, and homes are small, side-by-side dwellings hardly fit for one, let alone a family of four or five.

The government finally decided to redevelop this area a few years ago, and just around the corner we visit the clean, modern apartment blocks built to rehouse people in the hostels. The apartments, many years after completion, remain empty: rent for these homes has been set at an unaffordable rate, so no one from the hostels has moved in and no one knows what will happen next. 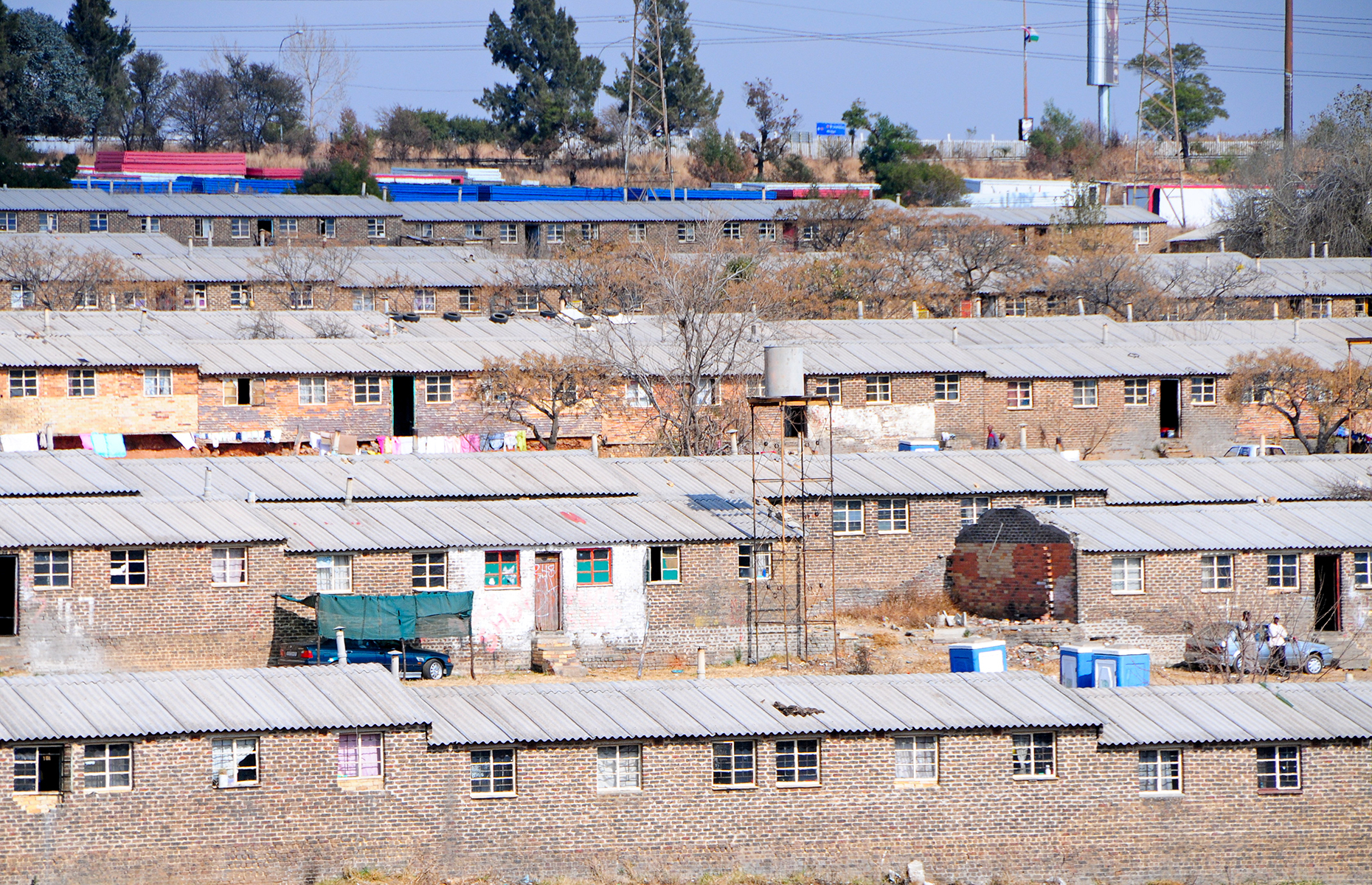 It’s here, in the hostels, where kids gather to listen to Lungile give us our next history lesson, that he speaks most eloquently about learning from the past and building a better future through education. I wonder if it’s more for the children hanging around than it is for us – it feels more like a motivational speech than a lecture, after all.

Some might regard this part of the tour as voyeuristic – on a similar level to the slum tours in Nairobi or favela tours in Rio de Janeiro that are popular with travellers – and I do feel a little uncomfortable. Yet this is all a part of the story of Soweto, and to leave it out would be another injustice altogether.

As we drive onward, Lungile waves to people he knows – there seems to be one on every corner – before we stop at the Hector Pieterson Memorial. This museum and outdoor installation was created to remember the victims of police brutality at the 1976 student protests against the use of Afrikaans in schools. It’s a disturbing story, recounted by a solemn Lungile, juxtaposed with other visitors snapping smiling selfies by the signage.

Around the corner, Soweto’s most famous street – Vilakazi – is where all the action happens. Loud music finds its way out of the bars and vibrates through the street, a car wash is buzzing with locals, pop-up stalls selling carved elephants and colourful prints line the road, and restaurant terraces thrive with happy, hungry people.

Vilakazi was home to two Nobel Laureates: Desmond Tutu and Nelson Mandela, whose home we visit in a moving finale to the tour. Now a museum remembering his life’s work, it’s a small, red-brick house with just four rooms.

It might be modest, but lining the walls are photographs of Mandela with various world leaders and celebrities, and on surfaces and in cabinets all around are the many awards and honorary degrees he was given during his lifetime.

This small home, to where he returned after long imprisonment and where his wife, Winnie, was kept under house arrest, is filled with the huge achievements of a brilliant leader. It’s also a perfect finish to our tour: Mandela’s determination and positivity, evident throughout his life story, is clearly embodied in the places and people we have met all over Soweto.

It’s a grounding yet uplifting place, and an essential destination for anyone wishing to understand South Africa that little bit better.

You can book tuk-tuk tours through Lebo's Soweto Backpackers. Lottie was hosted by the South African tourist board and stayed at Hallmark House in Maboneng. For more information on Soweto, Johannesburg and travelling in South Africa, go to southafrica.net.