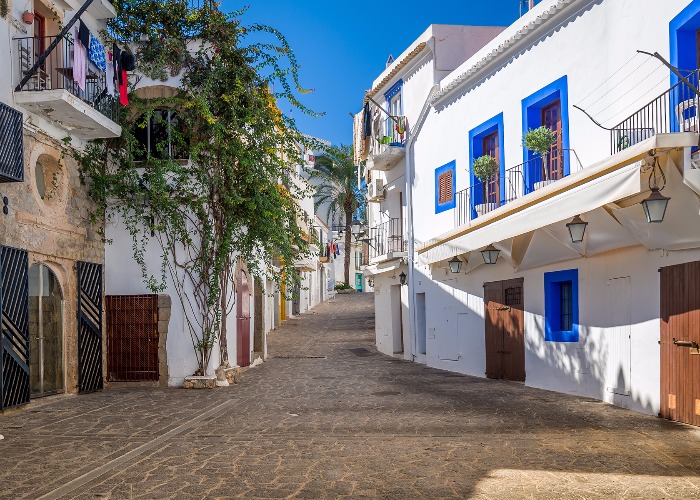 There's more to this island than all-nighters and expensive cocktails

Universally renowned as the party capital of the free world, Ibiza is synonymous with international DJs, megaclubs and A-list beach parties. Record numbers of 18-30 year-olds descend on the island each summer in search of wild times, but scratch the surface of this hedonistic haven and you'll find plenty for the more mature traveller too.

1. It's crammed with Balearic history & culture

There's more to Ibiza than beautiful beaches and banging tunes. The island capital, Eivissa (Ibiza Town), is jam-packed with culture and ancient history. At the centre is the Unesco-protected Dalt Vila, a walled hilltop fortress built by the Phoenicians in 654 BC. Explore the narrow, cobbled streets and rugged stone bastions lined with hole-in-the-wall tapas bars, dusty wine caves and chic alfresco restaurants.

The island even has its own Stonehenge. Australian artist, Andrew Rogers created Time and Space, a contemporary art installation of 13 basalt columns perched on the cliffs at Cala Llentia. 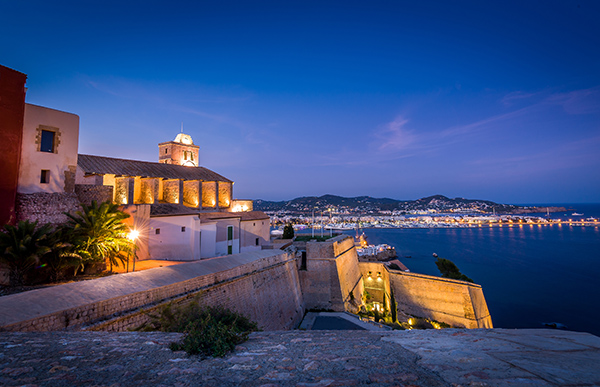 2. There are beautiful beaches and secret coves aplenty

Ditch the packed sands of Playa d'En Bossa, hire a car and check out some of the island's hidden beaches. Ibiza's 125 miles of coastline is studded with shimmering aquamarine bays and sugar-soft sandy coves.

Moments from San Antonio is Cala Salada, a quiet bay popular with the local crowd and a short stroll from the Bronze Age cave paintings at Ses Fontanelles. For complete solitude, head to Cala Llentrisca near Es Cubells. This craggy unspoilt beach with glassy waters and a protected reef can only be reached by boat or via a rocky path, so it's rarely sullied with the post-clubbing crowd. 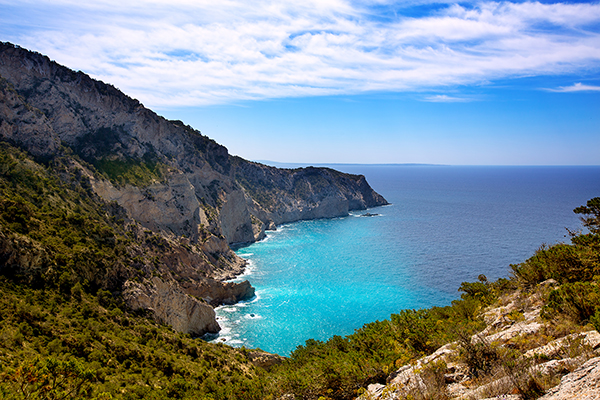 For an alternative way to work up a sweat (other than throwing shapes in Amnesia) hire a bike and explore one of the 30 or so cycling trails which criss-cross the island.

Hardened pedal-spinners should try the 25-mile Cala Sant Vicent route in the north, where a stiff 3,000ft ascent promises some of the best views on the island. 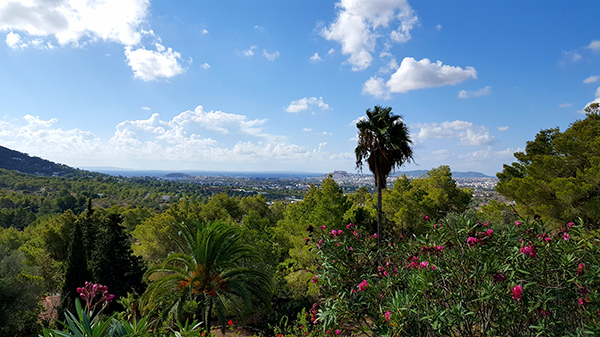 4. It's the birthplace of the all-day beach party

Not all visitors to the White Isle come to dance 'til dawn at a super club. However, the more mature visitor can still bust a groove at an all-day party at one of Ibiza's famous beach clubs, and still be in bed at a reasonable hour. Top billing goes to the Blue Marlin on Cala Jondal, which has a roll-call of top name DJs throughout the summer.

The exclusive Km5 bar and restaurant is set away from the beach in beautiful palm and orange tree-lined gardens. Guests lounge on floor cushions in Bedouin tents, puff on shisha pipes and listen to chilled out tunes by top-notch resident DJs.

5. ...and home to the world's best nightclubs

Just because there's a few years on the clock, doesn't mean the post-thirties crew are tucked up in bed with a Horlicks by 10pm. For the uninitiated older clubber, perhaps swerve the neon bars and mega-clubs of San Antonio and Playa d'En Bossa and head to Pacha, the island's oldest club.

Opened in 1973, Pacha is a warren of white-washed dance rooms and terraces, and attracts some of the best DJs in the world. David Guetta's legendary F*** Me I'm Famous night is one of the most popular on the island. While Monday night's Flower Power set embraces Ibiza's bohemian legacy with classic tunes from the Sixties and Seventies.

6. It has a wealth of stylish hotels and spas

As the more mature traveller tends to have deeper pockets than the young and restless, they can afford much more than a ropey old bunkhouse in San Antonio. Stay close to the action at the five star Gran Hotel in Eivissa, a short saunter from Pacha, Dalt Vila and the waterfront.

Or sample one of the stylish agroturismos in Ibiza's rural interior. Can Curreu is a sprawling white-washed finca with a chic spa and upscale restaurant near San Carlos. Atzaró near San Lorenzo is a boutique bolthole surrounded by orange and olive groves, with muslin-draped rooms, a swish restaurant and a stunning open-air spa.

7. ...and has an enlightening gastro scene

For many, Ibizican cuisine is limited to all-day English breakfasts and midnight kebabs. But in the last few years, the island seems to have found its appetite. Trendy beachfront haunts like El Chiringuito and the Cotton Beach Club have popped up, as well as rural establishments like La Paloma, a rustic Italian restaurant in San Lorenzo.

For an off-the-scale dining experience head to Sublimotion by Paco Roncero at the Hard Rock Hotel in Playa d'En Bossa. With prices aimed at holidaying oligarchs, the two Michelin starred chef offers a “life-changing” tasting menu for a mere €1500 a head.

8. The island's magnetic attraction is a Mecca for zen warriors

After a week of sun and sangria, restore some equilibrium with a little self-reflection. Ibiza has a long spiritual history and in recent years has become a Mecca for the yoga set. Es Vedra, the dramatic limestone rock island near Cala d'Hort, is the world's third most magnetic point after the North Pole and the Bermuda Triangle.

Imbibe some of the island's spiritual energy on a yoga or meditation retreat by Ibiza Retreats. Or invest in the Body Camp, a full body, mind and spirit overhaul amidst olive and citrus groves in the north of the island.