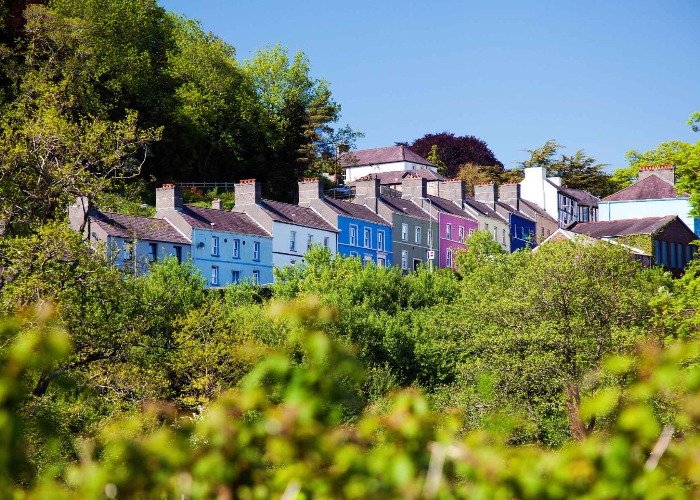 From its historic Dinefwr Castle to popular events including Llandeilo Festival of Senses, there are plenty of highlights on a visit to pretty Llandeilo in Carmarthenshire, south-west Wales

Everything about the rural market town of Llandeilo in Carmarthenshire, situated to the west of Brecon Beacons National Park, is sublime – from its swatch-card-coloured Georgian houses and narrow roads surrounded by farmlands that follow the curves of the River Tywi to its historic castle and cute independent shops and cafés. In Llandeilo, you’ll find creativity in abundance, from homemade chocolate shops and chalk paint workshops to literary festivals and antiques fairs. It’s also become a popular filming spot, with movie Six Minutes To Midnight starring Dame Judie Dench shot here, as well as TV shows including The Light In The Hall.

Llandeilo’s Dinefwr Castle helped birth Welsh culture, music and poetry, while the town's restaurants celebrate the traditions of farm-to-fork cuisine. It’s little wonder Llandeilo was named the best place to live in Wales by the Sunday Times in 2022.

Here’s what to see and do there.

The 12th-century hilltop Dinefwr Castle, surrounded by woodland on the outskirts of Llandeilo, was once one of three strongholds within 10 miles of each other that formed the Kingdom of the Deheubarth – ruled by native Prince of Wales the Lord Rhys, who helped establish the Welsh language, bardic (or storytelling) traditions and launched the first ever culture and language festival, National Eisteddfod.

Rhys also founded the nearby Talley Abbey, meaning the area around Llandeilo became a significant hub for religion. Within Dinefwr’s 800-acre estate is the Gothic Newton House, named one of the National Trust’s most haunted properties due to strange ghostly sightings. The castle’s grounds are also home to the only parkland national nature reserve in Wales, which includes an 18th-century deer park. 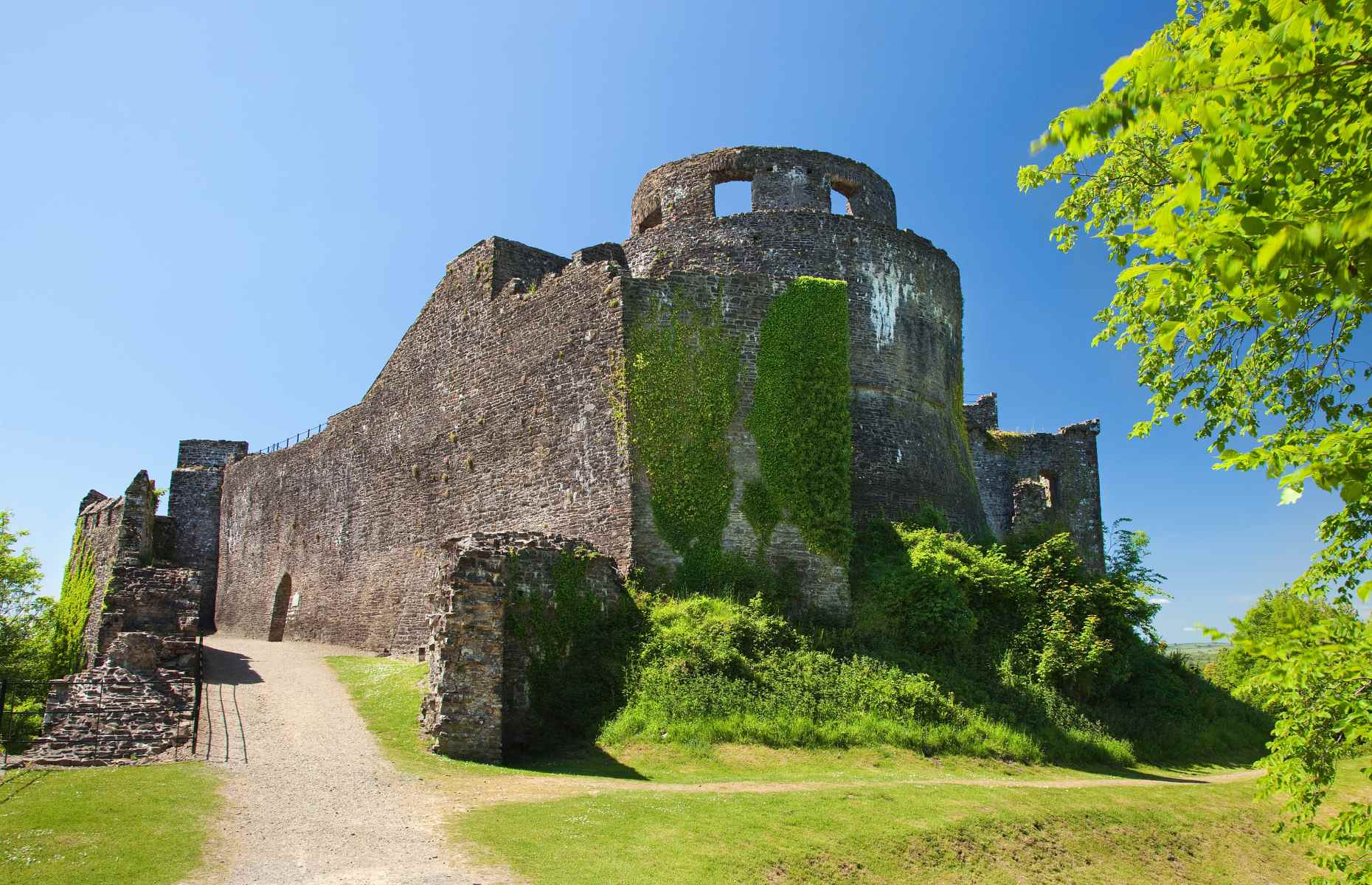 Nearby Dryslwyn and Carreg Cennen castles are also Kingdom of the Deheubarth strongholds, and the former, which saw a significant conflict between Welsh and English forces in the 1200s, can be seen from Dinefwr’s majestic hilltop. Below the castle is the River Tywi, ideal for paddle-boarding and fishing.

Carreg Cennen Castle (pictured below) was voted Wales’s most romantic castle by Countyfile Magazine readers due to its panoramic location perched high above a 300-foot-high limestone cliff, and such is its beauty that Turner was inspired to paint the castle on numerous occasions. It’s also the stuff of legend: the story goes that a warrior sleeps beneath the castle, awaiting a call from the Welsh. Visit the castle to enjoy incredible views of the Carmarthenshire countryside and see Cennen’s natural caves.

READ MORE: 13 glorious British castles you can actually stay in

Llandeilo is a hub for family-run boutiques and independent shops, and it’s not unheard of to see stars who film in the area, like Dame Judi, shopping here. Eve’s Toy Shop is popular for children’s toys, while you’ll also find high-end clothing and homeware brand Toast, which originated here before expanding internationally, as well as various women’s fashion brands such as local favourite The Lighthouse. Regional artists are displayed in local art galleries and the Llandeilo Antique Fair runs every month in the Civic Hall.

Don’t miss Heavenly Chocolate Emporium, a chocoholic’s paradise set within a Victorian-styled store and opened by multi-award-winning chocolatier Tracey Kindred. Everything is handmade on the premises, including chocolate spoons and bars with flavours such as dark chocolate with nuts; plus cakes and ice cream made from Welsh milk and cream, and all gifts are wrapped with cute red bows. 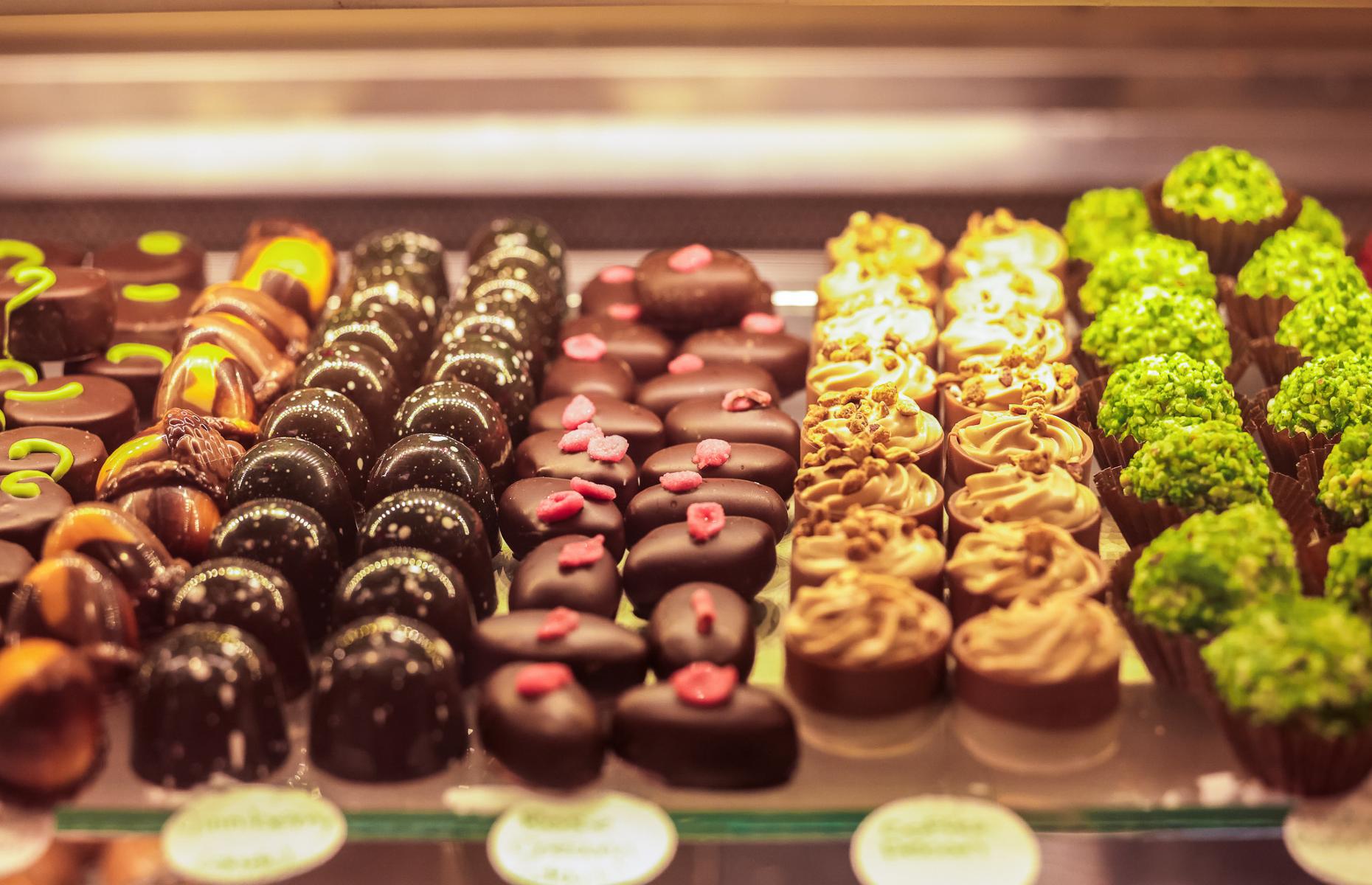 Aberglasney Gardens near Llandeilo has star quality, having recently featured in hit Sky Original TV show A Discovery of Witches. Visitors can roam the 10-acre estate and discover 20 different garden styles, such as the Bishop Rudd’s Walk, featuring woodland plants rarely seen in the British Isles, and the UK’s only surviving example of an Elizabethan cloister garden which features a three-sided arcaded path.

Nearby, the National Botanic Garden of Wales’s Norman Foster-designed Great Glasshouse brims with Mediterranean plants, and there are also waterfalls, woodlands, two Regency lakes and a Birds of Prey Centre in the Garden. It’s also the first botanic garden to become a Dark Sky site, and stargazing events can be booked.

Throughout the year, Llandeilo hosts creative and festive events, such as the Llandeilo Lit Fest, a two-day programme featuring Welsh authors, songwriters and poets that takes place every April. Expect workshops, literary talks, readings and more.

Then each November, the Festival of Senses kicks off with a Santa’s sleigh ride, followed by a lantern parade and carol singing. You can also meet Santa, watch music and firework performances and shop at craft and food stalls.

A post shared by Llandeilo Festival of Senses (@llandeilofos)

5. Hike the nearby Brecon Beacons

Llandeilo sits on the westernmost edge of Brecon Beacons National Park, and its hike to Y Garn Goch (roughly 6km from the car park starting point) brings visitors to one of the largest Iron Age hillforts in Wales, which, 2,000 years ago, would have been a thriving centre where people worked, lived, farmed and traded goods.

The Little Welsh Dresser is a multi-award-winning store, specialising in interior decorations and homeware gifts. It also offers workshops teaching visitors how to paint and wax furniture with chalk paint. Sessions cost £30 and take place in the back of the premises, where you’ll learn how to revamp a piece of furniture you’ve brought from home.

A post shared by The Little Welsh Dresser (@thelittlewd)

You can’t leave Llandeilo without sampling the local produce. The Hangout is best for coffee and brunch, with a “seed-to-plate” approach. Their #Vodkaisnotmyfriend dish – a recreation of a traditional British breakfast – is ideal for anyone nursing a hangover.

Meanwhile, newly opened café Flows (pictured) is an intimate space for warm hot chocolates and a light breakfast of smashed avocado and poached eggs. On the high-street, the Cawdor Hotel is the spot for fine dining, with an a la carte and brunch menus. Sweet-toothed visitors shouldn’t miss its traditional sticky toffee pudding – it comes highly recommended! 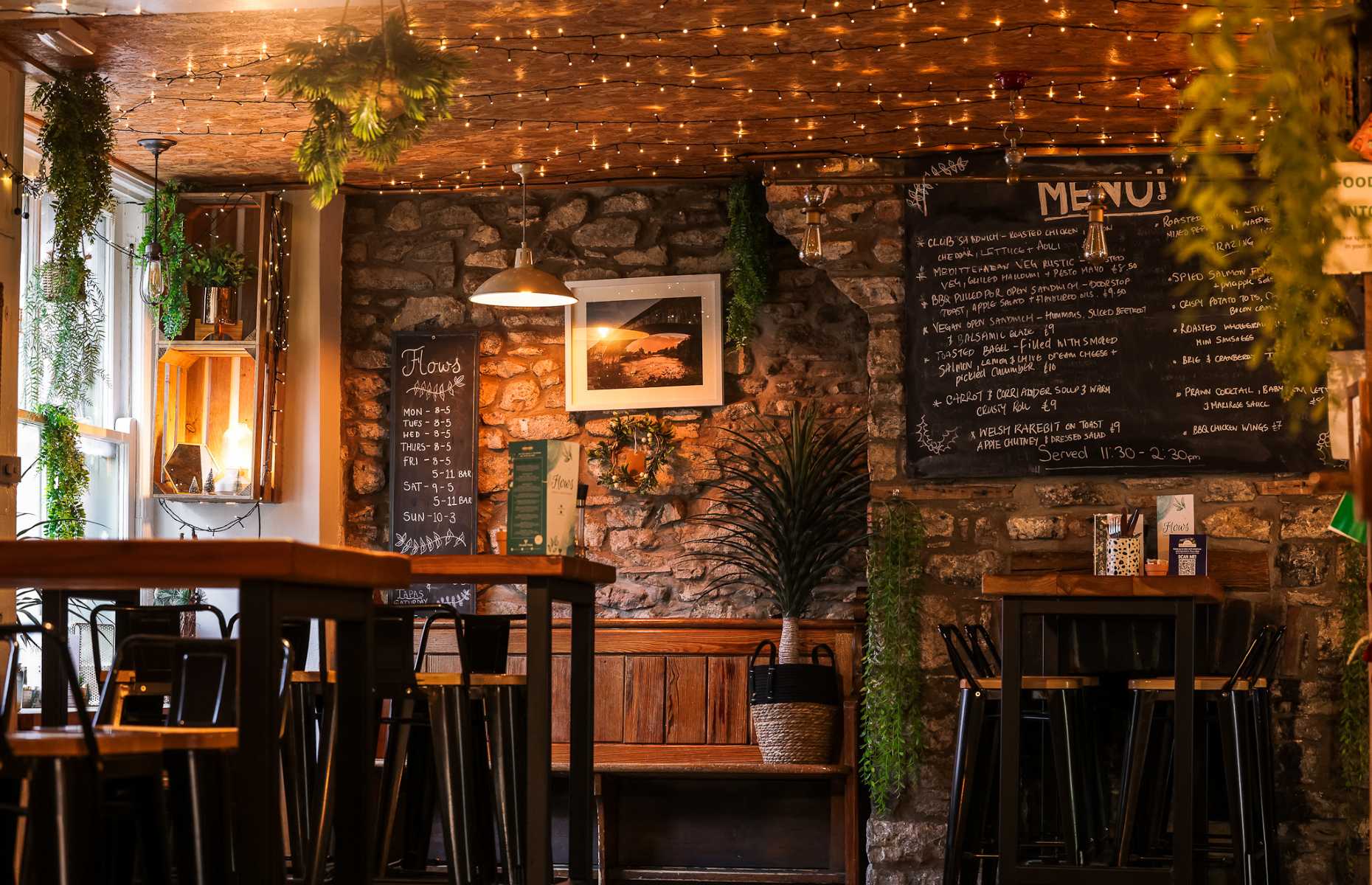