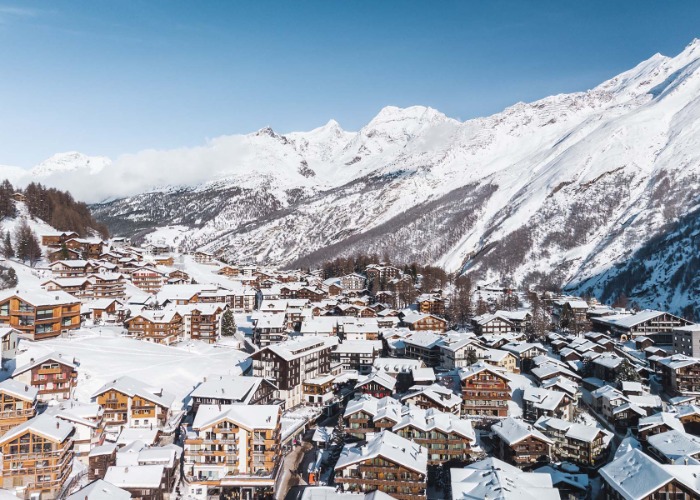 Perfect powder, thrilling runs and après-ski await at these top ski resorts for 2022 (and beyond).

Dreaming of snow-covered slopes and desperate to get to the mountains as soon as possible? These resorts have it all – fantastic terrain, beautiful backdrops and famously reliable snowfall which makes them a great option for skiers and snowboarders keen to bag an early adrenaline fix.

Winter sports fans will soon be able to reach Whistler’s slopes in record time, thanks to several new ski lifts. This includes the six-person Big Red Express and the 10-person Creekside Gondola, both of which will make accessing high-altitude powder stashes a breeze. If 8,100 acres of skiable terrain and three glaciers (great for early-season skiers) don’t do it for you, there’s the town itself – a fairy light-spangled resort famous for its wide range of accommodation, including a slope-side Four Seasons resort.

Steamboat in Colorado turns 60 in January 2023, an occasion being marked with a £174 million ($200m) renovation. There will be a new ice rink in the base station area, and the Wild Blue gondola will be extended, transforming it into North America’s longest. Steamboat has a rich history – highlights include Main Street (designed to be wide enough to accommodate the ranchers and cattle which once roamed here) and the Tread of Pioneers museum explores its transformation from frontier outpost to a ski town with more Olympians than any North American resort.

Japan is famous for what’s known as Jappow – fluffy powder which feels light and dry to the touch. But legendary snowfall isn’t the only reason to head to this resort, which will introduce several new night skiing runs this winter. A new lift, the Symphony Gondola, will also make the eastern slopes more accessible, providing quick transfers to the newly created Juicy Fruit and Colly’s Folly runs.

Ischgl, a quaint Tyrolean ski town surrounded by 148 miles (239km) of slopes, is another resort where accessing high-altitude powder stashes gets easier this winter, thanks to a new gondola, Furglerblick (try saying that after a mouthful of raclette). The lift is seriously fast – passengers will cover nearly a mile (1.6km) in just four minutes – and the top station offers brilliant access to some seriously challenging off-piste terrain.

Switzerland’s got Europe’s swankiest resorts, although Crans-Montana remains surprisingly affordable – unlike Verbier, where its popularity with royals sent prices sky high. Other reasons to head to Crans-Montana include the December opening of the Six Senses Hotel and Residences, and plenty of powder-blanketed steeps perfect for speed demons. But don’t take our word for it – Crans-Montana will host the 2027 Alpine World Skiing Championships. Our advice? Book now, before those Verbier-loving royals cotton on. 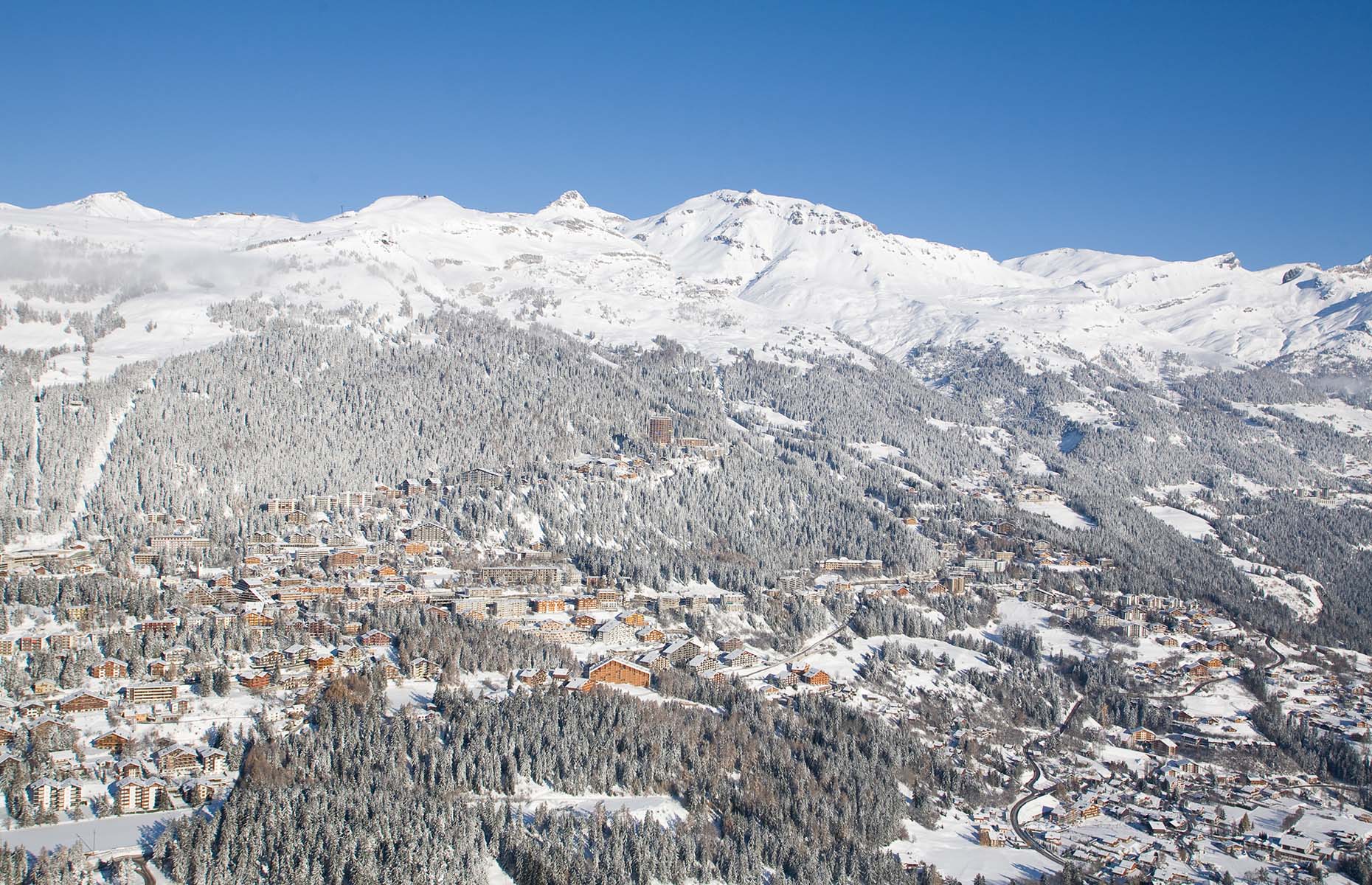 Palisades Tahoe isn’t California’s most famous ski resort, but that’s likely to change this winter, when the £57 million ($65m) base-to-base gondola is unveiled. The lift will connect the Olympic Valley and Alpine Meadows ski areas, reducing road congestion and providing passengers with spectacular views of Lake Tahoe. It will also create North America’s third-largest ski area – 6,000 acres of terrain made up of runs suitable for skiers of all abilities.

Once a sleepy farming village, Les Gets is now one of France’s most family-friendly resorts. You’ll find 75 miles (120km) of runs and easy access to the Portes du Soleil ski area, which has 12 French and Swiss resorts (don’t worry, you won’t need to flash your passport, James Bond-style, as you ski between countries). Les Gets is best suited to beginners and intermediates (many of whom come for the leisurely tree runs which twist through the resort’s pine forests). It’s also famous for its traditional Savoyard cuisine. Remember, calories don’t count at altitude. Apparently. 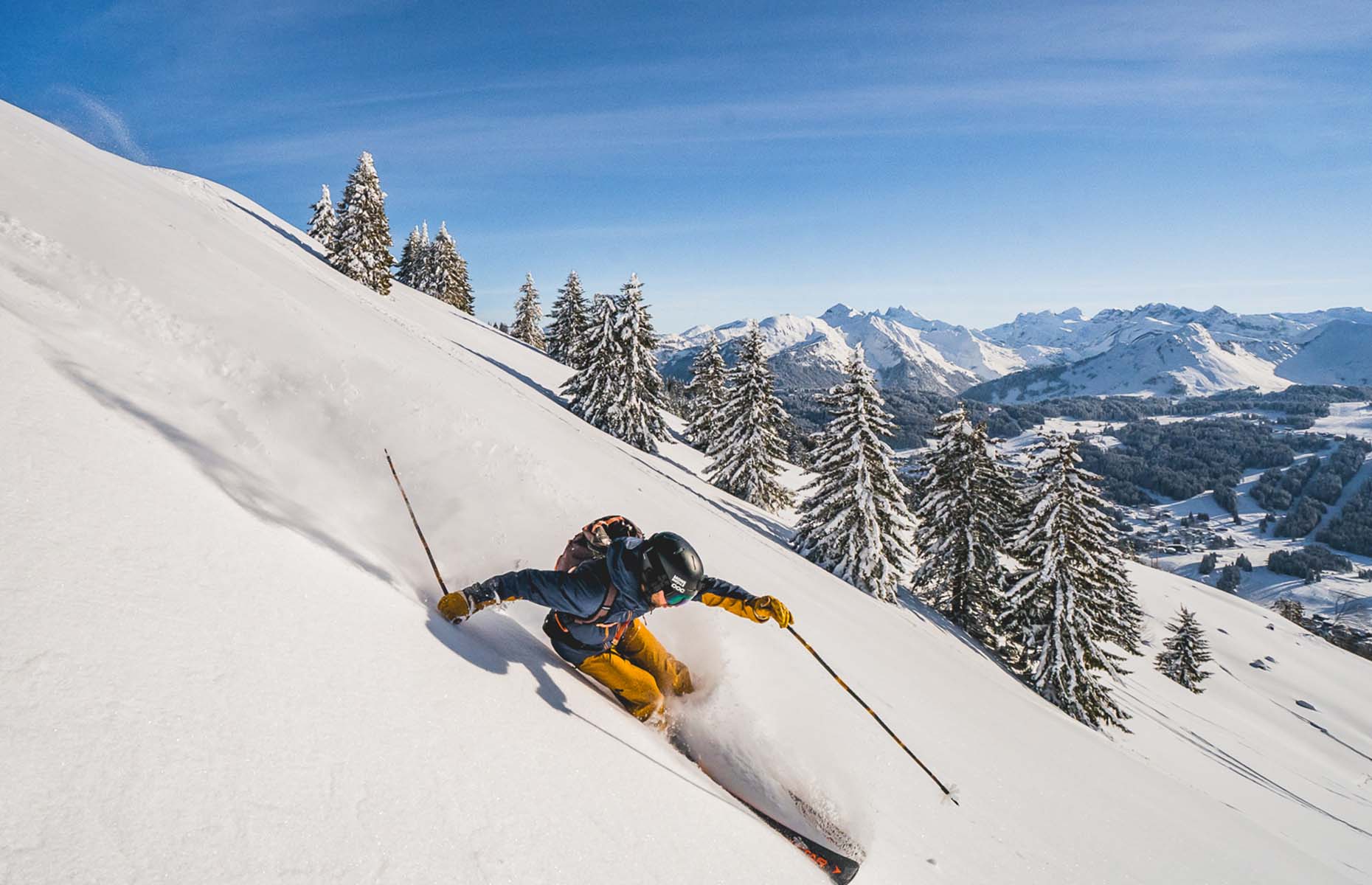 Numerous Swiss resorts become more accessible this winter, thanks to a new rail connection between Zurich and Interlaken, which is a short hop from several ski resorts. This includes Mürren – a small resort with plenty of history (2023 marks the 100th anniversary of its legendary Ladies Ski Club) and a stunning location near the Wengen ski area. This family-friendly resort also has a rather cool claim to fame – it was a backdrop for James Bond flick On Her Majesty’s Secret Service.

Craving crowd-free slopes? Whether it’s your first foray to North America’s mountains or you’ve been heading stateside for years, Big Sky should be on your winter radar. A staggering 300 ski runs and endless off-piste terrain cover four mountains, and an average snowfall of 400 inches (10m) makes it a great resort to visit at the start of the season. Big Sky has some of the world’s fastest ski lifts, including the Swift Current 6. It’s North America’s fastest six-person lift and has heated, enclosed domes, making numb bums a distant memory. 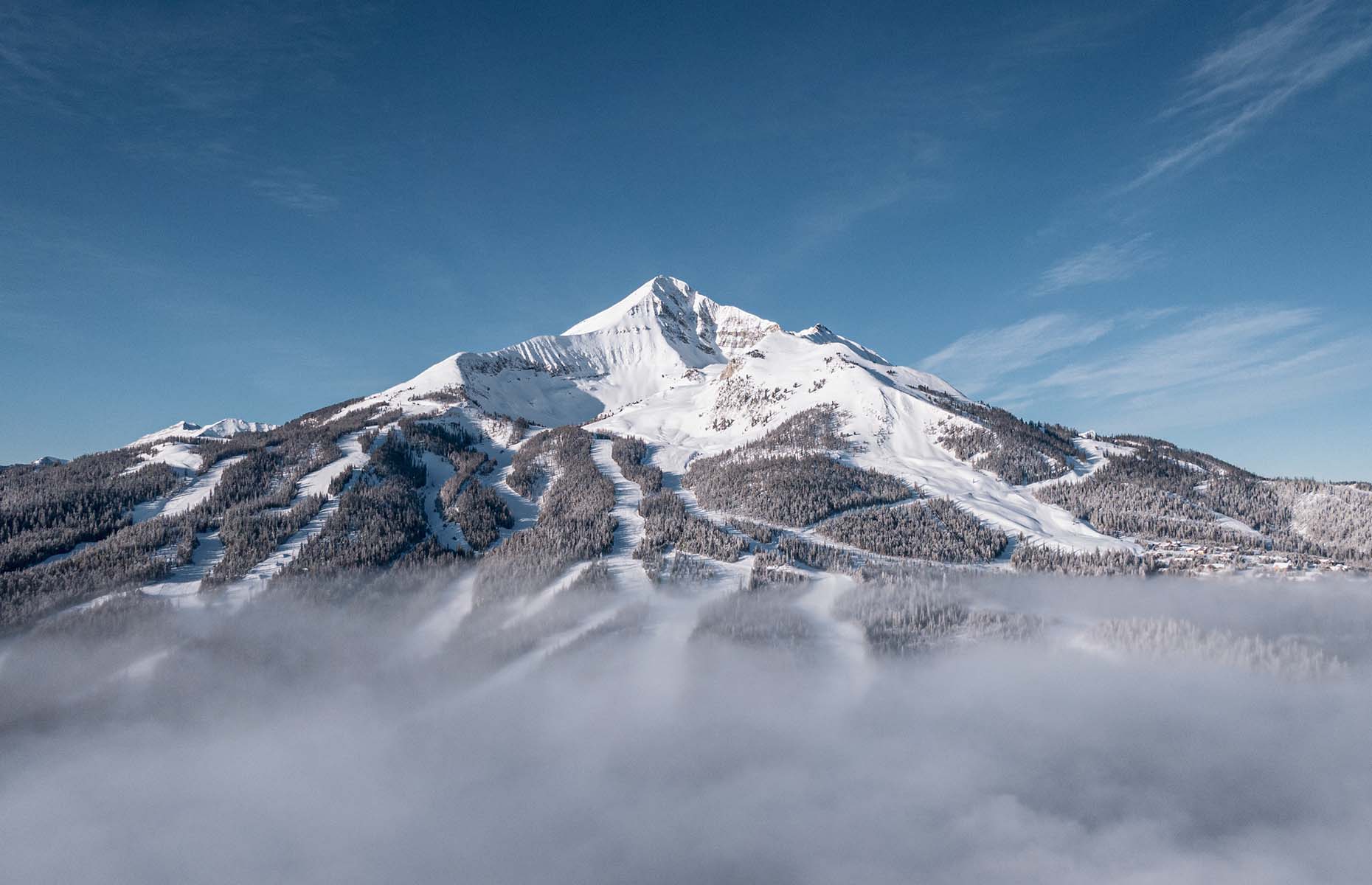 British Columbia’s lesser-known ski towns include Sun Peaks, which recently put itself forward as a potential host for the 2030 Winter Olympics. Despite its under-the-radar profile, it’s at the heart of Canada’s second-largest ski area, with 4,270 acres spread across three peaks. There’s no shortage of white stuff either, thanks to 230 inches (6m) of annual snowfall. And it’s not just bog standard snow – the famously light and dry powder makes for ideal skiing conditions throughout the famously long winters.

Yes, we’ve made some disparaging comments about Verbier, but that doesn’t mean it’s not worth checking out. You’ll need some cash to splash, but for bucket list ski trips it’s hard to beat, with 93 ski lifts serving 255 miles (410km) of runs. There are also various developments this winter – albeit ones befitting skiers who love the finer things in life. An example? The famous La Pasay chairlift will be replaced by a slick six-seater lift – designed by Porsche Design Studio, of course. 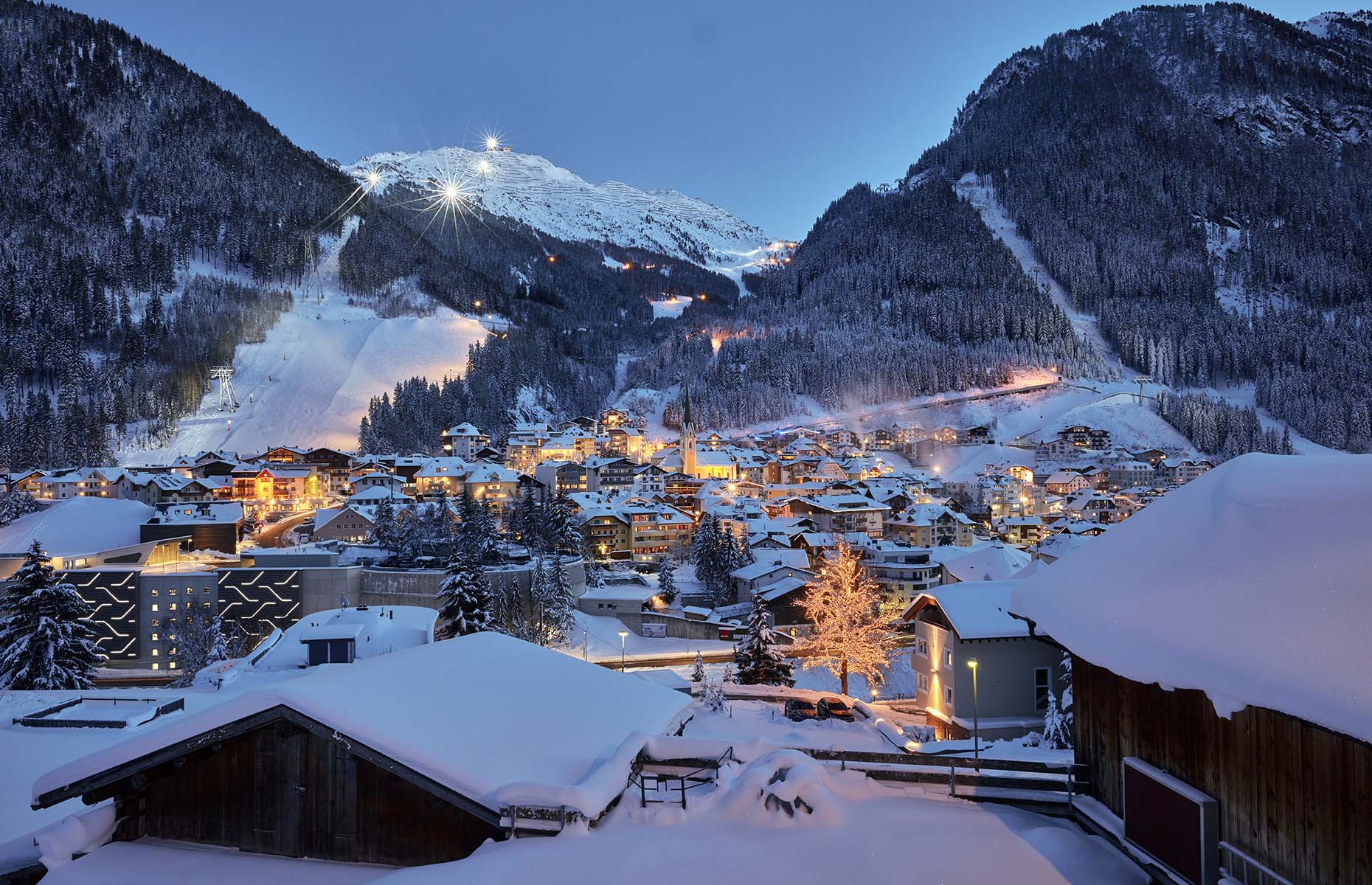 Lech Zürs is another resort with a rich history – one which even extends to its lifts. Regular visitors will be familiar with the Madloch and Zugerbergbahn chairlifts, which provided seamless connections between Lech/Oberlech, Zürs and Zug for over 50 years. This winter, they’ll be retired, replaced with two state-of-the-art lifts which will speed skiers to the resort’s slopes in record time.

Reasons to head to France’s most famous ski resort include the legendary snowfall, abundance of high-altitude runs and high-speed lifts which make it a breeze to hop over to nearby Tignes. Val d’Isère has one of the widest range of hotels you’ll find in any European ski resort, and this year’s most exciting new opening is France’s first Club Med Exclusive Collection resort. 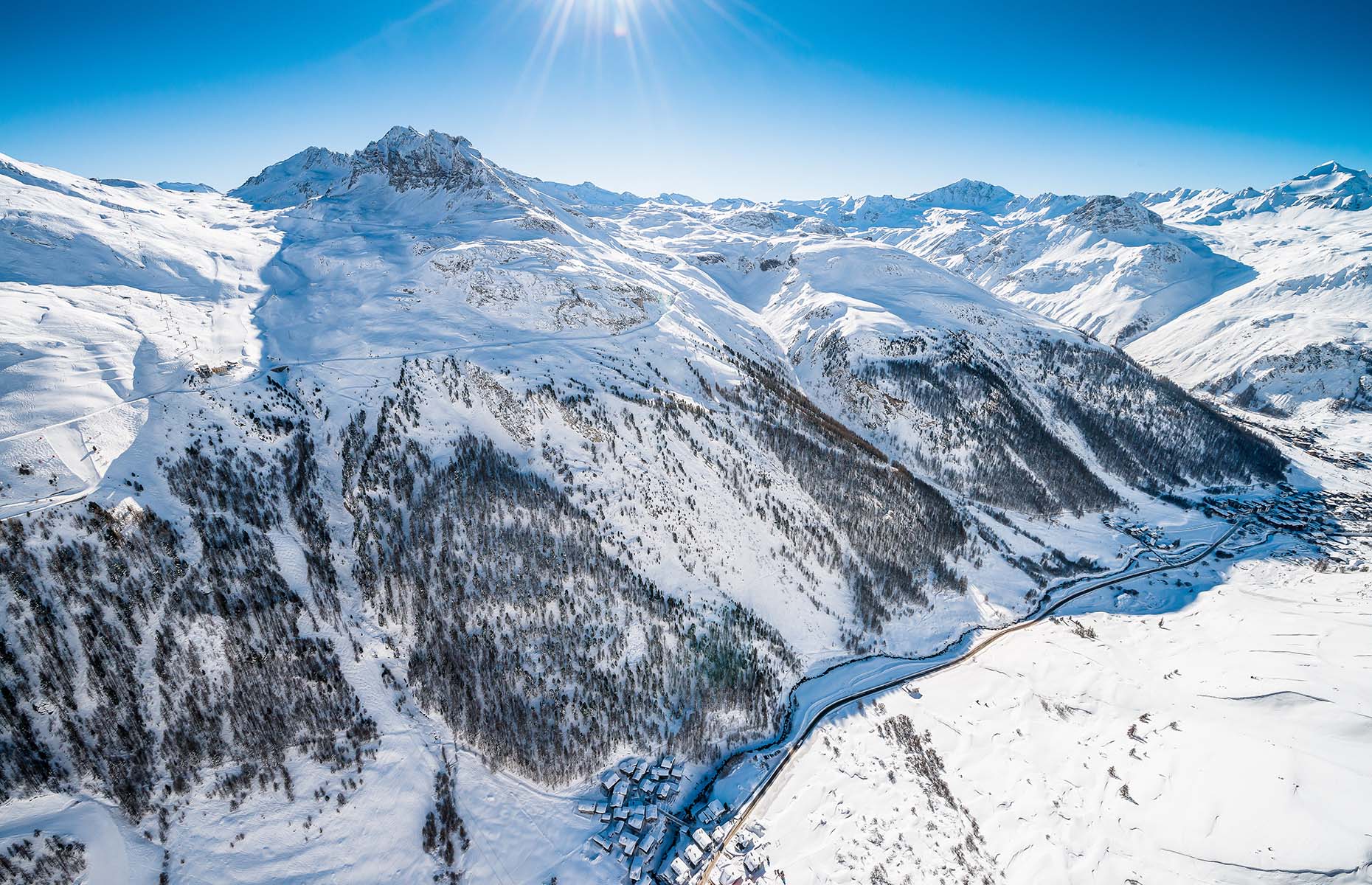 Saas-Fee is one of the first ski resorts to open every winter – its season begins in October. Adrenaline junkies come here to tackle some of Europe’s toughest runs – it’s surrounded by 18 four-thousanders (peaks over 13,000ft/4,000m) – although there’s brilliant terrain for beginners too. A refurbishment project taking place this winter will involve the makeover of numerous chalets and apartments, and the new Hotel Revier opens in early 2023.

READ MORE: 7 things to do in Gstad beyond skiing

Keystone is great for skiers hitting the slopes early on – it’s got fantastic high-altitude terrain, most of which is located in and around the Bergman and Erickson Bowls. There's one catch, though, it won't be ready until the 23/24 season. It'll be worth waiting for, as a new six-person chairlift will whisk skiers to this 500-acre playground. The fun doesn’t stop once the lifts have closed either – off-piste activities include sleigh rides, snowtubing and ice skating on the Keystone Lake. We can't wait... 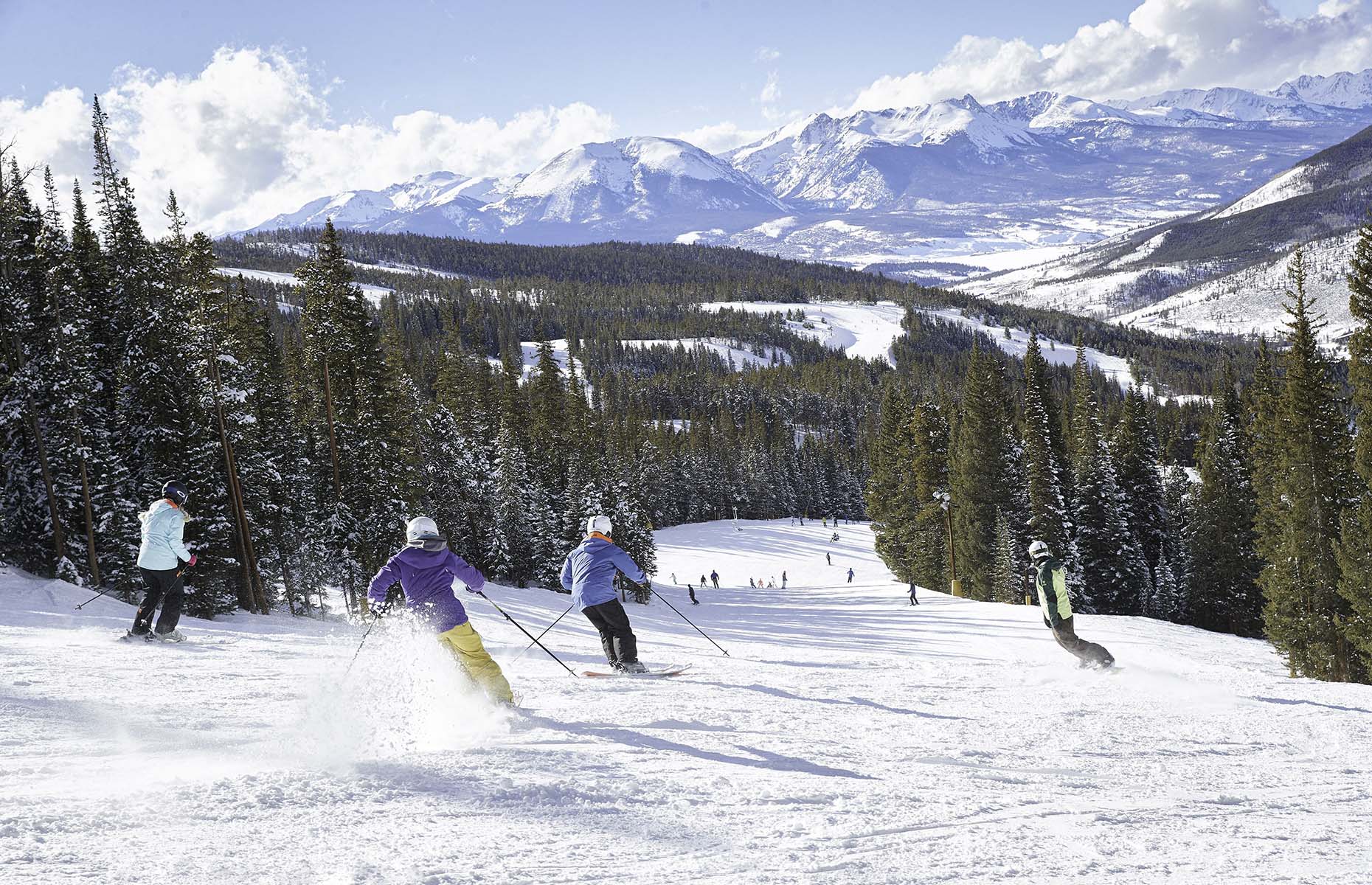 READ MORE: 14 reasons Colorado should be your next American adventure