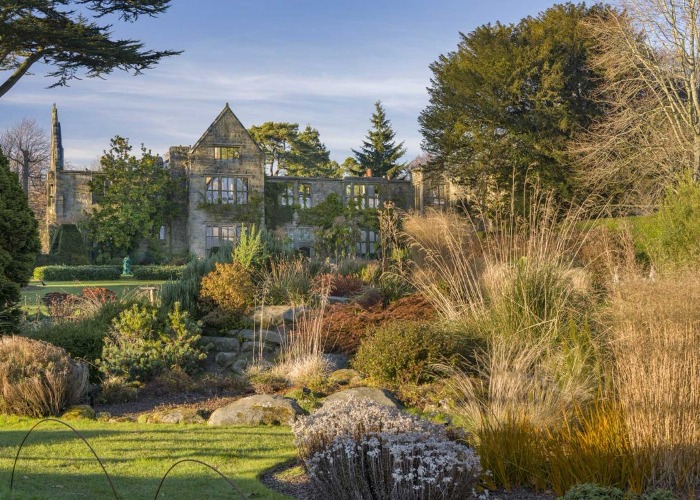 Crisp colder days don’t mean you have to stay indoors – here’s how to make the most of Mother Nature this winter, when it’s safe to do so.

From secluded garden sanctuaries to lavishly landscaped lawns, the National Trust has plenty of beautiful gardens across the UK. With the colder weather now upon us, much of the greenery has transformed into seasonal wonderlands that are just as stunning as the spring displays. Here we take a look at some of the most breathtaking gardens to enjoy this winter. With the ongoing COVID-19 pandemic, be sure to check the National Trust website for the latest opening times and details of how to book before you set out.

Hidden on the edge of woodland just east of the historic Wallington Hall, is a romantic walled garden shrouded by trees. In 1688, the estate was redesigned by Sir William Blackett after he bought Wallington Hall as a country retreat for his family. Today, the estate's lush gardens are home to an abundance of pretty plants and flowers that look especially vibrant as they change to autumn shades in the colder months. 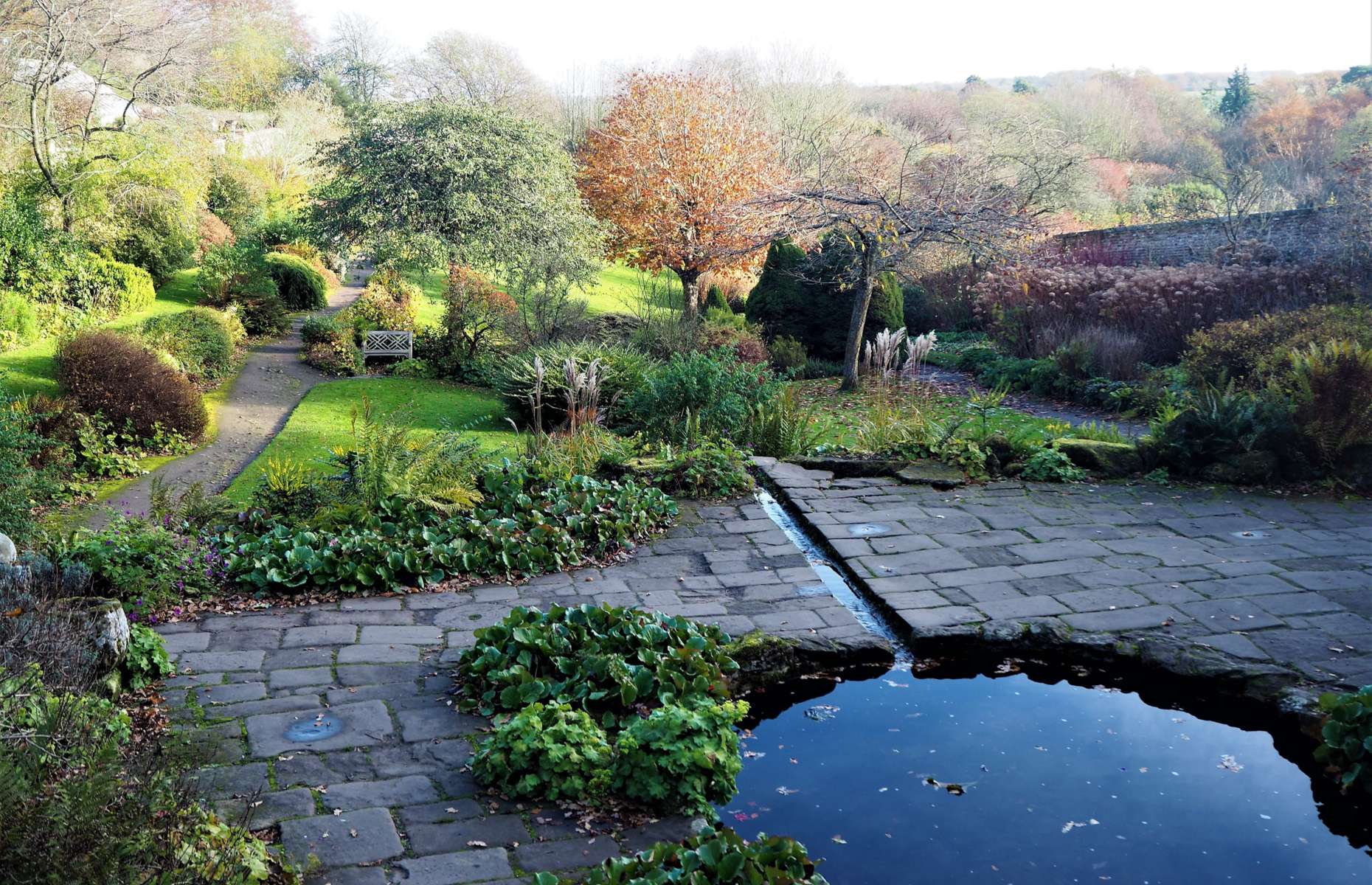 Alongside the lovely greenery, there's also an Edwardian conservatory, an Owl House and a stone staircase that leads to a water feature known as the Mary Pool, which provides views across the garden.

The impressive 50 acres of landscaped gardens in Tatton Park have been carefully cultivated by the owners of the Egerton family estate for almost 300 years. Often regarded as one of the most picturesque gardens in England and one of Cheshire's most popular attractions, the gardens border the estate’s Neoclassical mansion alongside a sprawling deer park. 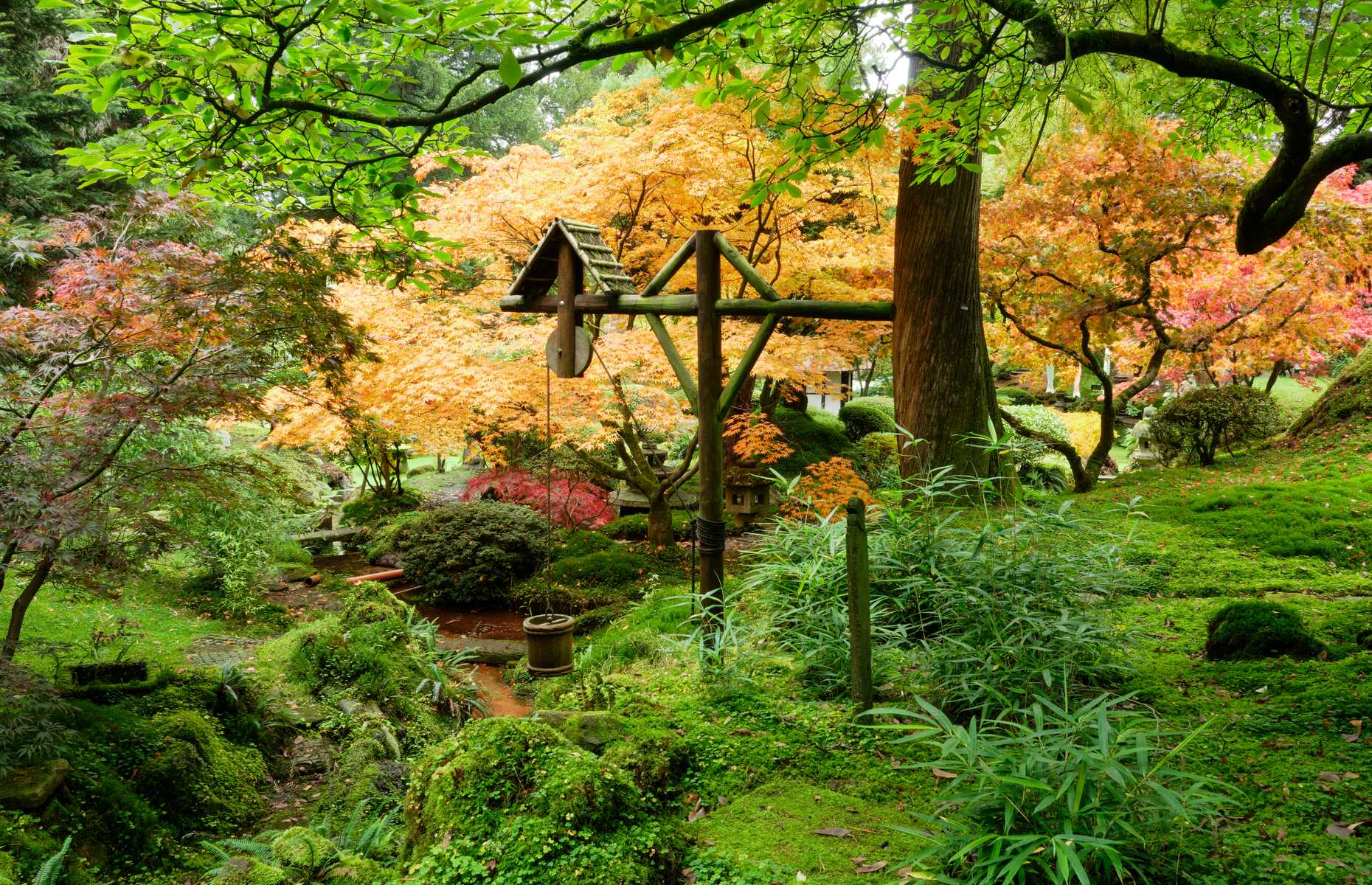 With its magnificent size, visitors could easily spend a whole day getting lost in the garden’s distinct areas which include a rose garden, historic glasshouses and pleasure grounds. The 100-year old Japanese Garden is the biggest highlight, inspired by Alan de Tatton, the 3rd Baron of Egerton of Tatton's visit to the Anglo-Japanese Exhibition in London in 1910. With its scenic walkways, colourful maple trees and peaceful pond, it's considered one of the finest examples of a Japanese garden in Europe.

With a mighty eight acres of beautiful gardens, Gunby Estate has plenty to discover no matter the season. From the delicious smells of the apple pergolas to the vibrant seasonal flowers of the herbaceous borders, the gardens are home to a diverse range of greenery. 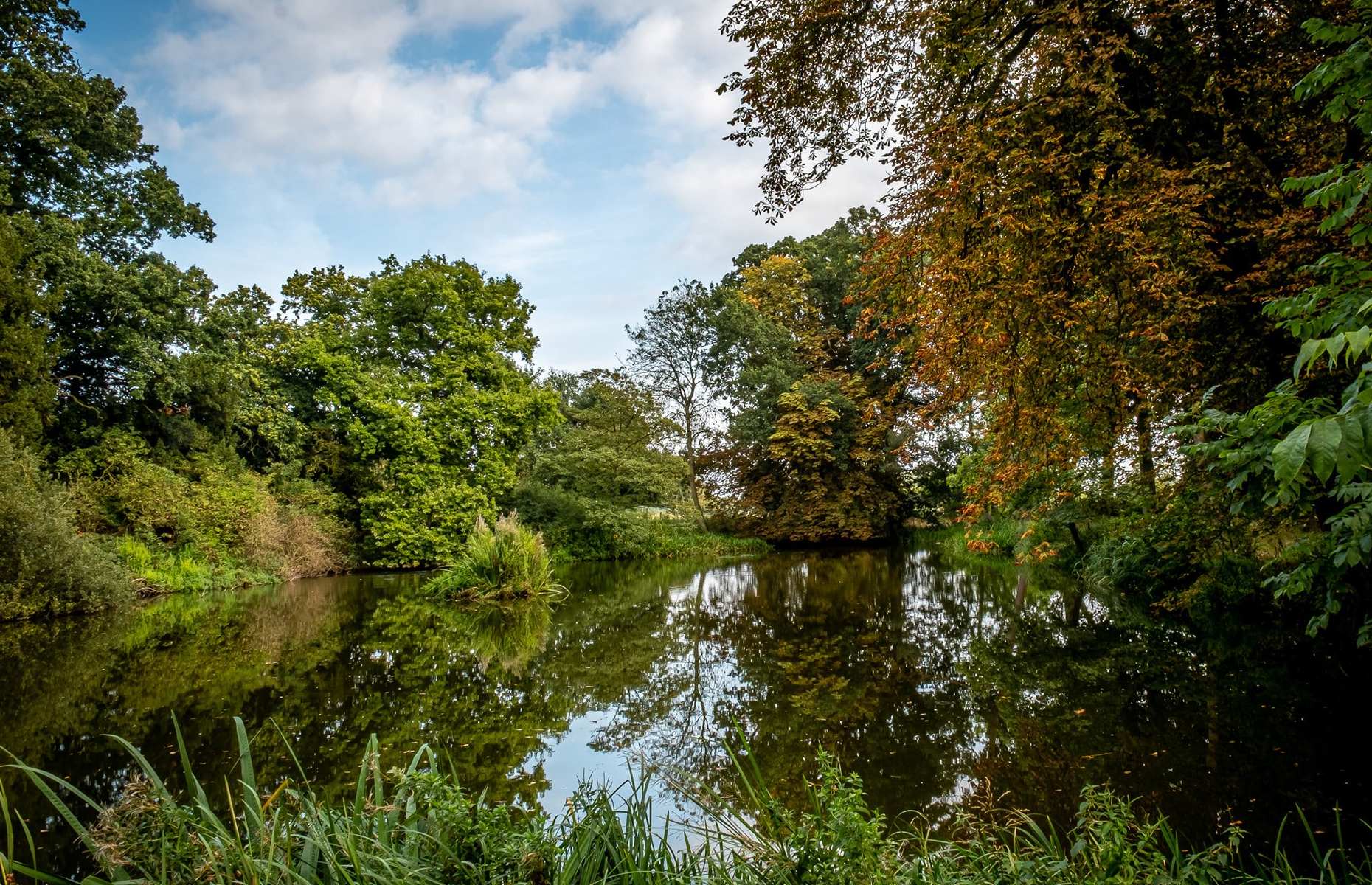 Dating back to the early 19th century, the kitchen gardens were once used for growing vegetables for the estate during its heyday. Today, plums, pears and figs decorate the garden walls whilst the sweet-smelling flowers planted in the central border change from blues and blacks to eye-popping reds and oranges with the season.

Nestled on the scenic southwest coast in Devon, this former 1920s country retreat once owned by the Savoy hotel owner Rupert D'Oyly Carte and his family, is also home to a lavish garden by the sea. Covering around 30 acres, the gardens are dotted with a stunning selection of flowers, trees and plants set against a beautiful coastal backdrop.

The gardens are especially gorgeous when the burnt oranges and reds of the shrubs are mirrored in the surrounding trees.

Named after the small stream that runs through the centre, the Rill Garden is one of the dreamiest spots. Decorated with soft pale purple and pink flowers, pastels were the favourite colours of Rupert's wife Lady Dorothy whose room overlooked the garden. The romantic scenery and awe-inspiring sea views make Coleton Fishacre a memorable attraction year-round.

Set in the Welsh countryside, these charming walled gardens have been producing fruit and vegetables for over 200 years. Once a hi-tech hive of the Georgian horticultural industry, traces of the Llanerchaeron’s past can still be seen in the ancient fruit trees, herbaceous borders and kitchen garden. 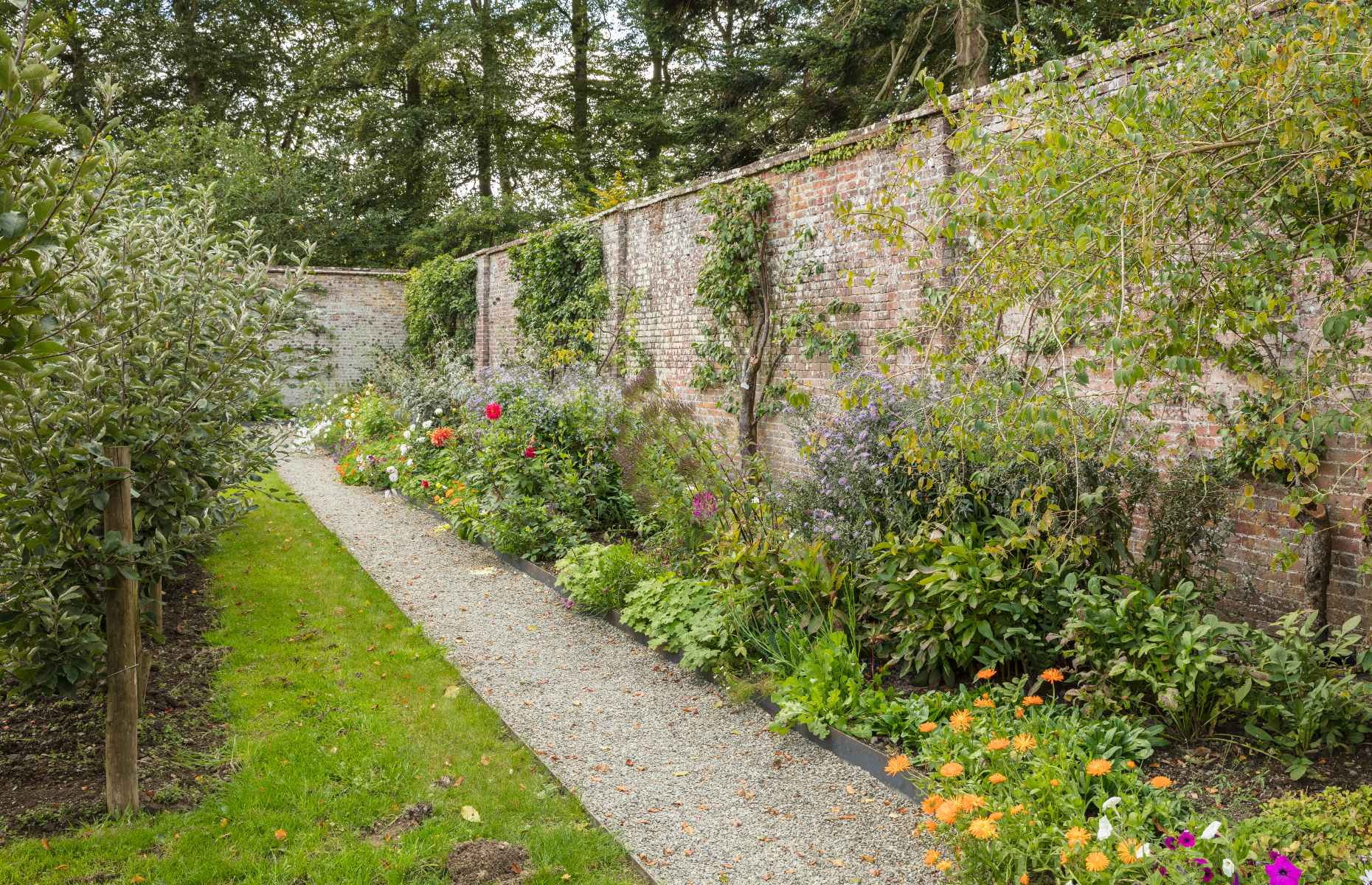 Walled gardens, hidden statues and a plethora of plants make up this intimate garden in West Sussex (main picture above). Set in a medieval rural landscape, Nymans was developed by three generations of the Messel family and features an extensive collection of flowers, trees and shrubs, including specimens collected by plant hunters dating back to the 19th century. 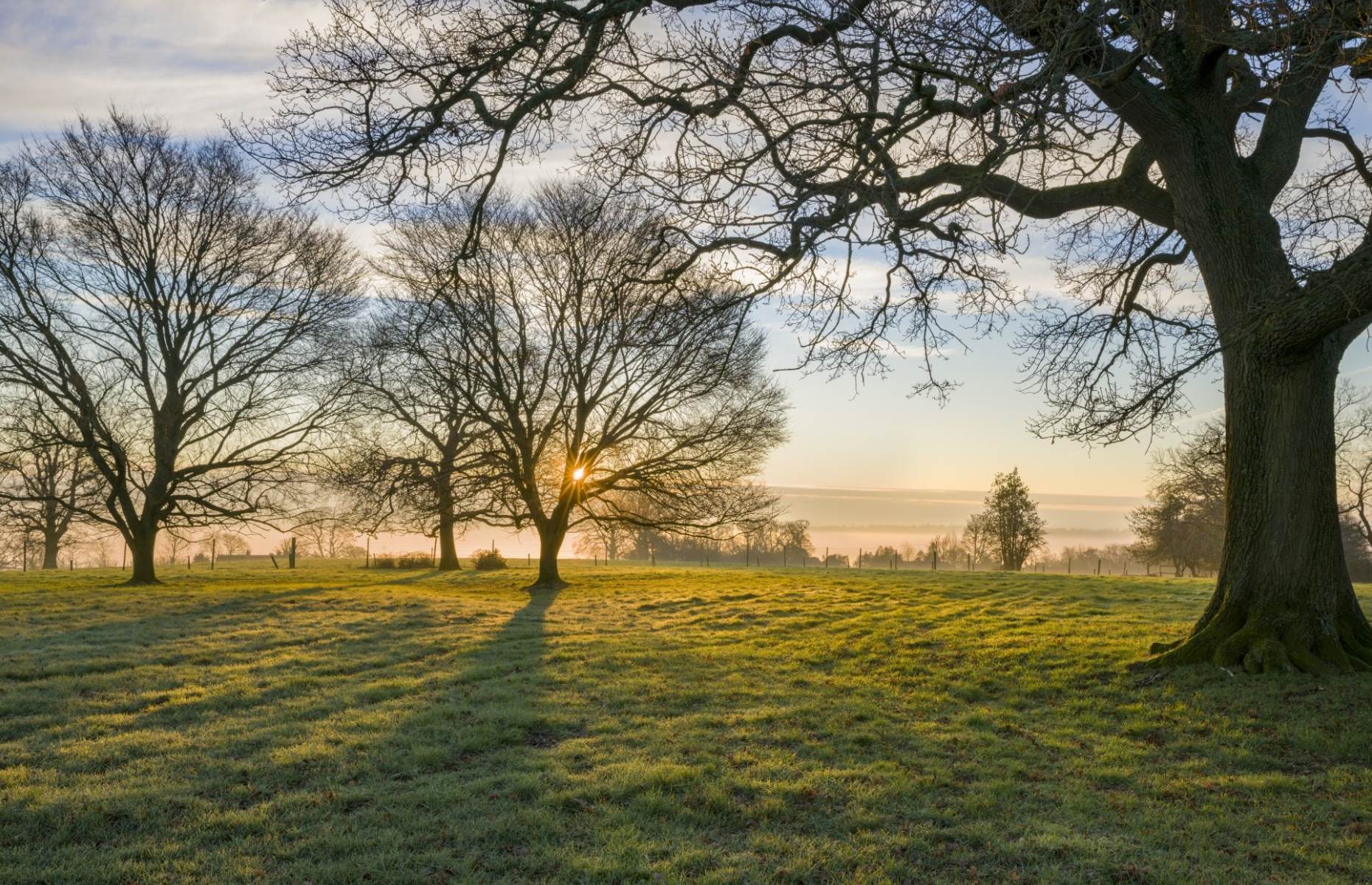 During the colder seasons, the gardens are carpeted by a vivid burst of orange, red and yellow flowers, including dahlias. The native beech and oak trees of the arboretum create a breathtaking display as they change colour alongside the medieval house and ruins.