Explore Tallinn: the top things to do, where to stay and what to eat

Culture and cobblestones are abound in Tallinn, but it has plenty more to offer around every corner. From quirky streets and historic architecture to fine dining and fun museums, here's what you can expect in this beautiful city.

Why go to Tallinn?

With its medieval spires, opulent merchant houses and cobbled streets, Tallinn’s Old Town is straight out of a fairy tale. But there is far more to explore in the Estonian capital than first meets the eye. Having been passed between Danish, Swedish, German, Russian and Soviet hands over the centuries, this vibrant city is also fiercely proud of its relatively-recent independence and is still in the midst of reinventing itself as a modern-day capital.

The Old Town is actually two historically-distinct areas – Toompea Hill, which was long the seat of the ruling elite, and the Lower Town, an autonomous medieval trading city. The entire area is so well preserved that in 1997 it was designated a UNESCO World Heritage Site. But head out of the city centre and you can learn about Tallinn’s more recent past by exploring the offbeat district of Kalamaja, strolling in the imperial Russian neighbourhood of Kadriorg or bathing in the Baltic Sea at Pirita Beach. 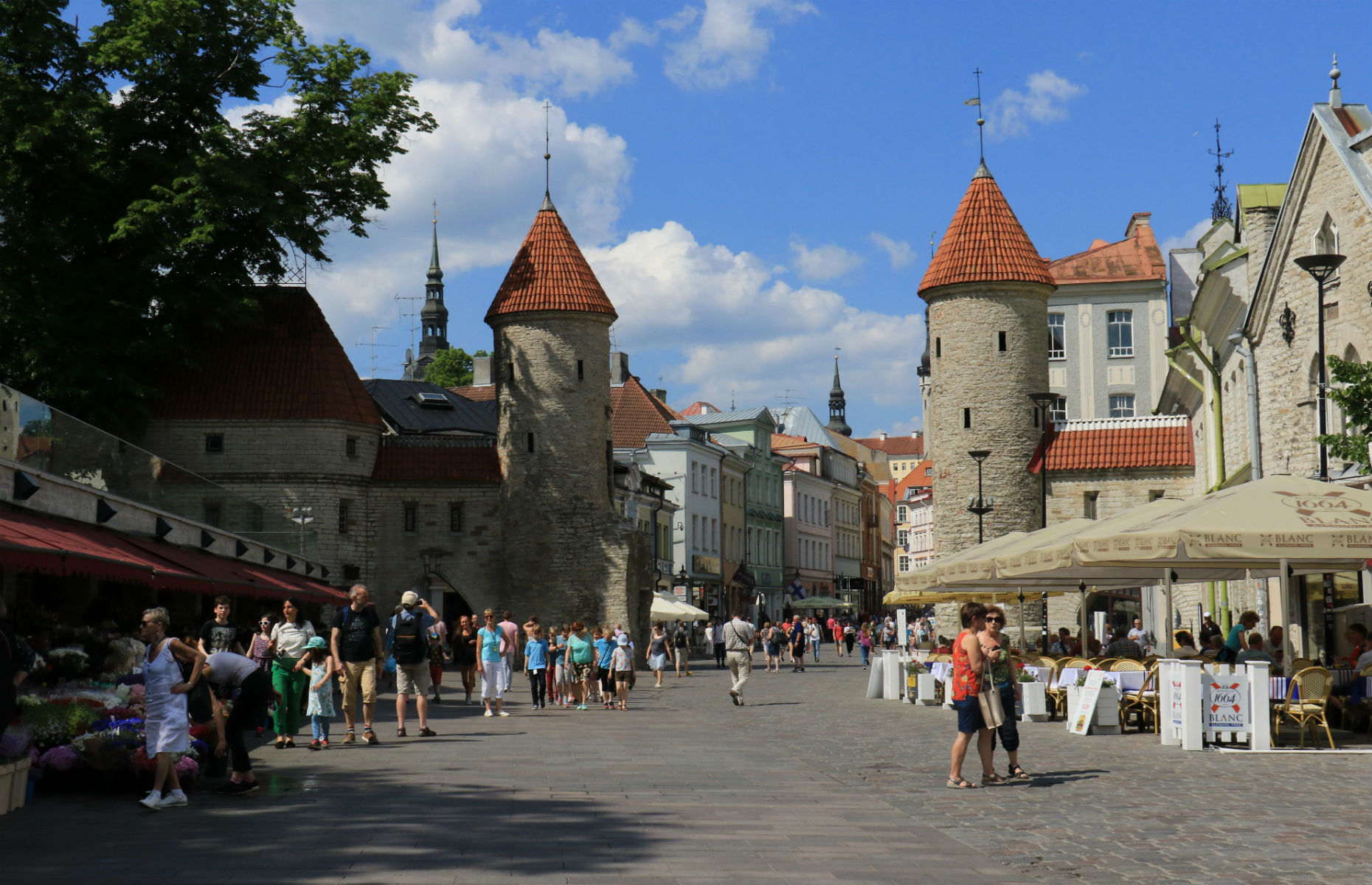 Top things to see in Tallinn

Standing 65 to 100 feet high, it’s easy to see why the city’s 13th-century founders chose Toompea Hill for their fortress. Indeed, some of the best views over the city are from the area’s two lookout points. The original wooden fortifications are long gone but the area remains Estonia’s power base, with Toompea Castle being both the country’s historic seat of power and home to the modern-day parliament. 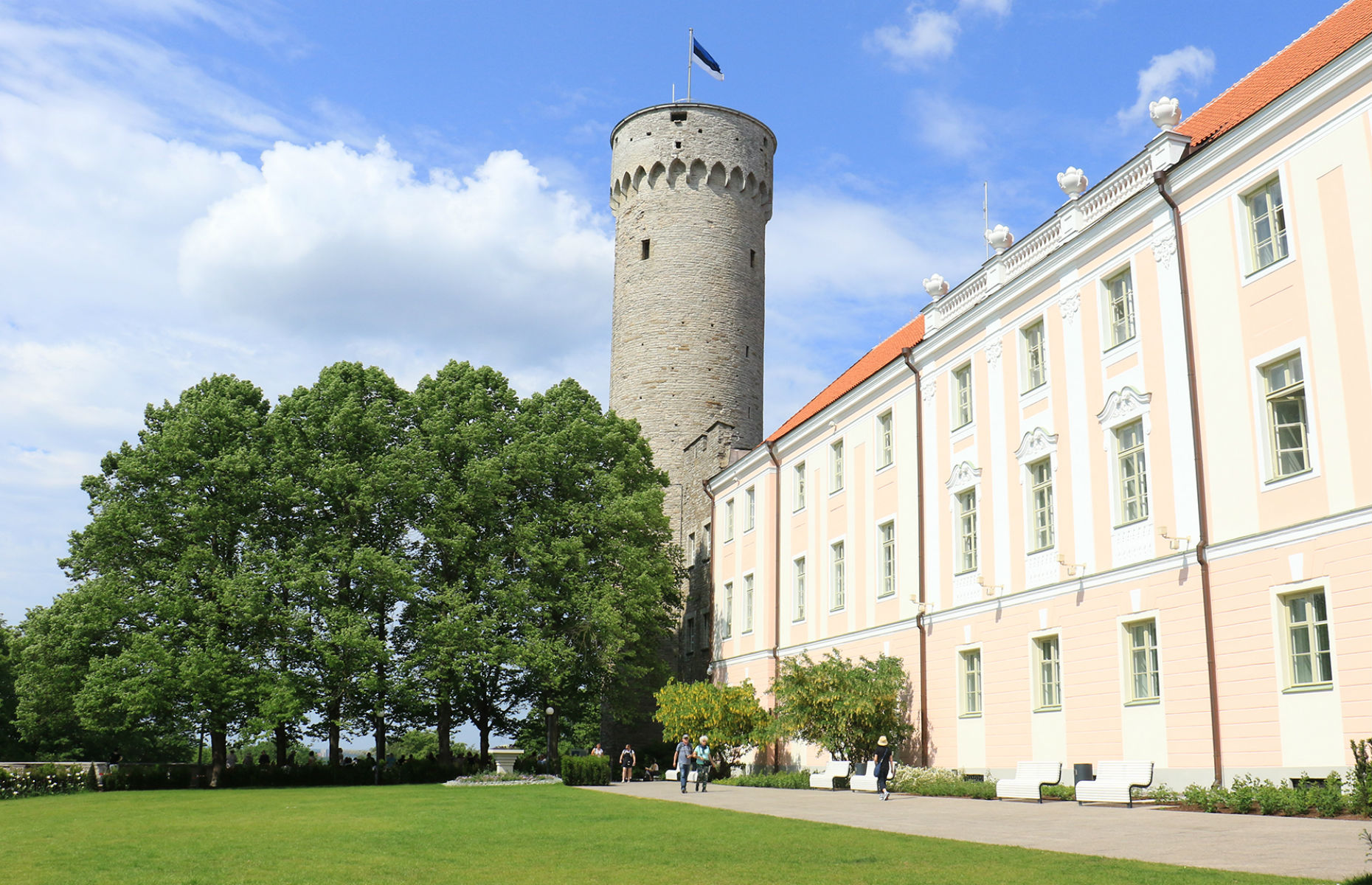 Here too you can see the Pikk or “Tall” Hermann tower, with the Estonian tricolour flying above it, where tradition dictates that whoever’s flag flies here is the ruler of Estonia; the late 19th-century Russian Orthodox Alexander Nevsky Cathedral; the Danish King’s Garden, which legend hails as the birthplace of Denmark’s flag; the Kiek in de Kök cannon tower and once-secret defence system, the Bastion tunnels. 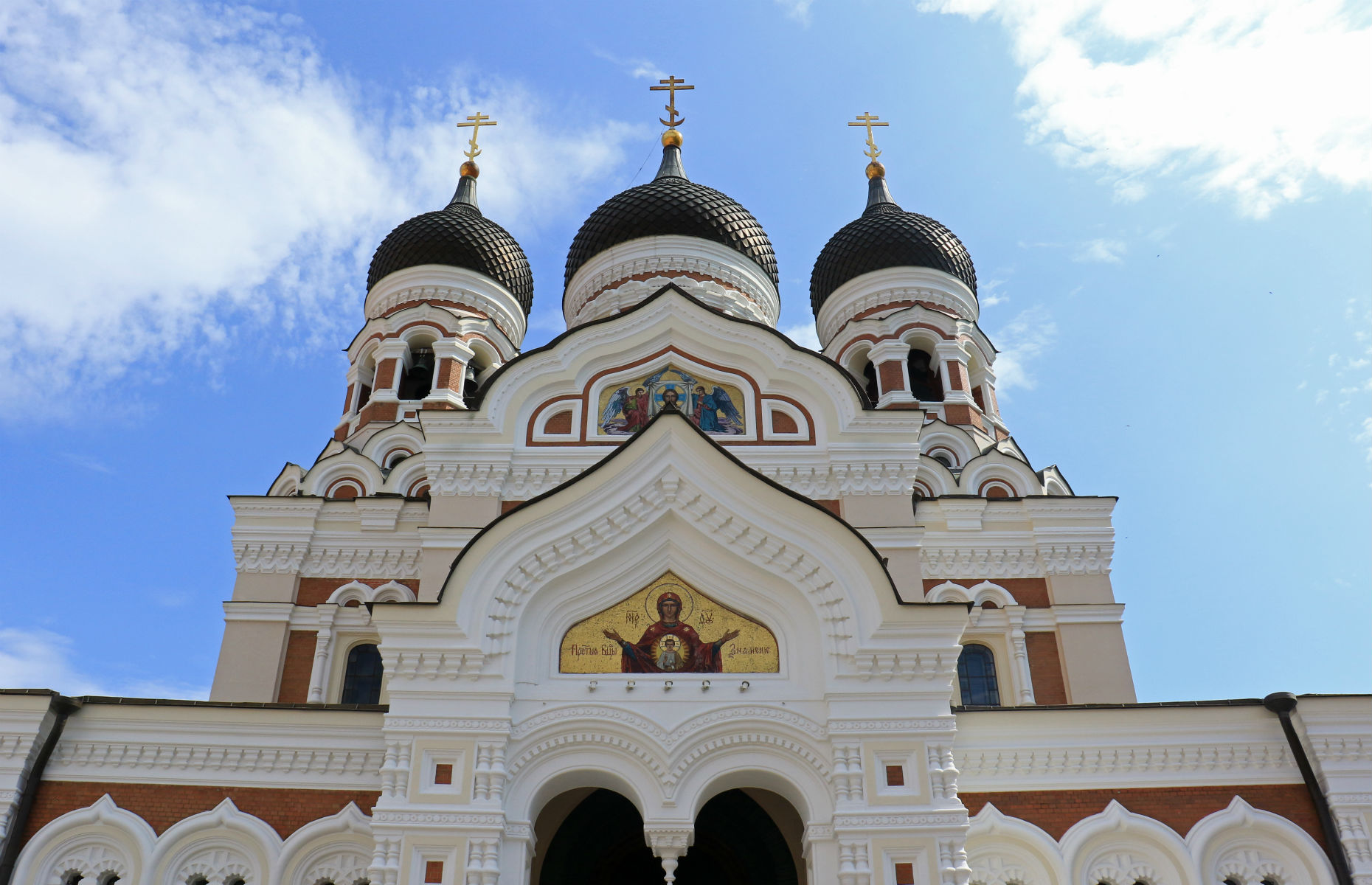 While Toompea Hill was traditionally home to German landlords who owned feudal countryside estates, the Lower Town was a busy trading city that was part of the Europe-wide merchant organisation, the Hanseatic League. Descend from Toompea via the cobbled Pikk jalg (“Long leg” Street), one of just two ways of moving between the two cities in the medieval era, to learn about the city’s mercantile past. 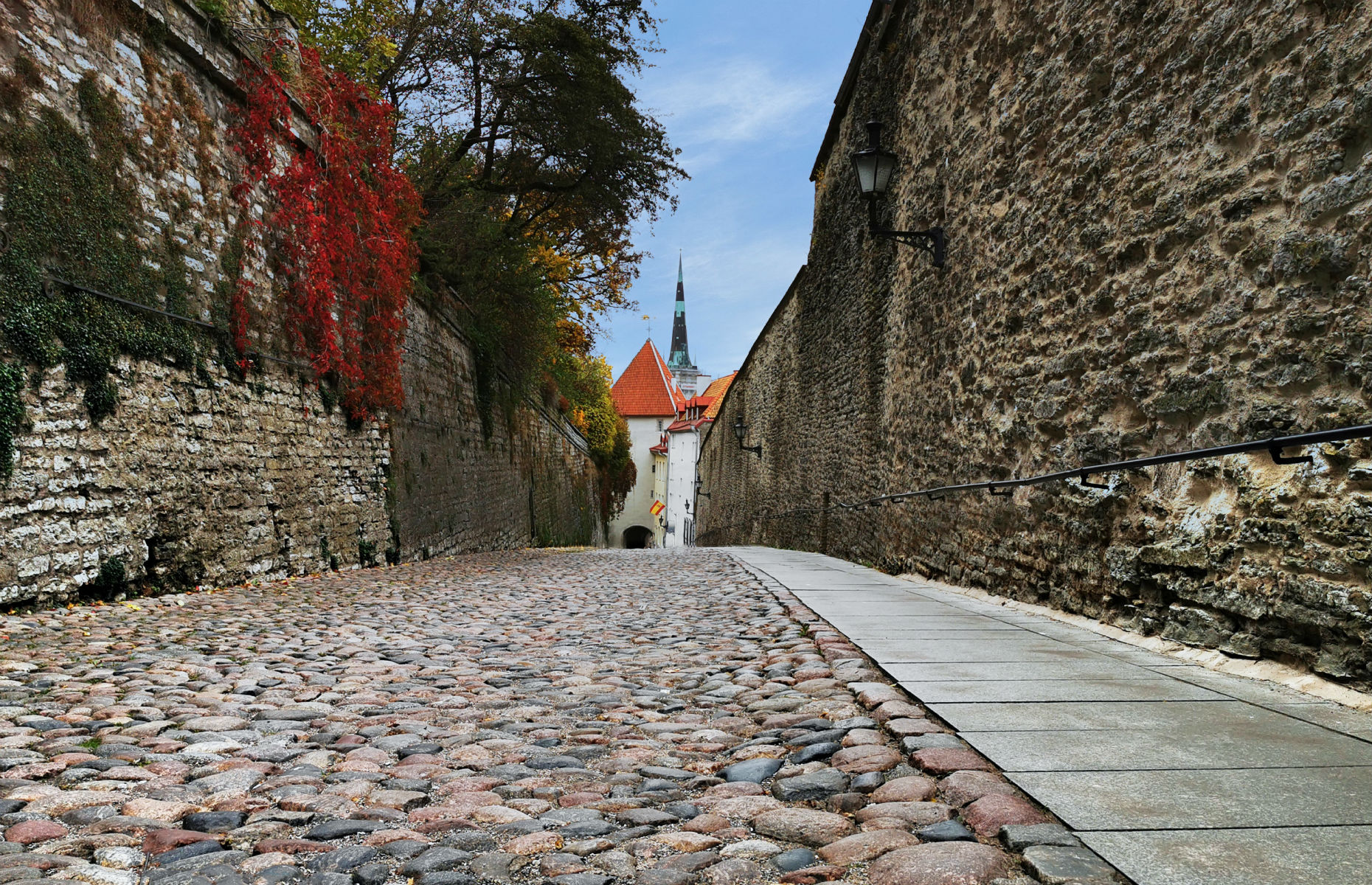 Nearby Pikk is the Old Town’s oldest street. From the 14th century it was home to merchants and craftsmen guild associations, whose noble buildings remain here along with the Great Guild Hall. Particularly notable here is the House of the Brotherhood of Black Heads, whose patron saint St Mauritius is featured above the door; the enormous spire of St Olav’s Church, and the former KGB headquarters.

Surrounded by merchant houses and restaurants, the jewel of the Old Town is Town Hall Square. For eight centuries it has served as a market and meeting place, presided over by the 15th-century Gothic Town Hall. Its soldier-shaped weathervane, Old Thomas, has been watching over Tallinn since 1530. A circular stone in the centre of the square marks the spot where you can see all five of the city’s medieval spires. 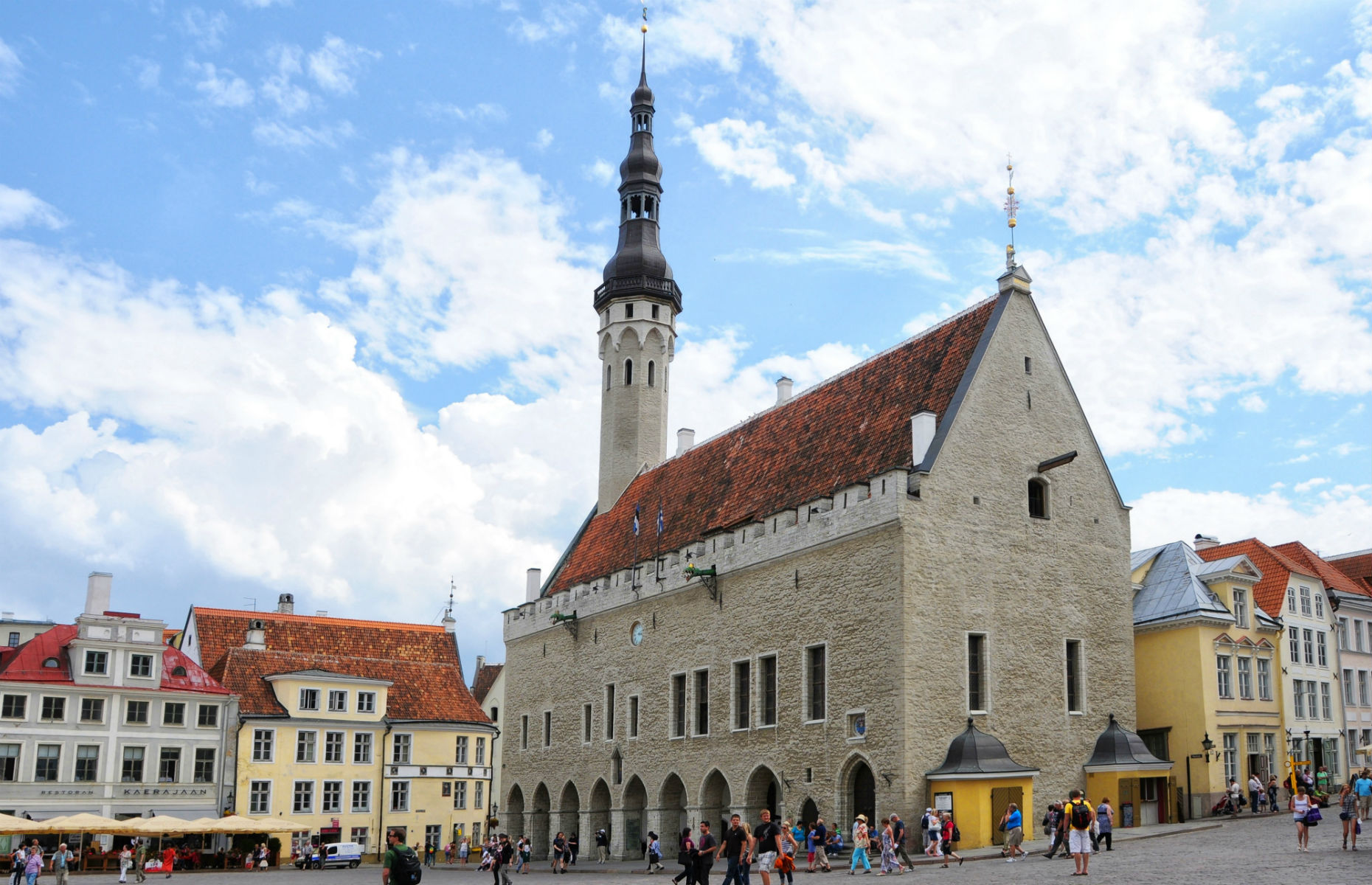 Other nearby highlights include the Town Hall Pharmacy, the oldest continuously running pharmacy in Europe; the boutiques of Viru, and the city’s well-preserved medieval walls, particularly at the Great Coast and Viru gates.

The bohemian neighbourhood of Kalamaja is full of wooden houses lining quiet streets leading up to the bay. By the water stands the ominous, and long abandoned, Patarei Prison, which served as a 19th-century sea fortress before becoming a jail. Walk east along the water to explore the post-industrial “Cultural Kilometre” and catch a glimpse of the site that was built to host the sailing at the 1980 Moscow Olympics. 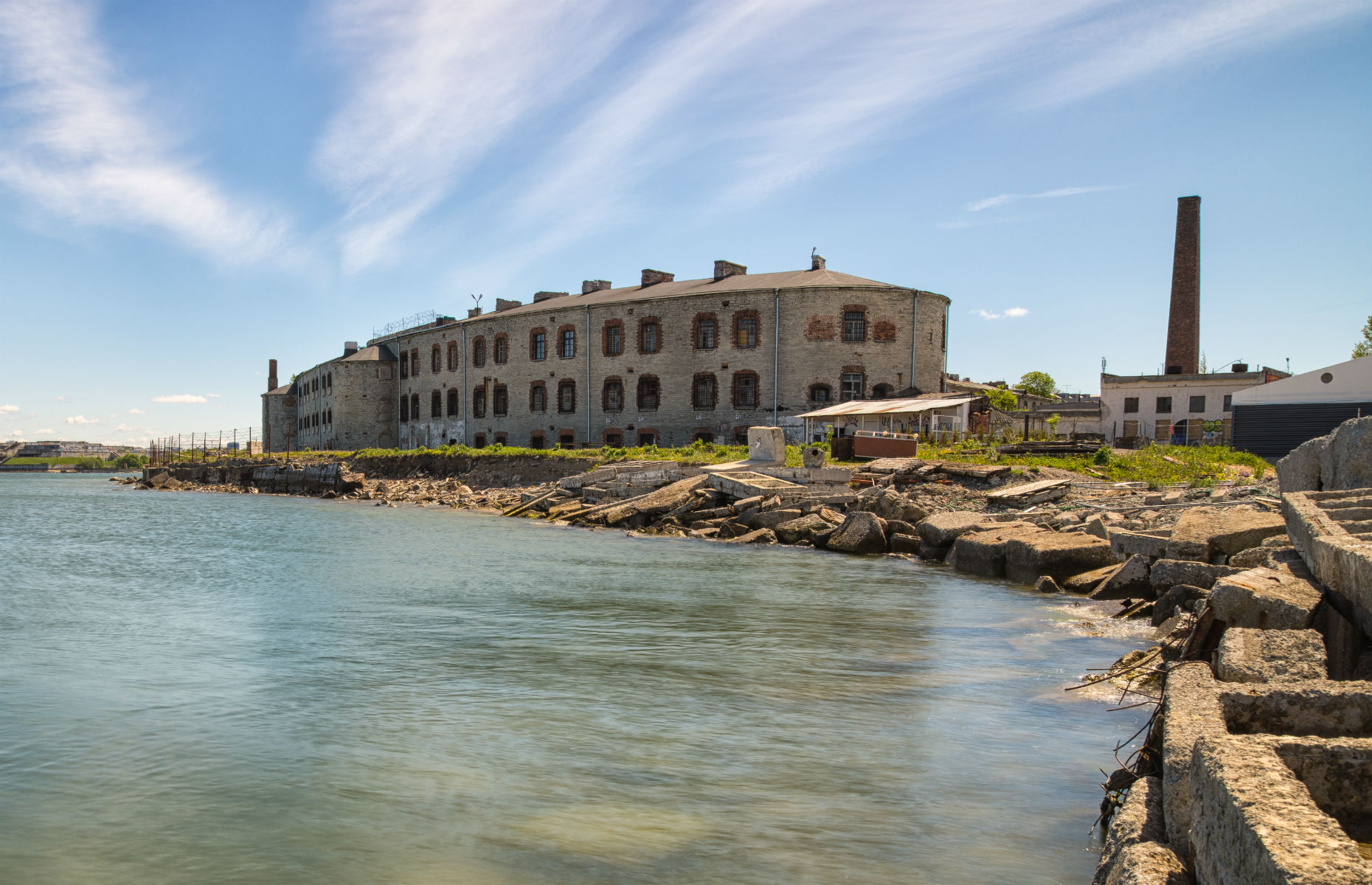 Next to the prison is arguably Tallinn’s most popular museum, the Seaplane Harbour. Largely housed in a massive former First World War seaplane hangar, highlights of the interactive museum are the British-built Lembit submarine, created for the Estonian navy in 1936 before being co-opted into the Soviet fleet, and the 1914 Suur Töll icebreaker. 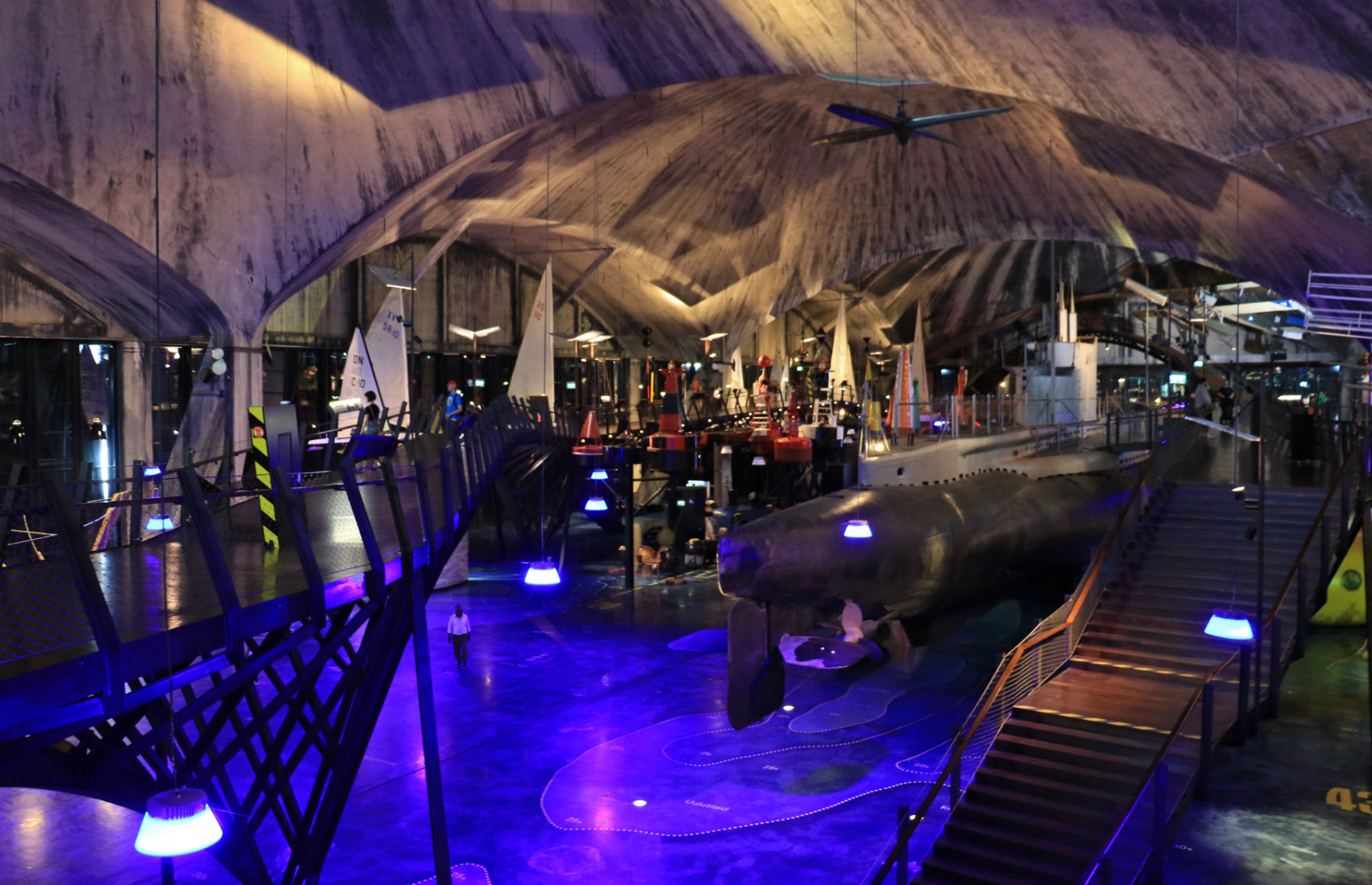 This free walking tour is the ideal way to find out more about the city’s communist past. Leaving from outside the Tallinn Tourist Information Centre at Niguliste 2 throughout the summer, it tells real-life tales of what it was like living under Soviet rule.

At the top of the 1970s-era Viru Hotel is the KGB Museum based in what was a secret Soviet listening post that was only discovered after the Russians fled in 1991. It offers a fascinating insight into the paranoia of the Cold War, as well as stunning views over the Old Town, but tours must be booked in advance. 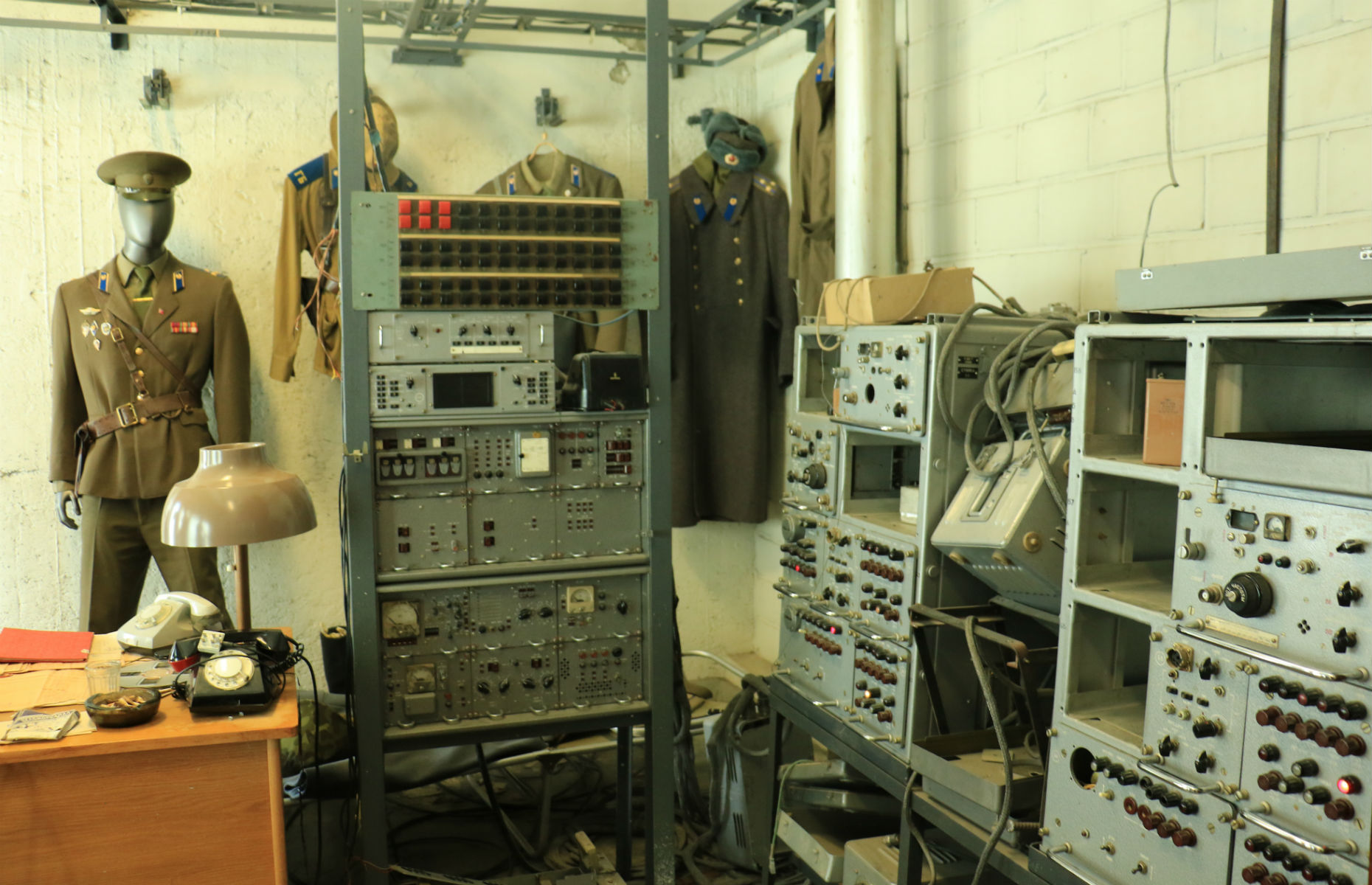 East along the coast, in a garden behind the pseudo-Gothic Maarjamäe Palace is what is best described as a graveyard of Soviet statues of Lenin, Stalin and their ilk alongside the Estonian History Museum. Entrance to the garden is free. 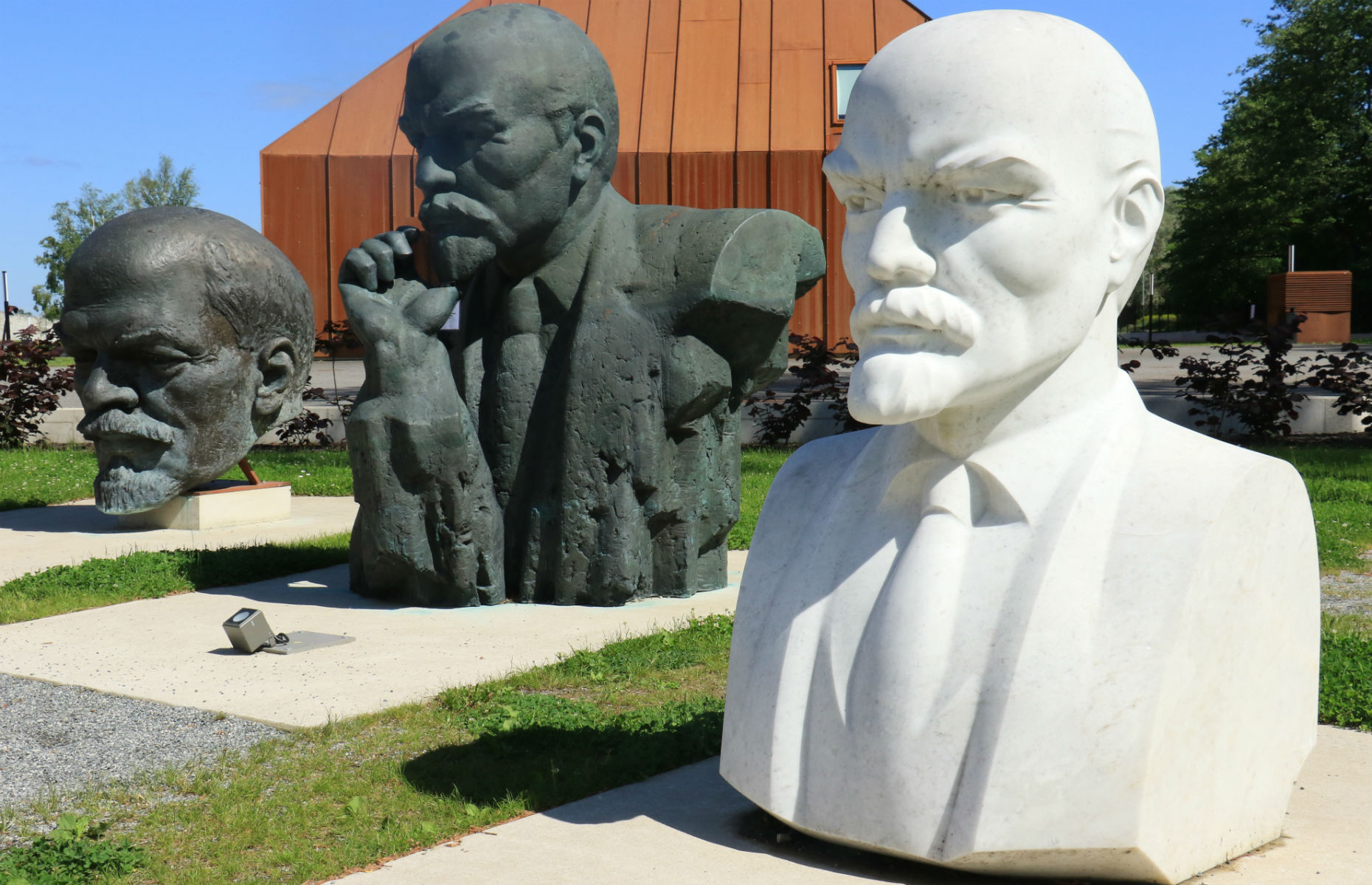 Out of the city centre

The Kadriorg district in the northeast side of the city conjures up images of imperial Russia as it was here in the early 18th century that Peter the Great established his summer estate in honour of his wife, Catherine I. The baroque Kadriorg Palace wouldn’t look out of place in most grand European capitals and the surrounding gardens are the perfect place for a wander. 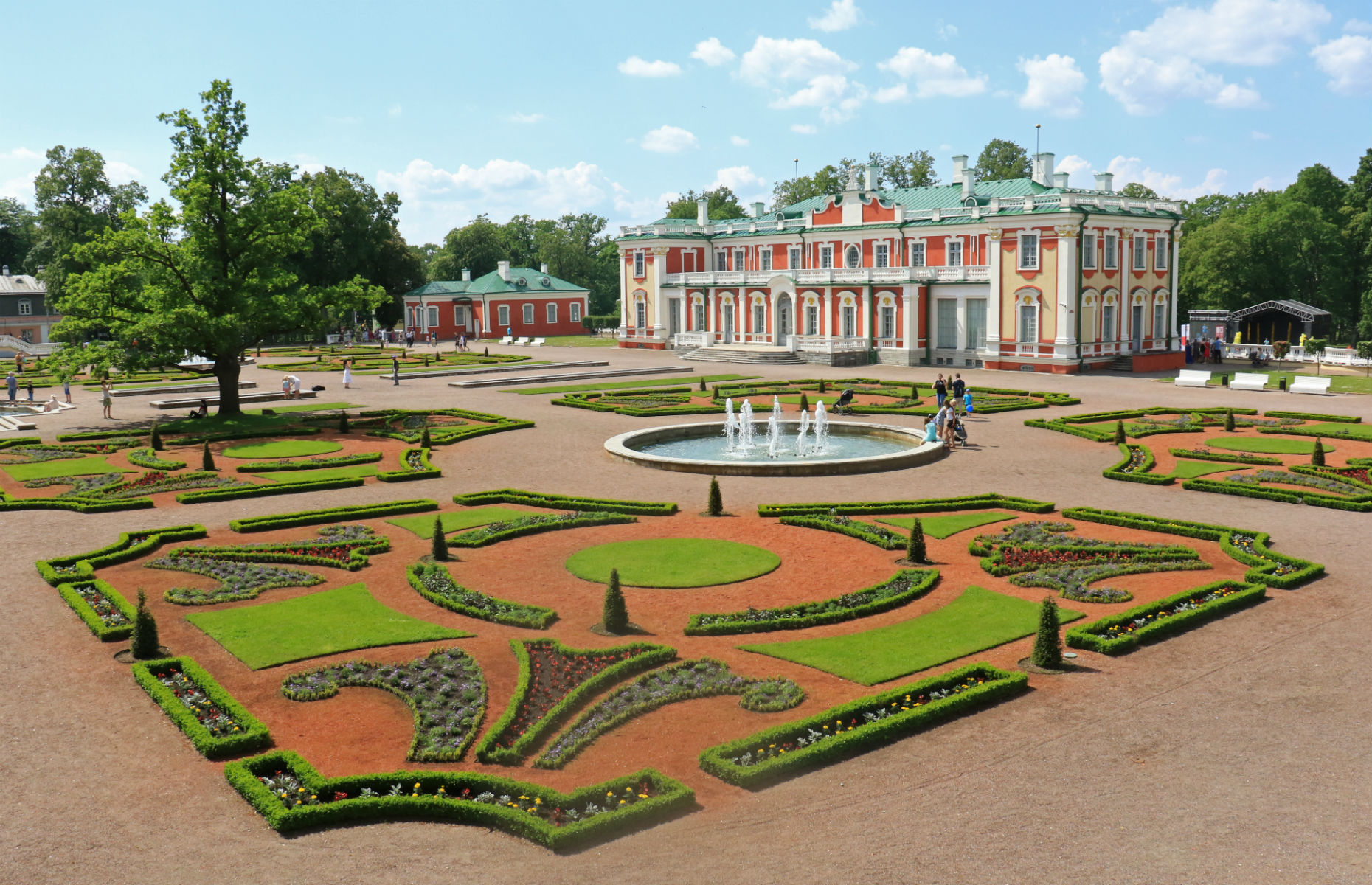 Further along the coast, you come to the seaside playground and residential area of Pirita where the people of Tallinn go to relax in the summer. The two-mile stretch of white sand beach is perfect for dipping a toe into the Baltic Sea.

Tallinn is very compact, albeit hilly, so staying anywhere in the Old Town will give you the chance to visit all the main attractions by foot. If you want a more olde-world feel, not to mention high-quality cuisine, stay at the Hotel CRU, just a stone’s throw away from Town Hall Square. 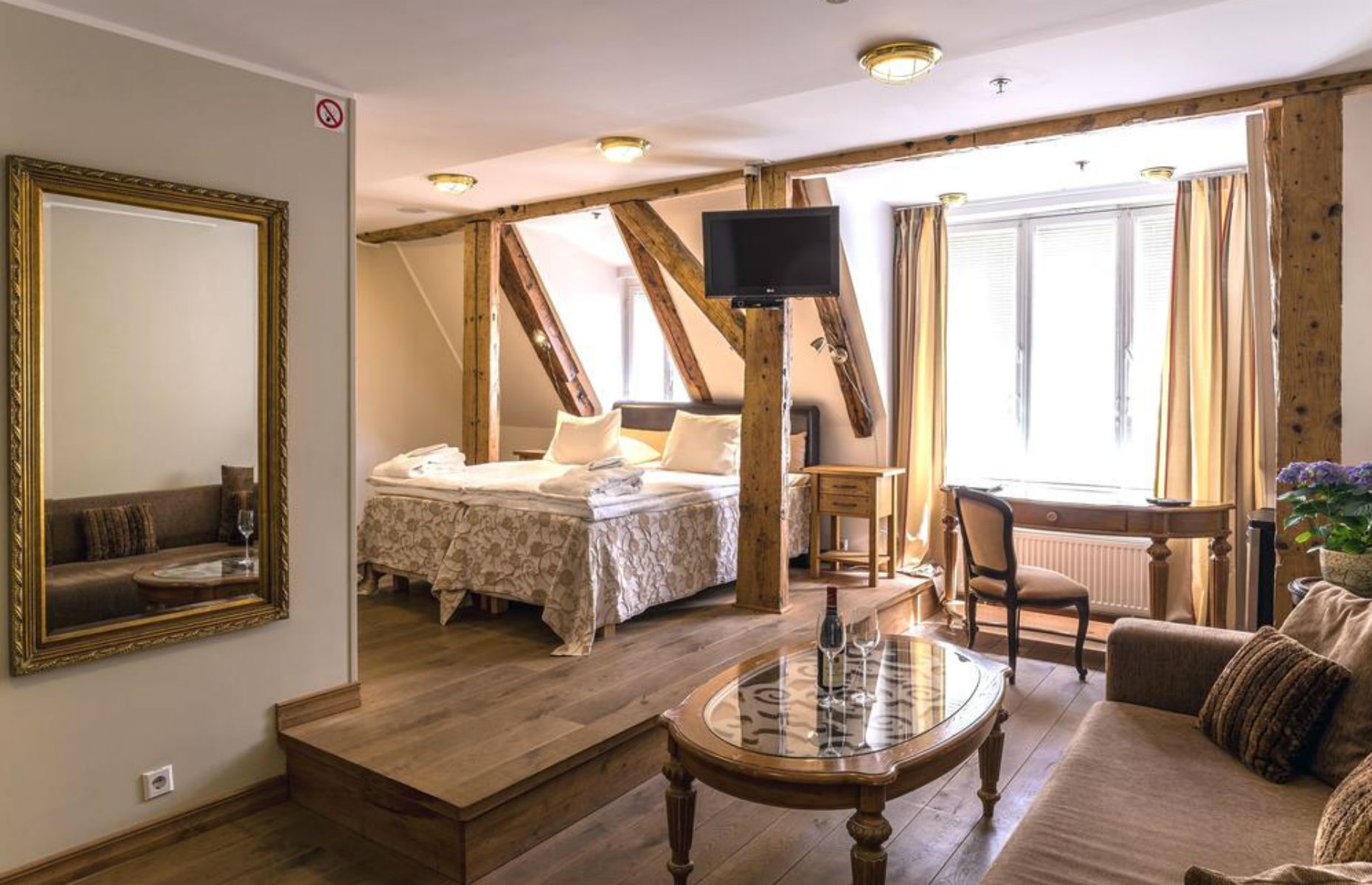 But if chilling out is more your thing, the elegant Hotel Von Stackelberg and its Zen Spa at the edge of the city centre is worth a look. 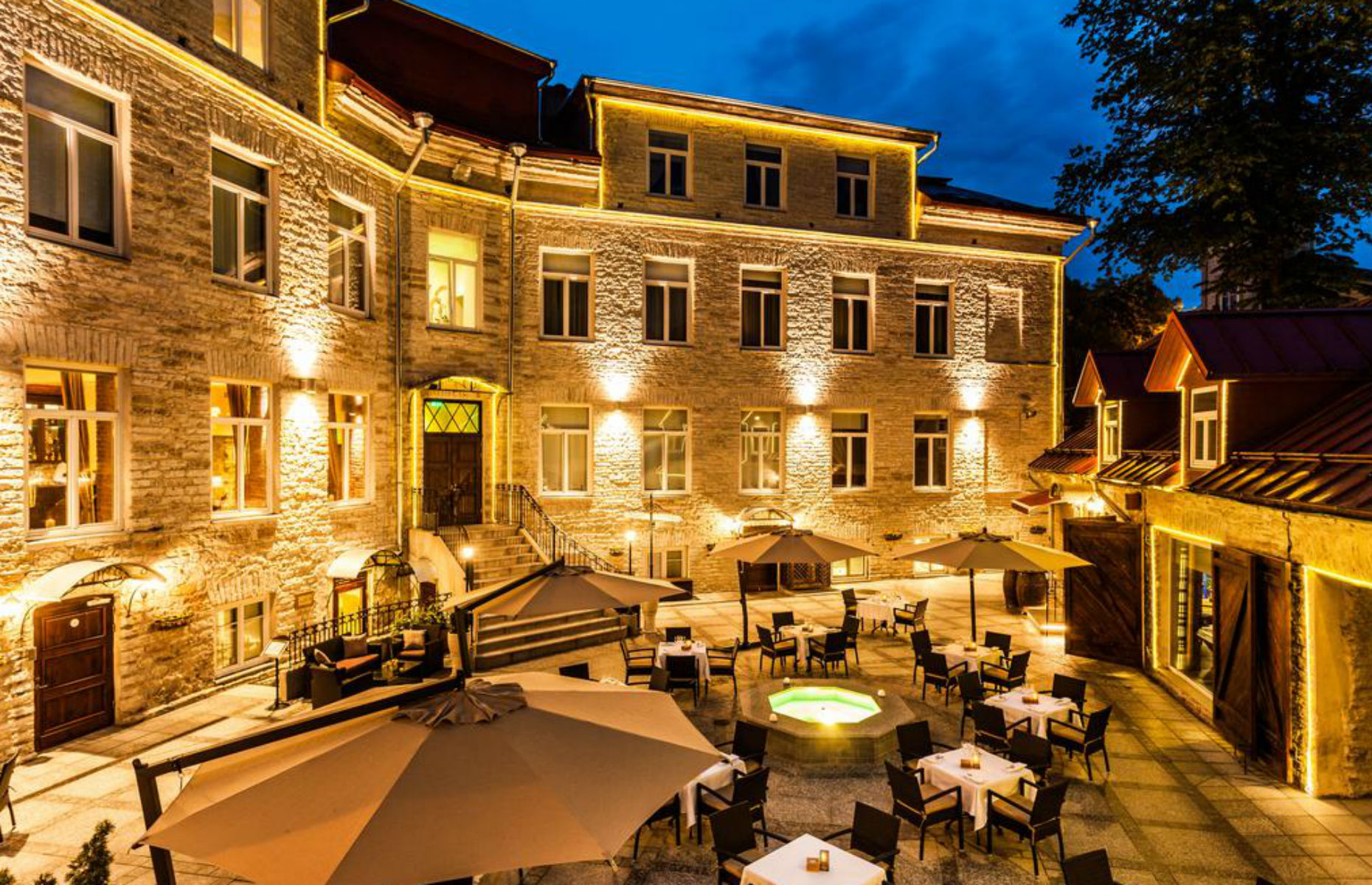 What and where to eat in Tallinn

For those on a budget, head to the Balti Jaam Market near the station for street food, fresh fruit and vegetables and other goods. The nearby Telliskivi Creative City is the perfect place to grab a coffee or a snack while scouring the goods of a flea market or independent shops.

In the city centre, the quirky and colourful Must Puudel, or “Black Poodle”, offers a range of well-priced creative meals including decent vegetarian options. If you want a bit more drama with your dinner, to head Olde Hansa, which offers a range of medieval dishes such as wild game in a candlelit setting. 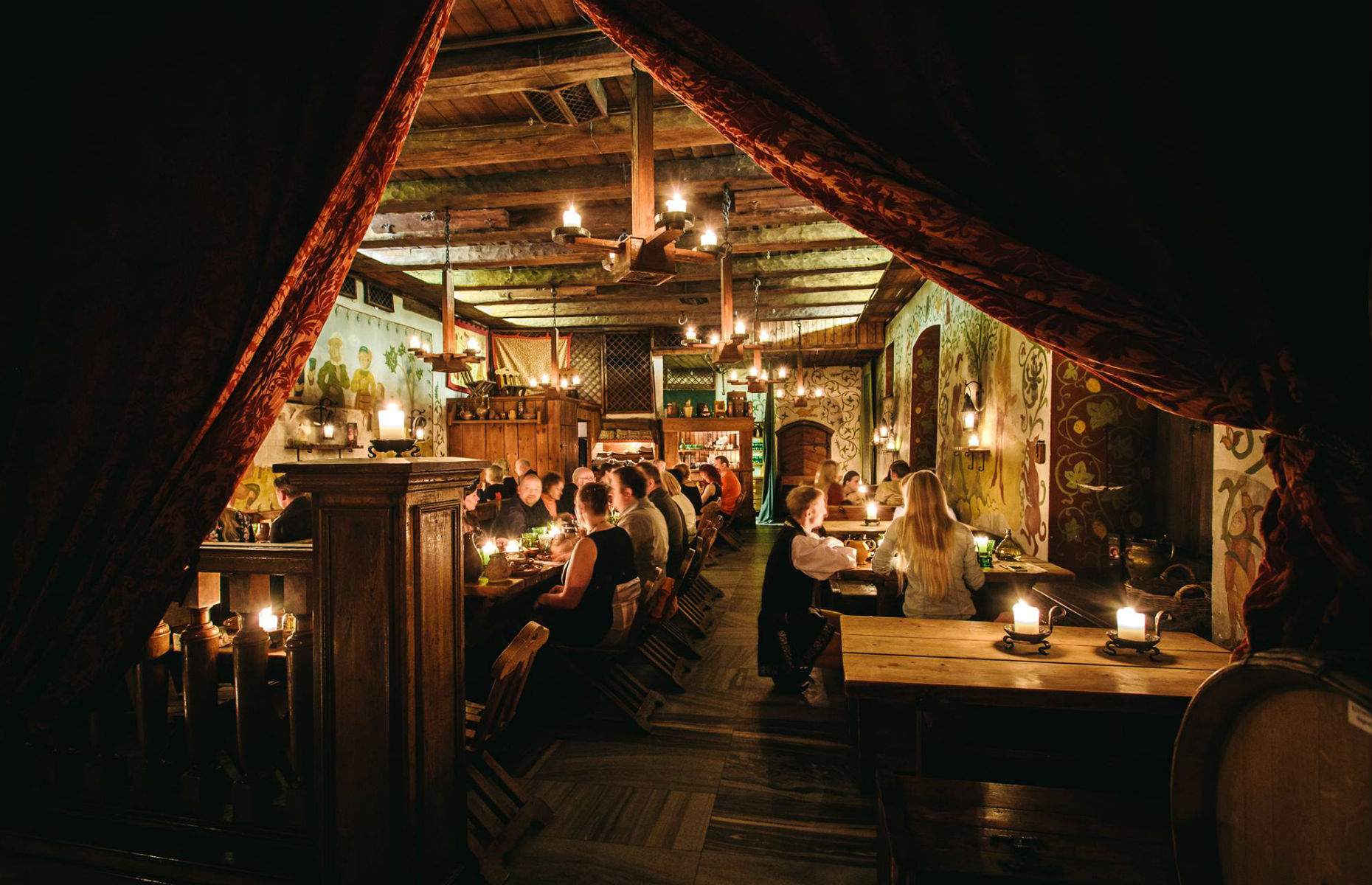 For fine dining, try one of the tasting menus at Restaurant Ö.

Check-in at: the Hotel Cru and walk through the Old Town to Toompea to start your tour where the city itself was founded.

Admire the view: at the Kohtuotsa and Patkuli viewing platforms before heading down Pikk jalg or Lühike jalg (‘Short Leg’ Street) into the Lower Town.

Lunch at: the Pegasus Restaurant on Harju, a popular venue with artists, poets and writers since 1962. 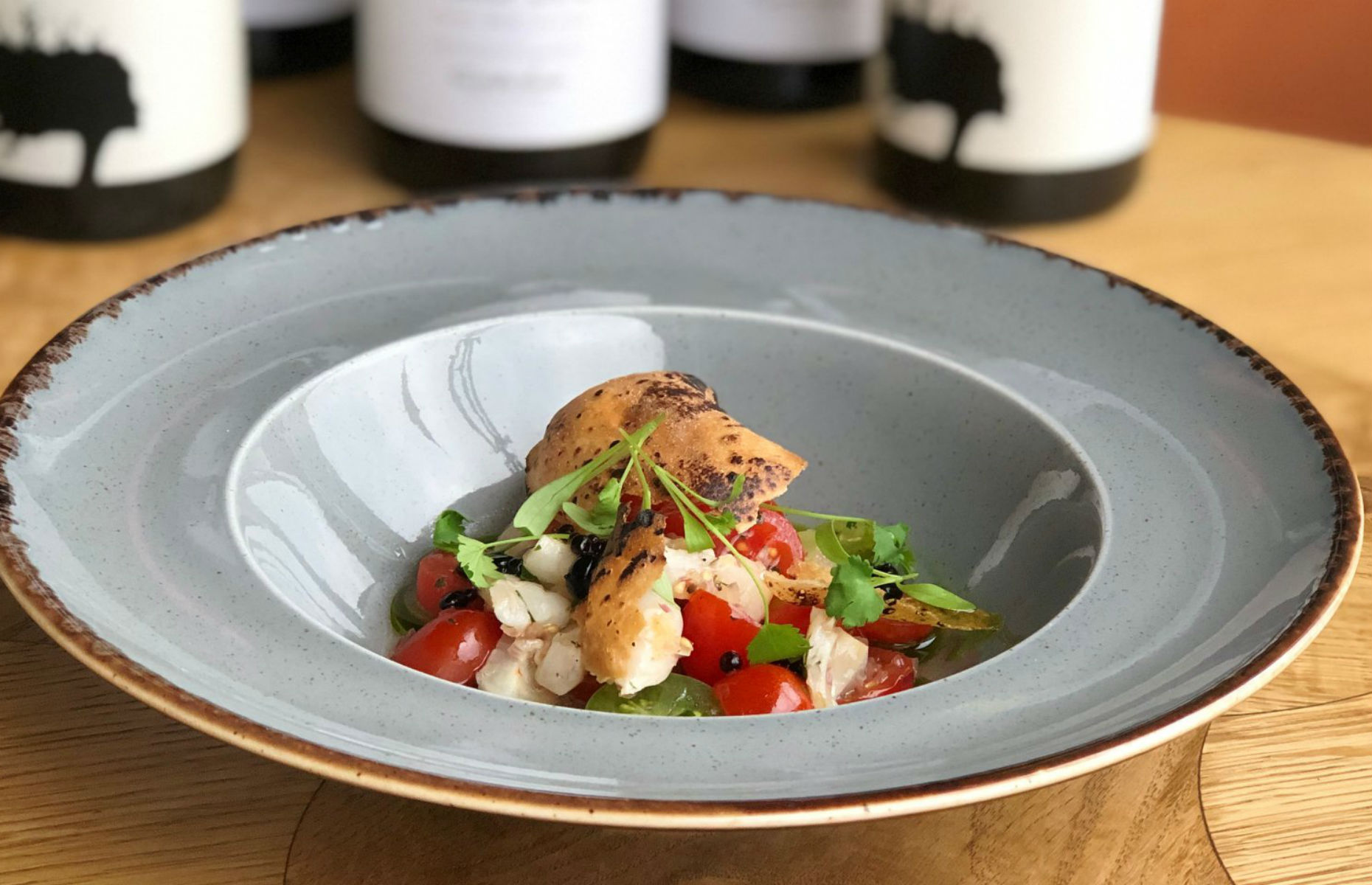 Explore: the sights of Town Hall Square and the Lower Town and try to see the city’s five medieval spires by standing on the compass rose in the middle of the square.

Dine at: Olde Hansa to try traditional Hanseatic dishes such as wild boar washed down with honey beer, served to you by a waiter dressed as a medieval minstrel. 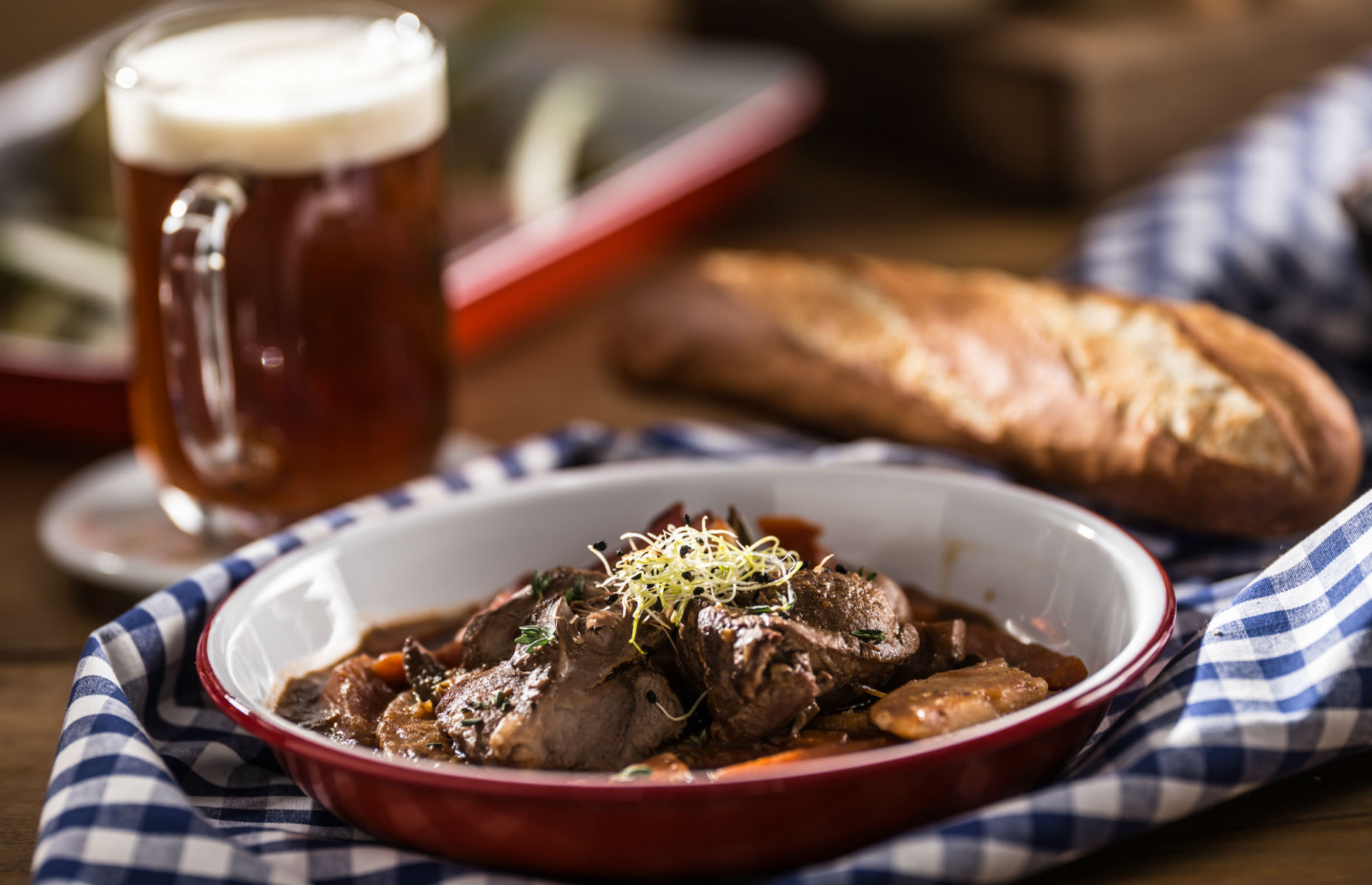 Take a tour: to learn more about the city’s communist past. Either book in advance to visit the former spy station at the KGB Museum in the Sokos Hotel Viru or turn up for the free Communist Tallinn walking tour, which runs daily throughout the summer.

Lunch at: Balti Jaama Market for a quick bite on the go.

Stroll through: the quiet streets of Kalamaja to the Seaplane Harbour where you can enter a full-size submarine, before admiring the post-industrial sights of the Baltic seafront. 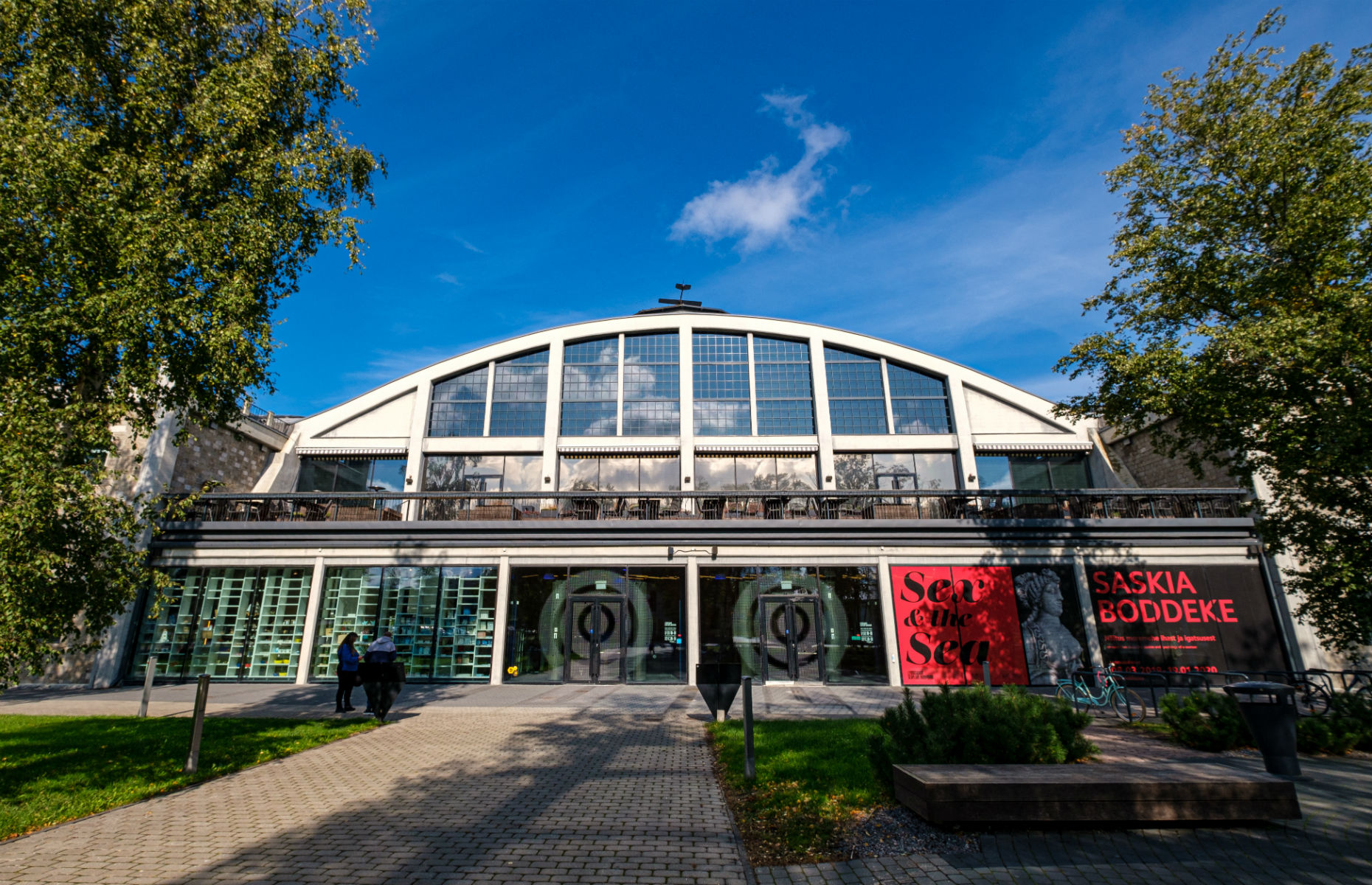 Wine and dine at: the bars and eateries of Telliskivi Creative City. The mutton dumplings in mushroom sauce at F-Hoone are not to be missed. 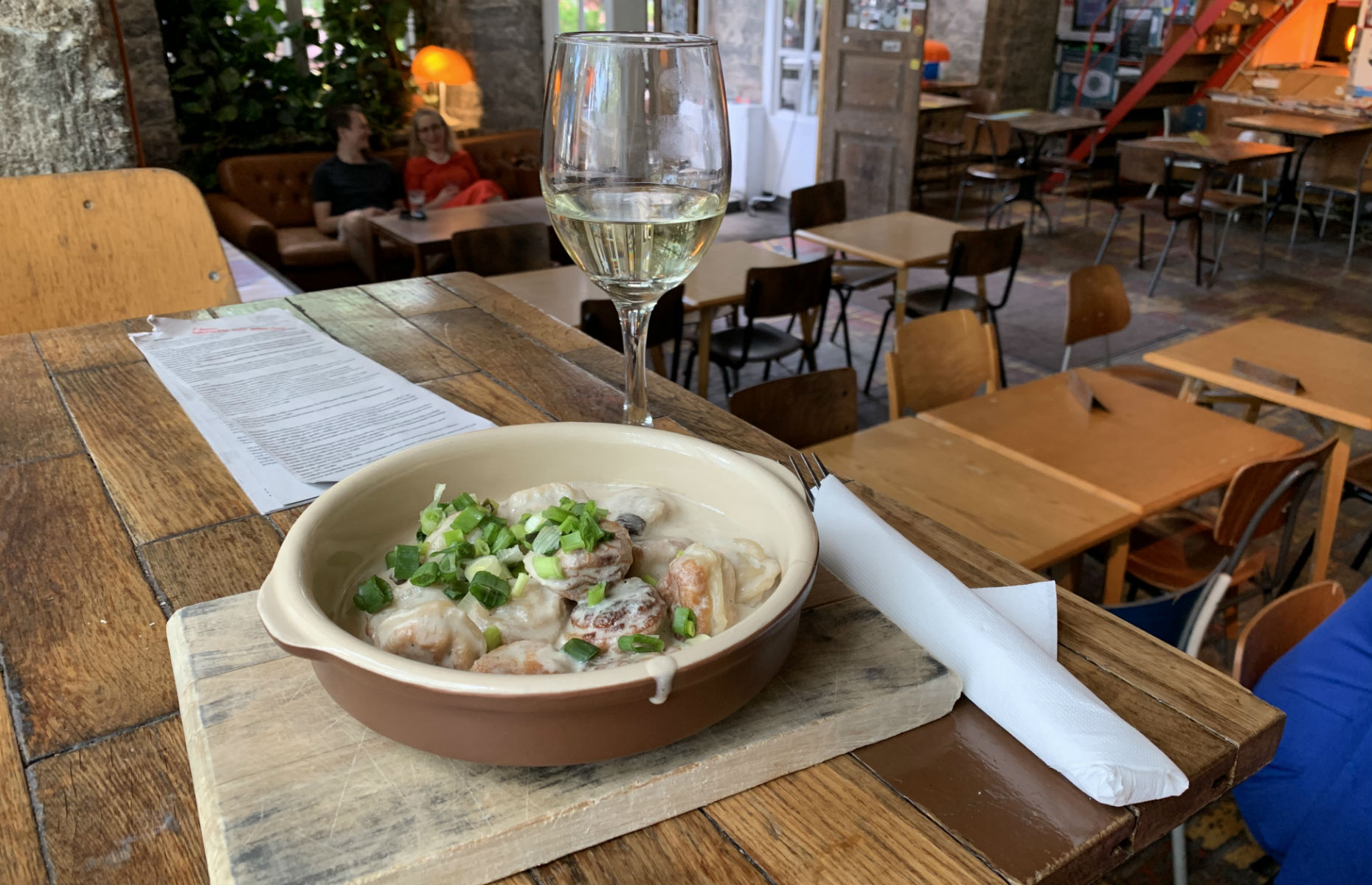 Head out east: to visit Kadriorg Palace, admire the gardens and take a relaxing stroll in the woodland.

Lunch at: Restaurant Maarjamäe in the grounds of the Estonian History Museum before admiring the abandoned Soviet statues in the rear garden.

Join the locals: with a walk or cycle down the 1.25 mile-long Pirita Promenade to hang out with the beach-goers at Pirita Beach.

Dine out: with a tasting menu at Restaurant Ö to experience the best of Estonian cuisine.