From honey-hued chateaux in the Napa Valley to boutique wineries on an industrial estate, California’s wine-tasting landscape is as varied and complex as the vintages it produces. Here’s how to find your ultimate grape escape.

There’s a vine-striped pocket of California to suit pretty much every palate – even ones that aren’t particularly into wine.

You could find your favourite spot while strolling through the labyrinthine cellars of a Tuscan-style winery in Napa, quaffing Cabernet Sauvignon straight from a French oak barrel. Or perhaps while perching on a smooth rock on a Mendocino beach, uncorking a bottle of Pinot Noir and burrowing your toes in the sand. Maybe you fancy following the winery roads around Santa Barbara. 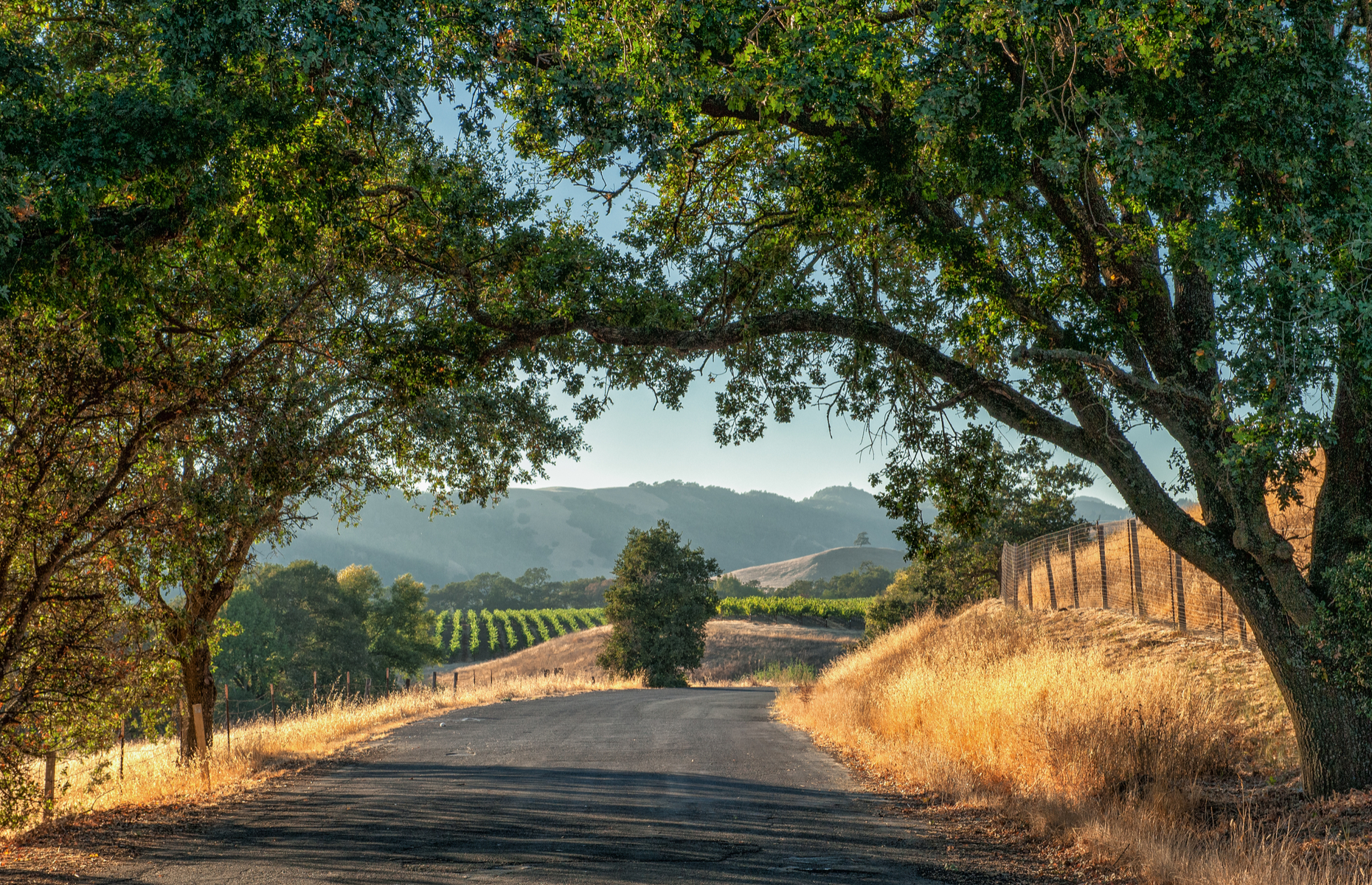 These landscapes, encompassing valleys ringed by jagged mountains and hillsides cooled by coastal breezes, are intoxicating with or without a glass in hand.

Here’s our pick of the best areas to soak up the scenery (and the wine).

Wine regions don’t come much more classic than Napa, which rose to fame after beating French vintages in two blind-tasting categories at the 1976 Judgement of Paris. It hasn’t let down the side since, with more than 400 wineries of all shapes and sizes.

The sprawling valley, around an hour’s drive north of San Francisco, is best-known for Cabernet Sauvignon poured in the elegant chateaux flanking Highway 29, with quieter tasting rooms found along the wiggly Silverado Trail. 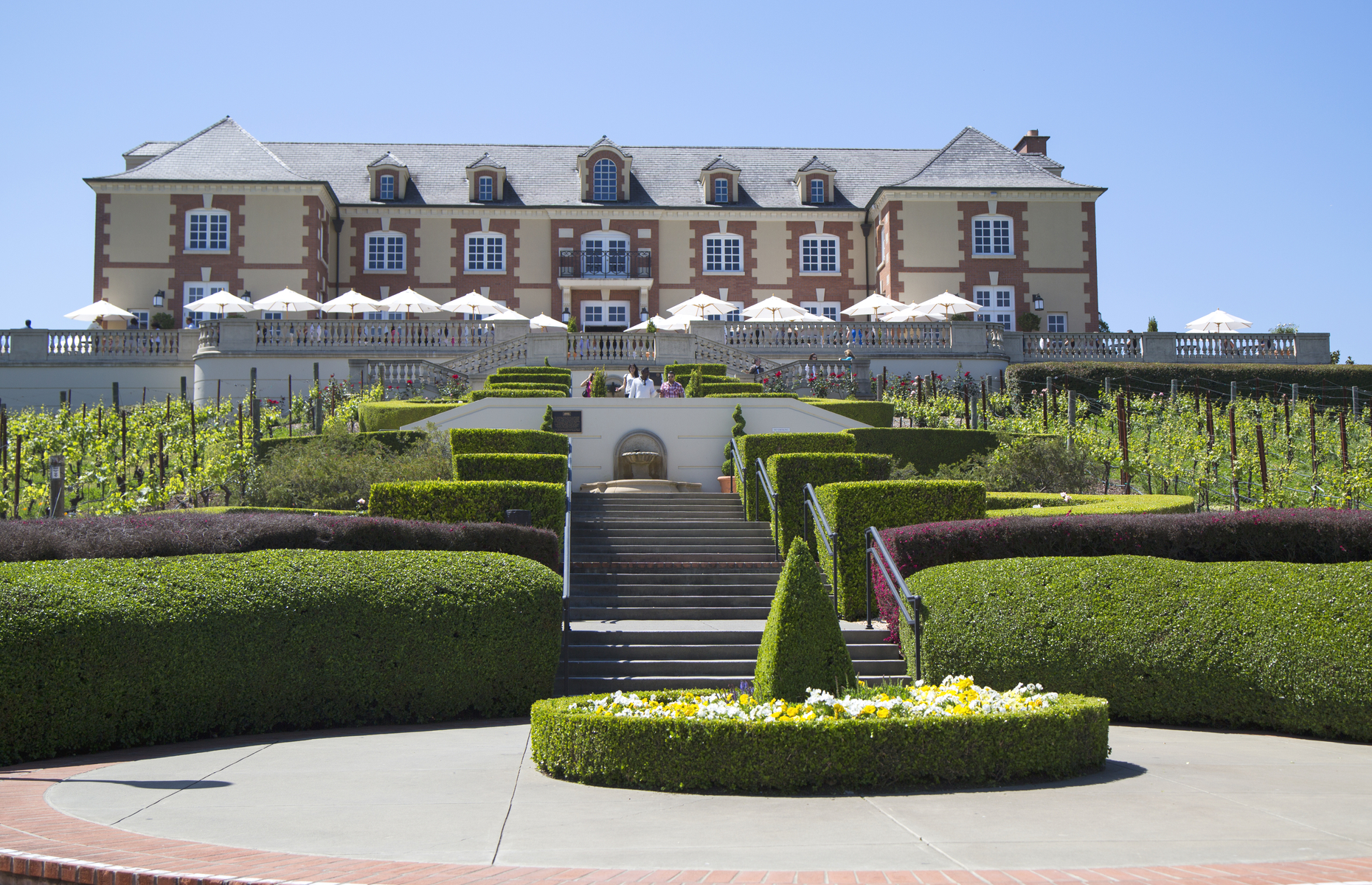 Between tastings, potter around one of the valley’s small towns including boutique-filled St. Helena and foodie hub Yountville, home to three Michelin-starred The French Laundry.

Calistoga Motor Lodge is a revamped motel with caravan-themed rooms and a retro spa, MoonAcre, which draws from the area’s natural hot springs and volcanic mud.

See the valley in all its glory from the sky. Napa Valley Aloft launches daily hot-air balloon rides at dawn for stunning views of sloping vines, woodland, tiny towns and, on a clear day, the San Francisco skyline and Golden Gate Bridge. 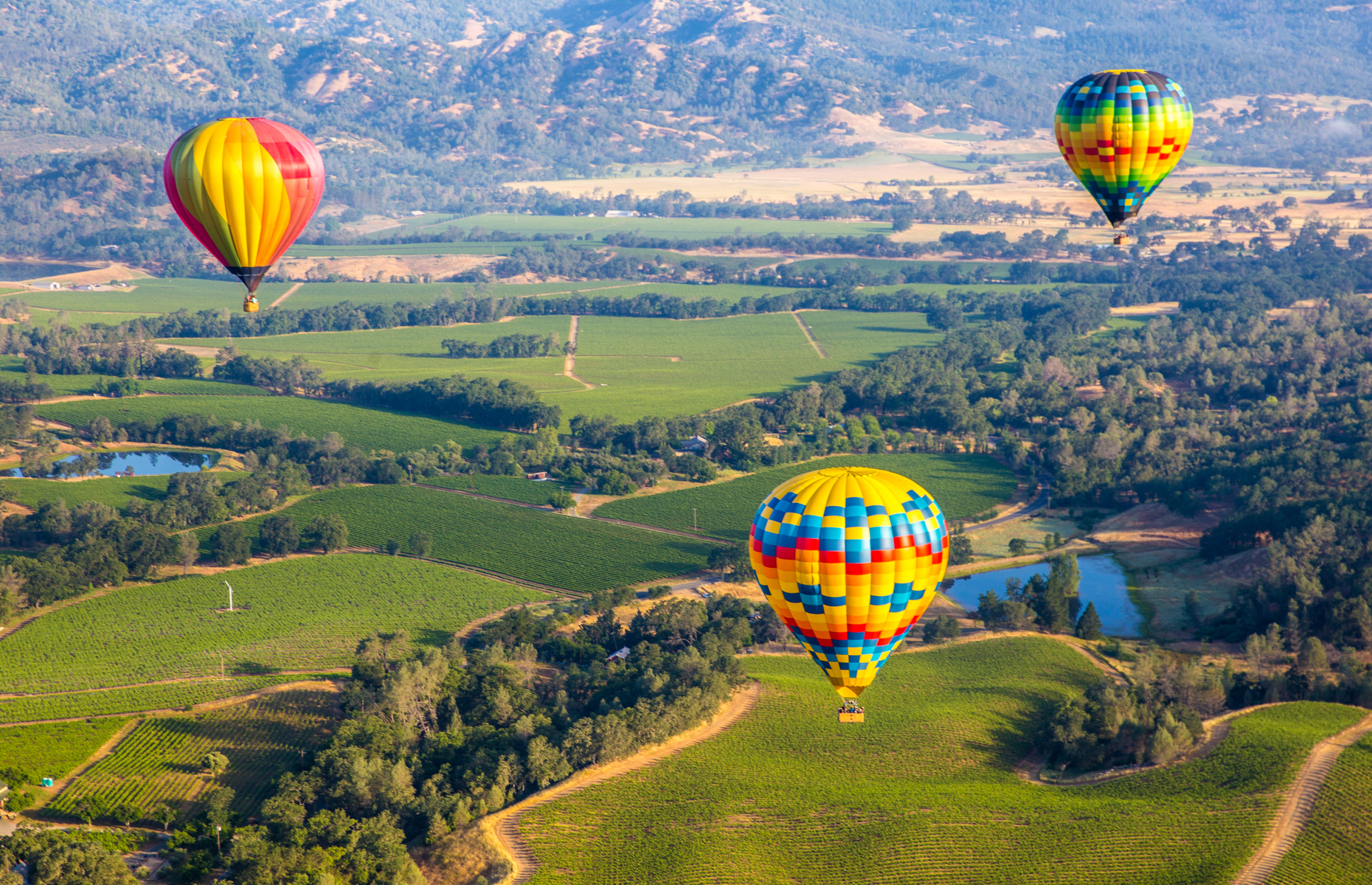 Adjacent to Napa and sprawling out to the coast, Sonoma has a chilled-out vibe even during peak summer and harvest seasons.

Sonoma has grand tasting rooms including Buena Vista, the oldest commercial winery in California, which runs cellar tours and has an on-site museum. But much of its charm lies in the boutique and family-run places. Visit three or four in a day with specialist tour company Platypus.

Guests at luxe Fairmont Sonoma Mission Inn are greeted with flutes of pink fizz and have access to the spa’s cabana-circled outdoor pools and mineral baths. 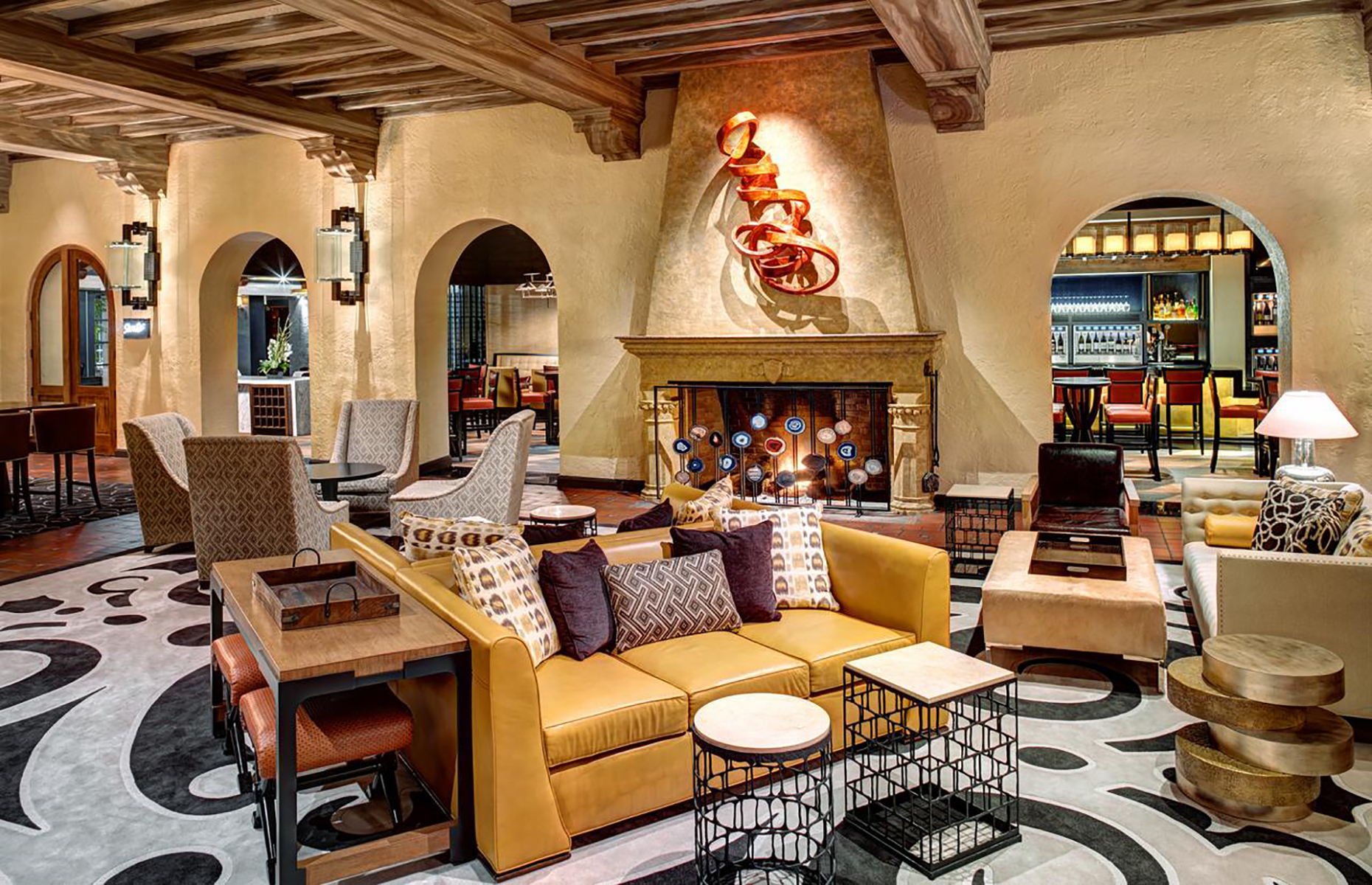 Head to Healdsburg, one of Sonoma County’s loveliest cities. You could easily while away an afternoon exploring stores like dog boutique Fideaux, with racks of dapper collars and coats, before sampling lavender and almond cupcakes at Moustache Baked Goods.

Halfway between Los Angeles and San Francisco, Paso Robles produces top-rated Zinfandels and Chardonnays. Yet it lacks the pretension and the crowds of more famous wine regions. 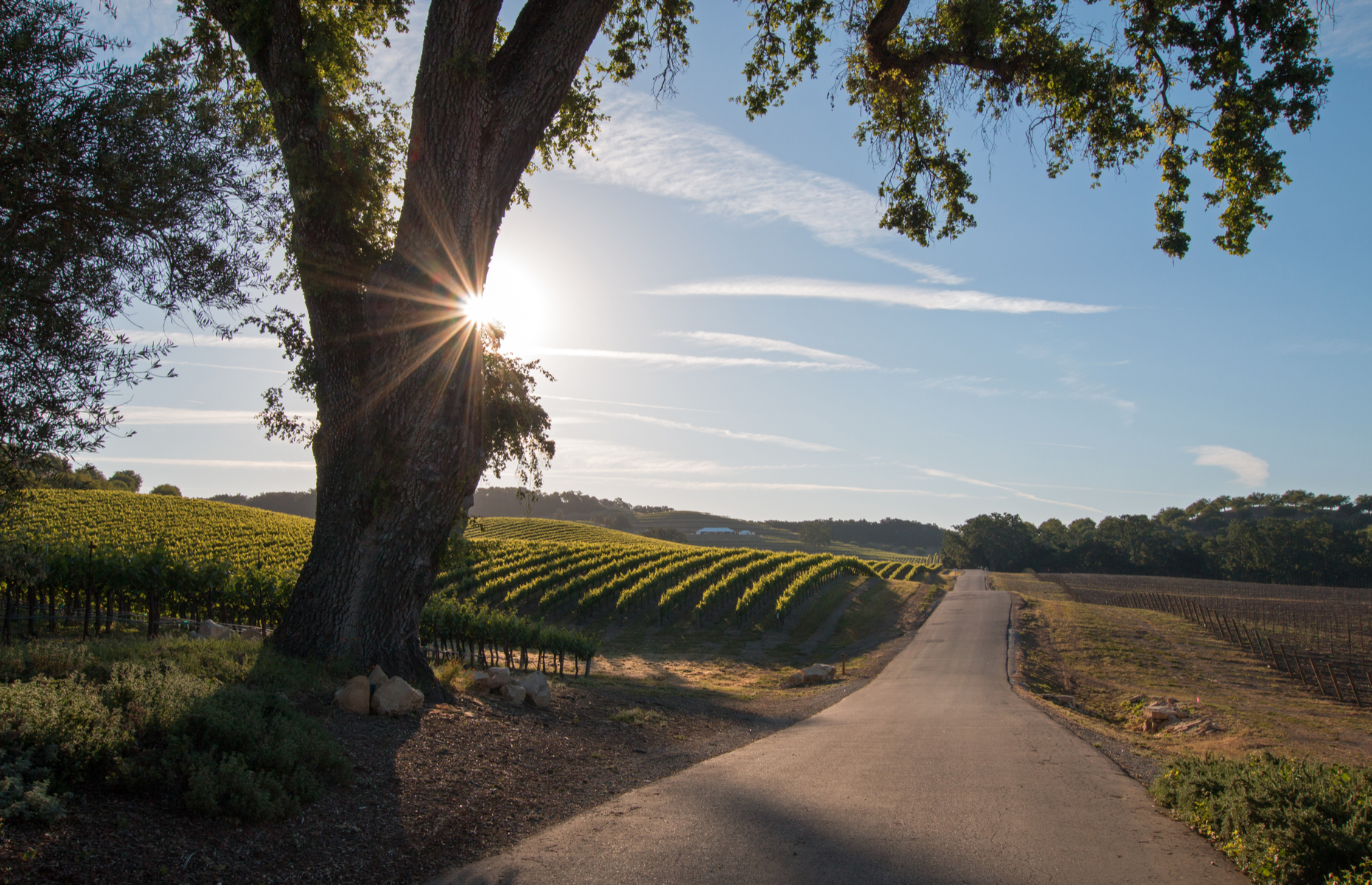 Most of the 300-plus boutique wineries are spread along ribbon-like Vineyard Drive and Highway 46, which slices through a landscape of hillsides studded with ancient oaks.

The 16 serene, stylish rooms at Hotel Cheval are arranged around a central courtyard. There are fire pits and a “s’mores butler” who toasts marshmallow-and-biscuit sandwiches to order. 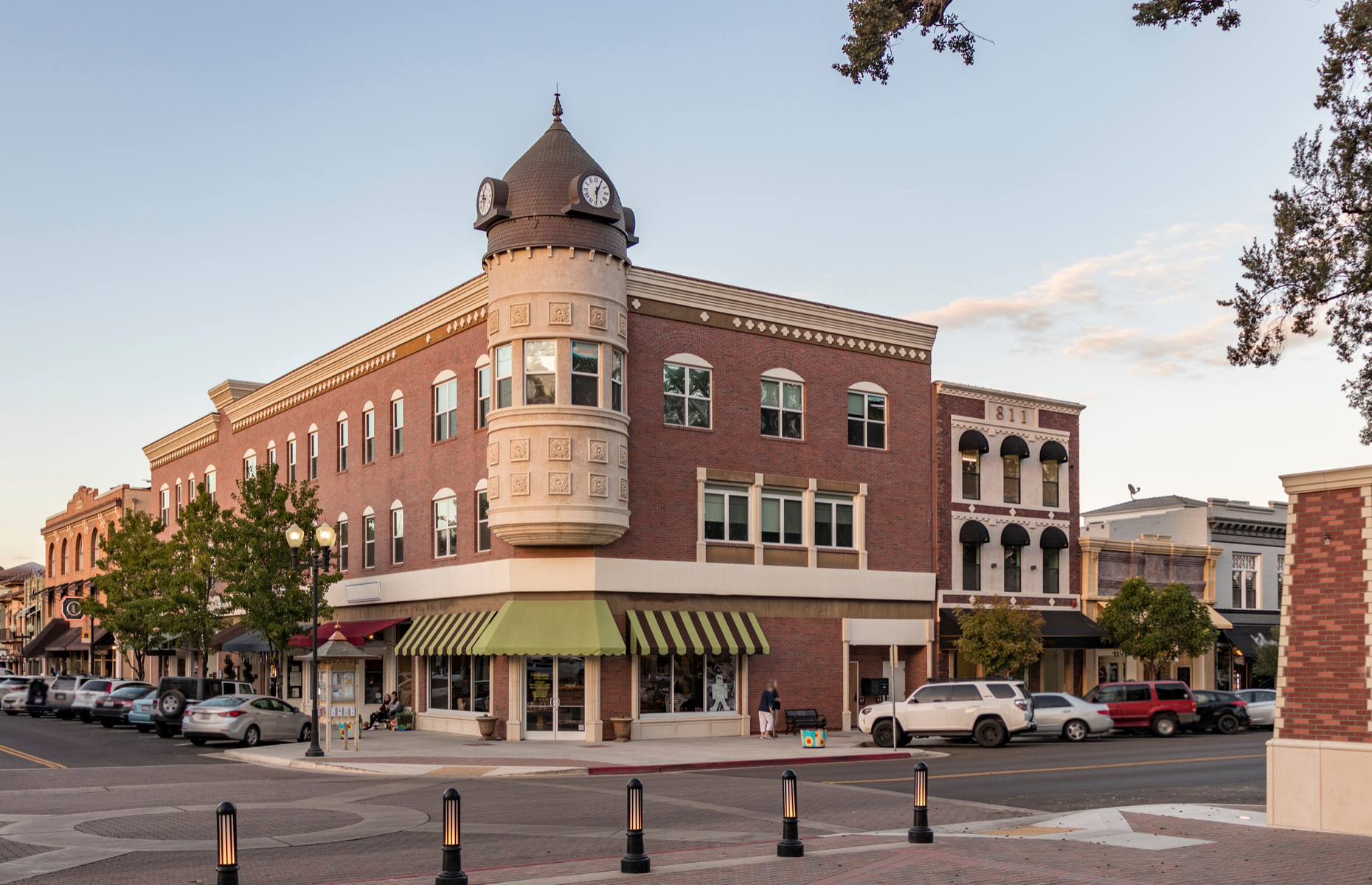 Fans of cult wine movie Sideways can follow in the characters’ unsteady footsteps around Santa Barbara, a two-hour drive northwest of Los Angeles. The city is famed for Spanish architecture, shopping and surfing, with several AVAs (American Viticultural Areas) on its doorstep.

Santa Ynez Valley is the biggest, with 120 wineries lining its bucolic back roads. Taste more Chardonnay and Pinot Noir in the Santa Rita Hills and visit small wineries dedicated to Syrah in Ballard Canyon. 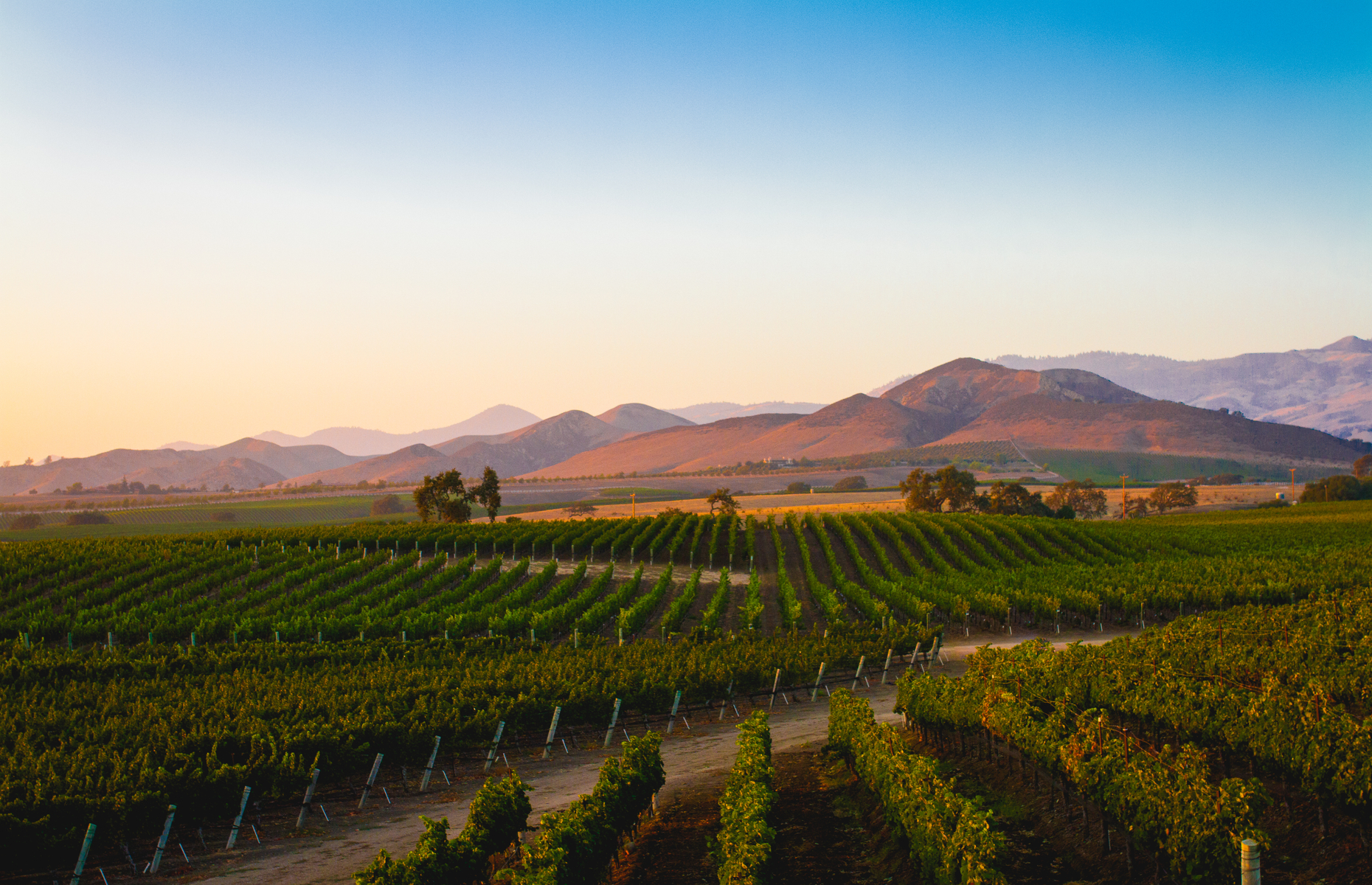 It’s Christmas pretty much year-round in Solvang, a cute Danish-settled town filled with shops selling tree decorations and festive souvenirs. Elegant Hotel Corque is walkable from the town’s attractions and a short drive from the vineyards (just make sure you have a designated driver). 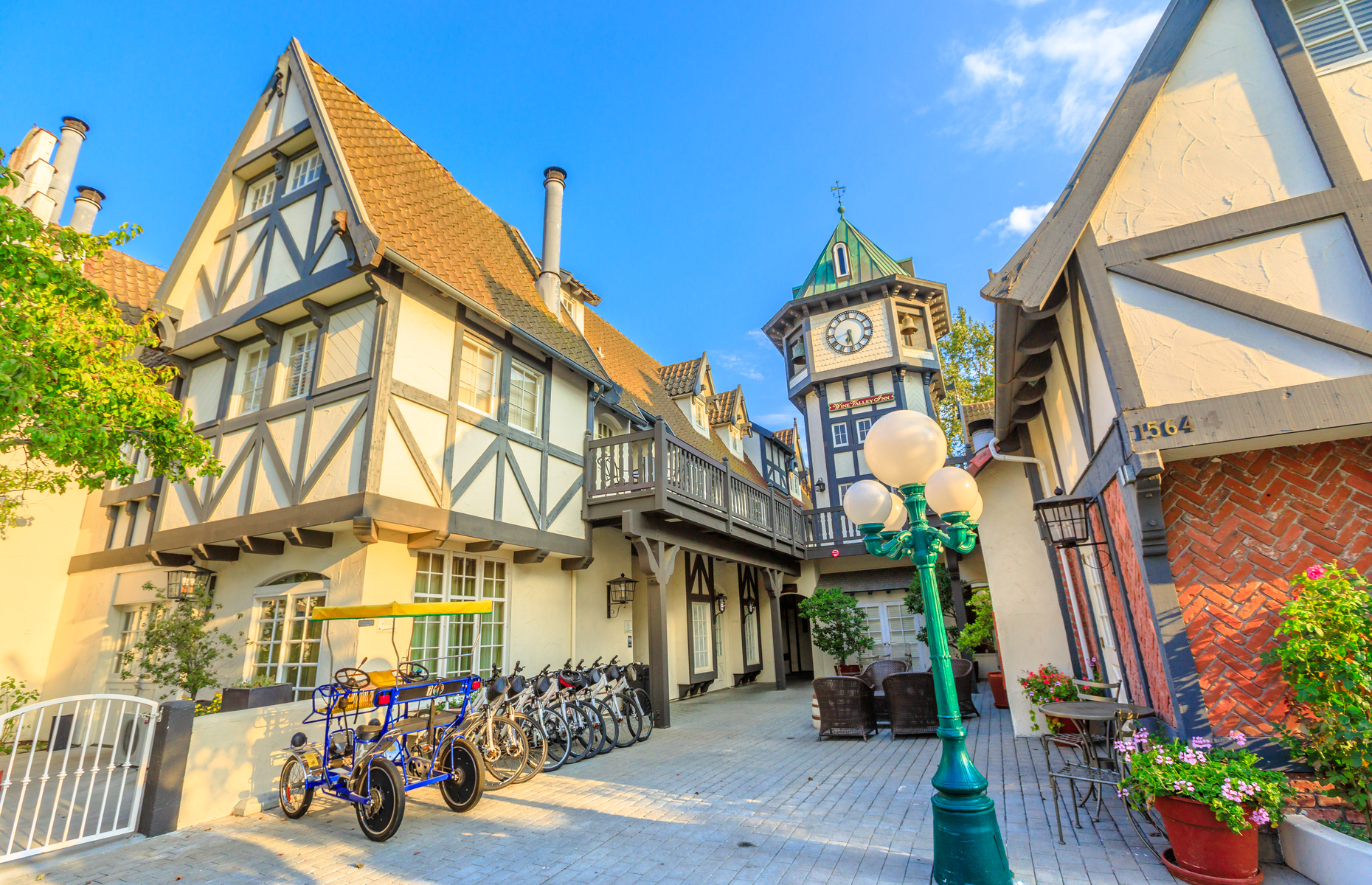 Indulge your Sideways sensibilities further with a meal at Buellton steakhouse The Hitching Post II, where several of the film’s key scenes are set (and where love interest Maya waited tables).

A couple of hours’ drive north of San Francisco, Mendocino hugs a ruggedly beautiful and refreshingly uncrowded stretch of coastline. The area’s 11 AVAs nestle among this spectacular landscape, ranging from the high-elevation vines of Mendocino Ridge to Cole Ranch with 60 acres of Riesling, Cabernet Sauvignon and Merlot.

One of the prettiest tasting routes is redwood-shaded Highway 28, the heart of laid-back Anderson Valley. This area is renowned for Pinot Noir and champagne-method fizz, all poured without a note of pretension. 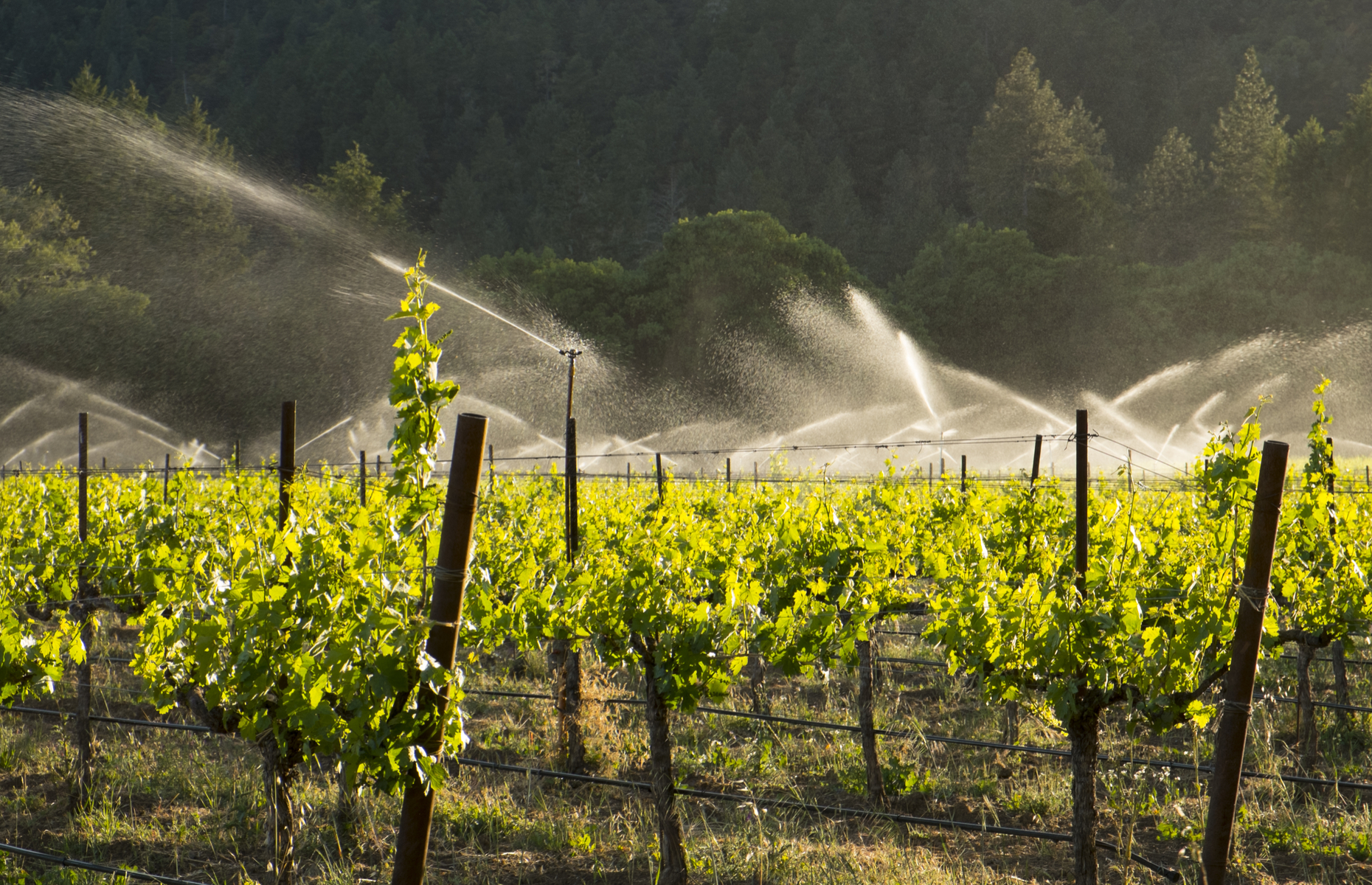 The cute cottages at Lodging and Llamas are surrounded by fields where the namesake, fluttery-eyed creatures graze. You can even take a short trek with the llamas, ending with a wine and cheese picnic on the beach.